Where Was Lifetime’s The Holiday Dating Guide Filmed? Who is in the Cast? 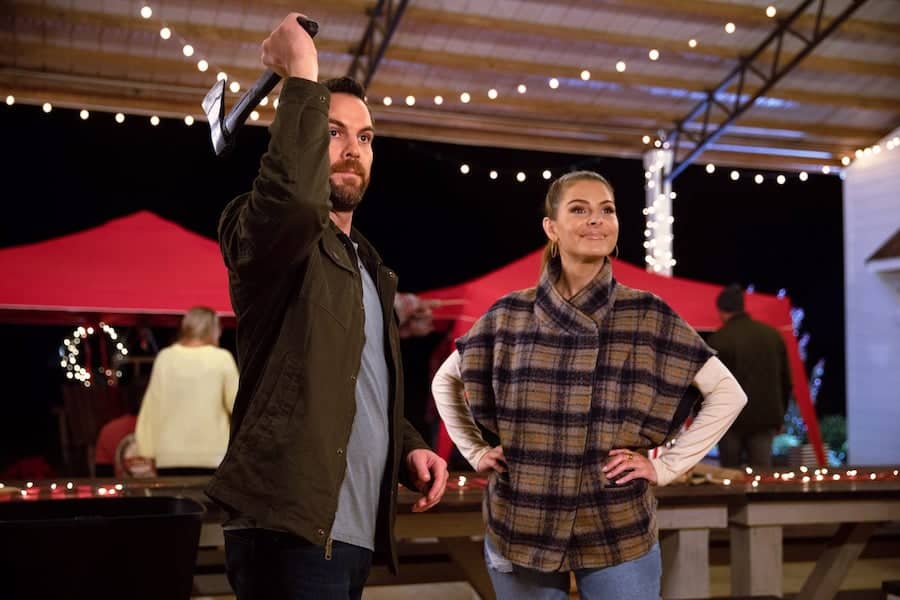 Lifetime makes the holiday season even more special for viewers with its array of interesting Christmas movies. One such Christmas romance film is ‘The Holiday Dating Guide,’ directed by Brian Herzlinger. The film follows dating coach and aspiring writer Abigale Seaver as she attempts to publish her first guidebook on dating in the modern world. However, her publisher, Jack, refuses to publish her book without solid proof that the dating advice in the book can be put to practical use. To prove to Jack that the guidebook works, she promises him that she will make a man fall in love wither by Christmas.

Abigale attempts to get a man to fall in love with her in 12 days, and in her endeavor, she meets Michael, and they eventually fall in love in reality. A part of the ‘It’s A Wonderful Lifetime’ lineup, the movie touches upon several themes, including finding love over Christmas even for the tough souls, which keeps the viewers hooked on the narrative. Moreover, the backdrop of picturesque locations makes one wonder where ‘The Holiday Dating Guide’ was shot. In that case, we have got you covered!

‘The Holiday Dating Guide’ was filmed entirely in Georgia, specifically in Tifton. The principal photography for the Christmas movie seemingly commenced in July 2022 and wrapped up in early August of the same year. Located in the Southeastern region of the United States, Georgia is the nation’s eighth most populous state. Thanks to its diverse landscape, flora, and fauna, the Peach State makes a suitable filming site for different productions. Now, let us take you through all the specific places that appear in the Lifetime movie!

All the scenes of the holiday movie, ‘The Holiday Dating Guide,’ were lensed in Tifton, Georgia. For recording all the indoor scenes, the cast and crew seemingly utilized the premises or set up camp at a soundstage in one of the film studios in the city. The Peach Barn, located just outside Tifton, was used to film a few scenes. It was reported that the director changed the script and set the location to the Tifton, where it was filmed. In conversation with Tifton Grapevine, Brent Bailey said, “After seeing all the unique landmarks around town, Brian decided to change the setting to Tifton.”

Even the starting lines of the film were changed to “Tifton, Georgia; it’s beautiful.” The film was shot in the warmth of summer in July, where the cast had to put o layers of clothing and pretend it was snowing. When asked about his proudest moments in the film, producer Mike Donovan told AfterBuzz TV: “First, shooting a Christmas movie in the middle of summer in Georgia when it’s 90+ degrees outside is a much bigger feat than you might imagine. Pulling it off is entirely thanks to our crew.”

Known as “The Friendly City,” Tifton features red-bricked Victorian architecture to entice tourists. Situated in the middle of central Georgia, Tifton is known worldwide for its pivotal role in agricultural research. The township houses the main campus of the prestigious Abraham Baldwin Agricultural College. Other productions filmed in the beautiful township of Tifton are, ‘Bandit,’ ‘White Elephant,’ ’72 Hours,’ and ‘Gasoline Alley.’

In the Lifetime production, Maria Menounos essays the role of dating guide and writer Abigale Seaver. You might recognize the actress from her other works, such as ‘The Holiday Mix Up,’ ‘The Boys,’ and ‘Entourage.’ Brent Bailey, who also serves as the writer of ‘The Holiday Dating Guide,’ appears as Michael, Abigale’s love interest. He is known for his performances in other productions such as ‘A Cape Cod Christmas,’ ‘The Stairs,’ ‘Girlfriend of Christmas Past,’ ‘Doom Patrol,’ ‘Agents of S.H.I.E.L.D.,’ and others.

Read More: Where Was Hallmark’s Twas the Night Before Christmas Filmed? Who is in the Cast?