Where Was Hallmark’s Twas the Night Before Christmas Filmed? Who is in the Cast? 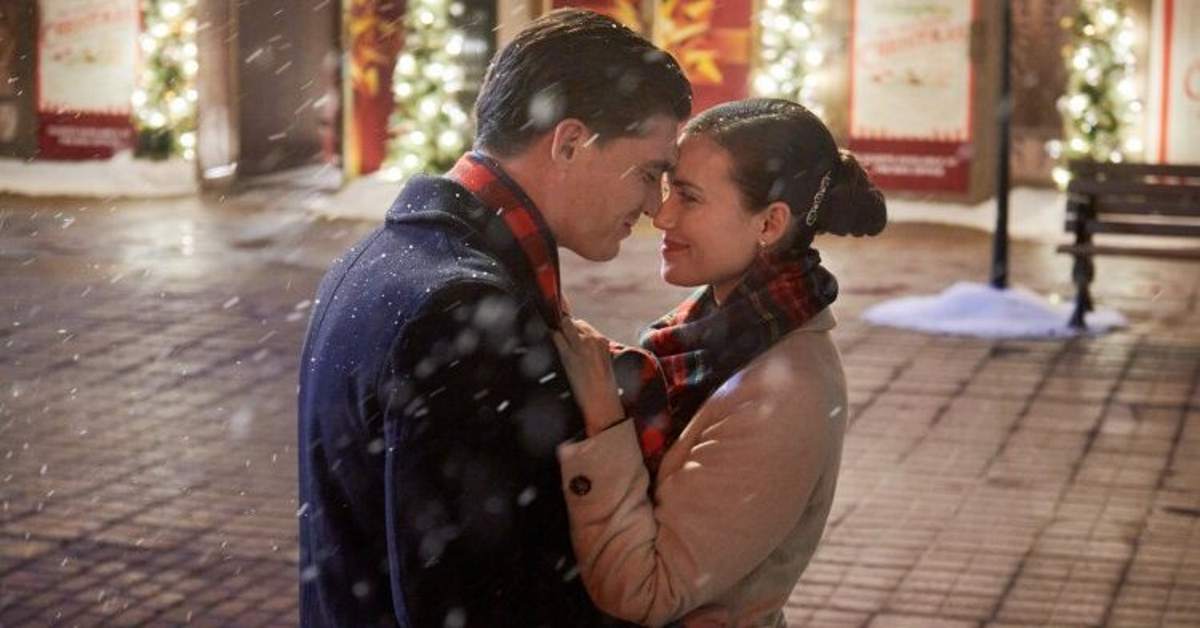 ‘Twas the Night Before Christmas’ is a heartwarming Christmas film with a tinge of drama that captures the essence of the holiday season. The film follows former actress Madison Rush as she takes the helm of the production of an exciting courtroom drama play that deals with the ownership of the poem ‘A Visit from St. Nick.’ Directed by Gary Yates, the Hallmark film is a part of the ‘Countdown to Christmas’ lineup. The lighthearted movie creates a perfect balance between a holiday romance and drama.

The film is inspired by the real courtroom trial that took place centuries ago over the authorship of the poem ‘A Visit from Saint Nicholas,’ which was published in the Troy Sentinel newspaper on December 23, 1823. Since the staged courtroom theatre is named the Sparks Street Theatre, many of you must be curious to know whether it is a real place and if the film was actually filmed there. If you are curious about the same, we’ve got you covered.

‘Twas the Night Before Christmas’ is set in the utterly festive town of Ottawa in the Canadian province of Ontario. Interestingly, the movie was also filmed there, entirely on location. The principal photography of the movie wrapped up on October 20, 2022. Here are the details about the specific locations where the shooting of the Hallmark production took place!

‘Twas the Night Before Christmas’ was primarily lensed in and around Sparks Street, a pedestrian mall located in the Canadian capital city of Ottawa in Ontario. Reportedly named after a farmer named Nicholas Sparks, Sparks Street is famous for its Christmas decorations. Upon being permanently transformed into an outdoor pedestrian street in 1967, it became the first permanent open-air pedestrian mall in North America. Sparks Street has many outdoor dining options as well as several sculptures and fountains, extending from Elgin to Bank Street.

Located in the heart of Ottawa, the famous street is also known for its rich heritage. It was once home to a few of the greatest theatres in the Great White North, namely the Regent theatre and Mall theatre, which have since gotten demolished. Ottawa is surrounded by several residential areas and natural havens that allow people to enjoy a bit of everything. It is also one of the main reasons why the city is quite popular among filmmakers.

Not only is Ottawa home to some of the best production facilities, but it also provides a variety of backdrops that significantly reduces the amount the crew might have to spend on commute. Over the years, Ottawa has served as a shooting spot for several Christmas movies like ‘Hotel for the Holidays,’ ‘Royally Wrapped for Christmas,’ ‘The Christmas Setup,’ and ‘Too Young to Marry.’ Thus, it is not surprising why the cast and crew of ‘Twas the Night Before Christmas’ chose the city as a shooting site.

Twas the Night Before Christmas Cast

The movie ‘Twas the Night Before Christmas’ stars Torrey DeVitto and Zane Holtz in the lead roles as Madison Rush and Connor Avery, respectively. DeVitto also has movies and shows like ‘The Rite,’ ‘Evidence,’ ‘I’ll Always Know What You Did Last Summer,’ ‘Pretty Little Liars,’ and ‘The Vampire Diaries’ to her credit. Meanwhile, Zane Holtz’s notable credits include ‘The Perks of Being a Wallflower,’ ‘Riverdale,’ ‘Katy Keene,’ and ‘From Dusk till Dawn: The Series.’

Read More: Where Was Hallmark’s Five More Minutes: Moments Like These Filmed? Who is in the Cast?