Where Was Hallmark’s Five More Minutes: Moments Like These Filmed? Who is in the Cast? 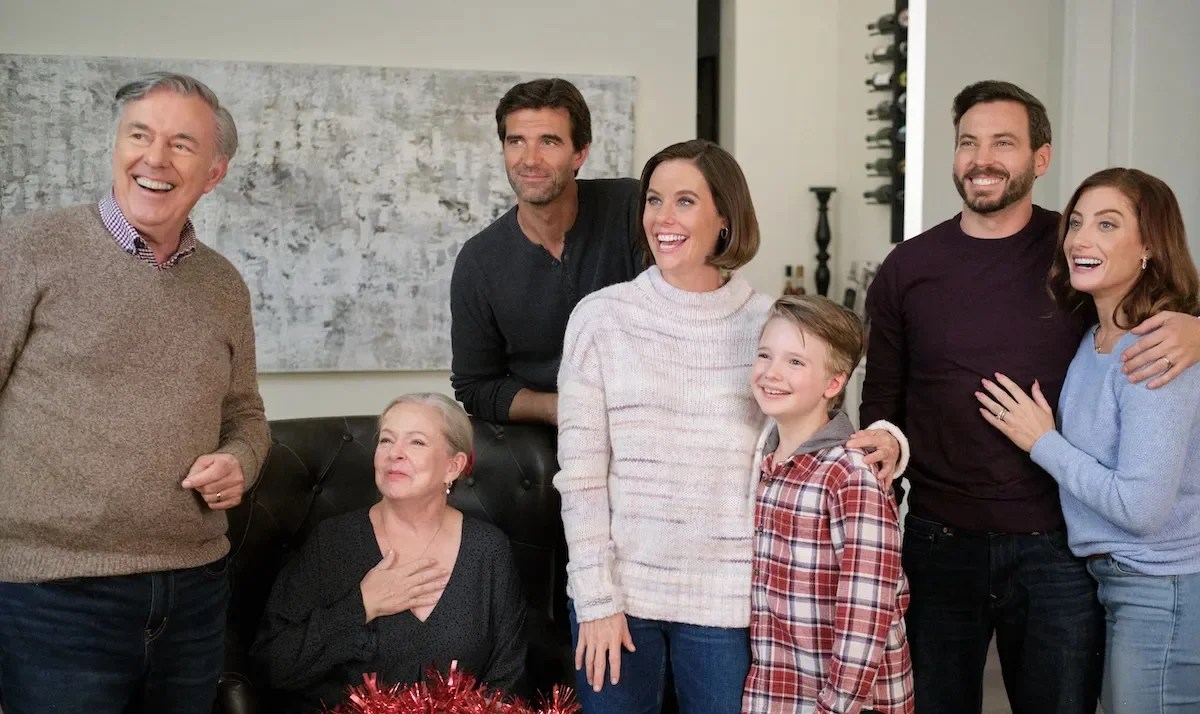 Part of Hallmark’s ‘Countdown to Christmas’ line-up, ‘Five More Minutes: Moments Like These’ is a romantic movie set against the backdrop of the holiday season. Directed by Kevin Fair, the film revolves around a young widow whose Christmas wish unexpectedly comes true. Kaitlyn relocates to Los Angeles with her young son Adam in hopes of a new beginning after losing her husband unexpectedly one Christmas Eve. As a single mother, Kaitlyn worries about her son, Adam, who is becoming more reclusive and wishes he could have just five more minutes with his dad.

Kaitlyn meets Matthew, a contractor and their feelings for one another begin to grow. The film ticks all the boxes of being the perfect heartwarming Christmas film with kids, families, and the holiday spirit. Additionally, the settings and backdrop elevate the festive spirit of Christmas, a colorful time that heals your heart and brings people closer, leaving one to wonder where ‘Five More Minutes: Moments Like These’ was shot. Curious about the same? Well, we’ve got you covered!

‘Five More Minutes: Moments Like These’ was filmed in British Columbia, mainly in Fort Langley. The principal photography commenced in October 2022 and wrapped up within a month of the same year. The region is well known for its dynamic culture and active way of life, which add to the holiday and festive feel of the holiday movie. Let’s explore the filming location where the heartwarming Christmas movie was shot.

‘Five More Minutes: Moments Like These’ was filmed in and around Fort Langley. To film interior and outdoor sequences against suitable backdrops, it appears that the cast and crew traveled around the city. Several other Christmas movies including, ‘A Kindhearted Christmas,’ ‘I’ll Be Home for Christmas,’ ‘The Nine Lives of Christmas,’ and others, have also been shot in Fort Langley because of its beautiful neighborhood. The film’s story is set during winter while filming took place in October. The crew had to create artificial snow in different ways, like snow blankets, fire retardant foams, and other techniques.

Fort Langley truly captures the Christmas spirit making the township one of the best places to shoot a holiday film. Talking about it, Erinn Kredba, Executive Director at Tourism Langley, said, “Made-for-TV holiday movies herald the start of the festive season for many people. For me personally, it’s always exciting to spot Township-based businesses in these films. With our beautiful backdrops and charming businesses, including farms, restaurants and wineries, it feels like Langley was made for the movies!”

Kredba added, “We wanted to create a fun way for people to feel like they’re in a holiday movie by visiting these spots during this festive time of year.”  She added, “Our hope is that by visiting some of the locations where these feel-good holiday movies have been featured, it will ignite the holiday spirit.”

Ashley Williams essays the role of Kaitlyn, the young widow, in the holiday movie. You might recognize her from her appearances in other productions such as ‘Two Tickets to Paradise,’ ‘Love, Classified,’ ‘Sister Swap: Christmas in City,’ and others. Lucas Bryant plays the role of Matthew in ‘Five More Minutes: Moments Like These.’ He has made appearances in other films, including ‘The Angel Tree,’ ‘Country at Heart,’ ‘Time For You to Come Home for Christmas,’ and others.

Read More: Where Was Hallmark’s Holiday Heritage Filmed? Who is in the Cast?