Where Was Netflix’s JUNG_E Filmed? 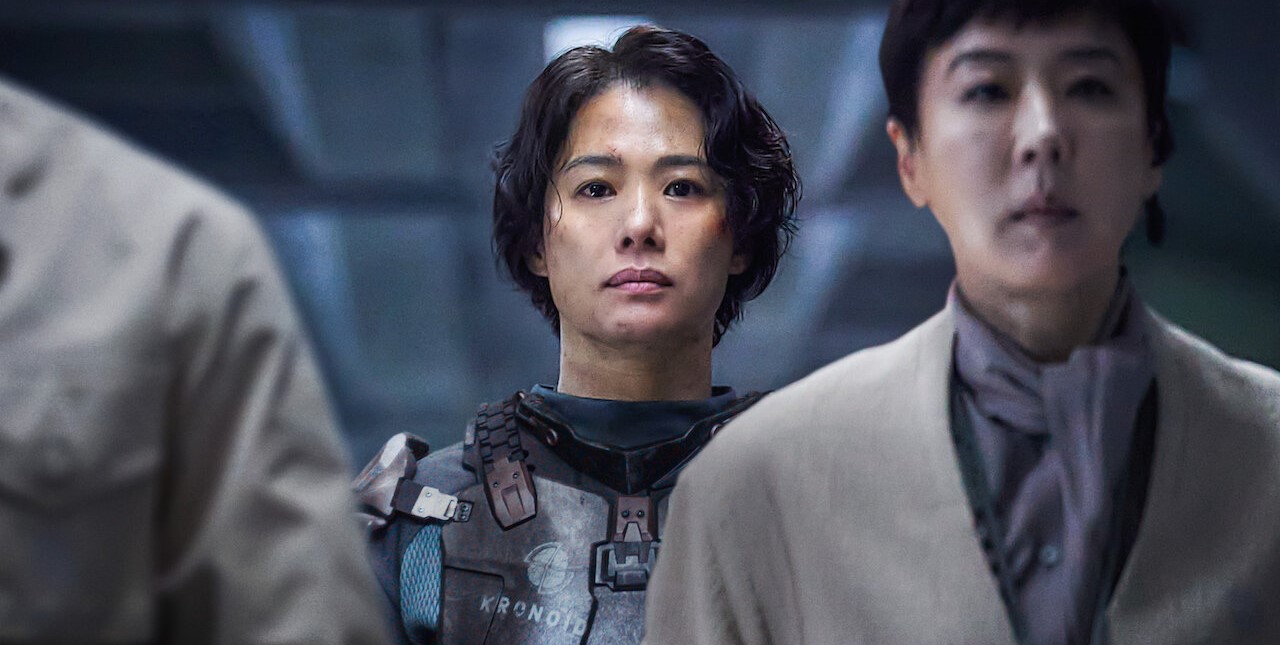 Written and directed by Yeon Sang-ho, Netflix’s ‘JUNG_E’ is a South Korean science fiction adventure drama movie set in the late 22nd century when the Earth has become an uninhabitable planet due to extreme climate conditions. Thus, humans are forced to live out their days in a man-made shelter in order to survive. Amidst all this commotion, a civil war breaks out.

In order to stop things from escalating, a powerful robot is developed by cloning the brain of the late legendary mercenary Jung_E. The action-packed narrative is complemented by the stellar performances of brilliant actors like Kang Soo-youn, Kim Hyun-joo, Ryu Kyung-soo, and Park So-yi. While the intriguing story of the future keeps the viewers hooked on the movie from the beginning to the end, the setting of a post-apocalyptic world makes many viewers curious to know more about the actual filming sites of ‘JUNG_E.’ Well, if you are one such curious soul, you might be interested in what we have to share!

‘JUNG_E’ was filmed entirely in South Korea, seemingly in Seoul. As per reports, the principal photography for the action film commenced in late October 2021 and wrapped up in late January 2022. Situated in East Asia, constituting the southern portion of the Korean Peninsula, as the name suggests, South Korea is a highly developed country and considered a regional power as it has one of the largest economies in the world. Now, without further ado, let’s dive right into the future and traverse all the specific sites that appear in the Netflix movie!

Most of the pivotal sequences for ‘JUNG_E’ were seemingly lensed in and around Seoul, the capital and largest metropolis of South Korea. From the looks of it, the production team possibly traveled across the metropolis to tape different scenes, both interiors as well as exteriors, against suitable backdrops. Moreover, it is highly possible that they utilized the facilities of one of the film studios in Seoul to make the post-apocalyptic setting in the movie as good as it appears.

Located in the northwest part of South Korea, Seoul is rated as an Alpha city by Globalization and World Cities Research Network (GaWC). Considered the business and financial hub of South Korea, the capital’s economy is dependent on numerous sectors, including manufacturing, commerce, technology, and finance, to name a few.

Not only tourists but many filmmakers also frequent Seoul for shooting purposes. Over the years, the metropolis and surrounding locales have hosted the production of many projects, such as ‘All of Us Are Dead,’ ‘Sense8,’ ‘The Bourne Legacy,’ ‘Space Sweepers,’ and ‘Time to Hunt.’