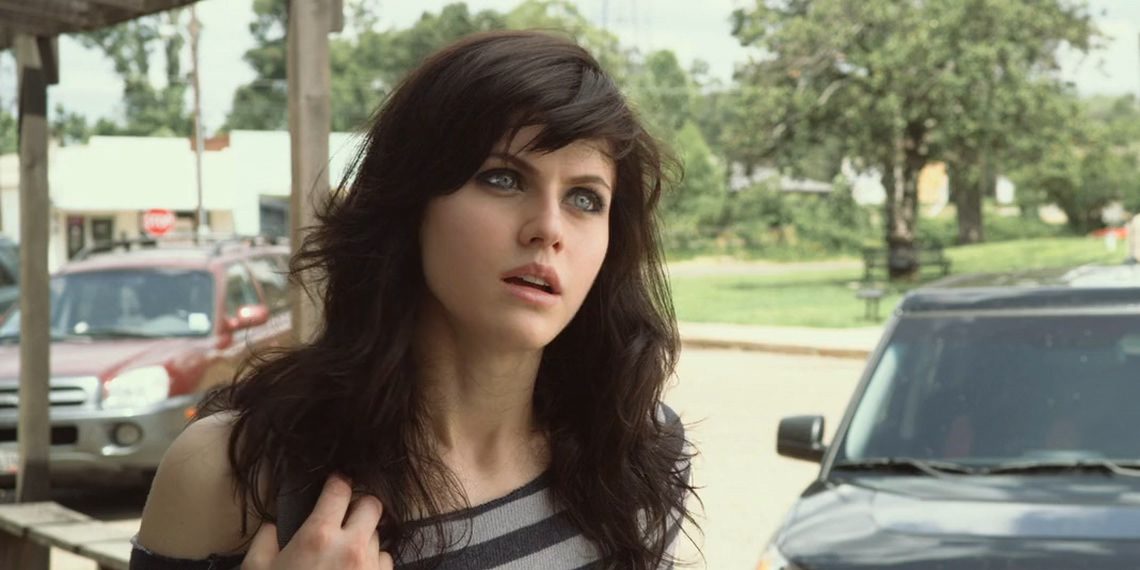 John Luessenhop directed the 2013 slasher horror movie ‘Texas Chainsaw 3D’ (or ‘Texas Chainsaw’), packing it with jump-scares, bloodbath, and face-stitching surprises. The movie is the seventh installment in the franchise. However, the story reads like a direct sequel to the happenings of the first genre-defining classic. Set nearly 40 years after the incidents of the first movie, the film follows Heather and her lively friends who return to the site of the massacre in Newt, Texas.

A friendly hitchhiker-turned-thief unleashes the chainsaw-armed frenzy of Leatherface, which leads to some horrific deaths. Alexandra Daddario takes up the central role alongside a slew of famous actors, including Gunnar Hansen and Marilyn Burns from the original movie. Most of the story unfolds in the small Texan township. If you seek to identify the places where the movie was filmed, let us guide you in the journey.

‘Texas Chainsaw 3D’ was filmed in its entirety in the US, especially in and around Louisiana. Filming commenced on June 28, 2011, and was wrapped up by August 25 of the same year. Anastas N. Michos, who handled the cinematography for the ‘The Kissing Booth’ series, took up the same responsibility in this movie. On the other hand, William A. Elliott of ‘The Nutty Professor’ fame took up the duty of production designing in the film.

The Louisiana state government features a scheme offering a tax credit of up to 40 percent to welcome cinematic productions. The success of the state film industry earned Louisiana the nickname “Hollywood on the Bayou.” Let us now take you to the specific locations where the movie was filmed!

Several sequences were filmed in Shreveport, a populous city in northwestern Louisiana by the Red River. Gradually, Shreveport has become a hotbed for cinematic productions, and the credit goes to stately infrastructure and welcoming locals. In their schedule, the film crew visited several places in the city, capturing sequences. A memorable scene in the carnival – where the Leatherface throws the chainsaw targeting the deputy Sheriff – took place in Cargill Park.

A spacious sports complex located at 7700 Lotus Lane, Cargill Park hosts a slew of local and national sports games every year. If you ever happen to be in town, you can head to the Spring Street Historical Museum for a crash course in local history. If art interests you more than history, you can head to the R.W. Norton Art Gallery, which hosts painting and sculpture exhibitions all around the year.

However, most of the filming took place in the small township of Mansfield, in the DeSoto Parish of Louisiana. The movie’s bloodbath predominantly takes place in and around the Carson estate in Newt, Texas. The crew never went to Texas. But an opulent country house and estate located at Par Road 522 proved to be ideal for the mansion. Several interior and exterior sequences were filmed in the property, which also provided the backdrop for the 2009 horror flick ‘The Collector.’ The crew also filmed in surrounding locations, including the Binning Billiards Fine Furniture store in the Mansfield town center.