Where Was The Baker’s Son Filmed?

‘The Baker’s Son’ is a Hallmark romantic comedy film that, interestingly, revolves around delicious bread. When the town baker falls for a visiting ballerina, his baked goods become flavourful, much to the delight of the townspeople. However, his muse’s departure leaves his bread tasting bland, as it did before. The residents of the small town then rally to find their baker a new partner to inspire him.

The film’s simple and heartwarming aesthetic is largely driven by the small-town feel of its setting and characters. The romantic aspect of the film is also highlighted through charming visuals of the seaside town where ‘The Baker’s Son’ is based. Are you curious to know where it was filmed? Well, we’ve got you covered.

‘The Baker’s Son’ is set in a fictional seaside town named Windward in the state of Washington. In reality, the film was shot almost entirely on location in a picturesque town in British Columbia. External as well as internal scenes were shot on location for the Hallmark romantic comedy, with a few scenes also filmed in other nearby towns. Production for the movie continued through March and wrapped up on April 1, 2021. Let’s take a look at the specific filming locations that gave this film its charming, small-town feel.

The seaside town of Chemainus on the east coast of southern Vancouver Island was used extensively for filming. The town is used as a stand-in to depict the fictional town of Windward, Washington, where the film is set. A section of the downtown area of Chemainus, specifically the area around Willow Street between Victoria Street and Mill Street, was used for outdoor filming. Signs mentioning Windward were also put up in shops around Willow Street, including one for a Windward Realty office. 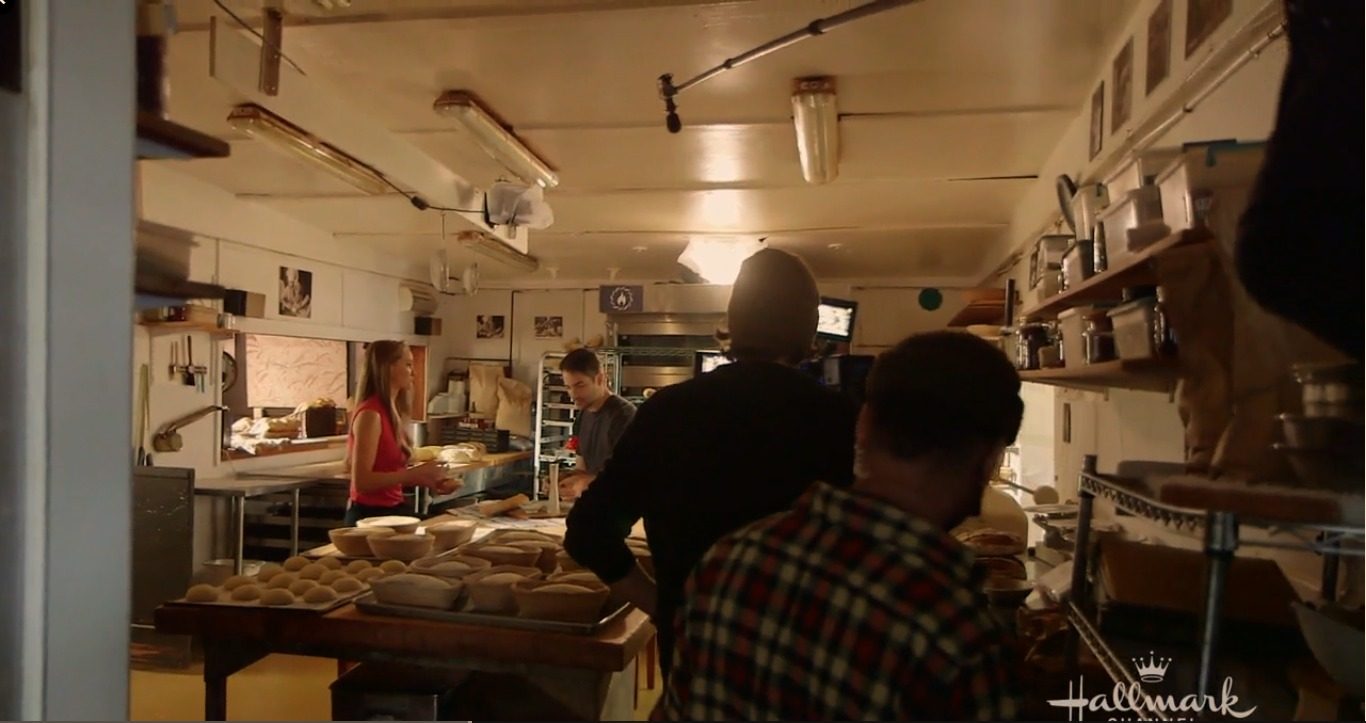 The Willow Street Cafe, located at 9749 Willow Street, was completely taken over by the production team and suitably changed to match the film’s aesthetic. Scenes featuring the exterior of the cafe as well as its interior were filmed over multiple days, during which it was closed to the public. The cafe was christened ‘McBride’s’ for the film.

The production crew was also spotted alerting businesses about the shoot around Waterwheel Crescent and the nearby Chemainus Theatre on 9737 Chemainus Road. Filming also took place briefly in the picturesque waterfront community of Cowichan Bay on Vancouver Island. The town’s wharf, as well as the bakery named True Grain, located at 1737 Cowichan Bay Road, were used for filming. 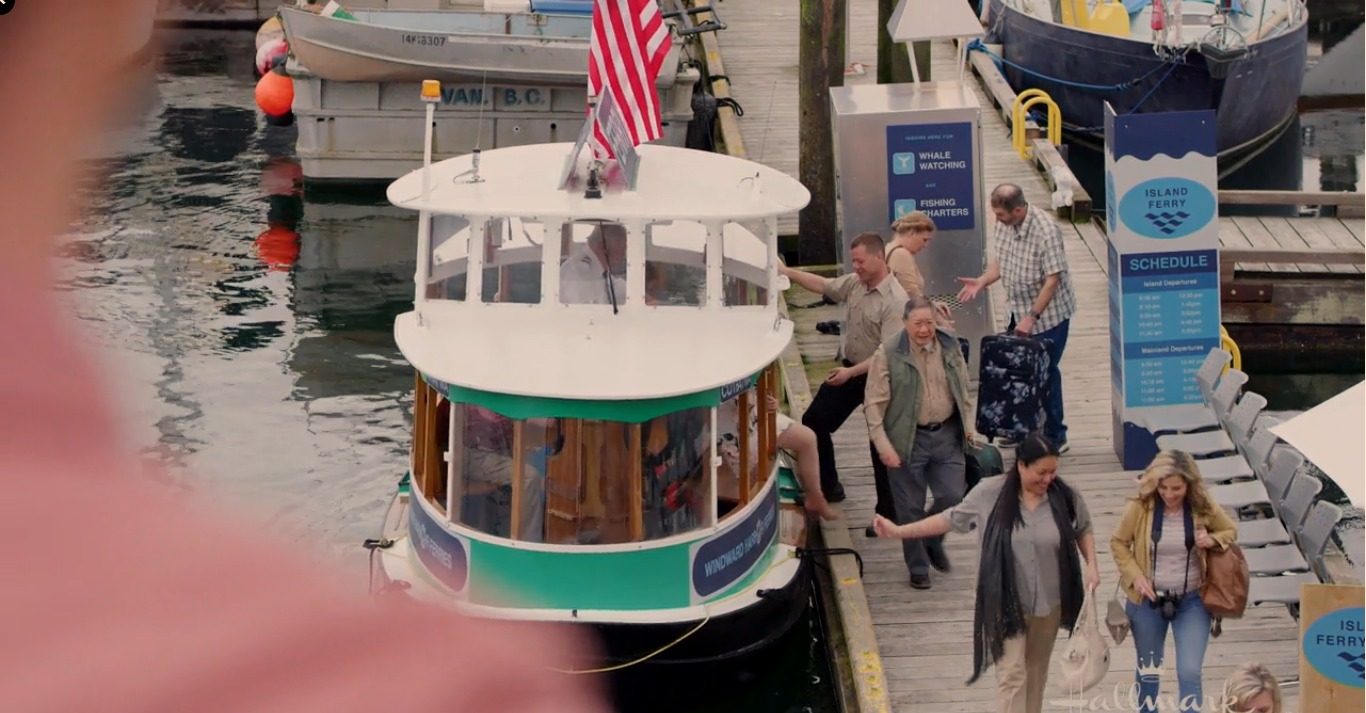 In addition, the Owl’s Nest Bakery and Bistro, located at 9752 Willow St in downtown Chemainus, doubled up at Duval Boulangerie for the film. The latter days of production were reportedly spent in and around Victoria, the capital of British Columbia. The team also moved out of the city to film in the village of Brentwood Bay which is located less than an hour away. 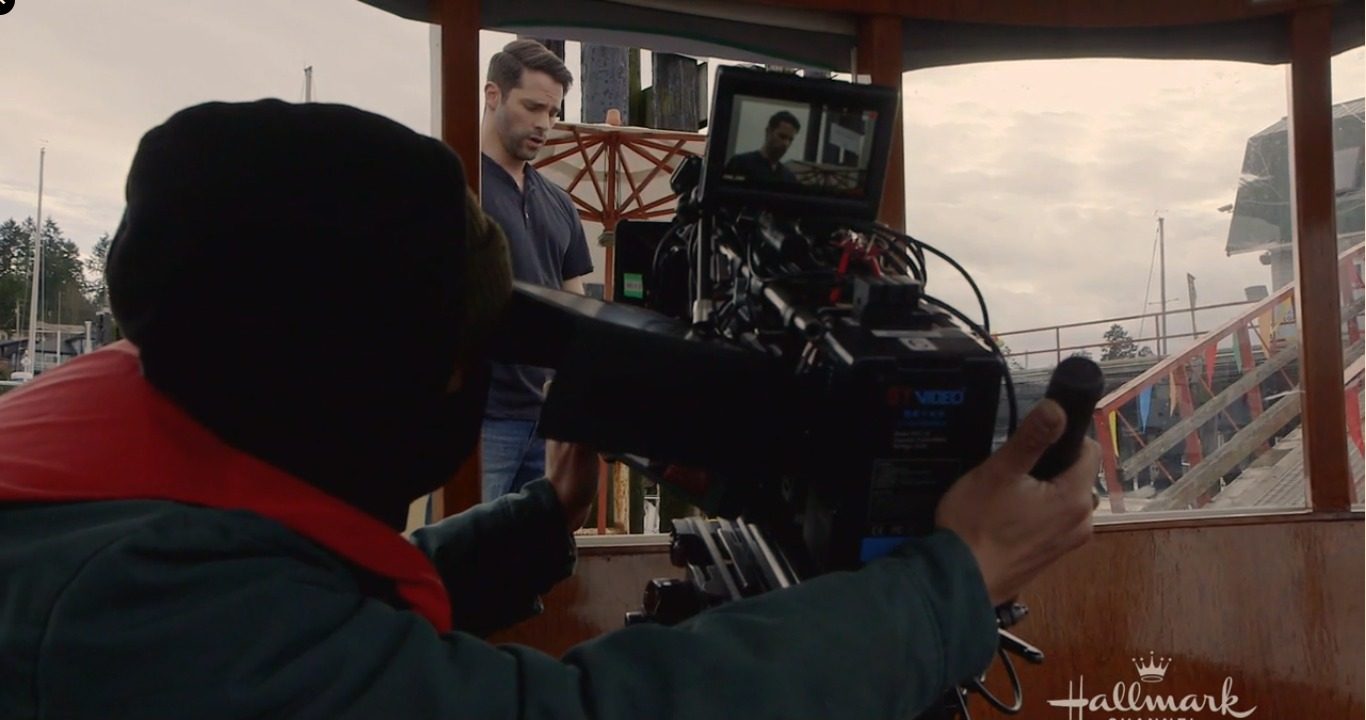 The cast of ‘The Baker’s Son’ is lead by Brant Daugherty, who essays the lovestruck baker Matt. Daugherty is known for his roles in film and television, and appears on hugely popular shows like ABC’s ‘Pretty Little Liars,’ ‘Freakish,’ and ‘Dear White People.’ He also essayed the role of Sawyer in ‘Fifty Shades Freed,’ the third installment of the ‘Fifty Shades’ trilogy. Eloise Mumford stars across from Daugherty and steps into the role of Annie, the owner of a local cafe. Mumford started her TV career as one of the leads on the Fox series ‘Lone Star,’ and then went on to essay the role of Kate Kavanagh in all 3 of the ‘Fifty Shades’ movies.