Where Was The Dark Knight Rises Filmed? 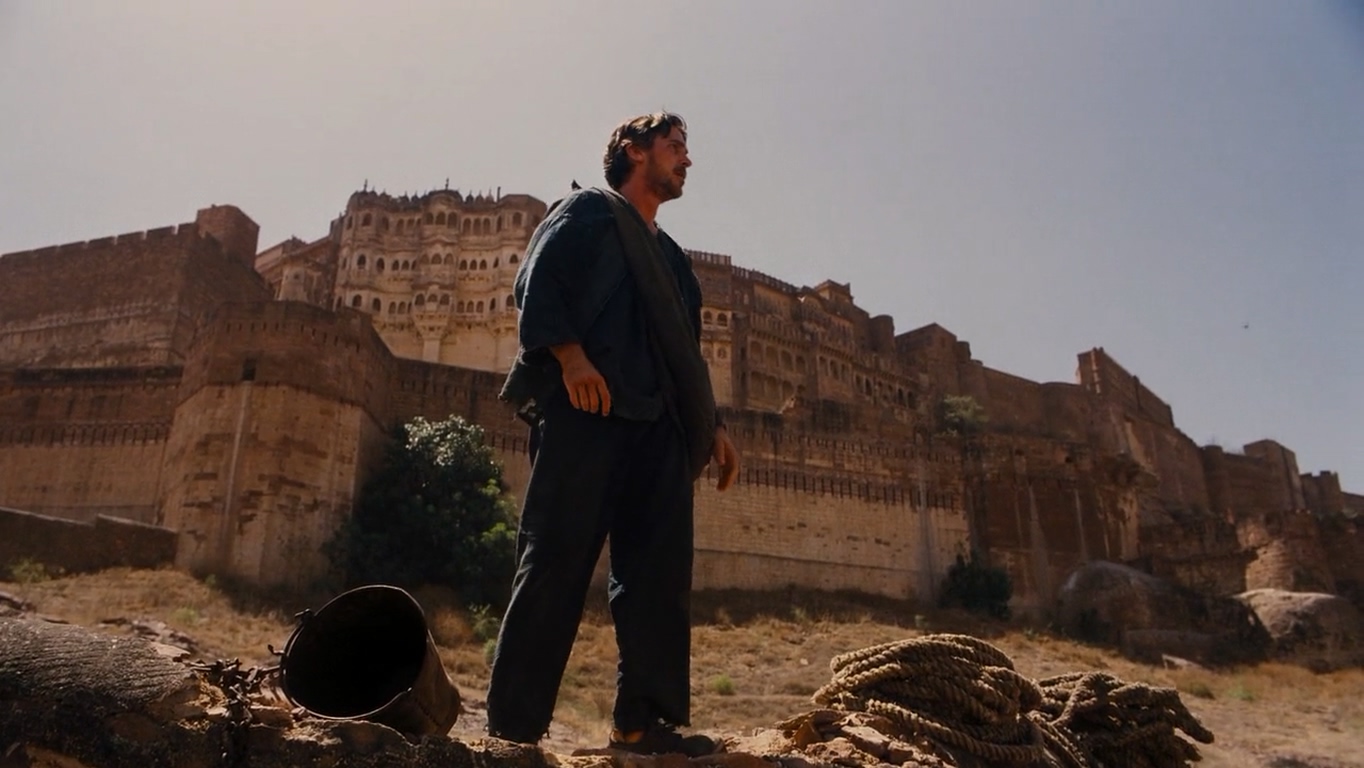 The 2012 superhero venture ‘The Dark Knight Rises’ marks the end of Christopher Nolan‘s Batman trilogy. While some glitches remain on the way, the third part presents an explosive ending to Christian Bale’s career journey as Bruce Wayne. Following a stunt in the sky involving the kidnapping of a nuclear physicist, we get to the central part. Eight years have passed after the death of Harvey Dent, and Bruce Wayne has been a hermit for the time.

In the literal underworld of the city, an invasive force is brewing, and with the rise of the criminal mastermind known as Bane, Bruce Wayne finds himself at the bottom of the social ladder. To make things worse, the former brings back Bruce’s memory of Ra’s Al Ghul. The epic film unfolds in and around the city of Gotham, where a football field is spectacularly erupted from underneath, as well as an underground prison in the middle of nowhere, with little possibility of escapade. Now, if you are wondering where the movie was filmed, let us lead you to the places.

‘The Dark Knight Rises’ was filmed in several locations in the UK and India, with additional portions being shot in Pennsylvania, California, New York, and New Jersey. Principal photography commenced on May 6, 2011, getting wrapped up by November 14 of the same year.

Nathan Crowley (‘The Prestige‘) and Kevin Kavanaugh (‘Only The Brave‘) jointly handled the production design for the project. At the same time, Wally Pfister, who worked on the other two films of the trilogy, came on board to handle the cinematography. Here are more details on the production sites of the superhero vigilante movie.

A significant portion of filming went underway in London, the capital city of England and a major global metropolis in the western hemisphere. The final scene glimpses Bruce at a restaurant in Florence; however, the scenes were recorded at the world heritage building of Old Royal Naval College, located within the University of Greenwich in the neighborhood of Greenwich. Meanwhile, the Gotham General Hospital scenes were lensed at Delta Point, a housing complex located at 35 Wellesley Road in Croydon in South London. 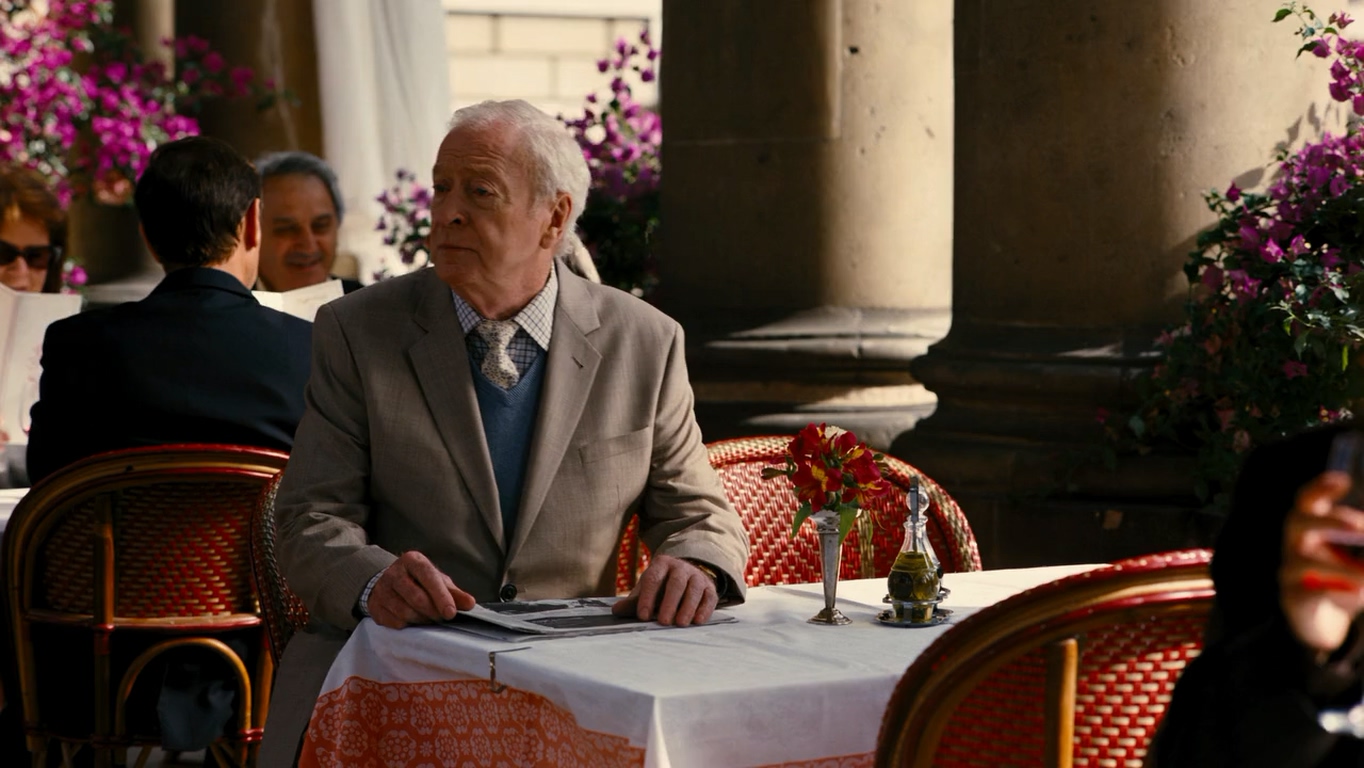 The George Farmiloe Building, a landmark structure located at 28-36 St John Street in the Clerkenwell area of London, gives the appearance of the Gotham City Police Department on screen. The Dive Bar scenes and those involving Selina Kyle’s antique-filled apartment were also taped in this location.

Moreover, the early costume ball sequence where Bruce emerges from hiding was filmed at the Senate House in University College London. The premier educational institution is located at Malet Street in the intellectual hub of Bloomsbury. Some of the Wayne Manor scenes were captured at Osterley Park House, a Georgian county estate in West London straddling the London boroughs of Ealing and Hounslow.

Apart from the Big Smoke, the production team visited other parts of England, filming scenes in Nottinghamshire, Middlesex, Essex, and Bedfordshire. The Wayne Manor scenes were lensed at two locations, the second being Wollaton Hall, an Elizabethan manor house and estate located at Wollaton Park outside Nottingham in Nottinghamshire. 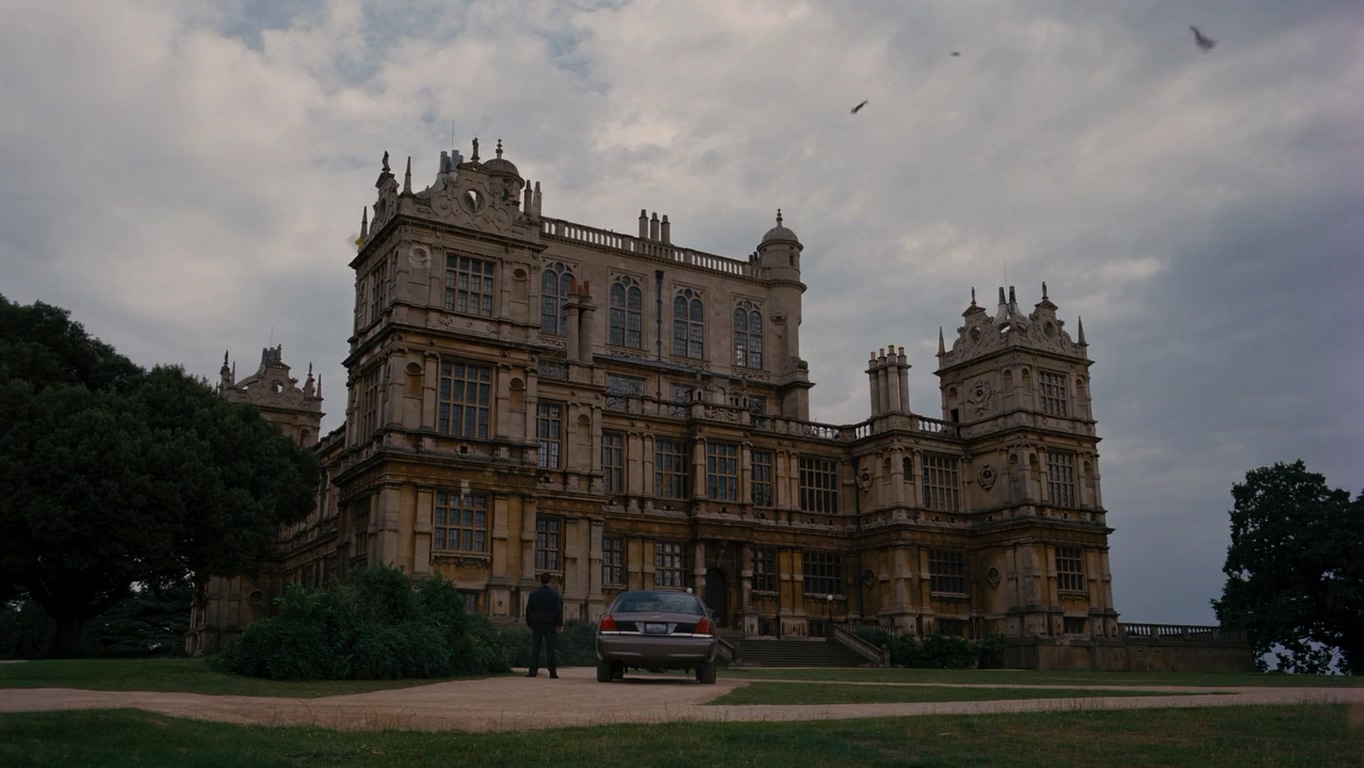 The crew used another studio facility in the converted Cardington Airship Hangars in Cardington, Bedfordshire. Once a former Royal Air Force station, the site has been turned into a sprawling production facility. Some scenes depicting the Gotham City Airport were lensed at London Stansted Airport, a central international air traffic hub located near Stansted Mountfitchet of Essex, around 42 miles northeast of Central London.

Filming also took place in several other regions of the UK, especially Scotland and Wales. The early scenes supposedly unfold in Uzbekistan, but the crew never got there. The adrenaline-heavy prologue sequence was instead filmed above Cairngorms National Park, a protected biodiversity hotspot in northeastern Scotland. The national park derives its name from the eponymous mountain range in the eastern Highlands of Scotland. 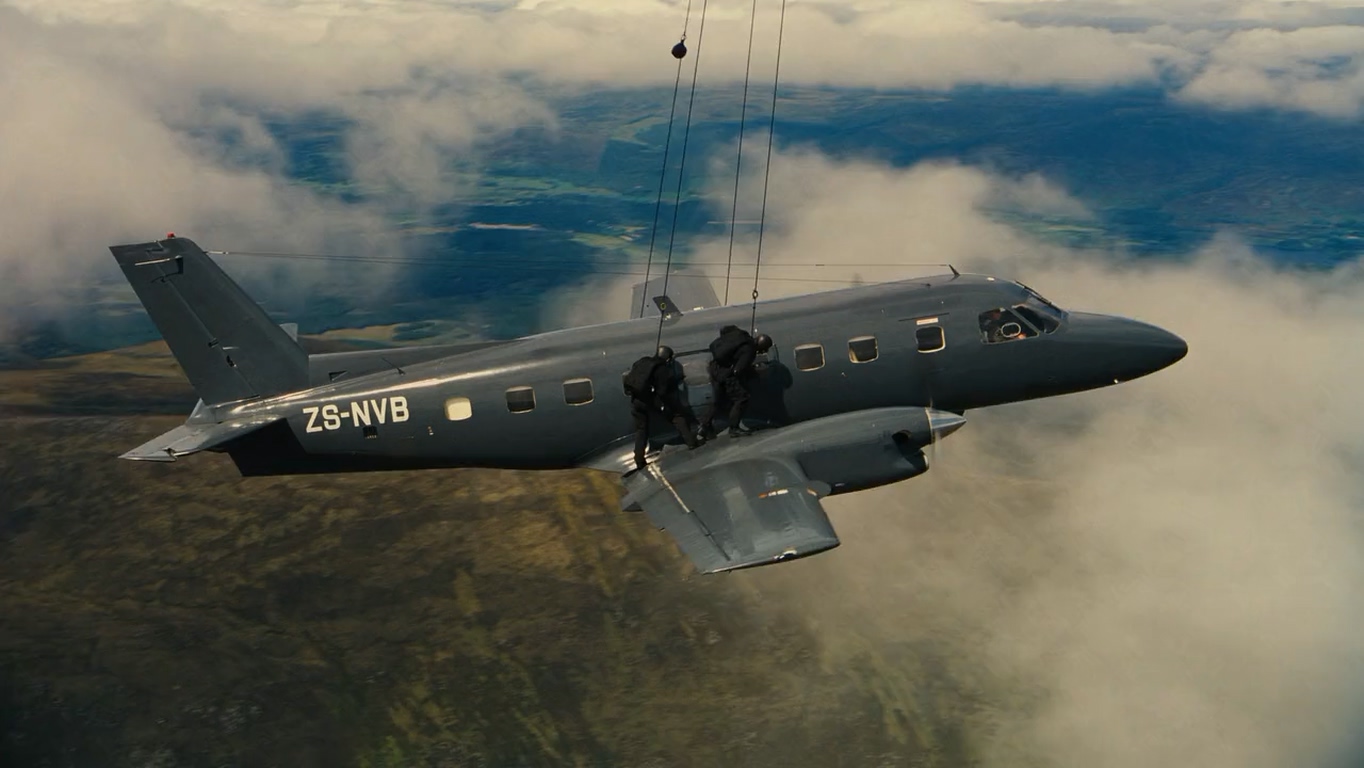 The team next headed to the Inverness Airport, an international airport situated at Dalcross, around 8 miles northeast of the city of Inverness in the Scottish Highlands. Lastly, the crew visited Wales to film the waterfall sequences. The scenes were filmed at Henrhyd Falls, a waterfall near the settlement of Coelbren in the Brecon Beacons National Park. 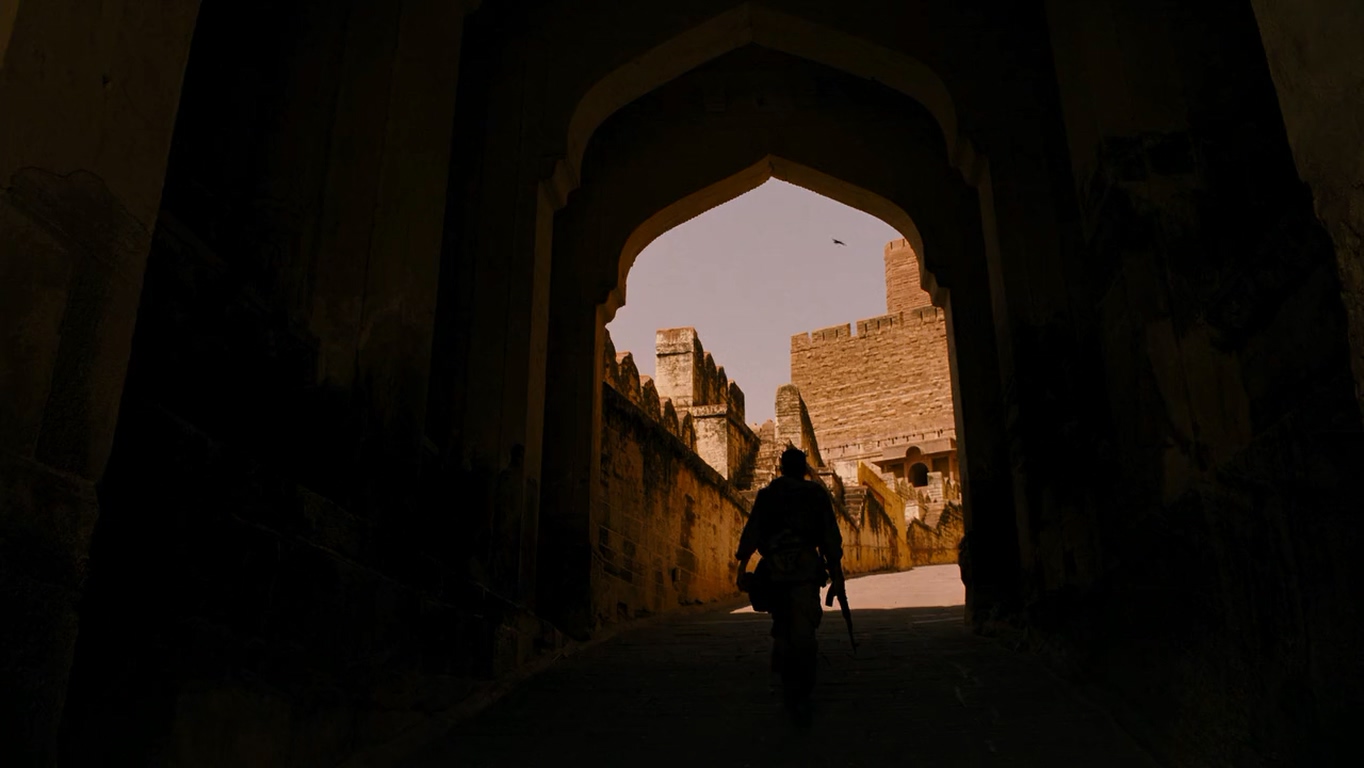 The pit scenes were exclusively filmed in the Indian state of Rajasthan, although director Christopher Nolan initially considered Romania. As Bruce comes out of the pit, we see a medieval fort in the distance. The sequence was captured near Mehrangarh Fort, a fifteenth-century fort and major tourist attraction in the city of Jodhpur. On the other hand, the interior scenes of the prison were recorded in Chand Bawri, a stepwell situated in the Rajasthani village of Abhaneri and one of the deepest in the country. 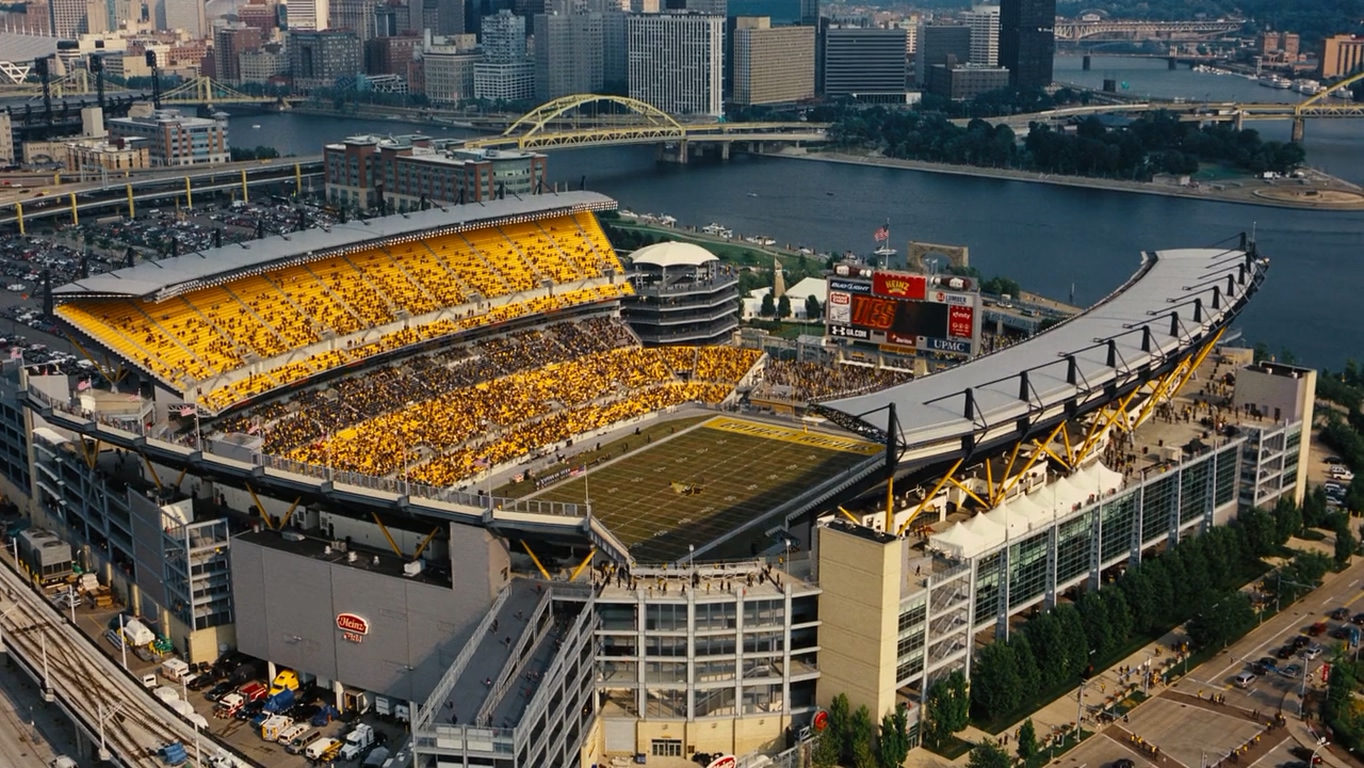 The production team took hold of the Pennsylvanian city of Pittsburgh, which gave the appearance of Gotham in pivotal scenes. Endowed with bridges at all corners, the city was a prime choice for the setting. The ill-fated Gotham City football game was recreated in Heinz Field, a football field located at 100 Art Rooney Avenue in the North Shore neighborhood of Pittsburgh. Not just that, Carnegie Mellon University, a higher educational institution located at 5000 Forbes Avenue in Pittsburgh, stands in for the fictional Blackgate Prison.

Some filming went underway in Los Angeles County, which is home to a famous movie production district. A few sequences were shot at the ninth-floor boardroom of a 550 South Hope Street building in Los Angeles. The crew then lensed pertinent shots around Downtown Los Angeles. The Batcave scenes were constructed in Stage 30 of Sony Pictures Studios, located at 10202 West Washington Boulevard in the Culver City suburbs of Los Angeles County. From ‘Captain Marvel‘ to ‘Interstellar,’ several blockbusters have previously visited the City of Angels. 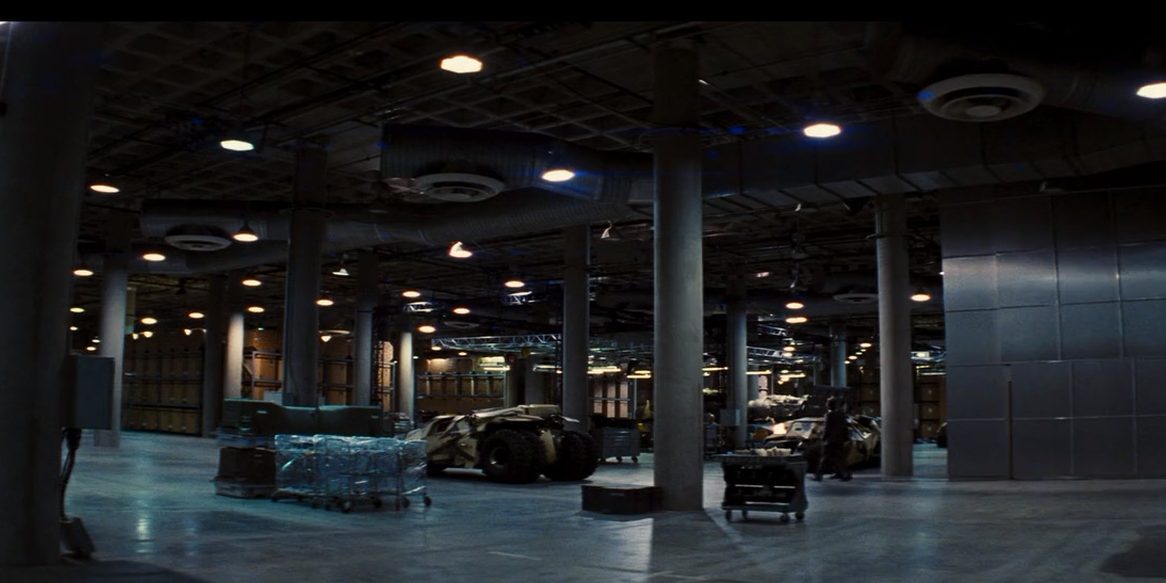 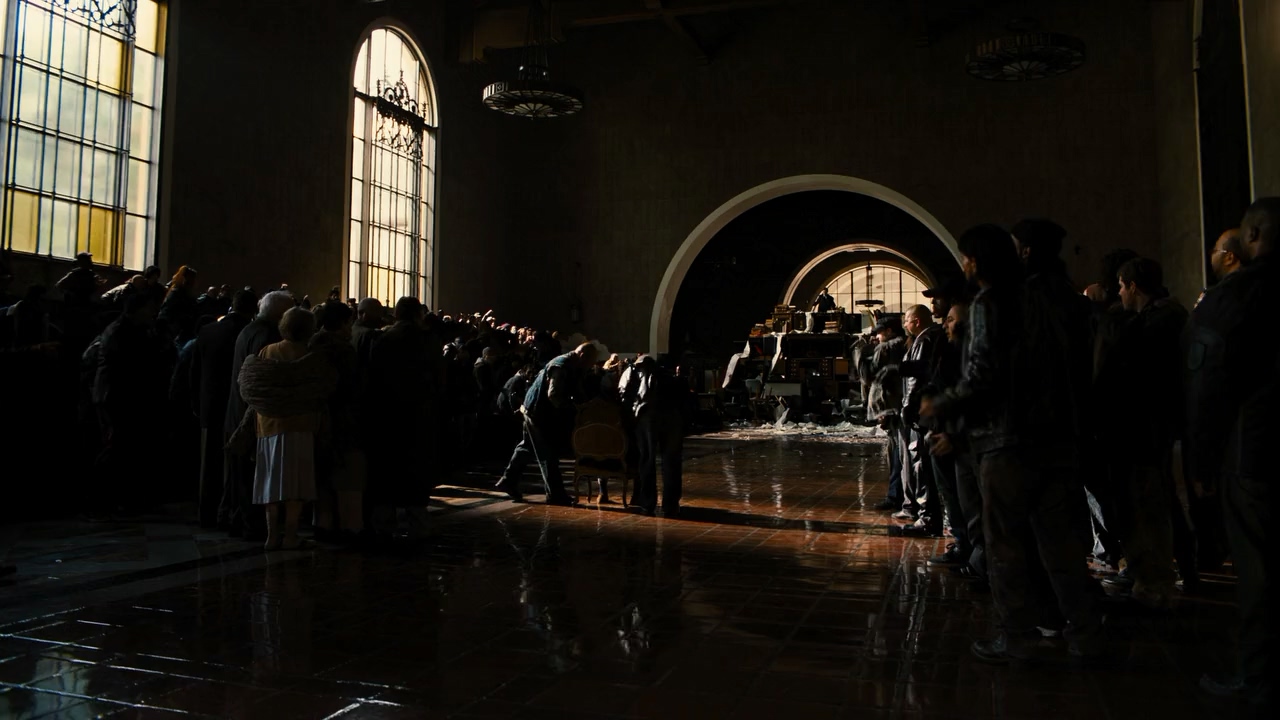 Similarly, the underground reactor scenes were recorded on the premises of El Camino College, a major educational institution situated at 16007 Crenshaw Boulevard in Torrance, a city in the Los Angeles Metropolitan Area. Some taping also went underway at the renowned Warner Brothers Burbank Studios, at 4000 Warner Boulevard in Burbank has been home to movies and shows like ‘Jurassic Park‘ and ‘Westworld.’ 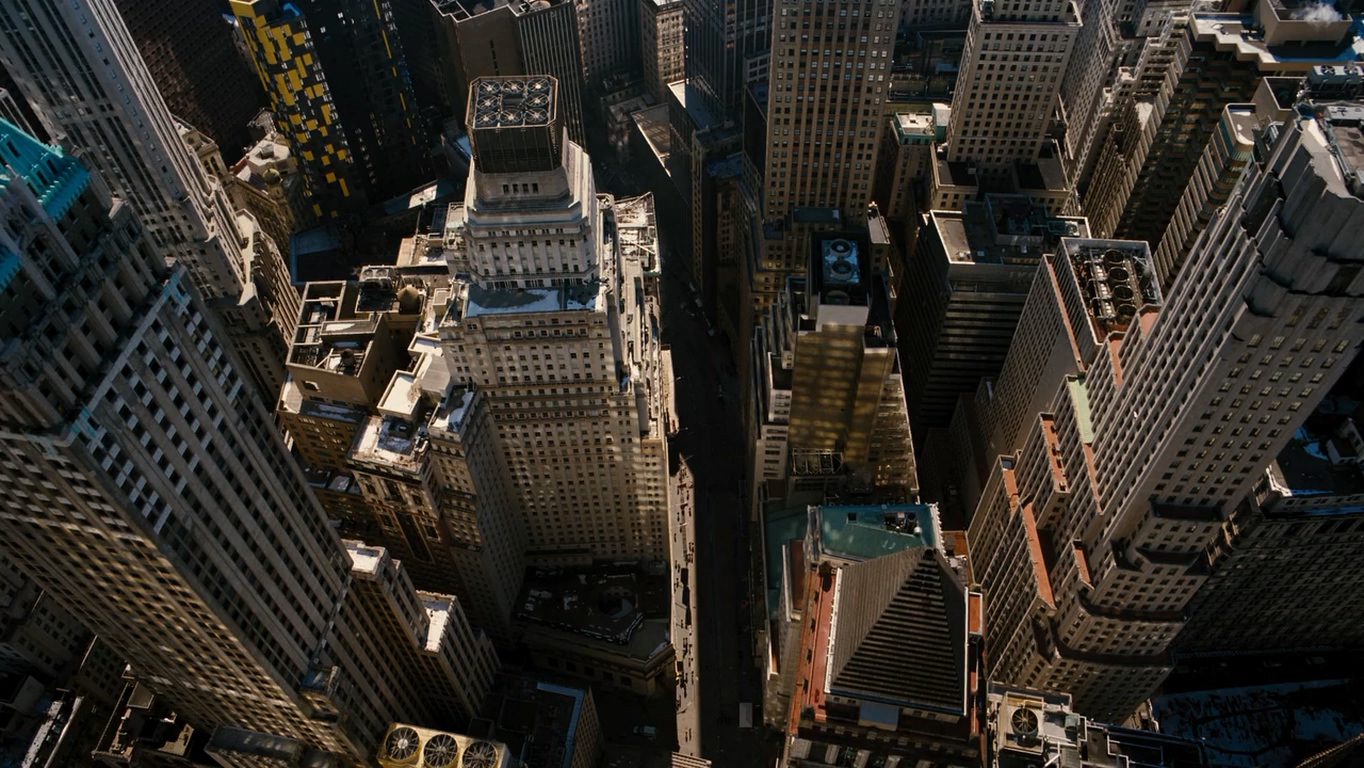 The New York City skyline gives the best Gotham City appearance, as the fictional city is loosely based on the bustling metropolis. Consequentially, the riot scene between Gotham Police and the Mob was taped in Manhattan’s commercial corridor of Wall Street. Several sequences also depict the Queensboro Bridge of Manhattan, a cantilever bridge over the East River in New York City. On the other hand, the Wayne Enterprises exterior scenes were recorded outside Trump Tower. 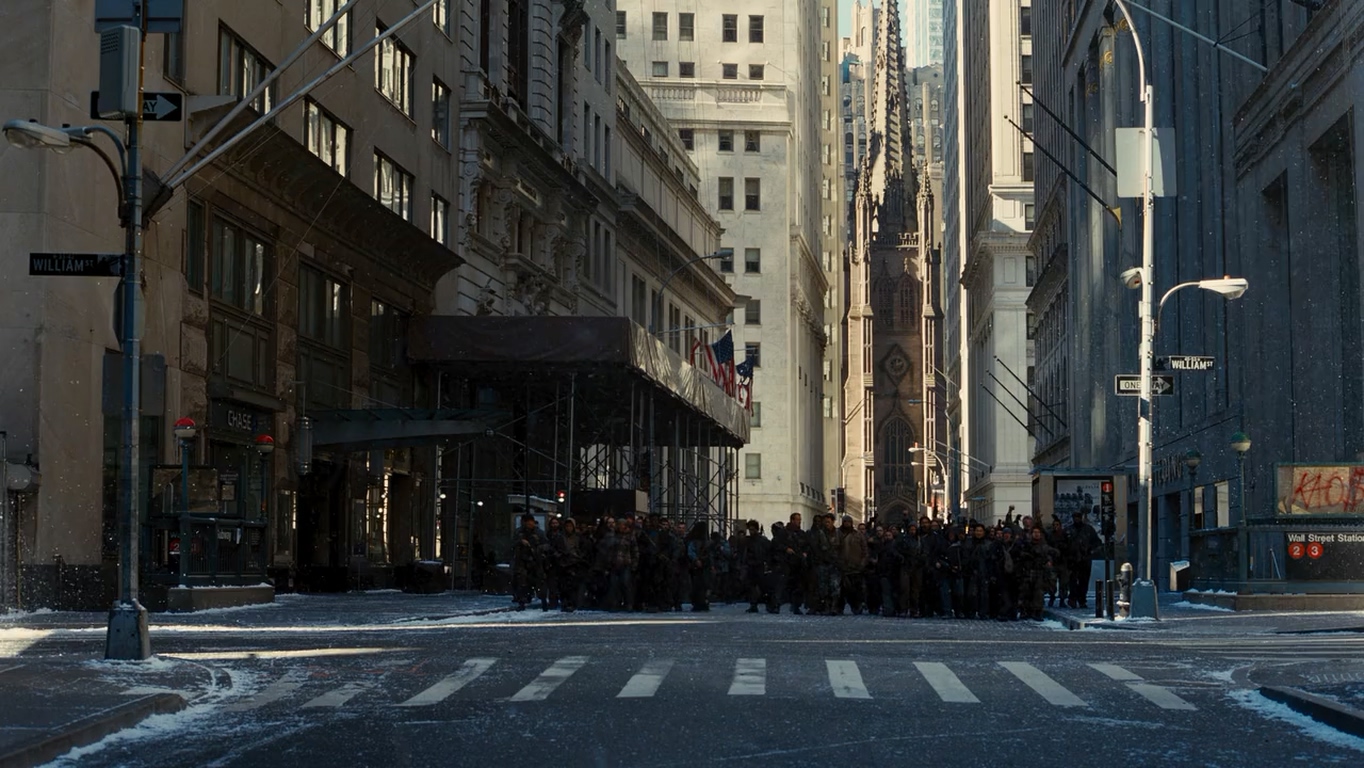 Situated at 725 Fifth Avenue in the bustling financial district of Manhattan, the 58-floor skyscraper is nothing less than an architectural marvel. In the case of long shots, however, they used a different Wayne Enterprises exterior. Those scenes were taped outside One Liberty Plaza, a landmark building located at 165 Broadway in New York City. Some scenes were lensed at Greenwood Lake, a sparsely populated village in the Orange County of New York State.

In their lengthy production schedule, the cast and crew made a stop at Newark, the most populous city in New Jersey. The premises of the Newark City Hall, at 920 Broad Street, were utilized to lens crucial sequences. Newark is the seat of Essex County and a part of the New York metropolitan area. ‘Joker,’ which tells the origin tale of Batman’s nemesis, was filmed in the metropolis too.