Where Was The Tomorrow War Filmed? 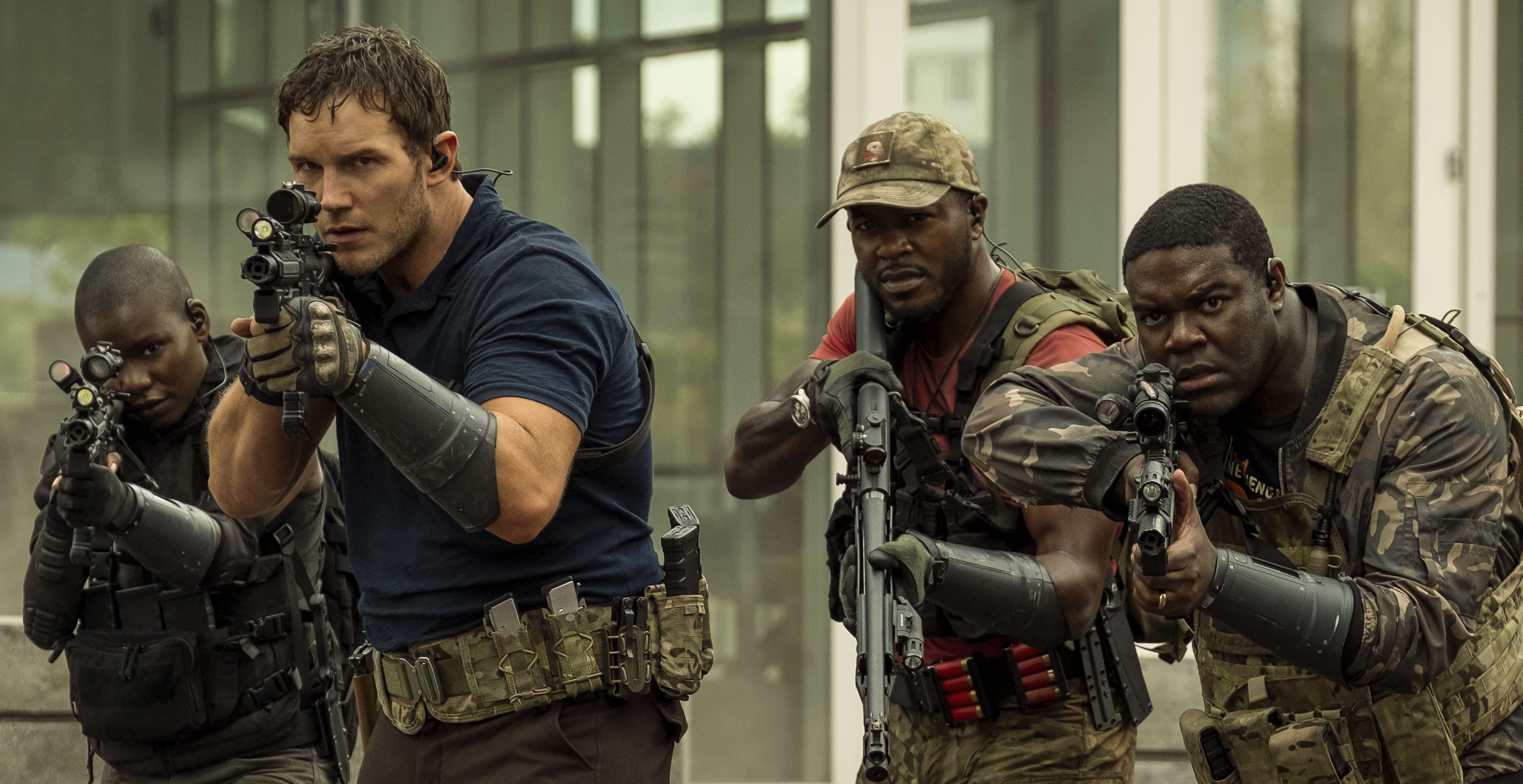 ‘The Tomorrow War’ is an adrenaline-pumping sci-fi thriller movie that stars ‘Jurassic World’ fame Chris Pratt alongside outstanding talents like Yvonne Strahovski, Betty Gilpin, and veteran actor J. K. Simmons. Focusing on Iraq war veteran Dan Forester, the film showcases how soldiers from the future warn humanity about an inevitable alien invasion. As humans get ready to fight off the invaders, Forester too joins an army unit and readies himself for the coming battle.

The army unit soon embarks upon a satisfying romp through time which has Forester meet his own grown daughter and even play an instrumental role in the efforts to save humanity. Although the Chris McKay directorial employs popular tropes like time travel and aliens, it manages to stand out due to its brilliant filmography and compelling performances. If you are wondering where the movie is shot, we have got you covered.

Principal photography for the action thriller film began on September 1, 2019, and the crew managed to complete filming a few months later, on January 12, 2020. Shot on location in Iceland and across the state of Georgia, ‘The Tomorrow War’ also boasts stunning special and computer-generated effects. Let’s take a closer look at the specific locations that helped shoot this movie, shall we?

Located in the Lincoln County, Lincolnton is a historical city in the Central Savannah River Area. The CSRA has been long preferred as a filming location by film crews due to its urban lifestyle right in the lap of the very best of Georgia’s natural beauty.

‘The Tomorrow War’ features a lot of that breathtaking beauty as it was shot on location in the Graves Mountain Area in 2019. Interestingly, popular upcoming movies like James Gunn’s ‘The Suicide Squad’ and Mel Gibson’s ‘Agent Game’ have also used the CSRA for their filming requirements.

The Capital of Georgia, Atlanta, is a modern metro city that provides a host of filming locations much preferred by filmmakers from all genres. Much of the filming for ‘The Tomorrow War’ took place inside the city as the film crew made Atlanta stand in for their version of Miami. The upscale neighborhood of Buckhead, Midtown, Mercedes-Benz Stadium at 125 Ted Turner Drive NW and Downtown Atlanta were turned into war-torn Miami streets using special and computer-generated effects.

The area around 400 West Peachtree Street North West was blocked off by the officials to ensure smooth filming of the post-apocalyptic scenes of the action thriller film. Several street fight scenes that we see in the movie were shot here. Atlanta is no stranger to shoots as it has previously hosted filming crews of ‘Black Widow,’ ‘The Conjuring: The Devil Made Me Do It,’ and ‘Black Panther.’

Blackhall Studios is a brilliantly equipped film studio that opened in DeKalb County in 2017. It is exactly located at 1415 Constitution Road South East #4605 in Atlanta. With ‘The Tomorrow War’ requiring plenty of special effects and CGI, the production facility lent a huge helping hand in turning out the high-octane action film we experience.

Blackhall Studios also served as a filming site for movies like ‘Doctor Sleep’ and ‘Godzilla: King of the Monsters.’ However, in April 2021, reports stated that the studio was sold to a private equity firm for a whopping sum of $120 million.

Director Chris McKay praised the beautiful state of Georgia for its varied terrain and scale. He also said how the filming crew was able to adapt the locations and transform them according to their requirements. The talented production team turned a Georgia Power Plant into an oil rig and reconstructed the Miami Beach scene on a beach in Jekyll Island. Here’s a behind-the-scenes video shared by the film’s lead actor Chris Pratt!

Peppered with stunning natural vistas, dangerously beautiful ice caves, and risky yet incredible glaciers, Iceland assisted ‘The Tomorrow War’ in yielding several spectacular scenes set in the region. The filming crew utilized an ice cave and shot a few scenes right on top of a glacier.

Chris Pratt revealed that while filming, they were told the chilling news of how a couple got frozen to death after falling through a fissure. It is truly a work of wonder how the performers and the crew managed to film in such risky locations to give us audiences an astonishing visual treat.