Where Was Thirteen Lives Filmed? Is Thailand the Filming Location? 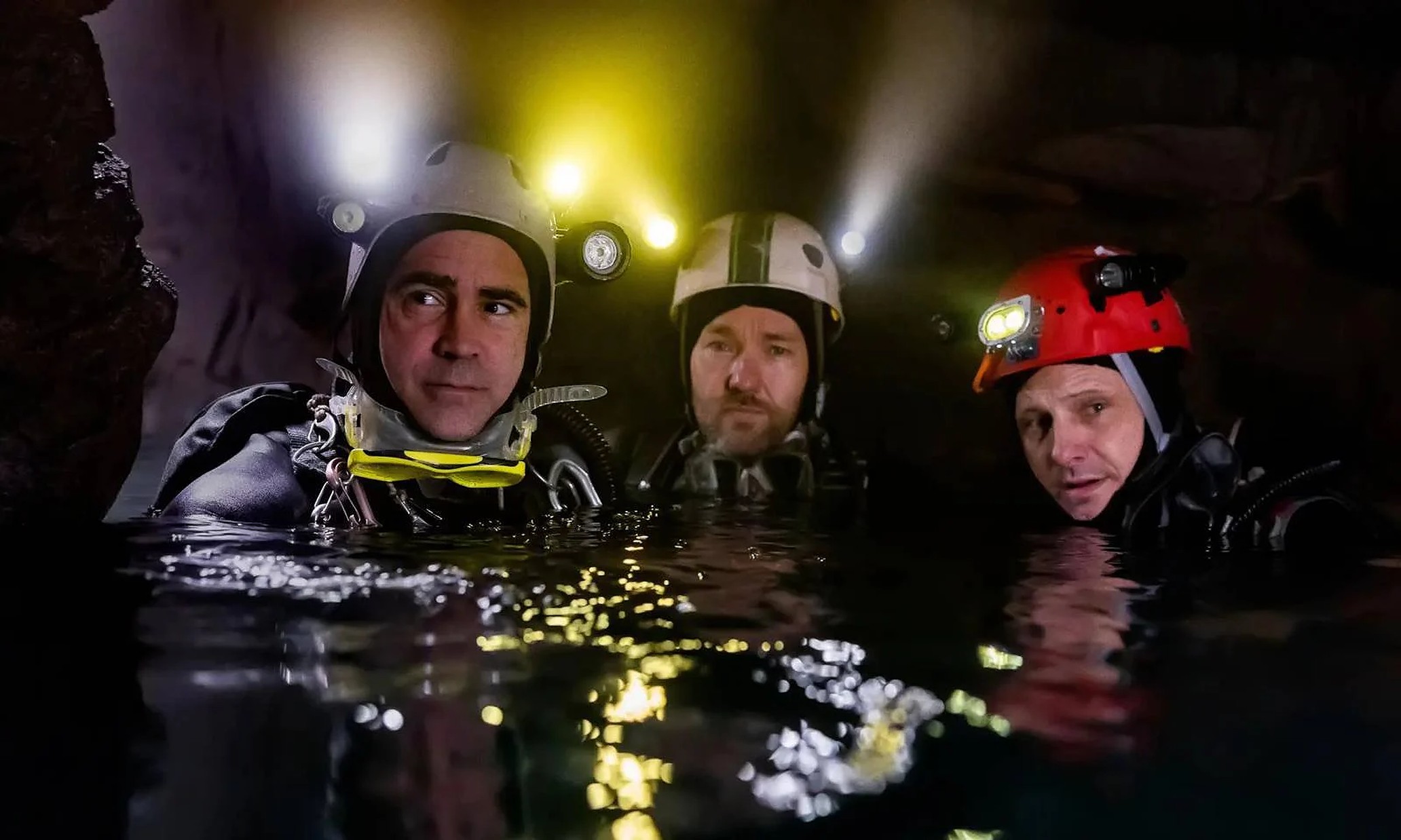 Based on the incredible true events of the 2018 Tham Luang cave rescue, Amazon Prime’s ‘Thirteen Lives’ is a biographical survival movie directed by Ron Howard. The narrative follows a Thai junior soccer team and their coach who get trapped for 18 days in a system of underground caves that start flooding during a heavy rainstorm. To rescue them, a team of the world’s most skilled and experienced divers comes together with Thai forces and thousands of volunteers.

With an almost impossible task and the entire world watching, the rescue team takes on the challenge and showcases that the human spirit knows no bounds. The dramatic true-to-life narrative keeps the viewers hooked on the movie from the beginning to the end, but what makes you curious is the interesting use of locations, including that of the flooded cave. Thus, it is natural that you want to know more about the actual filming sites, and you might be interested in what we know about the same!

‘Thirteen Lives’ was filmed in Australia and Thailand, specifically in Queensland. The principal photography for the Colin Farrell-starrer commenced in March 2021 and wrapped up in June of the same year. Due to the restrictions posed by the COVID-19 pandemic, the production team could not tape the entirety of the biopic on location in Thailand itself. But thanks to Australia’s advanced technology and amenities, they were able to work with the Sunshine State. Now, let’s dive right into the specific locations that appear in the survival movie!

Most of the sequences for ‘Thirteen Lives’ were lensed in and around Queensland, an Australian state located in the northeastern part of the country. The production unit utilized the locales of the City of Gold Coast for taping several pivotal scenes for the movie. In particular, they set up camp in the town and suburb of Mudgeeraba and the rural locality of Numinbah Valley, both in the City of Gold Coast. Several exterior shots for the Viggo Mortensen-starrer were also recorded in Springbrook National Park on Old School Road in Springbrook and Canungra, a rural town and locality in the Scenic Rim Region in Queensland.

Furthermore, the cast and crew of ‘Thirteen Lives’ accessed the Village Roadshow Studios’ facilities for recording numerous movie cave scenes. Located on Entertainment Road in Oxenford, the studio hosts nine different soundstages of different sizes and three tanks, one of which was probably used to shoot the underwater sequences depicted in the Ron Howard directorial. According to reports, several cast members felt uneasy while doing the underwater sequences, with Colin Farrell having panic attacks on set and Tom Bateman’s claustrophobia taking over.

Additional portions of ‘Thirteen Lives’ were also lensed on location in Thailand. Since the movie is set in the country, it made sense for the filming crew to at least get a few shots of its landscape. Officially known as the Kingdom of Thailand, it is a country located at the center of Mainland Southeast Asia. You may have spotted Thailand’s scenery in several other productions as it has worked as a prominent shooting location in many movies and TV shows. Some notable ones that feature the Asian country are ‘The Hangover Part II,’ ‘Only God Forgives,’ and ‘The Impossible.’

Read More: Is Thirteen Lives Based on a True Story?