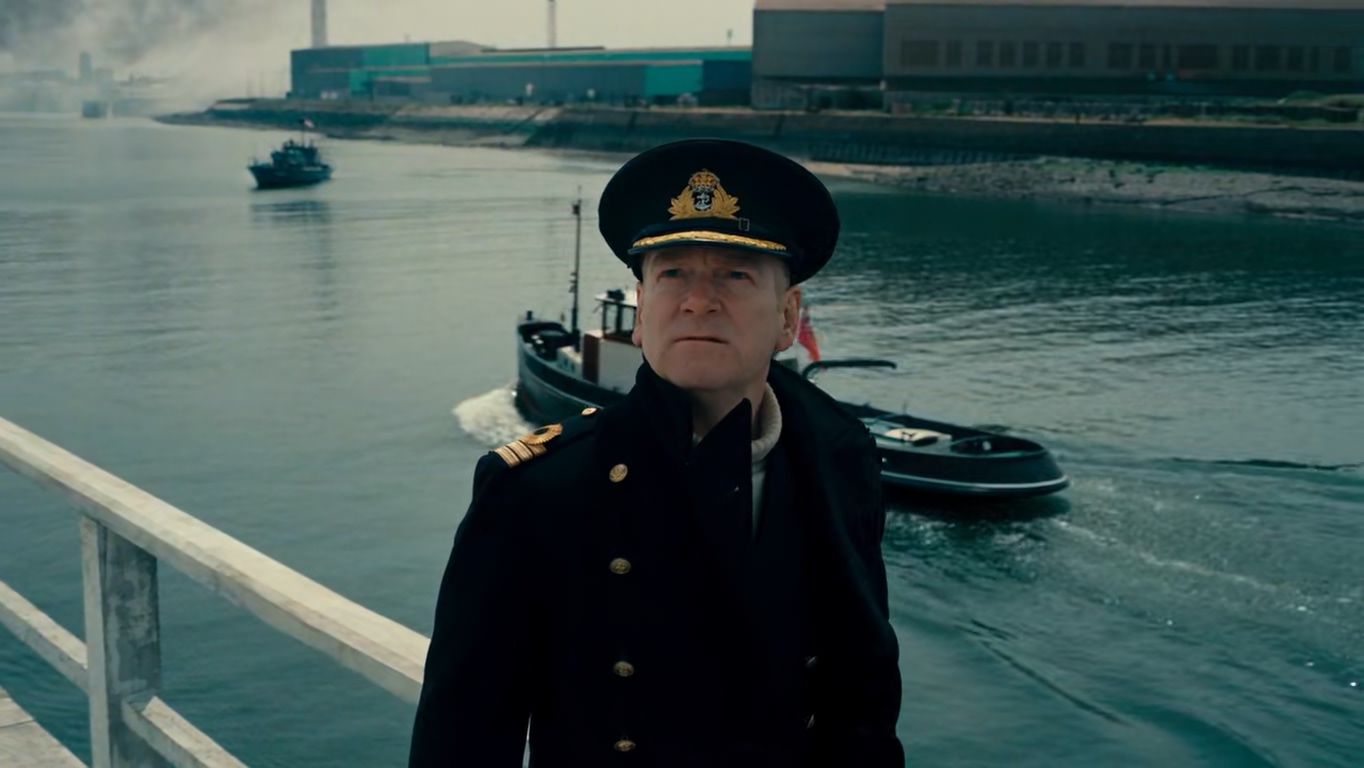 It has been the fate of humankind to survive natural and artificial tragedies until this point in history. In the age of everything “post,” we remain awestruck at the miraculous tales of survival throughout history. Backed by Darwinian thought and with some spectacular special effects in the mix, the theme of survival has often occupied the minds of famous film directors. If you are looking for some movies chronicling the idea of survival, we have a few suggestions that are readily available on HBO Max. 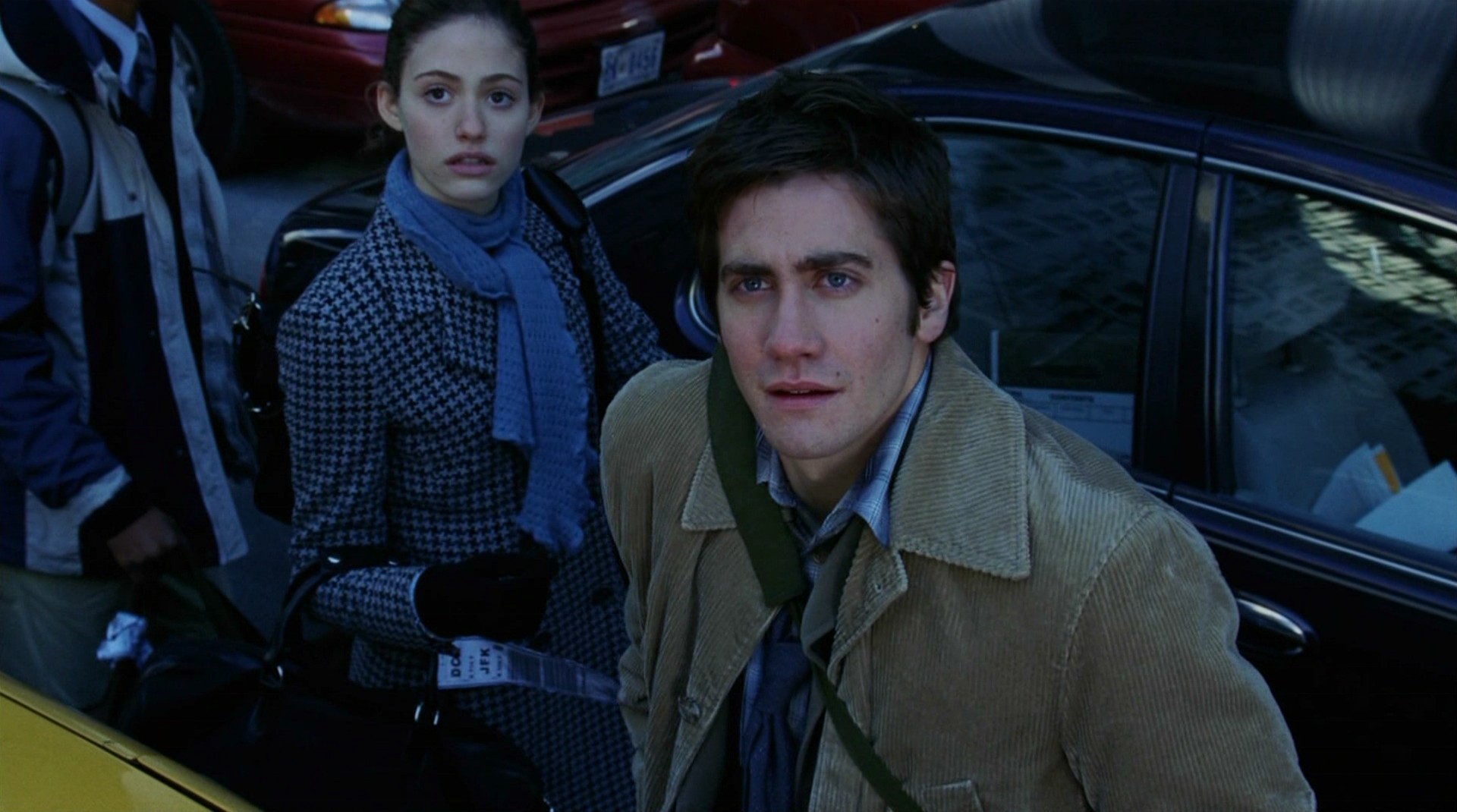 Roland Emmerich’s science fiction survival disaster film ‘The Day After Tomorrow’ raises a credible concern about climate change. The impact seems a bit outlandish when coupled with incredible visuals, but if you take it as a piece of fiction, the movie packs enough calamitous sequences to evoke awe and fear in you. When a superstorm plunges the world into a new ice age, paleoclimatologist Jack Hall undertakes a journey against all odds to a frozen New York City to save his son.

While using the 1999 book ‘The Coming Global Superstorm’ by Art Bell and Whitley Strieber as a vantage point, the director infuses his epic vision to make a movie that is pretty much chilling to the core. If you seek a survival movie against natural catastrophes, here is a film you should add to your bucket list. 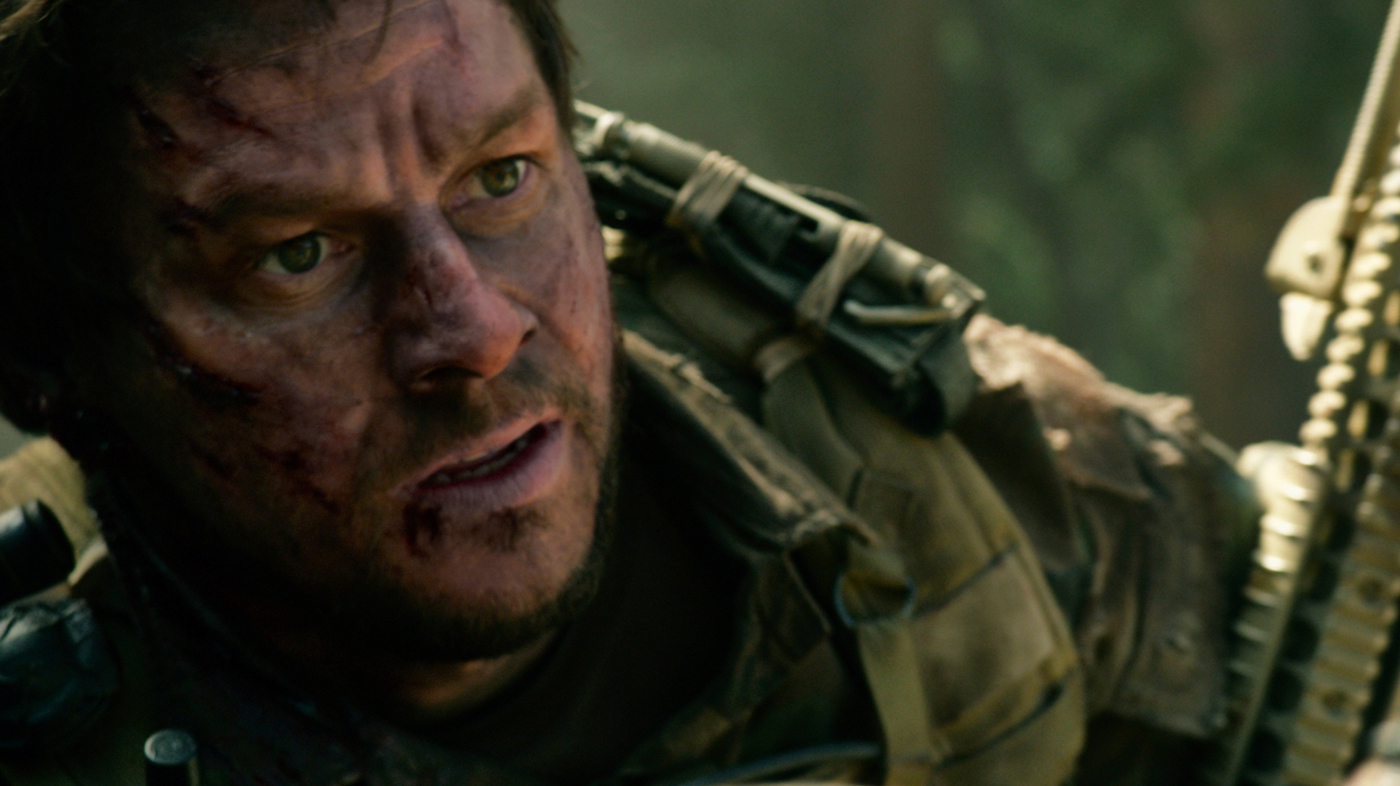 Peter Berg helmed the war drama biopic ‘Lone Survivor’ based on the actual eponymous account by Marcus Luttrell and Patrick Robinson. Set during the war in Afghanistan, the film recreates the botched attempt of the so-called Operation Red Wings. A four-person SEAL team head to the outskirts of an Afghan village, hoping to track down the Taliban leader Ahmad Shah. While they find his hideout, they make themselves too visible.

Soon, the team members become the target of a widespread Taliban attack when they take their chances and release a few civilians. With immersive visual effects, the movie bypasses jingoism and champions the heroic tale of survival instead. If you want a piece of a rugged and relentless survival film that does not let you rest for a moment, this is a film you must devour. 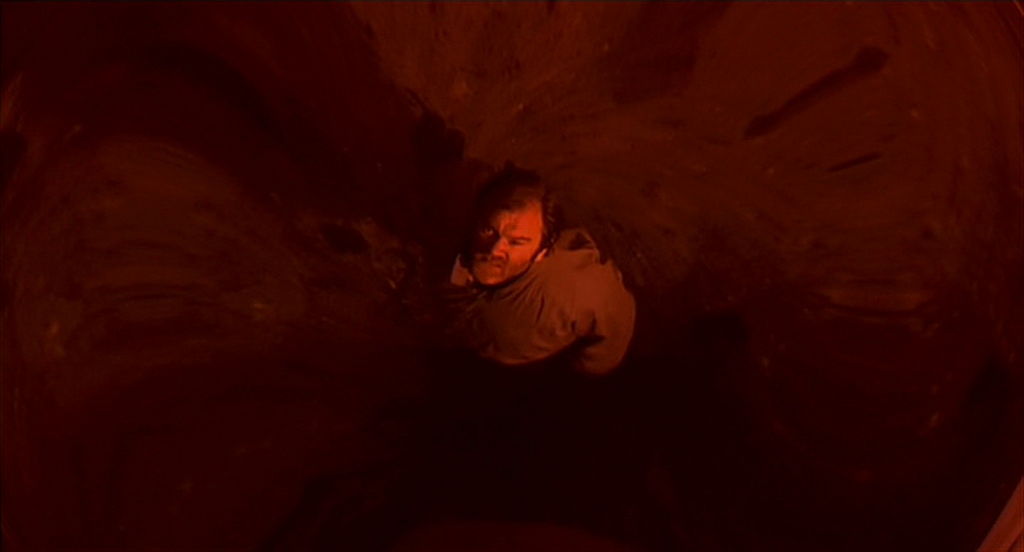 British filmmaker Danny Boyle presents a chilling vision of the breakdown of society in the post-apocalyptic horror movie ’28 Days Later.’ With an ensemble cast, the film follows the aftermath of a viral outbreak that takes Britain by surprise, courtesy to animal liberation activists. Twenty-eight days after the catastrophe, most people have died in the epidemic, and the remaining few must remain alive amidst the tragedy.

After waking up from a coma, bicycle courier Jim meets Selena and Mark, and they progress through the horde of the infected citizens. While not a conventional zombie film, it replicates the dread of the zombie survival genre with a degree of authenticity and realism you may relate to in the post-COVID era.

While Ridley Scott‘s underrated war movie ‘Black Hawk Down’ is nowhere close to his finest achievements, it is undoubtedly a movie replete with his signatures. Many aspects of his style are there, from visceral cinematography to the slow-burning tension to championing the characters in the uproar. Captain Mike Steele leads a team of more than a hundred US Army Rangers on a deadly mission to Somalia.

After reaching the capital of Mogadishu, the troop must bring in two sidekicks of an influential Somali warlord; still, the tension reaches extremes as a few helicopters crash land around the city. With an innovative style, Scott appropriates Mark Bowden’s non-fiction book of the same name into a gripping legend of survival. If you want a spectacular survival venture, this is a movie you can bank on.

With Australian auteur George Miller at the helm, ‘Mad Max: Fury Road‘ is a terrific post-apocalyptic survival movie with visceral chase and epic fight scenes. The fourth part of the ‘Mad Max’ franchise revives the titular drifter hero for another epic journey through the desert wasteland. Max Rockatansky joins forces with Imperator Furiosa to topple a tyrant named Joe. Gasoline and water are scarce, and only a few can access them; as Max falls on the wrong side of a raging gang war, commotions follow. While not a conventional survival movie, the film shows a world where Darwinian principles seem more relevant than ever.

Alfonso Cuarón‘s science fiction survival movie ‘Gravity‘ is a treat for your senses. While you may have to employ suspension of disbelief, the movie instills the fear of space travel into a civilization too eager to take the leap of faith. When two US astronauts become stranded in space after their space shuttle faces irreparable damage, they must hold onto a thin thread to make it back to Earth. Backed by committed performances by Sandra Bullock and George Clooney, the space opera is stunning with epic scenes and masterful direction. If you seek to watch a miraculous tale of survival, this is the movie you should be watching.

Steve McQueen adapted the slave memoir ‘Twelve Years a Slave’ by Solomon Northup into a stomach-churning saga of racial oppression. Solomon Northup is a free African American rearing a family with his wife in a New York town. He gets an offer to play the violin for some money and complies, but instead, the white men promising employment drug him and deliver him to a slave pen.

Northup heads to New Orleans with other prisoners and sees the brutal side of a racially divergent landscape- his tale of resilience and survival is dynamic, as it is sometimes painful to see. If you are looking for a survival drama that is also political, here is a gritty and grim title aiming to stand the test of time. 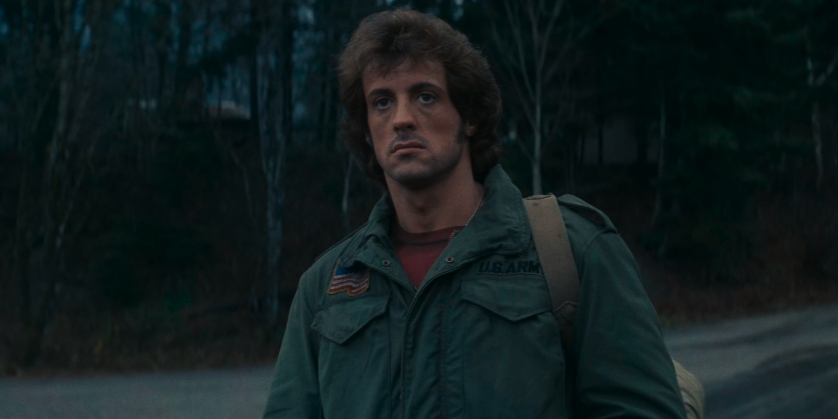 Ted Kotcheff adapted David Morrell’s 1972 novel ‘First Blood’ into the eponymous survival action movie for the screen. Vietnam War veteran John Rambo returns to his country, trailing in the small town of Hope, Washington, looking for an old comrade, only to learn that the friend has died of cancer. Now a drifter, Rambo seeks to reach Portland and have something to eat in the middle. A police chief discovers Rambo and gives him a lift to the other end of the town, but when the latter returns, he arrests him for no reason.

Now, Rambo must survive immense torture at the hands of the police, akin to the nightmare he had to endure in Vietnam. With his back against the wall, John Rambo turns the survival tale on its head. This is an unlikely survival film for your consideration, later turned into a sprawling action franchise.

With Taiwanese auteur director Ang Lee, ‘Life of Pi‘ is a wonderous and magical survival movie bordering on fantasy. Borrowing the tale from the eponymous book by Yann Martel, the narrative follows an Indian boy, Pi Patel, and a Bengal Tiger, Richard Parker, as they get stranded amidst the Pacific Ocean for 227 days. While showcasing human resilience in the face of natural forces, the movie probes into fantastic biodiversity habitats.

Bringing an unhinged tiger into the mix, the director notes how humans and animals have coexisted in nature for tens of thousands of years. The immersive visuals and free-flowing lyricism overtake the audience entirely at the end of the unbelievable journey. Thus, if you want a survival movie to have a zeal of life, here is the film you will want to see.

Christopher Nolan‘s epic and understated war movie ‘Dunkirk‘ also doubles as a quest for survival in the face of a ruthless enemy. While backed by an evocative soundtrack, the film chronicles the Dunkirk evacuation, a harrowing chapter in the history of World War II. When Tommy Jensen reaches the shores of Dunkirk in German-ambushed France, he hopes to board an ill-fated ship. Another group of soldiers hides in a beached trawler while a civilian sailor commences a journey with his son to pick up the battered boys.

At the same time, three Spitfires must cross the English Channel, hoping to give the men on the water some defensive support. Weaving all the strands seamlessly, Nolan tells the most extraordinary survival story of WWII. If you are looking to watch a war survival film stripped down of heroism, this is a film you should add to the watchlist.