The disaster movie genre has been one of the most divisive, with several of them producing polarising results at the box office and among critics. Nonetheless, the divisiveness of the genre is also behind its popularity. The genre utilizes an impending disaster or cataclysmic event as a plot device to explore several complex interpersonal relationships or themes. Moreover, they have a grand scope and stunning visuals that make for enthralling cinematic experiences. There are several such movies in the entertainment library of  HBO Max. If you are an HBO Max subscriber looking for disaster movies on the streaming service, here is a list of films we feel you will enjoy! 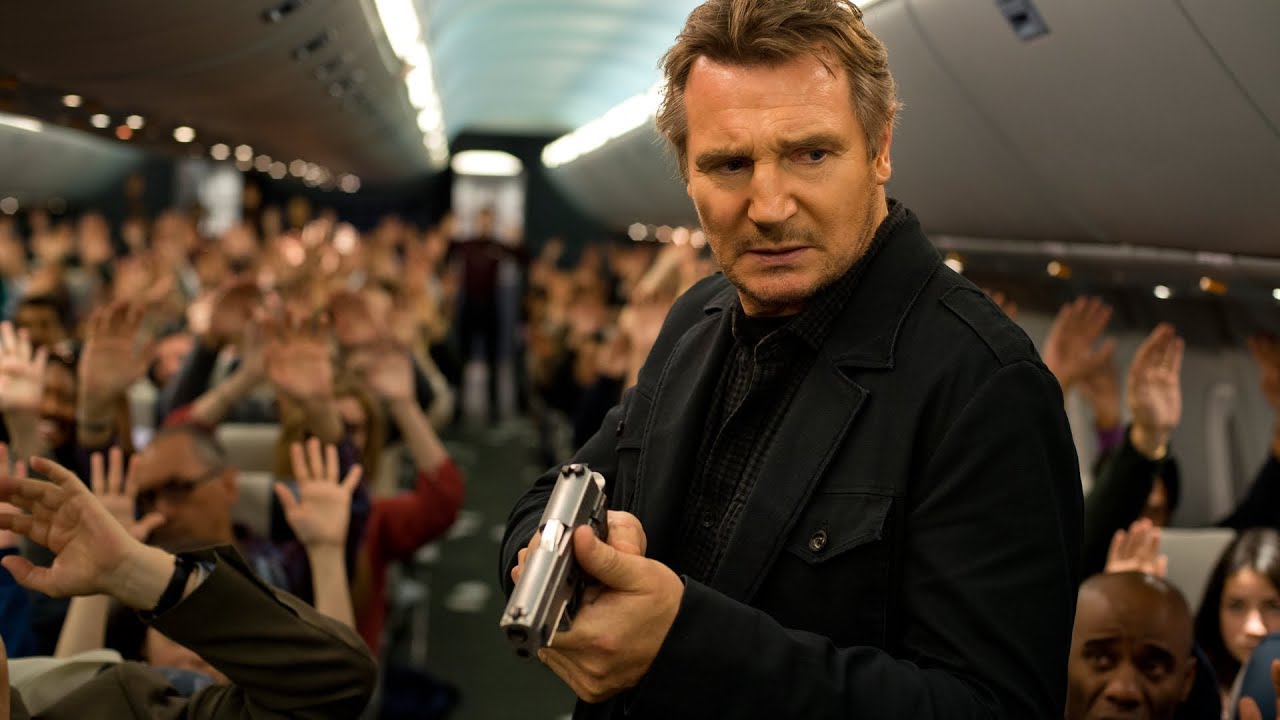 ‘Non-Stop’ is an action thriller film directed by Jaume Collet-Serra. It revolves around Bill Marks (Liam Neeson), an alcoholic ex-NYPD officer turned Federal Air Marshal aboard a hijacked transatlantic flight. Marks must arrange for the hijacker’s ransom fee while attempting to save the passengers from being executed one by one. The hijacked airplane setting is a disaster waiting to happen with the lives of hundreds of passengers at stake. Moreover, the mysterious identity of the killer adds to the impending sense of doom of the story. 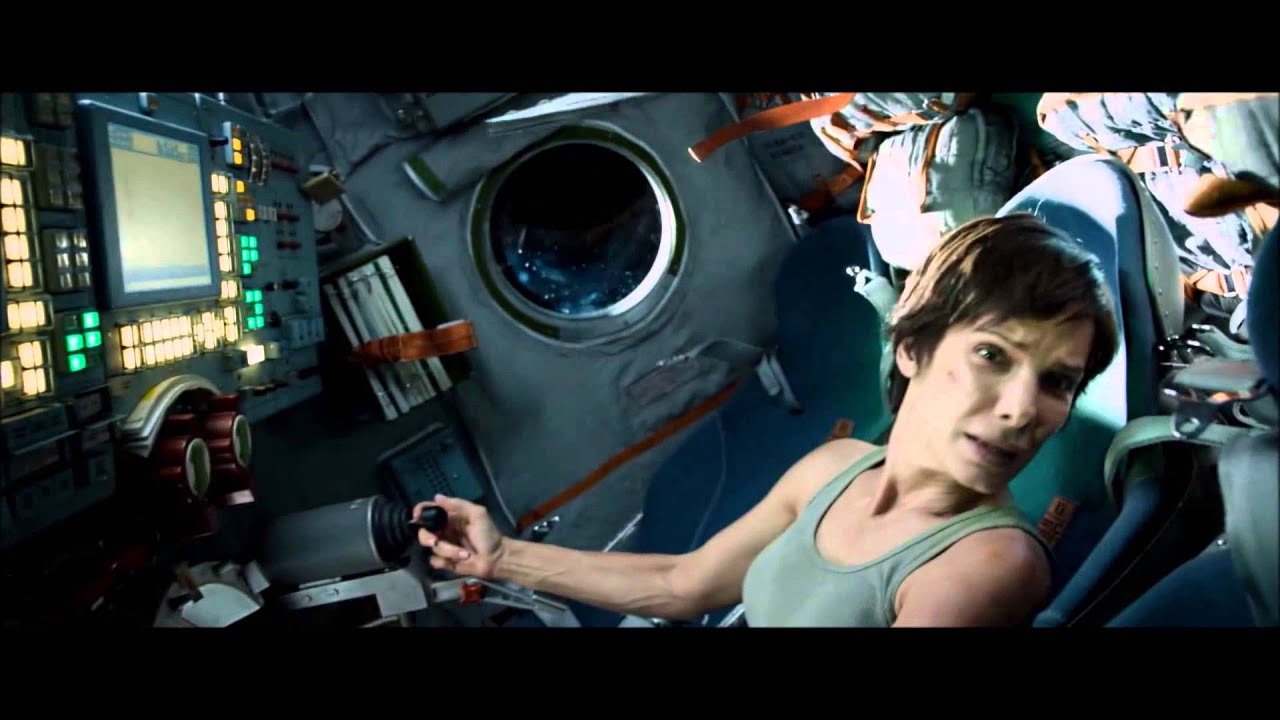 Directed by Alfonso Cuarón, ‘Gravity‘ is a 2013 Academy Award Winning science-fiction film. It follows two American astronauts who are stranded in space after their space shuttle is destroyed mid-flight. The duo’s struggles to survive in space and return to earth form an engaging and emotionally moving storyline. The space setting adds a new flavor to the disaster movie genre, and powerful performances from Sandra Bullock and George Clooney add a cherry on the top. 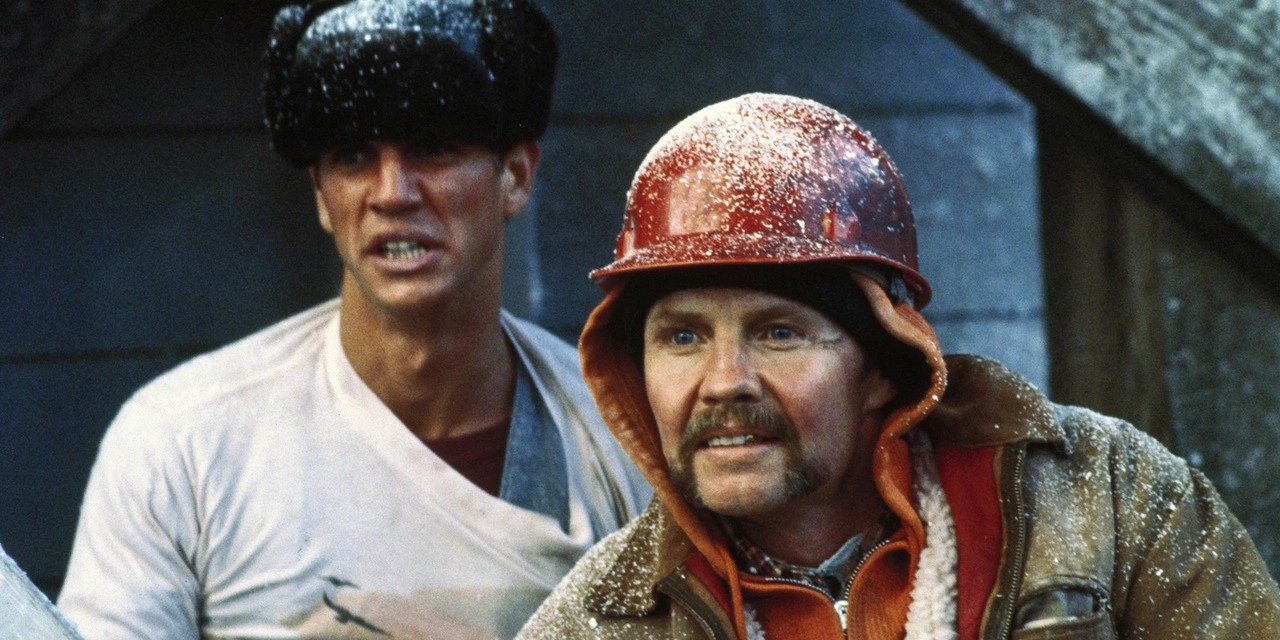 The Andrei Konchalovsky directorial ‘Runaway Train’ is a thriller film about two escaped prisoners who find themselves on a train speeding through snow-covered Alaska. However, they are forced to team up with the female assistant locomotive driver to save themselves and the passengers following an incident that makes it nearly impossible to stop the train. Based on a story by legendary filmmaker Akira Kurosawa, ‘Runaway Train’ is one of the most critically acclaimed films in the disaster genre.

‘Geostorm’ is a science fiction disaster film directed by Dean Devlin. It tells the story of Jacob “Jake” Lawson (Gerard Butler), a satellite designer who must race against time to save the world from a deadly storm caused by the malfunctioning of climate-controlling satellites. While the threat of a storm isn’t unprecedented in the disaster film genre, the relationship between Jake and his daughter, Hannah, adds an emotional layer to the fast-paced, action-packed narrative. Despite negative reviews, true fans of the genre will find ‘Geostorm’ entertaining in its own right.

The second film on this list starring Gerard Butler in the lead role is 2020’s ‘Greenland.’ The disaster film is directed by Ric Roman Waugh and written by Chris Sparling. It follows John Garrity (Butler), a structural engineer John Garrity from Atlanta, Georgia, who learns about a comet set to collide with and destroy the earth. While attempting to save the lives of billions, John must ensure his family’s safety amidst bureaucracy and scientific challenges with little time on hand. The film keeps viewers on the edge of their seats with high-stakes and life-threatening situations.

‘Twister‘ sees Dr. Joanne “Jo” Harding and her husband, Dr. William “Bill” Harding using their combined knowledge to stop violent tornadoes set to destroy Oklahoma. The film, directed by Jan de Bont, follows all the beats of a classic disaster movie and features some of the visuals among the genre’s movies of the decade. However, it sets itself apart by highlighting the relatable relationship between its protagonist couple, who are going through a divorce. Thus, the “tornado” makes for an apt metaphor for the turmoil in the couple’s relationship. 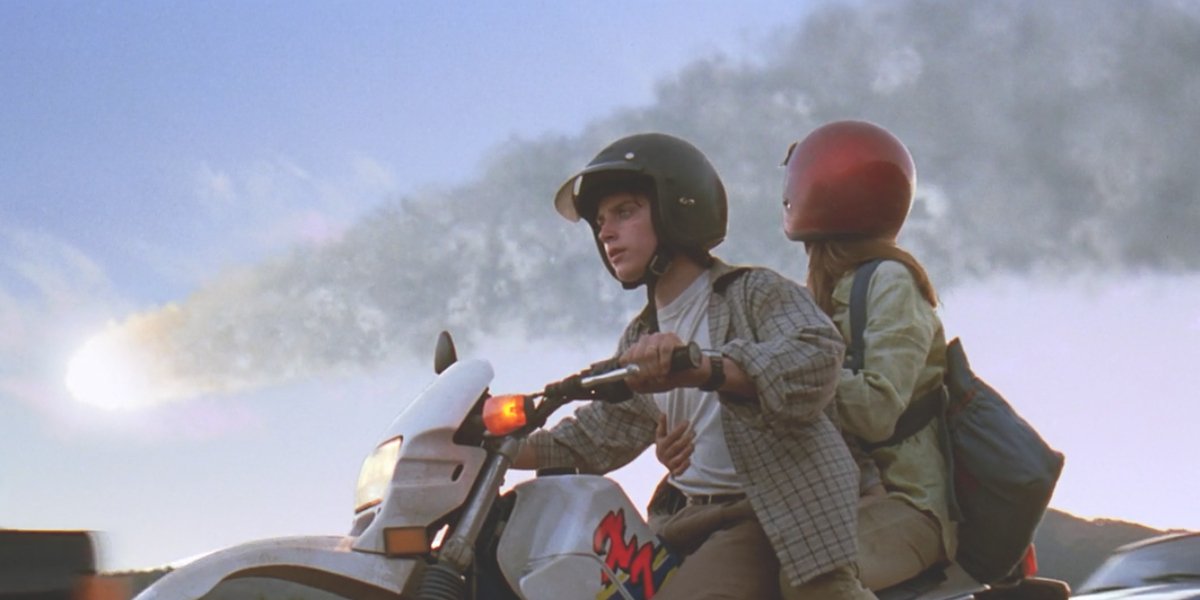 Directed by Mimi Leder, ‘Deep Impact‘ is a science fiction disaster film. It follows the USA’s efforts in preparing to save its citizens from a deadly comet set to collide with the earth and cause mass extinction. Simultaneously, a daring team of pilots embarks on a one-way mission to destroy the comet before it collides with the earth’s surface. The double-edged narrative allows the film to inventively explore action and survival themes creating a memorable visual experience in the process. 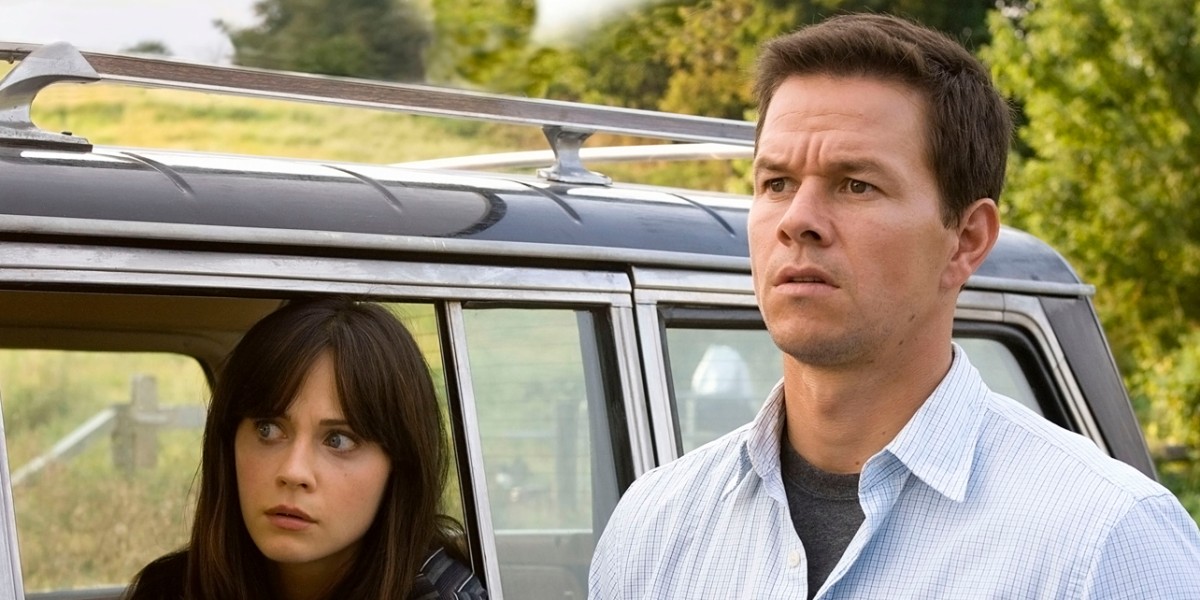 ‘The Happening’ is director revered M Night Shyamalan’s attempt at the disaster film genre with Mark Wahlberg starring in the lead role. The film deals with an inexplicable natural disaster that causes mass suicides. Meanwhile, science teacher Elliot Moore embarks on a quest to unravel the truth behind the suicides to save his family from succumbing to the same fate.

Shyamalan brings his dark and ominous storytelling style to the story and keeps the viewers engrossed by slowly unpeeling the mystery about the disaster, which separates ‘The Happening’ from other films in the genre. Despite its negative critical reception and flawed screenplay, the film offers a fresh take on a genre with little scope for subversion. 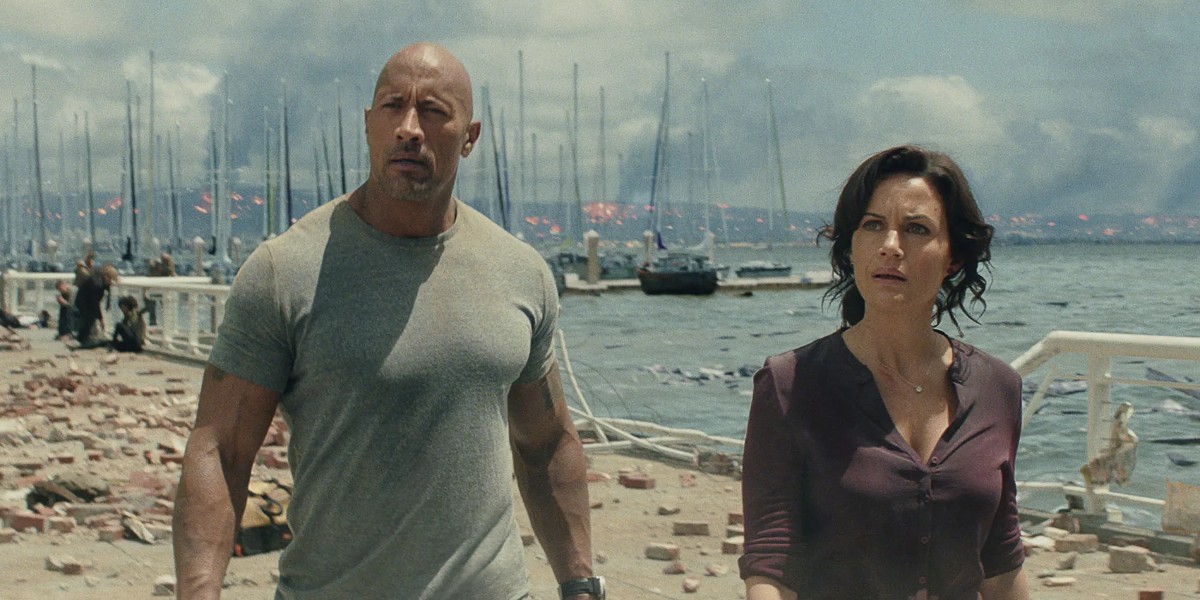 ‘San Andreas’ is a disaster film directed by Brad Peyton. It follows Ray Gaines, a Los Angeles Fire Department helicopter rescue pilot who must fight against all odds to reunite and save his family amidst a deadly earthquake tearing apart the city of San Andreas. With grand action set-pieces and a bold visual style, the film is a true blockbuster within the disaster film genre. Packing a star-studded cast, including the likes of Dwayne Johnson, Carla Gugino, and Alexandra Daddario, the film has plenty to offer viewers. The stunning visual effects transport viewers during a crisis situation and make them thoroughly worried about the characters’ fates. 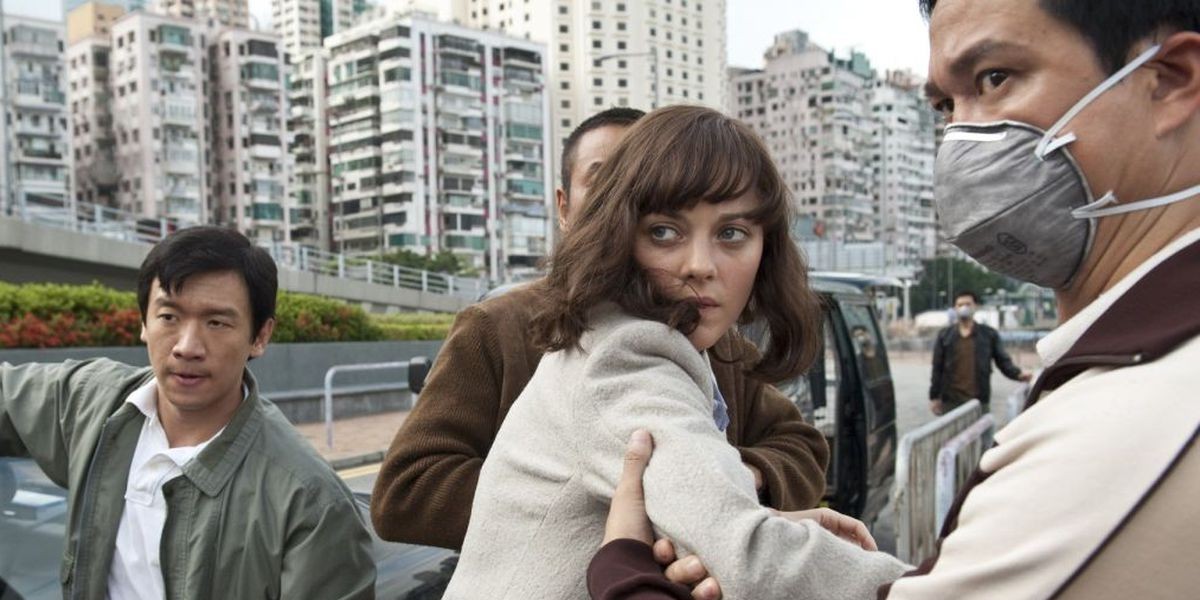 ‘Contagion‘ is a medical thriller film directed by Steven Soderbergh. The plot revolves around a deadly virus that spreads through respiratory droplets and fomites, claiming thousands of lives. As medical researchers attempt to learn more about the virus and its origin, humanity prepares to fight a potentially cataclysmic pandemic caused by it.

The film features an ensemble cast, including Matt Damon, Laurence Fishburne, Jude Law, Gwyneth Paltrow, Kate Winslet, and Bryan Cranston. Moreover, the film reinvents the diaster genre and becomes more thought-provoking and realistic during the current real-world climate. Unlike other genre films, it offers viewers a bleak and open ending hitting home its realistic themes. For those reasons, ‘Contagion’ is our top pick for this list!