Where Was Wrath of Man Filmed?

‘Wrath of Man’ is an action thriller film that reunites director Guy Ritchie (‘Aladdin‘) and actor Jason Statham for the first time in fifteen years since their collaboration on the 2005 film ‘Revolver.’ An adaptation of the French thriller ‘Le Convoyeur’ AKA ‘Cash Truck,’ the movie revolves around a security agency that transports millions of dollars across Los Angeles every week. The mysterious Harry “H” Hill joins the agency with the intention of finding his son’s killers. If you are wondering where the movie’s high-octane action sequences and other scenes were filmed, you have come to the right place. Here’s everything we know about the filming of ‘Wrath of Man.’

Principal photography on ‘Wrath of Man’ started in early November 2019 and was likely wrapped up in the first quarter of 2020. The movie is primarily set in Los Angeles, California, and was partially filmed on location in the city. Certain portions of the movie were shot in London, England. Let’s take a closer look at the movie’s filming locations.

Los Angeles is one of the most culturally diverse cities and highly visited filming destinations in the world. The city is the focal point of the Hollywood film industry and offers skilled labor adept in filmmaking, scenic locations, and talented actors. Most of the film’s action takes place in the heart of the city, and the production crew filmed several scenes on location. The cast and crew shot sequences on parts of East 1st Street, South Myers Street, and Sun Mun Way in the city. 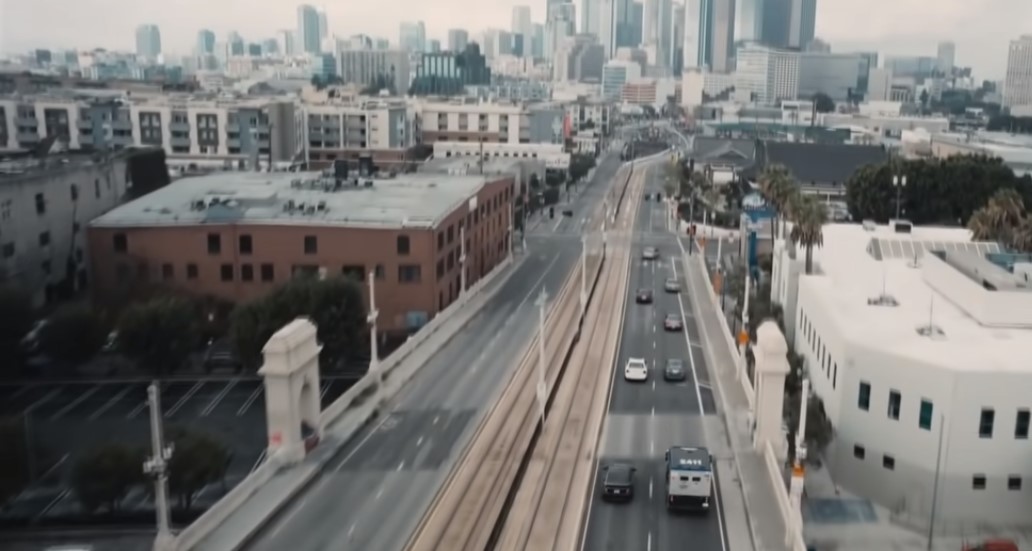 The capital of England, London, is a major filming location of the movie. Some of the indoor scenes were filmed on soundstages at London Film Studio located at Theatre Square, London E15 1BX. The city is an important part of the British film industry, and many popular action films such as ‘Wonder Woman 1984,’ ‘Batman Begins,’ and ‘Fast & Furious: Hobbs & Shaw‘ have been filmed in the city. London is also famous for its ancient Gothic-style buildings, exquisite gourmet food, and art galleries.

Some sequences were most likely filmed either at Shepperton Film Studios in Surrey or Pinewood Studios in Iver. Both studio complexes are properties of the Pinewood Group. They are iconic filming locations that have been used for filming multiple big-budget films, including Ritchie’s other films ‘Sherlock Holmes‘ and ‘Sherlock Holmes: A Game of Shadows.’