Who are the Black Rabbits in Pinocchio, Explained 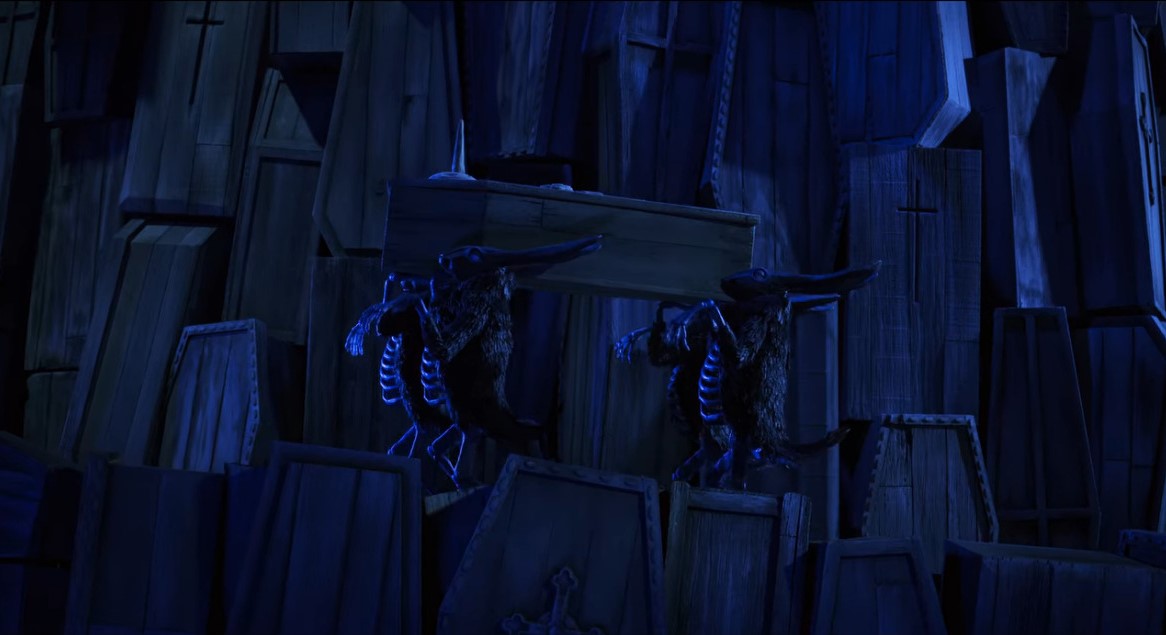 Netflix’s ‘Guillermo del Toro’s Pinocchio’ is an animated fantasy film based on the 1883 novel, ‘The Adventures of Pinocchio,’ by Carlo Collodi. Set in the 1930s in Italy, the movie follows Pinocchio as he embarks upon a quest to discover the world and himself. The film’s overall narrative seems to carry a sense of realism, but several magical elements pique the audience’s interest.

Pinocchio interacts with magical spirits and a talking cricket, and they serve a specific purpose in his arc. One such interesting group of characters is the black rabbits, who exist in an ethereal dimension. So, who are these black rabbits, and what is their significance? Well, allow us to appease your curiosity.

Who are the Black Rabbits? What is Their Purpose?

The four black rabbits are undertakers who work for the spirit, Death. They are responsible for carrying souls who die in a coffin and keeping them in a place beyond the mortal realm. The four characters also appear in the original book when the Fairy with Turquoise Hair summons them to scare Pinocchio. Pinocchio acts stubborn and doesn’t take his medicine. So the Fairy calls the four black rabbits to show him what will happen if he doesn’t take medicine. The four black rabbits’ purpose remains the same in the movie, but they appear under different circumstances. 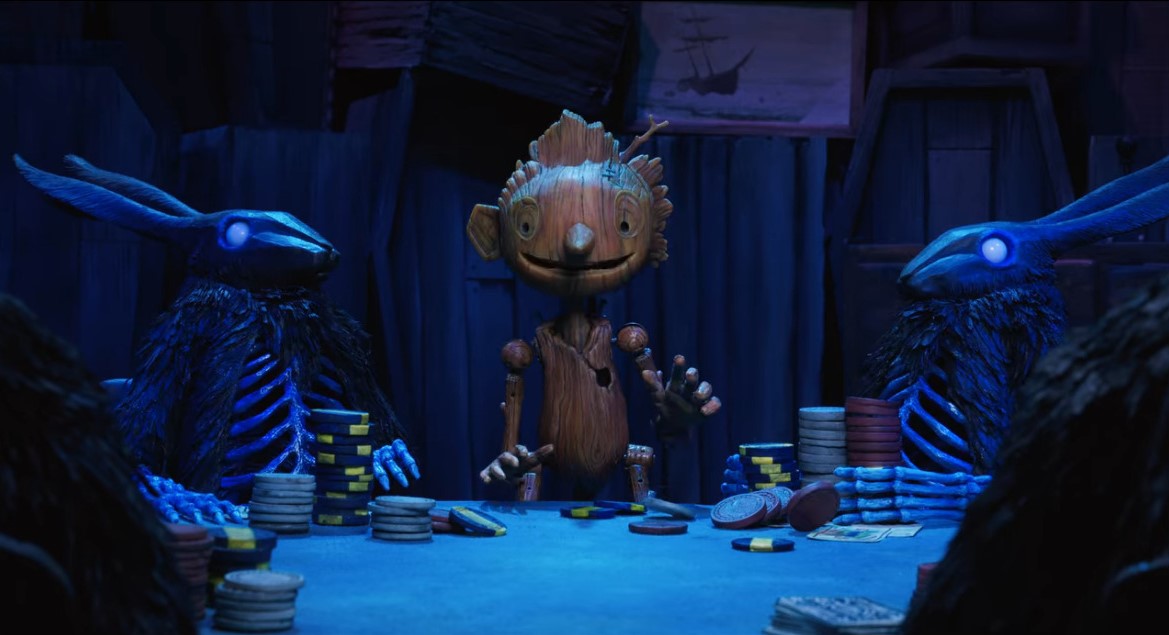 Geppetto and Count Volpe are fighting over who will take Pinocchio. As the two men tug at his body from both ends, they lose control, and Pinocchio falls into the middle of the road. The podesta, who is in his car, unintentionally drives over the wooden boy, and Pinocchio dies instantly. In the next scene, the four black rabbits carry his soul in a coffin and place it along with a few other coffins. They mark a ticket which likely is a count of the number of souls they brought from Earth. Following this, they play a card game when Pinocchio comes out of his coffin and says he isn’t dead.

The four black rabbits direct him to Death and continue with their game. Over the course of the movie, we see them two more times. First, when Pinocchio dies, and the second time, when Sebastian J. Cricket finishes narrating Pinocchio’s story. Toward the end, we realize that the movie is one extensive narration by Sebastian J. Cricket in front of the four black rabbits.

In various cultures, rabbits have different meanings, but one of the most popular ones is a fresh start. In Christianity, Jesus’ rebirth is celebrated as Easter, and the Easter Bunny symbolizes a new beginning. Although Pinocchio is immortal, he dies several times and is reborn. Thus, we can say that the four black rabbits represent rebirth because every time Pinocchio dies, the rabbits carry him toward his next birth.