Who Is Amber Chesborough in Echo 3? Is She Based on a Real Scientist? 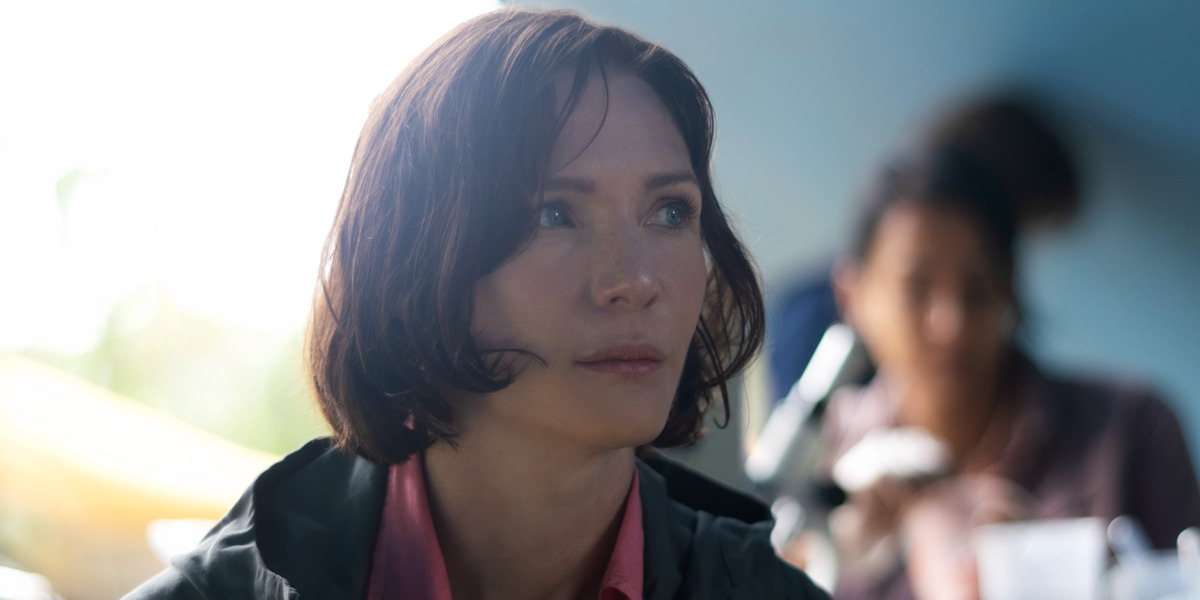 The Apple TV+ action thriller series ‘Echo 3’ revolves around the mysterious disappearance of scientist Amber Chesborough from a research trip near the Colombia-Venezuela border. With her life at stake, Amber’s brother Bambi and husband Prince, two JSCO officers with extensive military experience, launch a mission to save her.

The series is created by ‘The Hurt Locker‘ and ‘Zero Dark Thirty’ fame Mark Boal, who is known for his realistic take on military thrillers. It is an adaptation of Omri Givon’s Israeli thriller show ‘When Heroes Fly.’ Amber’s scientific talents and family background make her an obvious target for the rebels who kidnap her. However, is the character based on a real scientist? If you are looking for answers to this question, here is everything we have gathered on Amber Chesborough in ‘Echo 3.’

Who Is Amber Chesborough?

Amber Chesborough first appears in the series premiere episode of ‘Echo 3,’ with actress Jessica Ann Collins essaying the role. Collins rose to prominence with her performance as Lizzie Miller in the ABC drama series ‘The Nine.’ She previously collaborated with ‘Echo 3’ creator Mark Boal, appearing as Debbie in the 2012 thriller film ‘Zero Dark Thirty,’ written by Boal. Collins is arguably best known for her performance as Emma Beesley in the Netflix drama series ‘Clickbait.’ 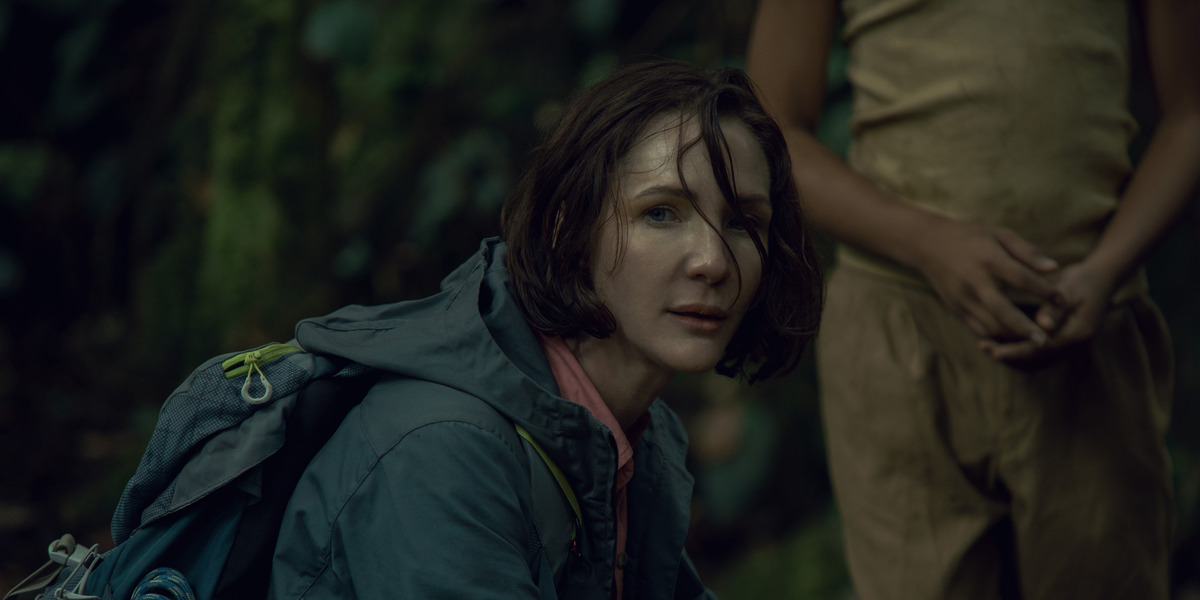 Amber is a scientist, but the series introduces her as the sister of Bambi (Luke Evans), a JSOC Delta Force member. In the first episode, she marries Prince, Bambi’s teammate, and a fellow social ops officer. Prince is the son of a wealthy businessman who sells technology and weapons to the military. On a research trip to Colombia, Amber is kidnapped by a group of local rebels, forcing Bambi and Prince to mount a dangerous rescue mission. Meanwhile, Amber also hides several dark secrets.

Is Amber Chesborough Based on a Real Scientist?

In the series, Amber is a scientist who is researching a cure for addiction. Her research includes examining several plants acting as hallucinogens and using their properties to treat addiction. Her research takes her to the Colombia-Venezuela border, where Amber is about to make a breakthrough. However, she is kidnapped by a group of Colombian rebels who believe her to be a CIA Agent. Later, Bambi reveals that Amber works for the CIA as a side hustle. 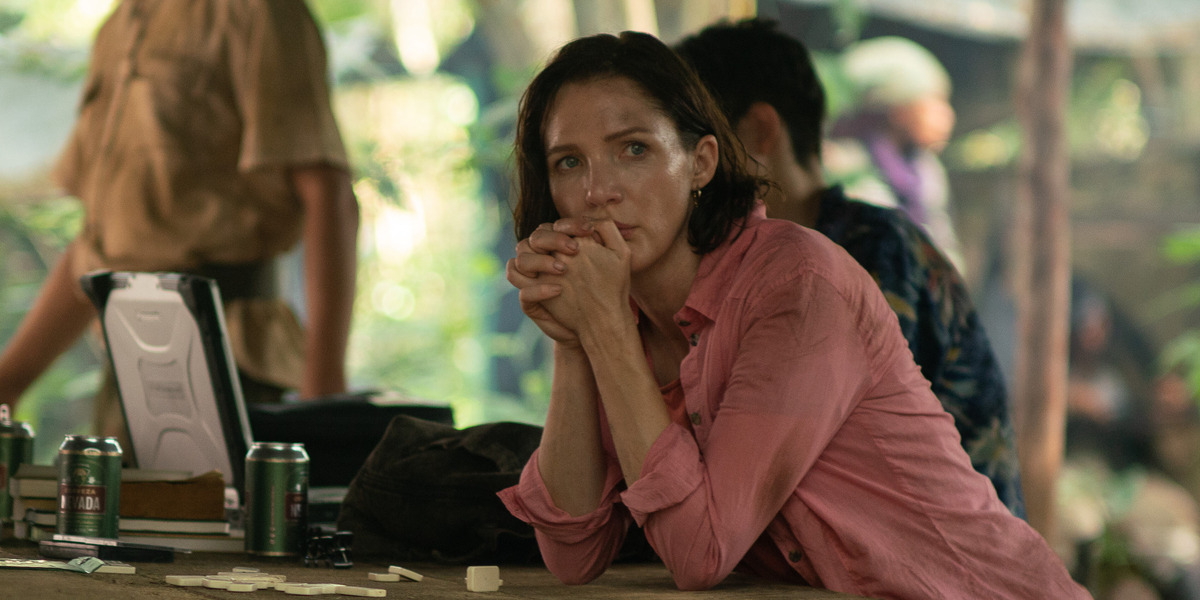 Amber’s scientific research and her connection to the CIA add a unique dynamic to the character, and while reality can be stranger than fiction, that is not the case here. Amber is a fictional character created for the show. The series is based on the Israeli thriller show ‘When Heroes Fly’ that revolves around the disappearance of Yael ‘Yaeli’ Ashkenazi. While the character can be seen as Amber’s counterpart, the American adaptation revamps the character making it more nuanced and layered. Amber’s relationship with her brother and husband adds a new aesthetic to the story. The strong family theme creates some emotional moments and allows viewers to empathize with Amber.

In an interview, actress Jessica Ann Collins explained the elements that make her character human and realistic. “It meant everything because I was allowed to be a fully realized female human being. I was able to go to those dark places and show sides of a character that sometimes were ugly or unappealing, but that hopefully made her as human and relatable as possible. Because I think we all hold within ourselves all of those things,” she told Nerds & Beyond. Collins’ words indicate that her character is not based on real people. Instead, it is an archetype devised to connect viewers with the show’s subject material and themes. Hence, viewers will find Amber to be a realistic character despite her fictional story arc.