Who Is Leonora Folger in Only Murders in the Building? How Did She Get the Painting? 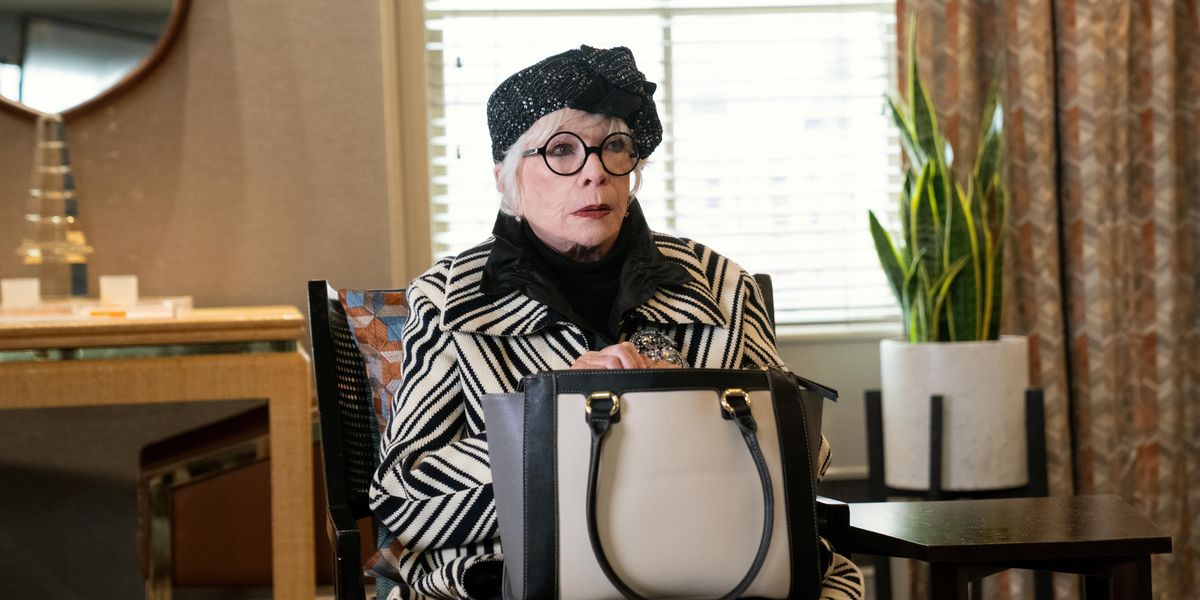 ‘Only Murders in the Building‘ season 2 sees Charles, Mabel, and Oliver becoming embroiled in the mysterious murder of their building manager, Bunny. To clear their names from the case and prove their innocence, the trio begins to investigate Bunny’s death. During their investigation, they meet Leonora Folger and learn about her connection to the painting missing from Bunny’s apartment. Therefore, viewers must be wondering about Leonora’s connection to Bunny and the painting. In that case, allow us to share everything you need to know about Leonora Folger in ‘Only Murders in the Building.’ SPOILERS AHEAD!

Who Is Leonora Folger?

Leonora Folger is introduced in the second episode of ‘Only Murders in the Building’ season 2, titled ‘Framed.’ She is the mother of Bunny Folger and arrives at the Arconia to attend the memorial ceremony held for her daughter. In a flashback sequence at the episode’s beginning, it is revealed that Leonora is the daughter of the Arconia’s architect, Archibald Carter. She married Mr. Folger and gave birth to their daughter, Bunny, who spent her entire life in the Arconia.

In the series, veteran actress Shirley MacLaine essays the role of Leonora Folger. MacLaine has a decorated acting career spanning seven decades, during which she has won an Academy Award, an Emmy Award, and six Golden Globes. Her more recent credits include ‘The Secret Life of Walter Mitty,’ ‘American Dreamer,’ and ‘Downton Abbey.’ MacLaine’s Leonora has a personality similar to her daughter. However, she also has a colorful past that the series slightly touches upon in the second episode.

How Did Leonora Get the Painting?

At the end of the first episode of season 2, Charles, Mabel, and Oliver learn that the painting missing from Bunny’s apartment is worth millions of dollars. Moreover, the piece of artwork mysteriously shows up in Charles’ apartment, and Charles identifies the man in the painting as his father. Thus, the trio decides to piece together the painting’s connection with Bunny’s death. At the memorial ceremony for Bunny, the trio learns that the painting originally belonged to Leonora Folger. Mrs. Folger also has the documents to prove her rightful ownership of the artwork. Moreover, Leonora is devastated at the painting’s loss, hinting that it holds sentimental value.

Later, when Leonora sees the painting in Amy Schumer’s apartment, she quickly dismisses it as a fake replica. In the closing moments, Leonora tells Charles that Charles’ father had an affair with her and the painting’s artist, Rose Cooper. Her affection for Mr. Savage prompted Leonora to buy the painting from Rose, who was financially struggling then. However, shortly after selling the painting to Leonora, Rose disappeared under mysterious circumstances and was found dead. Mr. Savage was likely arrested for Rose Cooper’s murder, thereby linking the painting to several tragedies.

In the episode, Leonora proves that she is the painting’s original owner and shares personal ties with its artist and subject. However, the episode does not reveal how Bunny came into the painting’s possession. Leonora staking her claim to the expensive painting right after her daughter’s death is a tad suspicious. Moreover, it also hints that Leonora did not share a cordial relationship with her daughter. Therefore, Leonora cannot be ruled out as a suspect in Bunny’s murder just yet.

Read More: What Did Bunny Tell Mabel Before Dying in Only Murders in the Building? Theories