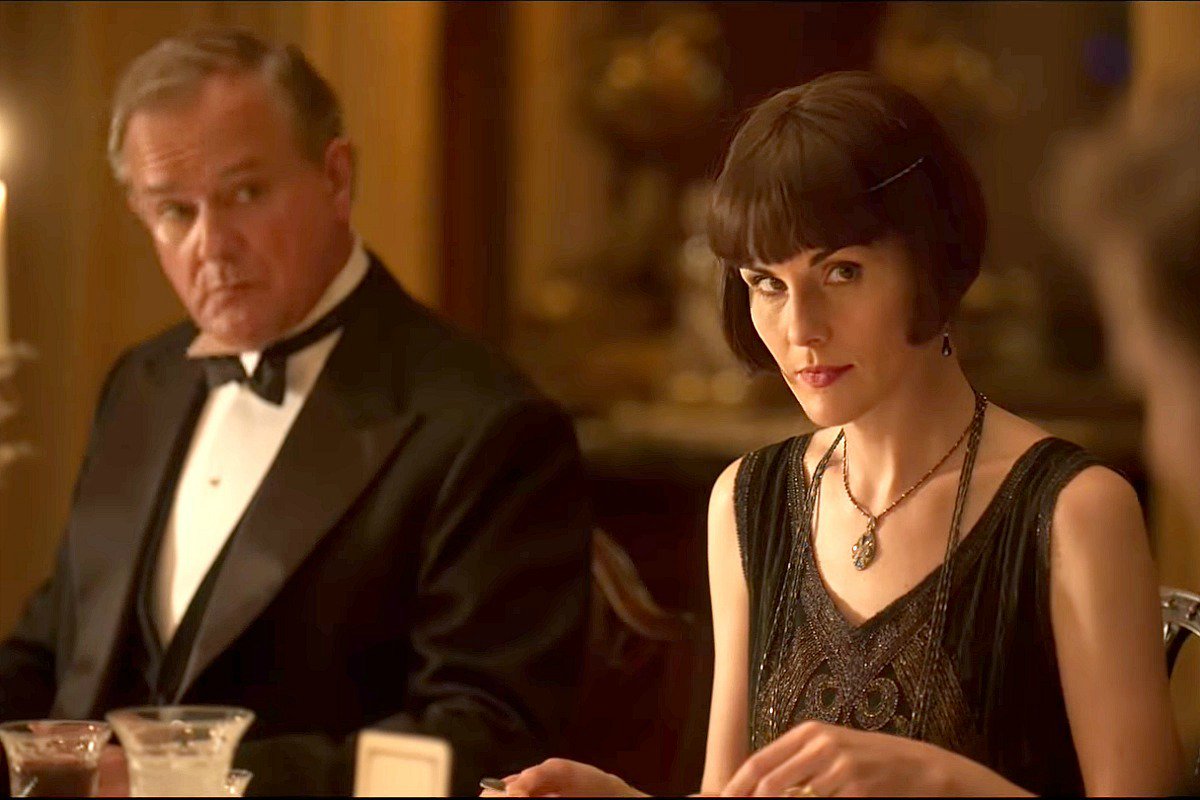 After being one of the most popular shows on television during its run from 2010 to 2015, ‘Downton Abbey‘ creators played a masterstroke by coming out with a movie to capitalize on the popularity of the series. Since its announcement, the ‘Downton Abbey’ movie has managed to garner huge interests from the public, just like Netflix turned a lot of eyes when they dropped a short teaser of the ‘Breaking Bad‘ movie ‘El Camino‘. The ‘Downton Abbey’ movie is quite a safe bet at the box office owing to the fact that it has millions of dedicated followers throughout the world who are eagerly waiting to see the Crawleys for one last time. However, there is definitely one problem that emerges in this entire scenario — is the film also for those viewers who have not watched the series?

The film essentially continues the story from where the series left off, talking about a time when most of the members of the Crawley family return to their eponymous estate to play hosts to the visiting King George V and Queen Mary. The film is written in such a way that it offers enough screentime for most of the major characters to flourish. If you enjoyed watching this movie and are looking for more such films, then you have arrived at the right place. Here’s the list of best movies similar to ‘Downton Abbey’ that are our recommendations. You can watch several of these movies like ‘Downton Abbey’ on Netflix, Hulu or Amazon Prime. 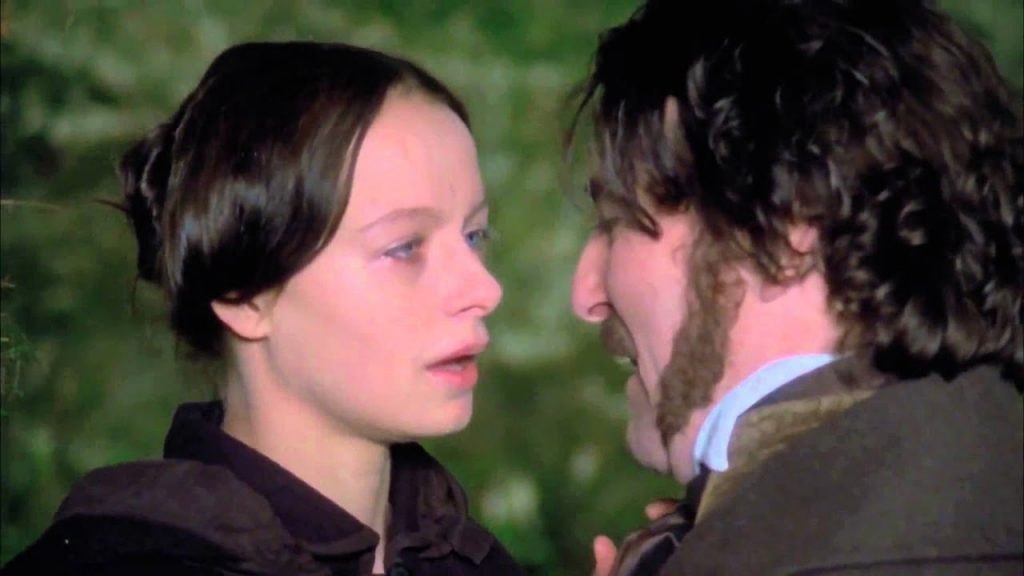 Written by the eminent author Charlotte Brontë, ‘Jane Eyre’ is one of the greatest novels of the Victorian Era which was made into a film by Robert Young in 1997. The film centers on the story of the eponymous character, who reports to Thornfield Hall to apply for the post of a governess in reply to a newspaper advertisement. Jane has to look after Adele, the daughter of a certain Mr. Rochester. While staying at Thornfield Hall, Jane slowly falls in love with Rochester. But when their relationship gives her an inside knowledge about him, Jane is shocked by the dark secrets her lover hides within himself. What viewers should remember while watching this film is that it leaves off a lot of stuff that happens in the book which traces Jane’s life through her childhood till her marriage. 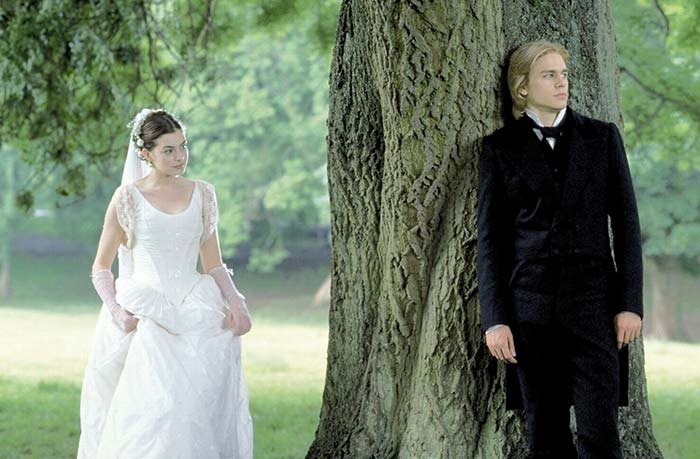 ‘Nicholas Nickleby’ is not exactly a film about a family, like ‘Downton Abbey’, but is set during a similar time, and chronicles the life of genteel Englishmen, while also providing an interesting account of how a lot of poor people are made to suffer just because these noblemen can have a good life. The story centers around the eponymous character who goes to his uncle for help with his mother and sister after his father passes away. Instead of helping the family, the uncle sends them to work under dubious people who are morally and ethically bankrupt. How Nicholas manages to bypass the evil schemes of these people and turns his and his family’s life around form the crux of the film. The dialogue is very interestingly adapted from the original text, and the performances are simply brilliant. 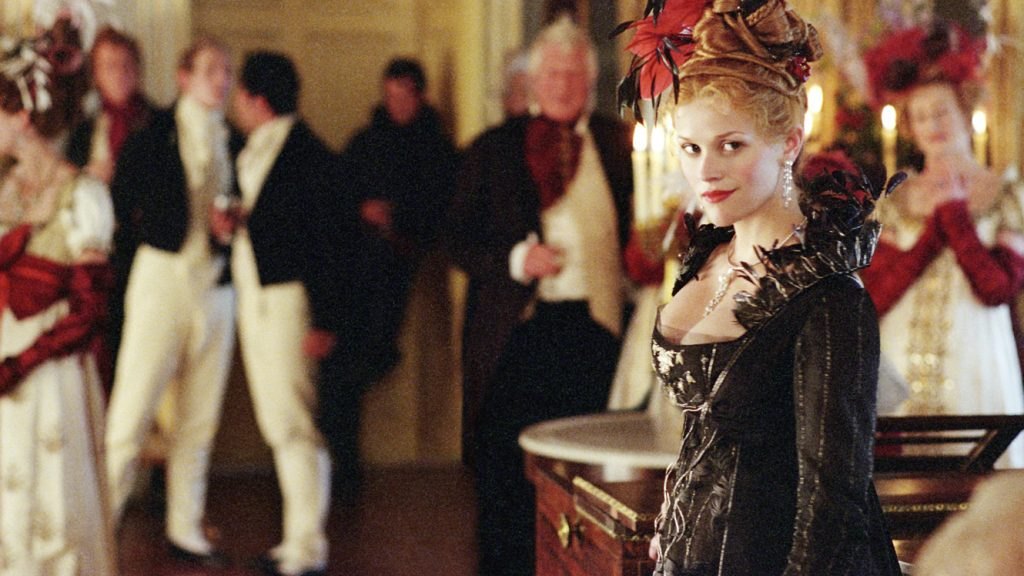 Reese Witherspoon stars in this period drama directed by Mira Nair based on the novel by William Makepeace Thackeray. The story of the film centers around a girl called Becky Sharpe who always desires to belong to the upper classes of the English society and will do anything to realize her dream. To do this, she leaves her school and starts a romantic relationship with the son of the upper-class Crawleys, Rawdon. But their marriage faces difficult times after Rawdon is disinherited from his family’s properties. Becky is later looked after by Marquess of Steyne, but she soon discovers his lecherous side. Critical opinion on this film has been highly divided. While some have said that Nair does away with the inherent mischief and vicariousness in the novel, others have praised the great characterizations, dialogue, and humor in the film. However, what we all can agree upon is that Witherspoon is astonishing in the film. 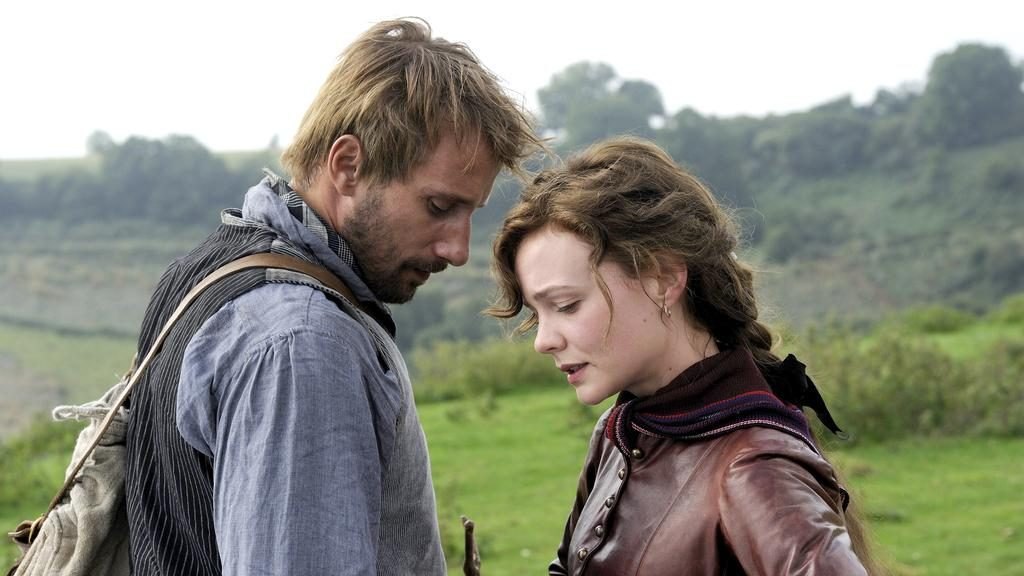 ‘Far From The Madding Crowd’ tells the story of a woman called Bathsheba who attracts suitors from various classes of life in Victorian England, each of whom tries to capture her heart. At first, it is a shepherd called Gabriel Oak who is employed to work at her farm; then it is a mature bachelor called William Boldwood; and finally, there is a sergeant called Frank Troy. The story takes an interesting look at romantic relationships as they formed in Victorian England, along with its sociological and political background. Carey Mulligan has done a wonderful job in portraying the leading character, with some critics even saying that she has outclassed Julie Christie’s performance in the same role in the 1967 adaptation of this Thomas Hardy novel. 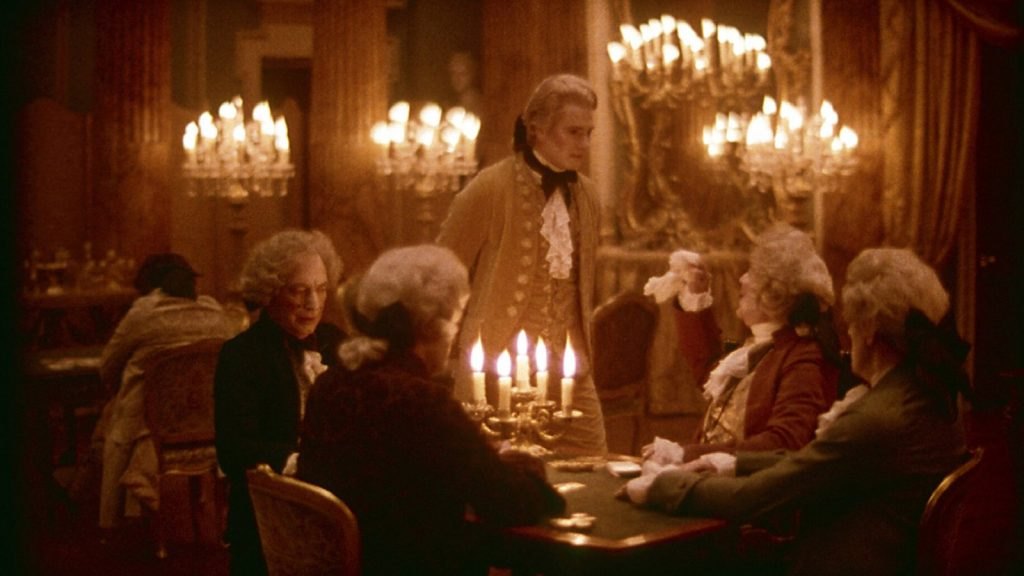 Whenever Stanley Kubrick steps into a genre, he revolutionizes it. ‘Barry Lyndon’, which he adapted from the book by William Makepeace Thackeray, set the standards for period dramas. The story follows the life of the eponymous character, who manages to climb to the top of 18th century British society by using whatever means necessary. Barry goes through numerous trepidations along the way – he fights for two armies, becomes a spy for a gambler, and even makes dangerous enemies. The cinematography in this film is mind-blowing, to say the least. Kubrick reportedly used lenses NASA used during the moon landing. The film is beautifully paced and it almost feels like one gorgeously poignant painting. 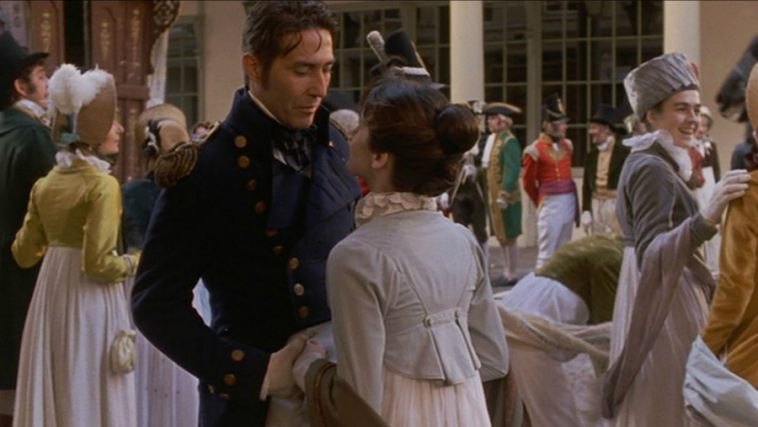 This film also looks at English aristocracy through a unique lens and depicts how marriage has been used in England for a long time as a tool in upward class mobility. The central character of the story is a girl called Anne whose engagement with Frederick is broken off by her father as he comes from a poor background. However, eight years after this scene, when Frederick’s brother-in-law rents Anne’s family’s estate, she has a chance to rekindle their romantic relationship once again. Or is Frederick too sore from the denial eight years ago? The film is one of the finest adaptations of Jane Austen’s novel and keeps her vision of English class and society of the eighteenth and nineteenth century intact. The performances by the cast members are also brilliant. ‘Persuasion’ stands out as an important commentary on the gender and class roles in English society which shaped the country and its colonies’ destinies for many years to come. 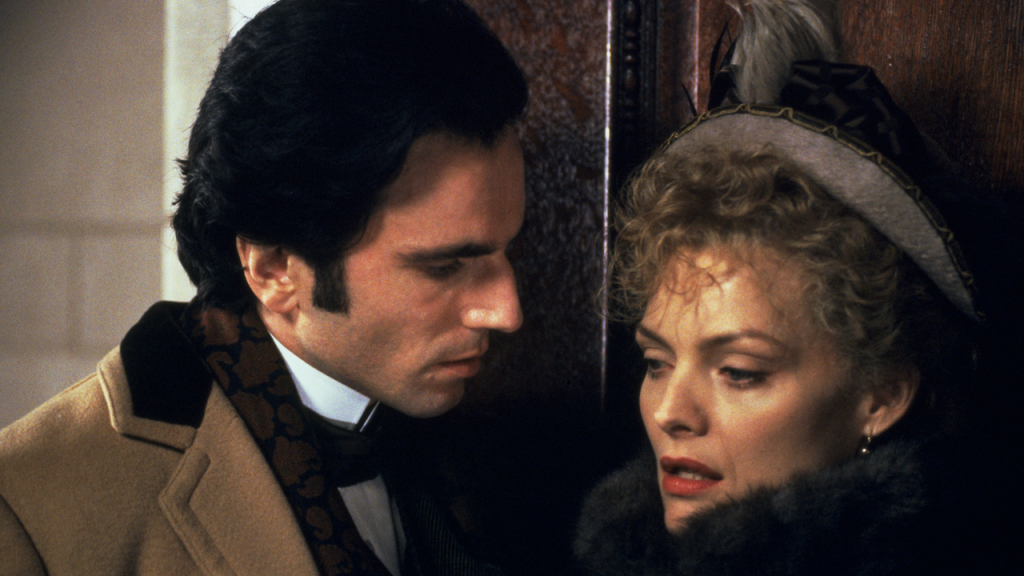 Martin Scorsese‘s 1993 film ‘The Age Of Innocence’ looks at the New York high society of the late eighteenth and early nineteenth century, a period now known as the ‘Gilded Age’. Scorsese’s adaptation of the Edith Wharton novel of the same name is quite brilliant to say the least, and is unlike anything the director had ever done before. He was always known as a modernist director who explored problems in modern-day New York; but Scorsese displays his versatility with this film, which is one of the best in its genre. In the movie, Daniel Day-Lewis plays the role of Newland Archer, a lawyer whose life takes a sudden and drastic turn when he falls in love with his fiancee’s cousin, who is also a Countess. Archer’s affair with the countess starts on a professional level, but soon evolves into an illicit affair which severely affects both of their lives. The film is brilliantly shot and acted. Daniel Day-Lewis, Michelle Pfeiffer, Winona Ryder received high praise for their performances. A must-watch for lovers of period romance!