Who is Melissa Rauch’s Husband? Does She Have Kids? 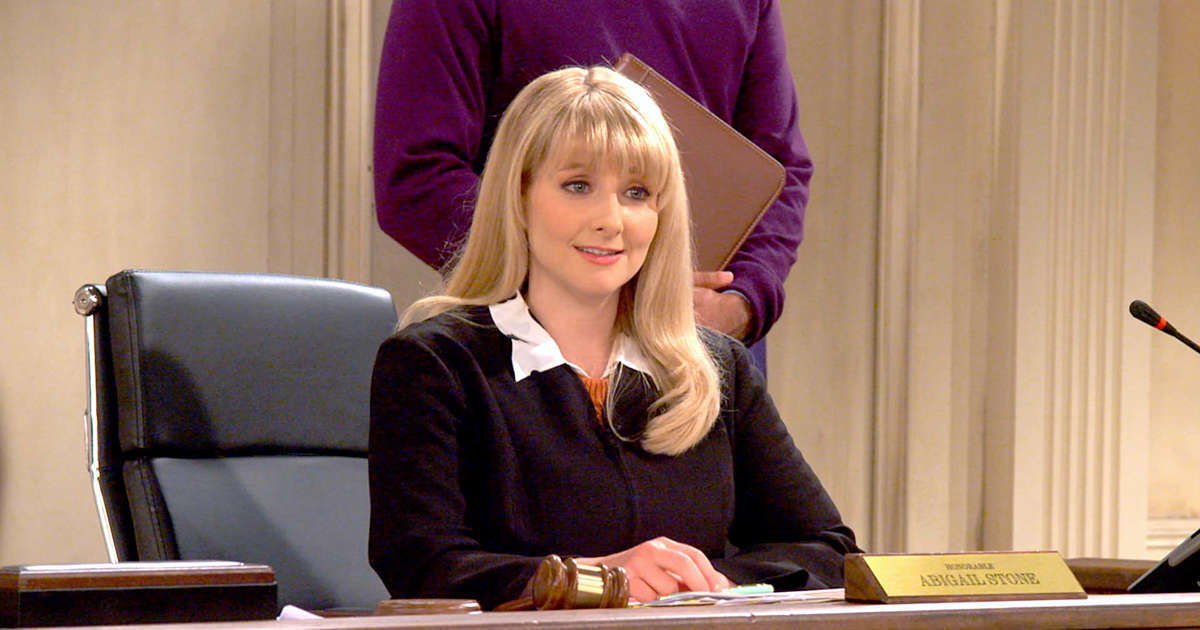 Melissa Ivy Rauch is a famous actress, model, and comedian who became a household name for her performance as Bernadette in the sitcom, ‘The Big Bang Theory‘ for which she was nominated for the Critics Choice Television Award for Best Supporting Actress in a Comedy Series. Moreover, her compelling performance as the protagonist in NBC’s reboot of ‘Night Court‘ has captured millions of hearts.

Melissa plays Abby Stone, the daughter of the late Harry Stone, who is set to fill her father’s shoes at the Manhattan Municipal Court. The actress has also made several appearances in other productions, ‘The Laundromat,’ ‘The Bronze,’ ‘Are You Here,’ ‘True Blood,’ ‘Cats & Dogs 3: Paws Unite!’ ‘Jeopardy,’ and others. With Melissa’s career and resume skyrocketing, fans are curious to know more about her personal life. Well, let’s dive in and look at the same in detail, shall we?

Melissa met the love of her life, her husband, Winston Rauch (née Beigel) while attending Marymount Manhattan College. He is a writer, producer, and director who prefers working behind the lens. Winston and Melissa’s love story is a perfect plot for a modern-day rom-com. She revealed that they bonded over their shared love for comedy. After Winston watched one of Melissa’s stand-up shows, the couple got together and decided to write sketches as a team.

After lots of shared laughter, romance sparked between the two, and the rest is history. In an interview with New Jersey Monthly, Melissa discussed her relationship with her husband. She said, “I am very fortunate that I met my husband in college. He is my best friend and the love of my life, in addition to being an incredible writing partner. The only thing I regret is not meeting him even sooner, as my life has just gotten better since he came into it.” The couple got married in 2007, and Winston decided to take Melissa’s last name.

The duo has continued to write together and collaborate in different productions. Their first official collaboration was in 2005 for a stage show, ‘The Miss Education of Jenna Bush.’ The same year, they performed it at the New York International Fringe Festival, taking home the Overall Excellence Award for Outstanding Solo Show. Additionally, Winston directed their performances at the Aspen Comedy Arts Festival’s 12th annual event and the Coronet Theater in Los Angeles fall of 2006.

The fun-loving pair have kept their inner child alive through all the years. After moving to the City of Angels, they blew off steam off work and had the time of their lives at Space Mountain. Winston co-wrote the dark comedy, ‘The Bronze’ with Melissa, wherein she played the role of Hope Ann Greggory. Furthermore, both are the executive producers for ‘Night Court.’ In an interview with Interview Magazine, Melissa divulged their professional relationship as writers.

The actress said, “Our process is that we outline everything to death before we take a stab at writing the dialogue … I’ll take a stab at the scene, he’ll take a stab at the scene, and we’ll combine the best of. Or it will be like, ‘What you wrote is better.’ It’s pretty balanced.” Other than work, the couple has a charity called Oscar’s Kids. The organization raises awareness and funding for pediatric cancer; they started the initiative with a fan from Ireland to honor Oscar, a five-year-old who passed away due to the disease. Indeed, Melissa and Winston are true beacons of love because they have been growing together and sharing a wonderful family.

Melissa and Winston share two beautiful kids, a girl named Sadie and a baby boy, Brooks. They welcomed their first child, Sadie, in December 2017 and their second child, Brooks, in 2020. Readers may not know that beautiful Sadie is the couple’s rainbow child. While Melissa was pregnant with her, she revealed to Glamour that she had priorly undergone the worst nightmare of a parent: losing a child due to miscarriage.

The actress heartbreakingly revealed how much she was scared it might happen again and wanted to share her story with mothers who underwent the same pain. In an interview with the same publication, she shared that her second birth didn’t go as planned as her husband was not with her during the process. COVID-19 pandemic restrictions didn’t allow Winston to be physically present with her in the delivery room as he was home with their daughter. Nevertheless, he didn’t leave her side and was present throughout over FaceTime. Melissa and Winston are thriving in their careers and have built a joyful life with their kids; we wish them the best for the years ahead!