Who Is Reth in Halo? Is He Based on a Video Game Character?

Based on the popular video game series of the same name, ‘Halo‘ follows Master Chief Petty Officer John-117. He finds himself at the center of humanity’s conflict with the alien theocratic organization known as the Covenant. In the series premiere, John discovers an ancient alien artifact with a mysterious connection to him. In his quest for answers about the artifact, John abandons his duty with the UNSC and heads to the settlement of Rubble. On Rubble, John meets a mysterious man called Reth, who seemingly has answers to his questions about the artifact. If you wish to learn more about Reth, his warnings to John, and whether the character has a video game counterpart, here is everything we have gathered on the matter! SPOILERS AHEAD!

Who Is Reth in Halo?

Reth is introduced in the second episode of ‘Halo,’ titled ‘Unbound.’ Actor Johann Myers essays the role of Reth in the series. Myers is known for his appearances in hit shows such as ‘Snatch,’ ‘Tribes of Europa,’ and ‘Small Axe.’ Some viewers will recognize the actor from his performance as Padan Fain in the fantasy drama series ‘The Wheel of Time.’ 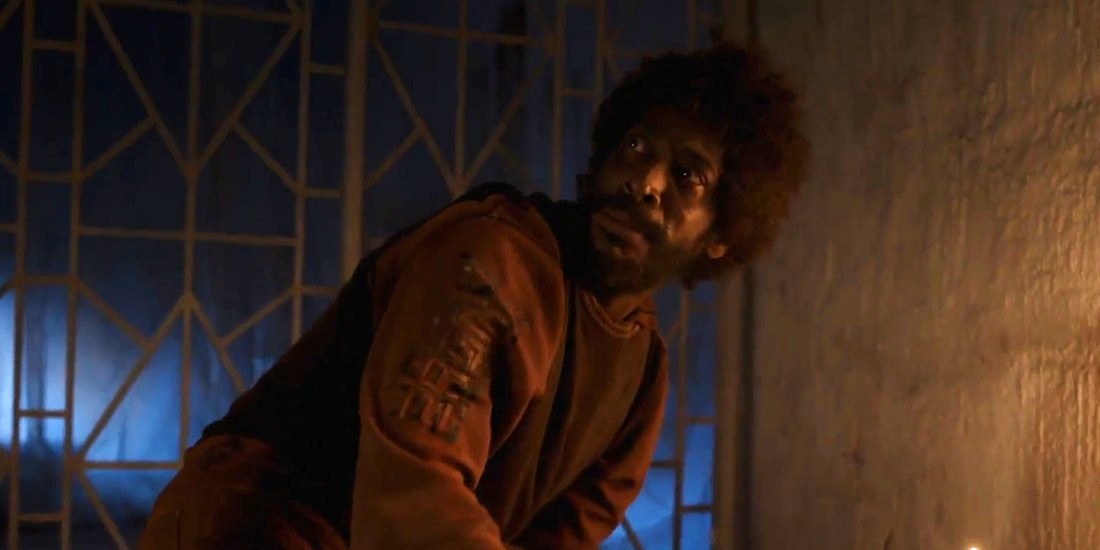 In ‘Halo,’ Reth is an acquaintance of Soren and lives in Rubble, a space settlement outside the purview of the UNSC. In episode 2, John arrives on Rubble with Kwan Ha Boo to ensure the teenager’s safety. John also hopes to find some answers about the mysterious alien artifact in his possession. Thus, Soren decides to introduce John to Reth. According to Soren, Reth spent time on a Covenant ship and understands their religion. During his conversation with Reth, John learns that he is sensitive to the artifact in ways that other humans are not. Moreover, Reth reveals that the artifact can destroy all sentient life across the universe, and the Covenant is desperately searching for it.

Is Reth Based on a Video Game Character?

Although ‘Halo’ primarily draws inspiration from the video game series of the same name, the character of Reth is not based on a character from the games. However, Reth does exist within the fictional ‘Halo’ universe and is introduced in the tie-in novel titled ‘Halo: The Cole Protocol’ written by Tobias Buckell. In the book, Reth is among a group of rebels who settle on the Rubble. He is part of the Kig-Yar species of aliens who serve the Covenant. He helps the Covenant breed an army of Unggoy in their fight against humanity. The Reth in the books differs in appearance compared to his television adaptation counterpart. In the books, Reth is described as an avian/reptilian-looking creature with combat abilities. However, in the series, Reth has a more human appearance with some deformities.

Nonetheless, Reth shares some similarities with his book counterpart, such as connection to Covenant and residence on Rubble. However, the Reth in the series does not appear to be very loyal to the theocratic alien organization. The same is evidenced as he shares the Covenant’s secrets with John. Since the series is set in a separate timeline from the canon established in games and books, the noticeable differences between the two versions of Reth are understandable. Actor Johann Myers who plays Reth, is listed as a recurring cast member, so viewers can expect to learn more about Reth’s affiliation in upcoming episodes.