Who is the Narrator of Jerry & Marge Go Large? 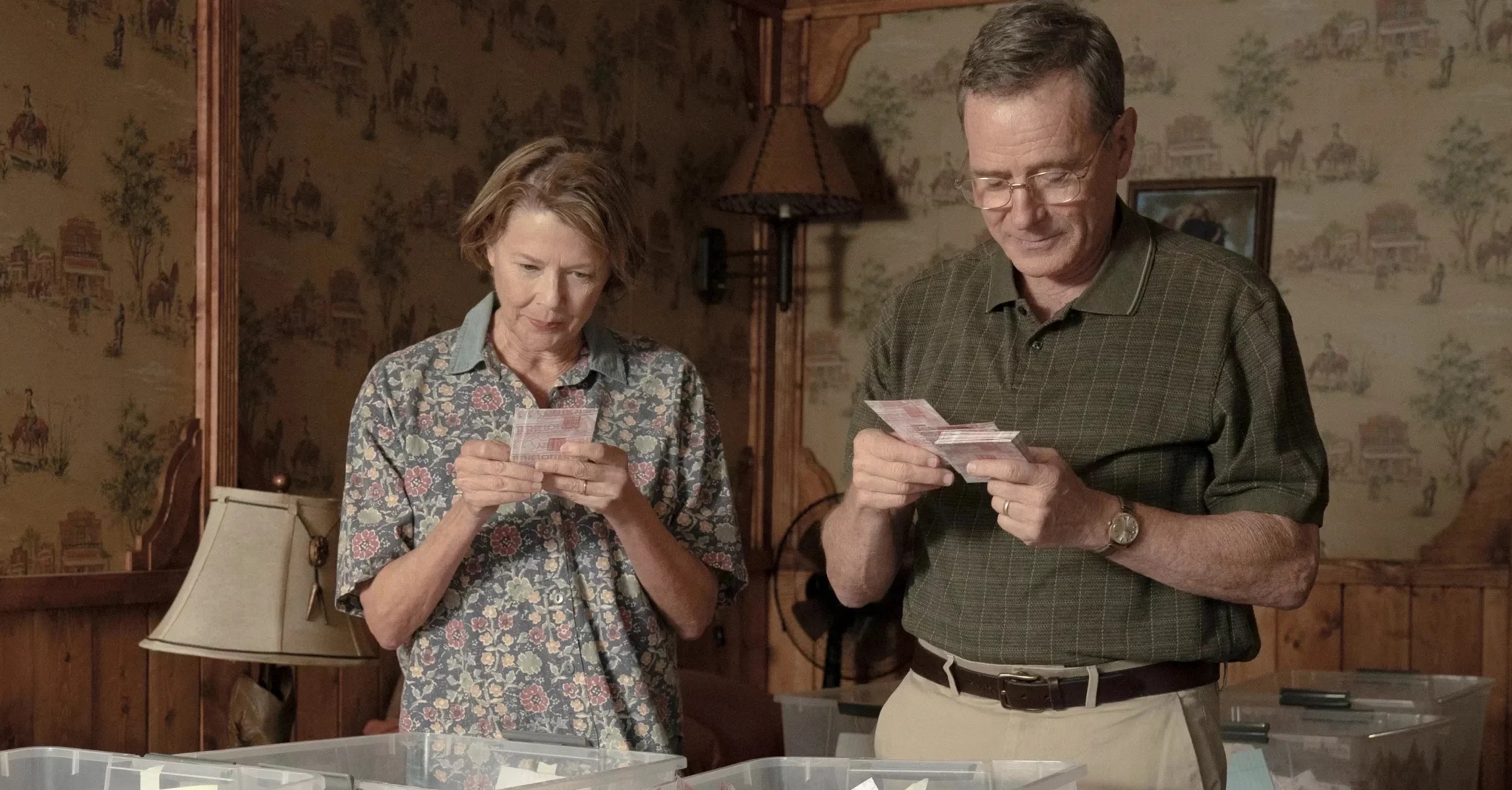 Directed by David Frankel, Paramount+’s comedy film ‘Jerry & Marge Go Large’ revolves around the titular couple, who change the lives of their friends and family members by taking advantage of a loophole in the WinFall lottery game. Jerry Selbee, who discovers the loophole, shares the same with his wife Marge Selbee and the two of them start to earn enormous profits.

As the heartwarming film progresses, the folks of Jerry and Marge’s town Evart, Michigan, become a part of their adventure. The film starts with a narrator introducing the Selbees and ends with the same narrator revealing the aftermath of the couple’s lottery adventure. Naturally, the viewers may want to know the identity of the invisible narrator. Let us share the same! SPOILERS AHEAD.

Bill, the owner of the Liquor Hut, is the narrator of ‘Jerry & Marge Go Large.’ Jerry and Marge enter into the life of Bill when the storeowner struggles with his troubled marriage. Without many things to be excited about in life, Bill leads a dull life. The Selbees’ arrival changes the same. Bill becomes a shareholder of the couple’s company and starts to root for their winning. He accompanies Marge when the latter spends hours and hours printing the WinFall tickets. It doesn’t take long for Bill to consider the old husband and wife as part of his family.

In the opening scene of the film, Bill introduces Jerry and Marge with warmth and love. The couple has given him something to be excited about in life. By being a shareholder of their company, Bill not only earns money but also the adrenaline rush of seeing Jerry and Marge winning their risky bets. After spending a significant part of his life alone in a store, he gets ecstatic about the presence of the couple. In his narration, Bill introduces them as “friends” and his words give the perfect introduction to the welcoming nature of the Selbees.

In the last scene of the film, Bill narrates the aftermath of Jerry and Marge’s WinFall adventure, revealing how much they have made and what they have done after the shut down of the WinFall lottery. He also reveals how he has managed to set up a man cave for himself. Bill’s words show how considerate and humble Jerry and Marge are. His narration has a sense of amazement an outsider will have upon knowing and spending time with the Selbees, which can be paralleled with a viewer getting to know about the two protagonists while watching the film.

Choosing Bill as a narrator rather than Jerry or Marge also sheds light on the couple’s nature. The husband and wife are too humble to narrate their own highly successful life saga. They do not consider their achievements and success as something remarkable, unlike Bill, for whom the Selbees’ success is nothing but a life-altering development. The affection in Bill’s words displays how well Jerry and Marge have affected him and his life despite Bill being a stranger to them when they met the store owner.

Rainn Wilson, best known for his iconic portrayal of Dwight Schrute in ‘The Office,’ portrays Bill in ‘Jerry & Marge Go Large.’ Wilson’s incredible voice enhances the narration and makes it remarkable. The actor has also served as a narrator in projects like ‘We Are the Champions,’ ‘Explained,’ and ‘The New Recruits.’ Wilson is also a famed voice artist and lends his voice to Gallaxhar in ‘Monsters vs. Aliens,’ Gargamel in ‘Smurfs: The Lost Village,’ and Lex Luthor in ‘The Death of Superman’ to name a few.