Who is The Old Man in The Gray Man? Theories 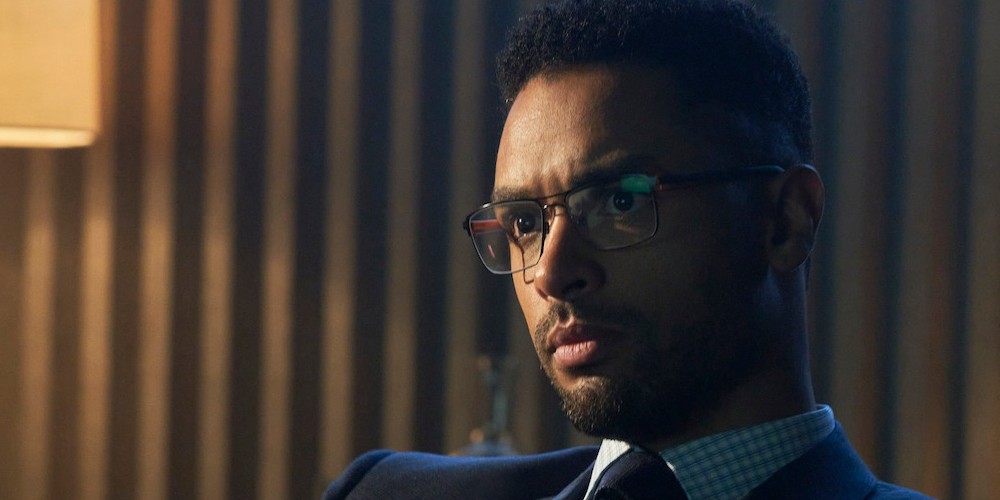 ‘The Gray Man’ is an action thriller film based on the 2009 novel of the same name by Mark Greaney. It is directed by Anthony and Joe Russo (‘Avengers: Infinity War‘) and stars Ryan Gosling and Chris Evans in the lead roles. The plot revolves around Sierra Six, a CIA operative forced to become a fugitive after coming across incriminating evidence against CIA Chief Denny Carmichael.

However, as the narrative progresses, it becomes evident that Carmichael is just a pawn in a larger scheme, and someone else is pulling the strings from behind the scenes. If you are looking for answers about the “old man” whom even Carmichael fears, here is everything you need to know! SPOILERS AHEAD!

The Old Man is first mentioned in ‘The Gray Man’ during a conversation between CIA Chief Denny Carmichael (Regé-Jean Page) and his associate Suzanne Brewer (Jessica Henwick). After Sierra Six gets hold of a flash drive with incriminating evidence against Carmichael, the latter exclaims that the old man will not be pleased with Sierra Six compromising highly sensitive information. His words hint that the Old Man is a feared figure but remains behind the shadows.

The mysterious person operates through Carmichael and other CIA Agents and is likely someone in a very powerful position. Carmichael also hints that the Old Man is behind his and Brewer’s meteoric rise in the CIA’s hierarchy. However, the Old Man’s real name is not revealed, nor does he make an appearance in the film. The character remains elusive but is firmly established as a dangerous figure in the world of ‘The Gray Man.’

Denny Carmichael is Working For The Old Man

As the CIA Chief, Denny Carmichael is among the agency’s top brass. He is answerable to no one, and the same is reflected in his actions during the film. Carmichael is involved in several covert missions and coverups that impact world politics. Hence, it is evident that there is a superior power that the CIA Chief answers to. The film’s events imply that this higher authority is none other than the Old Man. However, no further clues are given about the identity of the person Denny Carmichael is taking orders from.

In the book series that serves as the source material for the film, Denny Carmichael isn’t introduced until the fifth book ‘Back Blast.’ The book reveals that it is Carmichael, the Director of CIA’s National Clandestine Service, who has been hunting down Sierra Six for several years. However, Carmichael is secretly working on orders from Murquin “Kaz” Al-Kazaz, a member of the Saudi Intelligence Service. The film adaptation makes Carmichael an enemy of Six and directly ties him to the CIA operative’s rogue life. Therefore, it is unlikely that future films in the franchise will use the same twist as the books.

It is implied that the film’s iteration of Carmichael was installed as a high-ranking CIA officer by the Old Man for his own gains. As a result, the old CIA top brass comprising Donald Fitzroy (Billy Bob Thornton) and Margaret Cahill (Alfre Woodard) was pushed out of the agency. Hence, it is likely that Carmichael’s boss is a former member of the CIA who closely worked with Fitzroy and Cahill in the past.

In the book series, the Violator Working Group is a private company involved in the hunt for Sierra Six. Therefore, Carmichael’s superior maybe someone who has moved out of the espionage game and into the corporate setting. As a result, it would be easier for the mystery villain to manipulate things and pull strings from behind the scenes. For a definitive answer about Carmichael’s boss, viewers must wait for a sequel that sheds light on the matter.