Who Is Wayne Tillerson? Is the Actor Also in Yellowstone?

‘Outer Range’ is a mystery series created by Brian Watkins about the lives of the Abbott family, who own and operate the Abbott Ranch in Wyoming. However, their lives take a drastic turn when a mysterious black void appears on their property. Moreover, the Abbotts also find themselves in a conflict with their neighbors, the Tillersons. The family is led by patriarch Wayne Tillerson and viewers of ‘Yellowstone‘ will undoubtedly find him to be a familiar presence. If you wish to learn more about the menacing Wayne Tillerson and the actor who plays him, here is everything you need to know!

Who Is Wayne Tillerson?

Wayne Tillerson is introduced in the series premiere episode of ‘Outer Range,’ titled ‘The Void.’ He is the neighbor of the Abbotts and runs his own ranch known as the Tillerson Ranch. He first appears when he calls to warn Cecilia Abbott about an impending threat. Wayne is the father of Trevor, Lucas, and Billy Tillerson, who look after his ranch due to his illness. Wayne is nursing an unknown ailment and is mostly bedridden.

He is a capitalist and opportunist man who is used to getting whatever he wants. Wayne is also slightly superstitious and believes in the presence of supernatural forces. He is after the Abbott family’s Western Pasture and makes some legal arrangements to ensure he can claim the land. When Royal (Josh Brolin) tries to negotiate with Wayne, he refuses and hints that he is aware of the black void that has appeared on the Abbott Ranch. Wayne and Royal have known each for years, and although they maintain a polite facade, they actually have a strong dislike for one another.

Who Plays Wayne Tillerson? Is the Actor Also in Yellowstone?

Actor Will Patton essays the role of Wayne Tillerson in ‘Outer Range’ and appears in a recurring capacity. Patton is known for his performances in several hit films and television shows. His credits include the ‘Halloween’ film franchise and shows such as ‘Swamp Thing’ and ‘The Good Wife.’ 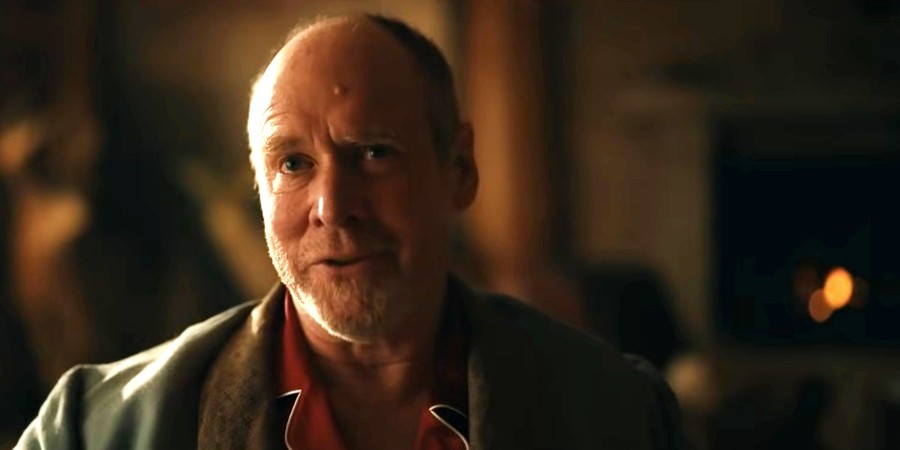 Patton is fresh off a stint playing a similarly menacing character on the neo-Western drama series ‘Yellowstone.’ Patton appears in the third and fourth seasons of ‘Yellowstone’ as Garrett Randall, the biological father of Jamie Dutton. Patton’s character in the series has been received positively by critics and fans alike. However, Garrett’s death in the season 4 finale of ‘Yellowstone’ implies that Patton’s time on the show has come to an end.

Nonetheless, Patton’s association with the Western genre continues with his presence on ‘Outer Range.’ His character, Wayne Tillerson, also shares some similarities with Garrett Randall, as both men are after the land of the show’s protagonist. Moreover, Wayne and Garrett are manipulative and have a tendency to bend the truth to suit their benefits. Thus, both have equally opportunistic personalities. However, Patton brings a sense of fresh charisma to the role of Wayne Tillerson that distinguishes the character from his role in ‘Yellowstone.’ Nonetheless, Patton will be a pleasant sight for ‘Yellowstone’ viewers switching over to ‘Outer Range.’

Read More: When and Where Is Outer Range Set? Is the Abbott Ranch Real?