Who Is Will Putnam’s Father in Only Murders in the Building?

‘Only Murders in the Building‘ season 2 picks up after the cliffhanger ending of season 1. It packs several twists and shocking secrets that keep the stories of Charles, Oliver, and Mabel. In the fifth episode of the season, Oliver’s past is revealed intriguingly, bringing to light a dark secret. The episode raises questions about the parentage of Oliver’s son, Will Putnam. If you are looking for answers about Will’s father in ‘Only Murders in the Building,’ here is everything you need to know! SPOILERS AHEAD!

Who Is Will Putnam?

Will Putnam is introduced in the series premiere episode of ‘Only Murders in the Building,’ titled ‘True Crime.’ He is the son of Will Putnam, who lives away from his father. Oliver is distant from his son as he faces financial woes after his divorce from his wife, Roberta. Will thinks that his father is a loser and only contacts him when he needs money. The same is proved after Oliver confesses that he hasn’t paid his apartment rent in months. 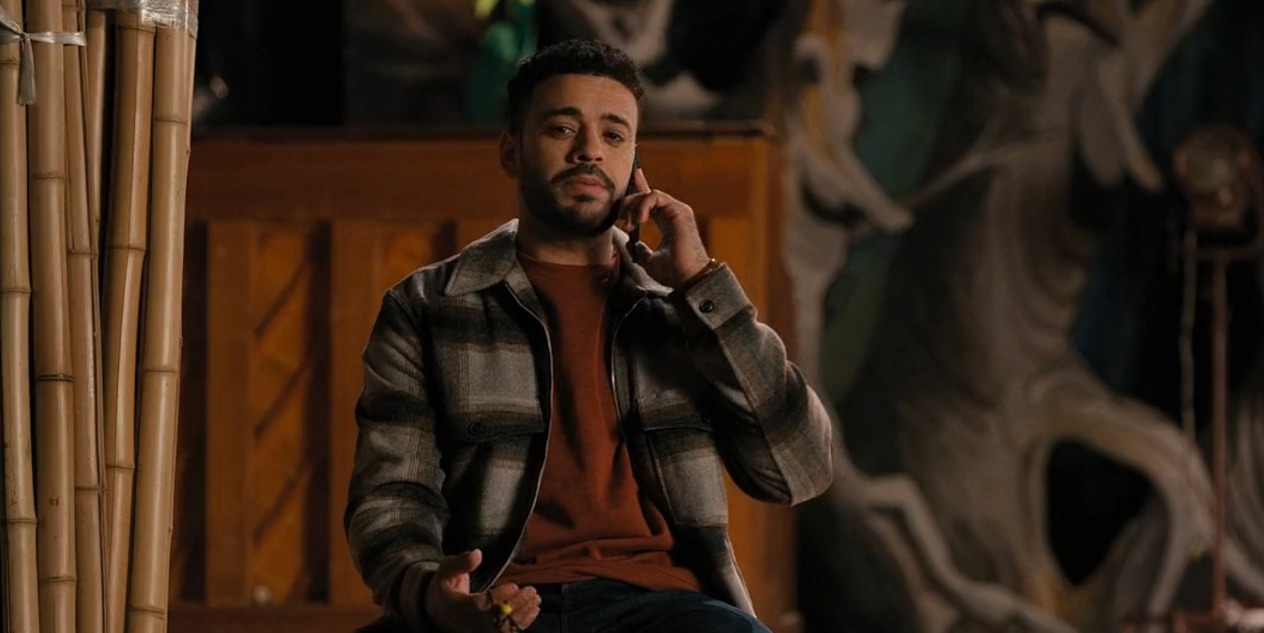 However, after Oliver uncovers the truth about Tim Kono’s murder, Will starts to respect his father. In the second season, Will and Oliver share a close bond, and Oliver helps Will with his grandson’s school musical. Actor Ryan Broussard essays the role of Will Putnam in the series. Viewers might recognize Broussard as Jake in the comedy series ‘Sistas.’

Who Is Will Putnam’s Dad?

In the fifth episode of ‘Only Murders in the Building,’ titled ‘The Tell,’ Oliver’s past is highlighted through his penchant for figuring out whether anyone is hiding a secret. The flashback scene features a voiceover from Will, who explains his father’s persona and skills. The scene leads to Will theorizing whether his father is also hiding a secret. In the episode, Will is helping his son with his school’s science project. The project requires the students to take an ancestry test.

In the episode’s final moments, Will gets the test results. According to the results, Will is Greek on his father’s side. However, Oliver is Irish, making Will question his true parentage. After Oliver learns the test results, he too is shocked to learn the truth. The revelation takes Oliver back to the night of the party that viewers at the episode’s beginning. During the party, Oliver correctly guesses that Teddy Dimas is the killer in a game of Son of Sam.

After the game ends, Oliver wonders whether Teddy is hiding another secret. The scene ends with Oliver awkwardly sitting between Teddy and Roberta. The scene implies that Oliver is unaware of the fact that Teddy and Roberta had an affair. Will might be the result of the affair, and Teddy is likely his biological father. Thus, Will’s Greek ancestry can be explained. However, it is also possible that Teddy is not Will’s father.

In the previous episode, Teddy threatens to destroy Oliver’s life because of Oliver’s involvement in unveiling Teddy’s crimes. The fallout from the exposure of Teddy and his son, Theo’s crimes causes a dent between the father and son. Therefore, Teddy is likely trying to destroy Oliver’s relationship with his son as revenge. Hence, Teddy might have forged the ancestry report to mess with Oliver.