Who Killed Santa in Murderville? Clues and Ending, Explained 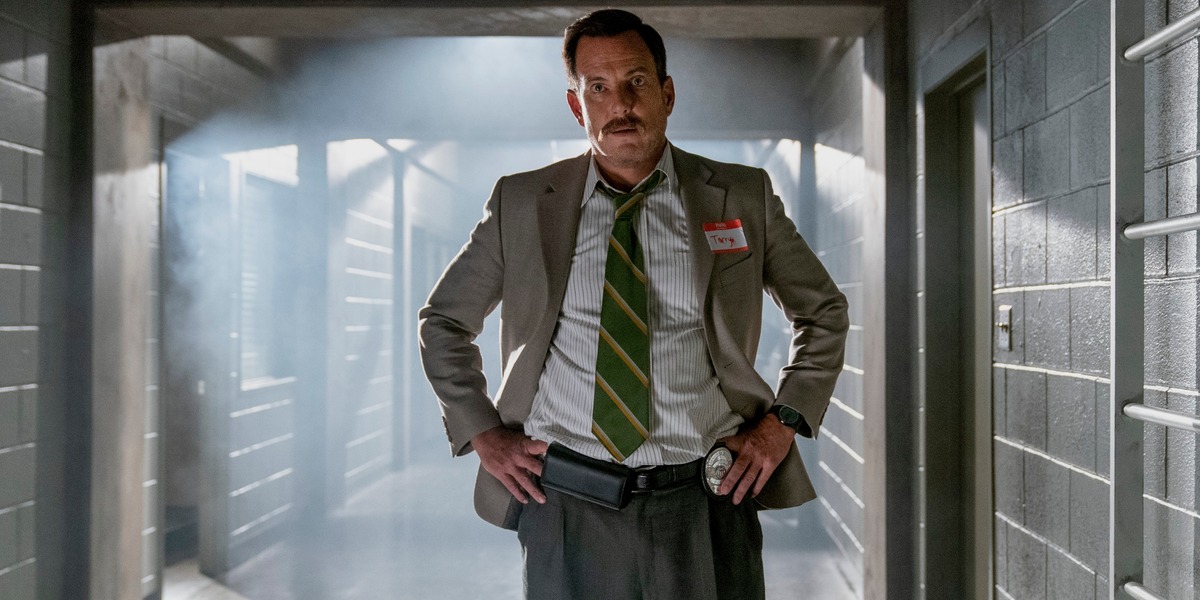 Netflix’s ‘Who Killed Santa? A Murderville Murder Mystery’ is a Christmas-themed special episode of ‘Murderville‘ a comedy series with a murder-mystery twist. The series, developed by Krister Johnson, follows Senior Detective Terry Seattle (Will Arnett), who solves murder cases with the help of celebrity guests. The special episode revolves around the murder of Santa Clause and follows Terry as he teams up with Jason Bateman (‘Ozark‘) and Maya Rudolph (‘Loot‘) to solve the case. If you are wondering whether Jason and Maya solve the case and help Terry save Christmas, here is everything you need to know about the ending of ‘Who Killed Santa? A Murderville Murder Mystery.’ SPOILERS AHEAD!

‘Who Killed Santa? A Murderville Murder Mystery’ opens with Senior Detective Terry Seattle spending Christmas alone. Terry dislikes Christmas because of his difficult past and misses his ex-wife, Rhonda. However, he receives a call from Rhonda, who assigns Terry a new duty on the eve of Christmas. She asks Terry to provide a security detail to the Mayor’s Christmas event at the Town Hall. However, since the job is too vast for one person to deal with, Rhonda assigns Terry a new partner, actor Jason Bateman. Terry scares Jason with the risks of being a police detective before they head to the Town Hall.

At the Mayor’s Christmas event, Terry and Jason work as security. However, a tragedy strikes when the lights go off, and someone murders Santa Claus. The Mayor explains that without Santa, the orphan children for whom the event was organized would not receive their gifts. As a result, they will lose their belief in Santa and Christmas. Therefore, the Mayor gives Terry time till dawn to crack the case and find the killer. Terry and Jason realize that former football star Johnny Blaze was playing Santa and was murdered with a pointed candy cane.

Terry and Jason conduct an investigation and speak with Blaze’s friend, Jim Trently, about the murder. After talking to Jim, the duo is joined by actress Maya Rudolph. The Mayor adds Maya to the investigation team to discover the killer before dawn. The trio then talks with their second suspect, Mia Briggs. Mia worked as Blaze’s personal assistant until his death. After gathering details from Mia, Terry reveals the third and final suspect in the case, Donna Foccacia, Blaze’s business partner.

However, forensic expert Amber Kang’s investigation reveals that the killer did not turn off the light switch as there wasn’t enough time to murder Blaze and turn the lights on. Therefore, Terry suspects that there is an accomplice who helped the killer. Moreover, the accomplice might be trying to hunt down the investigators. Thus, Jason and Maya go undercover to interrogate Donna and gather all the facts. After questioning all three suspects, the group is joined by Pete Davidson as a last-minute help. Ultimately, based on their interactions with the suspects and the clues gathered, the trio must deduce the killer.

Who Killed Santa? A Murderville Murder Mystery Ending: Do Jason, Maya, and Pete Solve the Case?

Among the suspects, Donna was involved in business with Blaze. However, hatred grows between her and Blaze when he tries to start a rival business that would affect Donna’s restaurant. Therefore, Donna had the motive to kill the former footballer. Meanwhile, Jim owes a huge sum of money to Blaze and admits that Blaze’s death will save him from paying back the hefty debt. Therefore, he benefits from Blaze’s death. Lastly, Mia was mistreated by Blaze and likely killed her boss out of spite. Hence, all three suspects have an equal chance of being the killer.

Ultimately, Jim cracks under pressure and confesses that he is the killer. Terry explains that in the time window when the murder was committed, they heard jingle bells. Jim was wearing a sweater with bells. Moreover, everyone at the event had a smudged name tag, while Jim’s name was written perfectly. The handwriting on the name tag found on the dead body matches Jim’s handwriting after Terry compares the autograph he received from Jim to the name tag. Lastly, the killer likes mint, and Jim drinks peppermint schnapps during Terry and Jason’s interrogation. Hence, Jim is the person who killed Santa Claus.

Who Is the Accomplice? Does Terry Save Christmas?

On the other hand, Donna hates it when she receives a mint drink at the bar. Therefore, she could not have been the killer. Although Mia has the motive to kill Blaze, there is no evidence to suggest her involvement. As a result, she is more likely to be the accomplice in the murder. However, Terry reveals that neither Donna nor Mia helped Jim commit the murder. During his interrogation, Jim mentions his new girlfriend, who has magic hands. Terry notices Angie, a volunteer at the event, wrapping gifts with speed and precision. Thus, he deduces that Angie is the accomplice, which Jim confirms. Ultimately, Jim and Angie are arrested for the crime and taken into police custody. 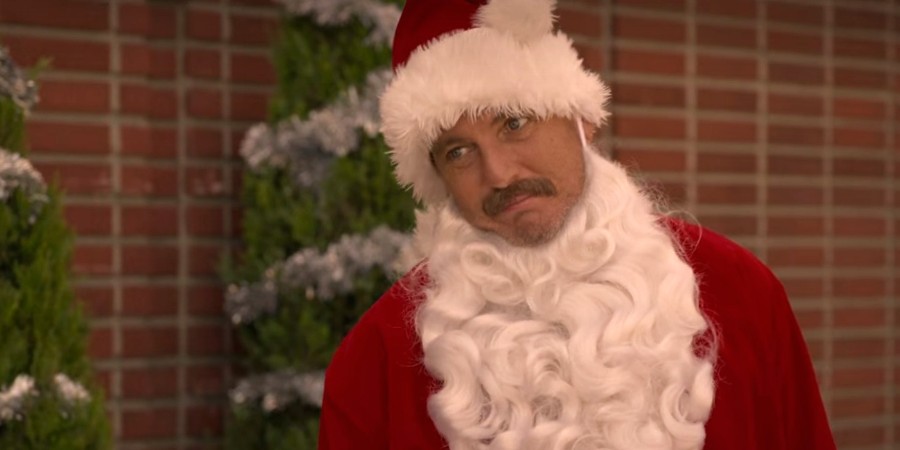 However, Angie reveals that she has placed a time bomb in one of the gift boxes. Terry finds the box and uses Pete Davidson’s help to diffuse it. Although Terry saves the Town Hall from exploding, he has only a few minutes left before dawn. Therefore, Terry decides to become Santa Claus himself and delivers the gifts to the orphanage. In the end, Terry arrives at the orphanage in time and ensures that the orphans receive their gifts. Terry finds one gift box with his name on it and believes it to be a Christmas miracle. Terry opens the gift and finds noise-canceling headphones inside the box.

Ultimately, Terry does a good deed and saves Christmas despite his dislike for the festival. Moreover, Terry’s perception of Christmas changes after he receives the mysterious gift. Nonetheless, the final moments reveal that the gift was meant for an orphan boy also named Terry. However, Terry drives off with the headphones before the misunderstanding can be clarified. Thus, Terry saves Christmas but dooms one poor and innocent child. Moreover, Terry’s ignorance will likely pass on his dislike for the festival to another Terry. Nonetheless, Detective Terry Seattle gets his happy ending as he drives into the sunset, having accomplished his goal.