Who’s a Good Boy Ending, Explained: Does Chema End Up with Eli or Claudia?

Originally titled ‘El Guau,’ Netflix’s ‘Who’s a Good Boy‘ is a Mexican teenage comedy film directed by Ihtzi Hurtado. The story is about a high-school boy, Chema, who plans to lose his virginity before he graduates. When Chema is chosen to give a new girl called Claudia, a tour of the school, the former decides that he will sleep with Claudia by the end of the year.

Throughout the movie, Chema accompanies Claudia to different places in the hopes of becoming her boyfriend. Although his best friends advise him against it, the boy continues his pursuit. Amidst all this, Chema also ignores Eli, his childhood friend, who seems to be into him. So, will Chema lose his virginity? Who will he end up with? Here’s everything you need to know about the ending of ‘Who’s a Good Boy.’ SPOILERS AHEAD!

Chema and his two friends, Hugo and Rubén, are in their final year of high school. His two friends tell him that they have lost their virginity and he shouldn’t take too much time to do the deed. Hugo tries to help his childhood bud by telling him to get a date for the school Christmas party and take it from there. So, Chemma makes it a point to ask someone out. However, his attempts are either awkward or clumsy, and no one seems interested in him. Chema also considers asking his childhood friend Eli out he somehow decides against it. Soon, Chema encounters Claudia, a new student who is from Acapulco. Thrown off by her persona and looks, Chema makes up his mind to pursue her, woo her, and ask her to be his date for the party. 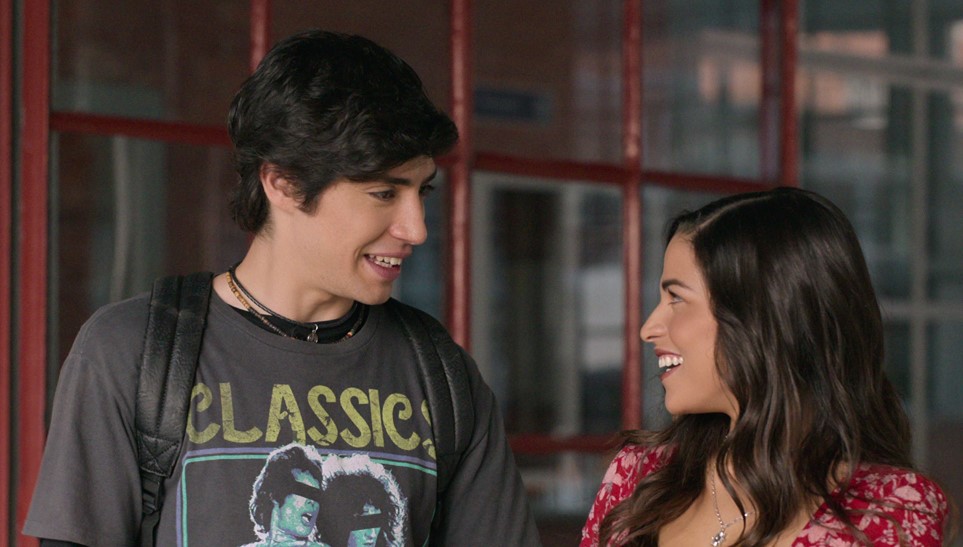 Claudia also seems to reciprocate Chema’s infatuation for her. She starts hanging out with him all the time, and Chema goes above and beyond his ability to please her in every way possible. He borrows his uncle’s truck to pick Claudia up for school, knowing that she lives an hour away while he lives merely 3 minutes from school. When he introduces Claudia to his friends, they are in disbelief, and Eli notices her too. When Eli bumps into Chema, the two talk about music, and there’s some chemistry between them. Both have similar tastes, and their interaction has a sense of wholesomeness. However, Chema is so mesmerized by Claudia that he fails to see what’s before his eyes. Over the next few days, Chema goes with Claudia to practice vinyasa and watch her take pole dancing classes.

While Chema thinks he has a chance with her, at a party, he gets a hint that might not be the case. But Chema is desperate and naive, so he ignores this and continues to hang around her. Eventually, Claudia says yes to being his date for the party. But later, he sees Sebastian going down on Claudia, which breaks his heart. After this, Claudia dumps him and becomes Sebastian’s date instead. Not knowing what to do, Chema asks Eli out, which doesn’t go well. At the Christmas party, Chema tells Claudia he wants to be her boyfriend, and she simply ridicules him. When Eli hears this, she is heartbroken and doesn’t like that Chema treats her as a backup. So, how does Chema fix all this, and who does he end up with?

Who’s a Good Boy Ending: Does Chema End Up with Eli or Claudia?

Chema ends up with Eli in ‘Who’s a Good Boy.’ In the film, a few brief scenes indicate how Chema and Eli are meant to be together. The first instance is when Eli sees Claudia with Chema for the first time. She feels slightly unsettled and upset that he is walking around with his arms locked with Claudia’s. We get a hint that Eli might be into Chema. In a later scene, when the two talk about music, Eli points out how she remembers the kind of music Chema likes. She also recalls how when their parents used to hang out together, they used to play Fobia. 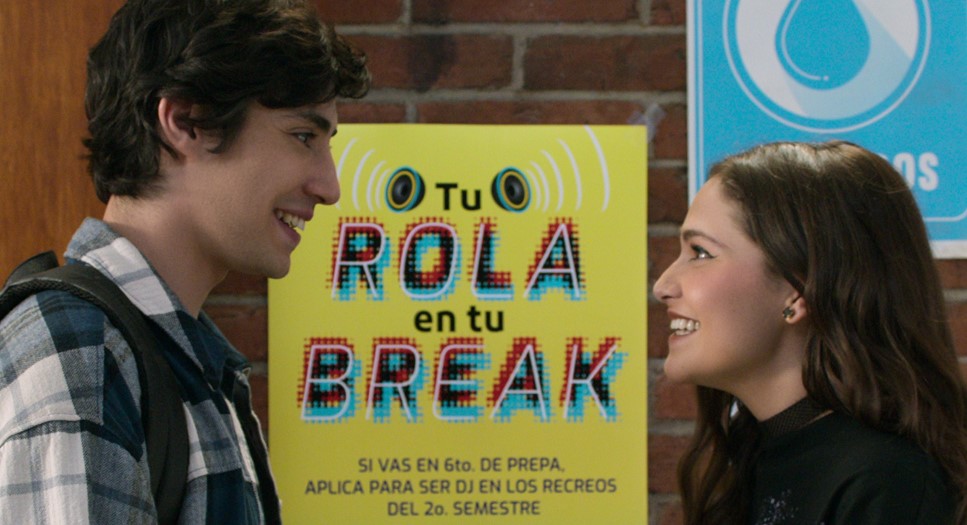 As the conversation progresses, Chema shows Eli a poster of The Smiths band, which has Morrissey’s autograph. The act means quite a lot to Chema because the poster belonged to his late father. The conversation indicates how Eli has been into Chema for a long time. It also shows that Chema feels comfortable enough to share something important with Eli. The two decide that they will audition together for an event at school that needs DJ. Since the auditions are for couples, Eli is more excited because she’ll get to do it with Chema. But Chema bails out because he’s spending time with Claudia, and Eli is quite hurt.

Eli lets him know this when they meet the next time, and Chema apologizes. Chema truly seems sorry because although he wants to sleep with someone, he cares about Eli’s feelings. On the day of the party, the latter gives him a piece of paper before Chema and Eli enter the hall. Eli says she had predicted she’d go to the Christmas party with Chema a couple of years ago.

The piece of paper cements her love for Chema because not only did she want him much before, but she had also preserved the paper on which she wrote the prediction. Only after Chema sees Eli break down does he realize how silly he has been. Chema understands he has been running behind someone who doesn’t treat him fairly. His obsession with Claudia blinded him from seeing what Eli felt for him.

On graduation day, Chema decides to correct his mistakes and leaves a gift for Eli. When the latter sees it, her eyes well up. But he doesn’t stop there. Chema calls out Claudia and a few others for treating him and a couple of other boys unfairly. Chema tells how it ruins the boys’ self-esteem, but the reality is that they are enough. Claudia like this new version of Chema and asks him to be his boyfriend, but the former denies it. For once, Chema doesn’t act at the behest of Claudia because he knows who he likes and wants.

After the ceremony, Eli goes to Chema and thanks him for the gift. However, she asks him to take it back, not because she doesn’t accept his apology but because it seems like something he holds very dear to him. However, Chema insists Eli keep it, so she takes it. As Eli walks away, she takes a second to come back and gives Chema a long hug, and thus Chema and Eli are together. So, what makes Eli forgive Chema? What does Chema give her?

What Gift Does Chema Give Eli in the End?

Chema gives Eli a vinyl disc of rock music from various countries. After the party, Chema takes a job to earn money and save enough to create the rock music mix for Eli. Along with the vinyl disc, he also gives the signed poster of The Smiths. Eli knows the poster is invaluable to Chema and understands the significance of his gesture. It is why she tries to return the poster to Chema. When he emphasizes that he wants Eli to keep it, she knows he’s a keeper and decides to be with him. But Chema still hasn’t lost his virginity. So is his first time with Eli?

Does Chema Lose His Virginity?

Yes, Chema most likely loses his virginity to Eli inside a plane as they go on their school trip. At the film’s beginning, Chema tells Hugo about his sexual fantasy and how he wants to have sex on a flight. With this conversation, Chema’s pursuit of sleep with someone begins, and the story comes full circle as Eli enters the washroom and kisses Chema. Thus it is likely that Chema loses his virginity on a plane.

Read More: Is Who’s a Good Boy Based on a True Story?