Why Did Joanna Krupa Leave The Real Housewives of Miami? 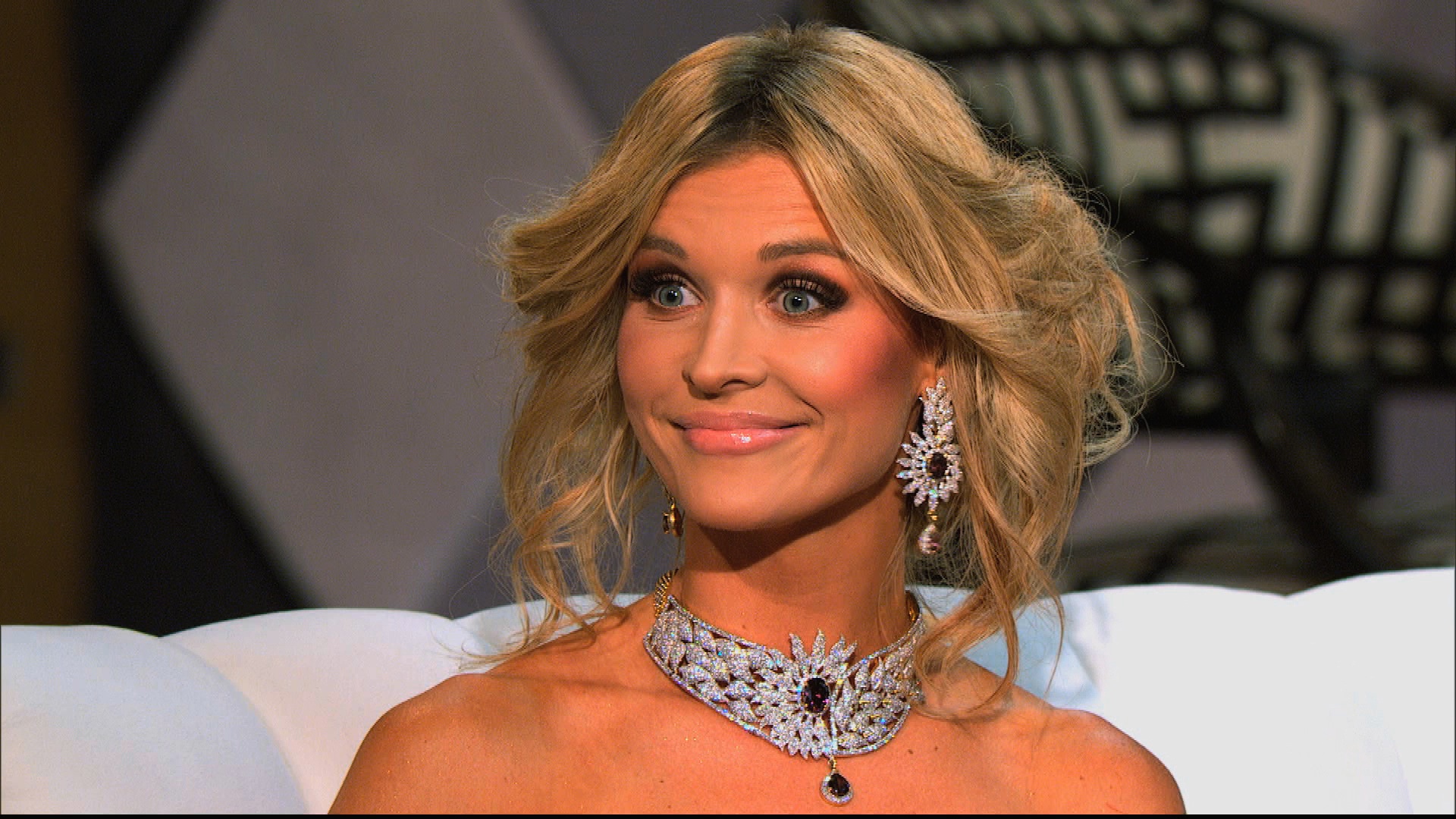 Joanna Krupa became a household name for reality TV viewers after appearing as a cast regular on Bravo’s ‘The Real Housewives of Miami‘ aka ‘RHOM.’ The series documents the daily drama and scandals in the lives of a group of Miami ladies. The renowned Polish-born American model and television personality was a part of the show for seasons 2 and 3 but seemed to have bowed out permanently after choosing not to return for season 4. This left fans extremely disappointed and yet curious about why Joanna Krupa decided to leave ‘The Real Housewives of Miami.’ Here is everything we know!

Why Did Joanna Krupa Leave RHOM?

There were multiple reasons behind Joanna’s decision to exit the reality show post season 3. During her stint on the show, Joanna was managing her growing TV and modeling career juggling between Miami and Los Angeles, which was getting harder with time. Moreover, though she had a good time on the show, she was also embroiled in massive controversies. One of the biggest ones is seen in the show’s second season – her fight with Adriana de Moura at Lisa Hochstein’s lingerie event that resulted in Adriana slapping Joanna. 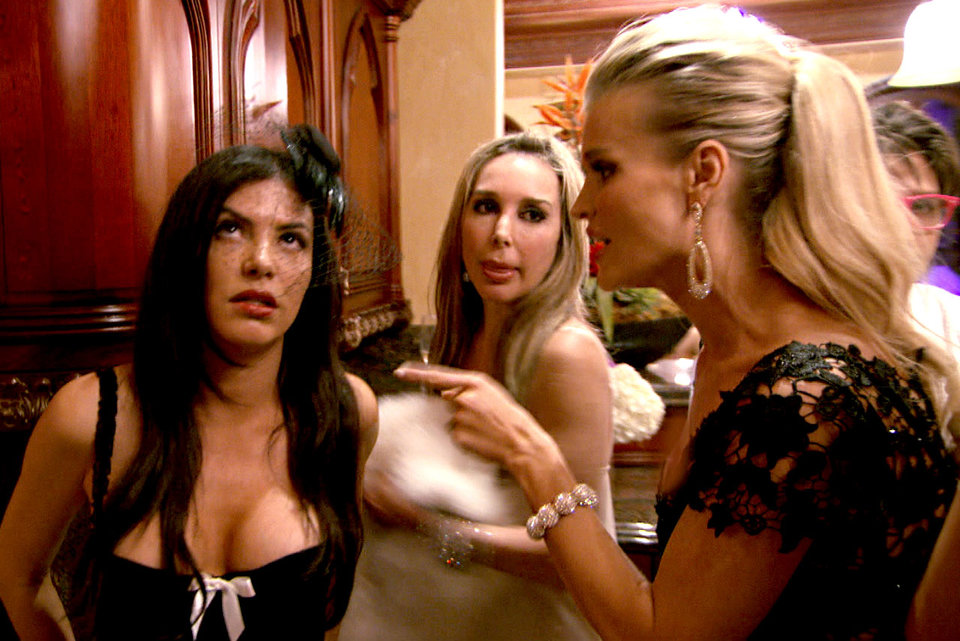 Apart from that, Joanna further got targeted by Joe Francis, the founder of Girls Gone Wild, who made scandalous claims on the show stating that he had slept with both Joanna and her sister Marta when they first came to L.A. He also spread rumors that Joanna was a homewrecker who had slept with real estate mogul Mohamed Hadid while he was still married to Yolanda. These claims were backed by cast member Lisa Hochstein, who on the season 3 reunion had an ugly spat with Joanna about her affirmatory comments on the matter. 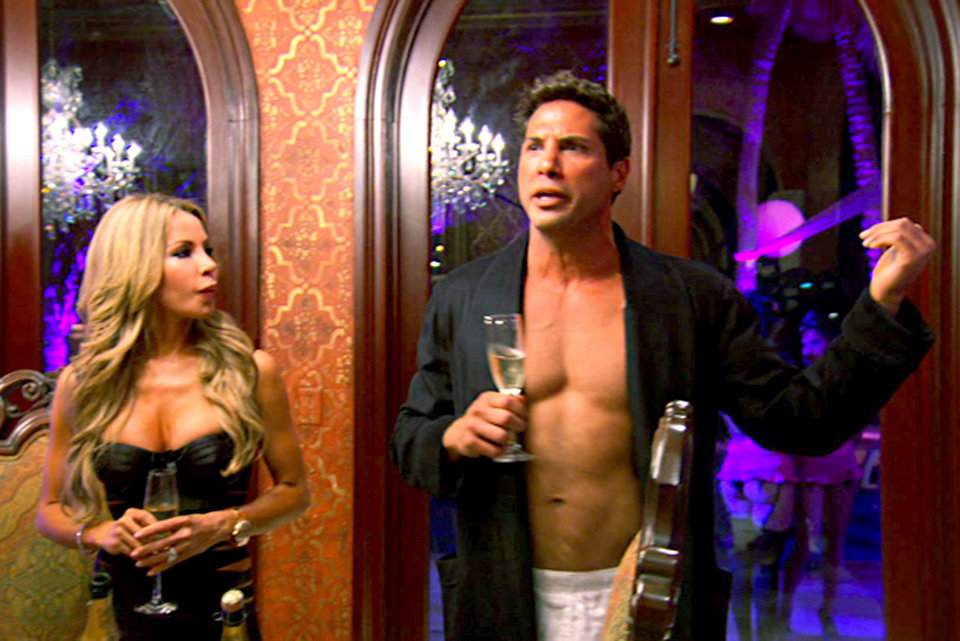 Another person who accused Joanna regarding the Joe Francis matter was ‘The Real Housewives of Beverly Hills‘ cast member Brandi Glanville. In November 2013, on ‘Watch What Happens Live with Andy Cohen,’ she claimed that Mohamed had confided in her about Joanna having an intimate body issue. Joanna denied all these serious allegations and even filed a lawsuit against Brandi for slander. The lawsuit was settled later when Brandi issued a public apology to Joanna in 2017.

Affected deeply by all these matters, Joanna had even considered quitting the show at times. In an interview with The Daily Dish, she once said, “There were definitely a few times I wanted to quit the show… Probably that moment (Joe Francis) and the last reunion were probably the toughest ones.” However, Joanna’s relationship with Romain Zago was one of the happy aspects of her journey on ‘RHOM.’ She tied the knot with the owner of the Mynt nightclub in an extremely lavish ceremony in 2013 and the same was telecast in season 3 of the show.

Unfortunately, Romain and Joanna finalized their divorce in 2017, but on amicable terms. Apparently, the split severely impacted Joanna, and she had a hard time dealing with the demise of her relationship with Romain. Eventually, she decided to leave Miami for good and returned to Poland to resume her career in Polish films and TV.

Where is Joanna Krupa Today?

Following the heartbreaking separation from Romain, Joanna found love again in media mogul Douglas Nunes, and the couple walked down the aisle in an intimate ceremony in Poland on August 4, 2018. The couple welcomed their adorable daughter Asha-Leigh Nunes on November 2, 2019. Since then, she has become a dedicated mother to her daughter and also has a booming career in Poland.

Joanna has been a host and judge on ‘Poland’s Next Top Model’ since 2010 and has appeared on ‘Dancing With The Stars’ season 9. Moreover, she is a renowned animal activist and has featured in several PETA campaigns. About not returning to ‘RHOM’ season 4, Joanna stated in an early 2021 interview, “In 8 years I have grown a lot as a person and my priorities in life have changed especially after having an amazing little girl. I love to work, I have great and long-lasting TV shows in Poland, and continue doing other projects.”

Joanna also added that she wouldn’t wish to reappear on the show and add unnecessary drama to her life. Therefore, it seems like Joanna Krupa has long left her ‘RHOM’ days as well as her life in Miami behind. Now, she has her hands full with her successful career and beautiful family in Poland.

Read More: Are Alexia Echevarria and Todd Nepola From RHOM Still Together?