Why Did the Tiger King Zoo Close? 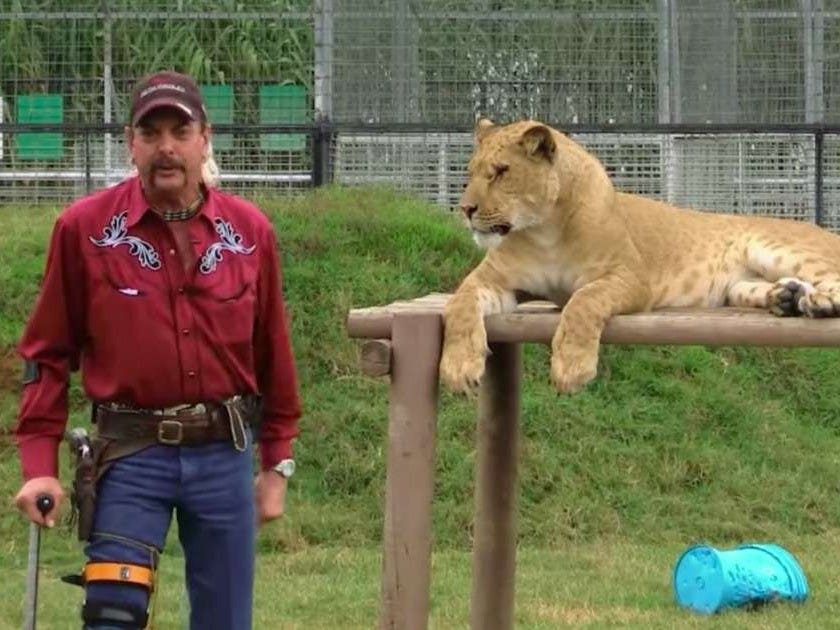 The Greater Wynnewood Exotic Animal Park, which was initially started by Joe Exotic, and gained notoriety in Netflix’s ‘Tiger King,’ has now closed its doors to the public for good. Jeff Lowe, the current owner, announced the decision in a now-removed Facebook post. Joe’s former partner made his move in the wake of a Federal Judge’s order to hand the zoo over to Carole Baskin, as part of the ruling in a $1 million trademark dispute.

At the time, Lowe had vowed to leave the property in a mess for Baskin. But it also meant that he had to vacate the premises within 120 days of the ruling. However, the process seems to have sped up now, but why did the zoo close suddenly?

Why Did the Zoo Close?

Lowe explained that this Netflix docuseries changed their lives forever – bringing them good and bad attention. Having more fame than any person deserves, has made and perhaps will continue to make Lowe the target of ‘every nutjob’ and ‘animal rights loon’ in the world, he explained. According to Lowe, he voluntarily forfeited his United States Department of Agriculture (USDA) exhibitor’s license, allowing him to purchase and sell animals, in light of the park’s impending closure.

As per Jeff, the USDA acted suspiciously, reaching out to him in less than 24 hours after his voluntary move, to inform him that his license was being suspended for 21 days, for a litany of apparently false charges. Lowe has alleged that the USDA has folded to pressure from PETA and is making false accusations against him after five consecutive inspections, which went perfectly.

Contrarily, reports suggest that the inspections found multiple violations like animal food being insufficiently refrigerated and some animals appearing malnourished. Brittany Peet, who works with PETA, called for Lowe’s license to be permanently removed. She said, “Peta looks forward to seeing every one of the long-suffering animals at the G.W. Zoo be transferred to an appropriate facility where it won’t take federal intervention for a sick cat to receive veterinary care.”

Notably, the Greater Wynnewood Exotic Animal Park was in danger of closing even before the inspection. Earlier this year, the Oklahoma Tax Commission asked a judge to shut down the park for delinquent tax sales. Reports suggest that Lowe and the park owed tens of thousands of dollars in taxes, but kept the park running despite being asked to cease operations. Notably, the misdemeanor is punishable by fine or jail time.

What’s in Store for the Zoo?

Jeff Lowe doesn’t have any particular regrets about the Greater Wynnewood Exotic Animal Park being closed, since he’d planned to start anew anyway. It remains to be seen what’s left by the time Baskin takes charge and what she does with the park, which is part of Joe Exotic’s legacy.

As for Lowe, he has new plans for his other property at Thackerville, Oklahoma. He intends it to serve as a hub for producing ‘Tiger King’ related content for cable and streaming services. Jeff’s assured everyone that the cats will continue receiving excellent care, and won’t be subject to PETA and USDA ‘spies.’ It is a smart move on Jeff’s part, since the popularity of ‘Tiger King,’ has allowed Netflix to secure the rights to a second season reportedly. One might also expect several spinoffs, including one eight-part series starring Nicolas Cage. Thus, the new place will serve as a steady source of income, minus the notoriety of being associated with Exotic, in any concrete way.