Will César Domboy’s Fergus and Lauren Lyle’s Marsali Be Back in Outlander Season 7? 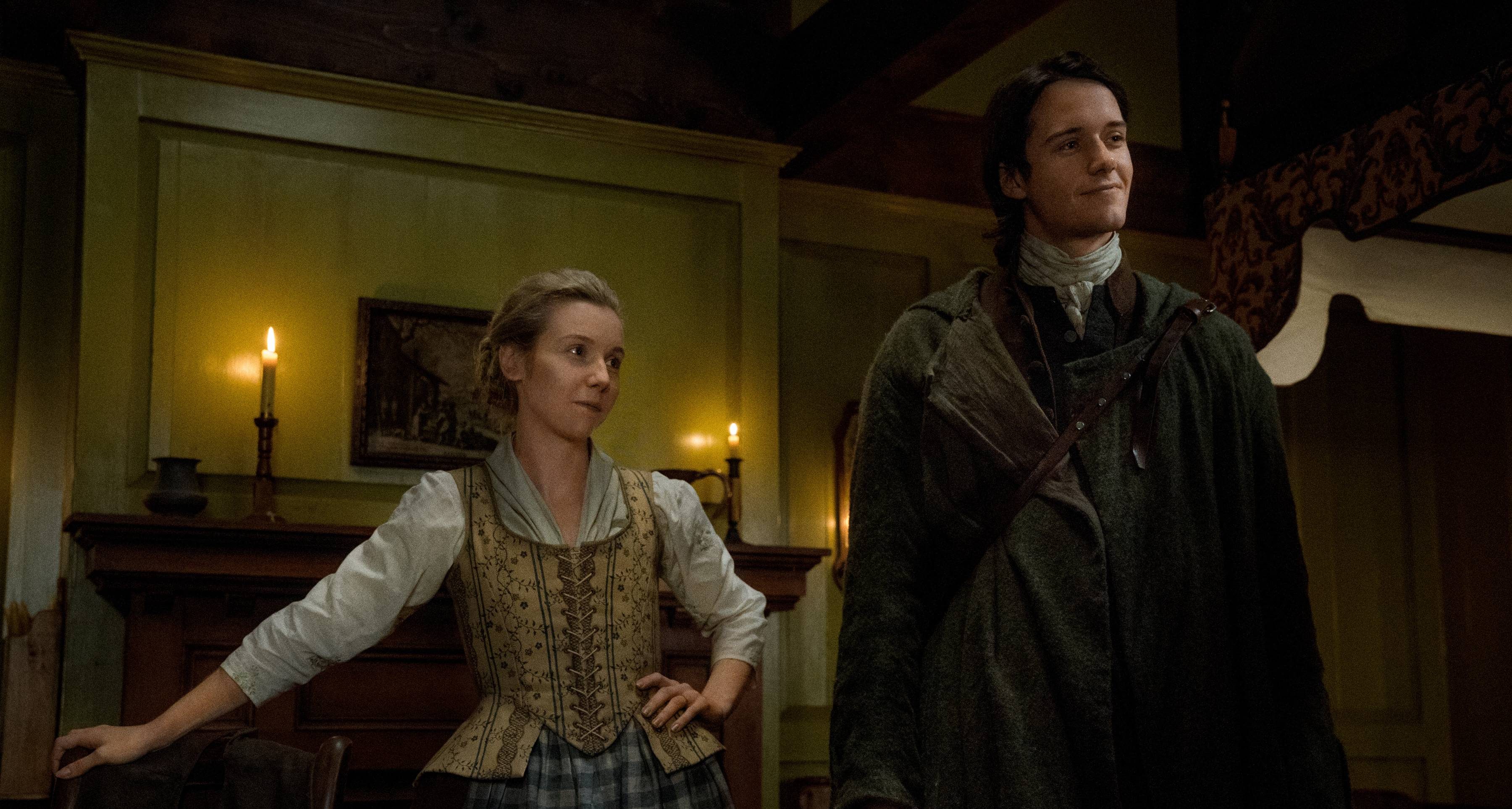 Starz’s historical series ‘Outlander’ season 6 depicts several significant developments that change the lives of Fergus and Marsali. From the former’s alcoholism to the birth of Henri-Christian, numerous occurrences affect the married life of the couple. When Fergus attempts to kill himself, Jamie realizes that his adoptive son needs a new pathway in his life.

Jamie sends Fergus with Mr. Bug for trade, only for him to find a new direction for his life ahead. Marsali joins her husband after a short while upon bidding her adieu to the rest of her family. Since the sixth season of the show concludes without the couple, admirers of their togetherness must be worrying whether César Domboy and Lauren Lyle will be back in season 7. Well, let’s find out! SPOILERS AHEAD.

What Happened to Fergus and Marsali?

After preventing Fergus from committing suicide, Jamie sends him with Mr. Bug for the trade of goods. Midway, Fergus meets Jocasta, Jamie’s aunt. Meanwhile, he notices that a print shop is vacant in New Bern. To give himself a fresh start, he decides to start running the shop. Fergus has needed a change in environment, especially after encountering the unpleasant behavior of the settlers of Fraser’s Ridge. He earns the blessings of Jocasta, starts to operate the print shop, and informs Marsali to join him.

Even though Jamie expresses his doubts concerning Fergus running a pro-Loyalist print shop, the latter settles down at New Bern. Marsali soon joins Fergus in New Bern with their children. She dreams of reviving their married life after leaving the Ridge and its settlers, who despise her husband for being the father of “a demon child.” Marsali longs for a new environment where people around her family wouldn’t treat Henri-Christian any different from other children due to his dwarfism.

After Fergus and Marsali’s move to New Bern, the characters do not appear in the last few episodes of the period drama’s sixth season. Naturally, the admirers of the couple must be alarmed about the possibility of César Domboy and Lauren Lyle’s departures from the show. So, will we see the duo in the upcoming season 7 of the show? Let’s see!

Will César Domboy and Lauren Lyle Be Back in Outlander Season 7?

As of yet, neither César Domboy nor Lauren Lyle has announced their departure from ‘Outlander.’ Starz hasn’t also released any statements regarding the supposed exits of the two performers, indicating that Domboy and Lyla will most possibly return for the seventh season of the period drama. Since the production of the seventh season has already begun, we can expect confirmation of their potential return soon. Domboy and Lyle have been integral parts of the show and it is unlikely that they will leave the series before the conclusion of Fergus and Marsali’s storyline.

Fergus and Marsali are present in ‘An Echo in the Bone,’ the source novel of the seventh season. In the novel, Fergus encounters John Grey’s step-brother Percy Wainwright. Fergus, with his family, also moves to Philadelphia after leaving New Bern. He opens a print shop in Philadelphia as well. Thus, we can expect the storyline to be a major part of the new round of the period drama. Considering these factors, we believe that César Domboy and Lauren Lyle are likely to continue featuring in ‘Outlander’ as the show proceeds to its seventh season.