Will Shea Leave the Caravan in 1883? Who is the New Leader? 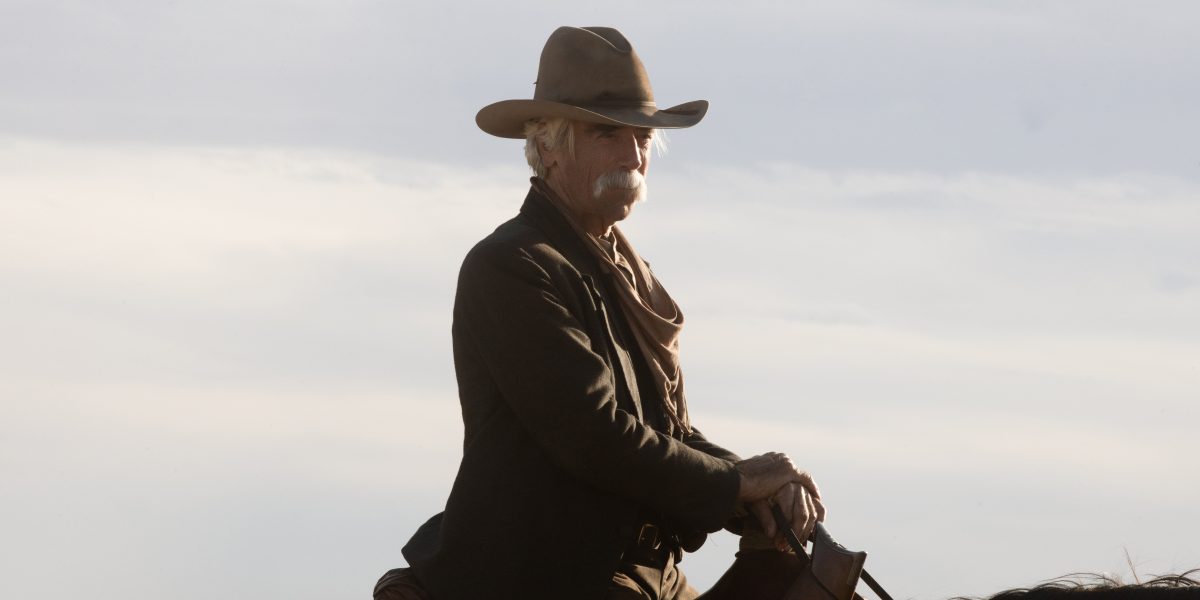 ‘1883‘ is swiftly approaching the business end of its debut season, but the wagon camp’s speed has somewhat reduced due to the numerous obstacles in their way. After surviving a storm that destroys almost all of the group’s resources, major characters such as Elsa, James, and Shea face difficult choices to make. Under the trying circumstances, Shea decides to give up the group’s leadership which raises questions over his future with the caravan. If you are wondering whether Shea will leave the caravan and who will lead the immigrants in his absence, here’s everything you need to know! SPOILERS AHEAD!

Shea Brennan (Sam Elliott) is one of the main characters in ‘1883’ and first appears in the series premiere episode. After contemplating suicide following his family’s tragic death, Shea takes up the job of guiding a group of immigrants across the Great Plains and to Oregon. The journey has been difficult for Shea and the folks following him. The group has lost members in difficult river crossings, and the storm also wiped out all of their supplies. Moreover, frequent run-ins with the bandits also have put the group at risk.

Therefore, questions are raised about Shea’s ability to lead the group. When Shea suggests that the immigrants settle in Denver and avoid pushing further up North, the immigrants remain unconvinced if that is the best option. Shea feels that he has lost the group’s trust and leaves them to make their own decision. Thus, Shea gives up the responsibility of leading the group when the immigrants decide to continue their journey towards Oregon. Shea contemplates leaving the caravan, but Thomas and Elsa convince him otherwise. In the end, Shea remains with the caravan. His desire to see the Virgin Frontier for the last time aligns with the group’s direction forward. Hence, it is unlikely that he will be stepping away anytime soon.

Who is the New Leader?

In the eighth episode, Shea consults with his friend Charles “Charlie” Goodnight about the road ahead. Charlie warns Shea bout entering Wyoming and suggests Denver would be a better option. Since most travelers will have to travel by foot, the group is also likely to get caught in the winter, thereby reducing their chances of survival. While Shea suggests that the immigrants settle down in Denver, James steps in and offers to lead them up North. He intends on heading to Oregon and promises to lead whoever wishes to follow him. The immigrants agree to follow James, making him the caravan’s new leader.

Unlike Shea, James does not wish to force the immigrants and wants them to make their own decisions even if they are wrong. James is willing to teach the immigrants the necessary skills for survival on the road. He does not want to pamper the travelers like Shea. While Shea’s leadership is centered on protecting the group, his approach has miserably failed until now. On the other hand, James’ approach involves teaching the group to fight, which could turn around the group’s fortunes in the long run.