Will There Be a Machete 3? 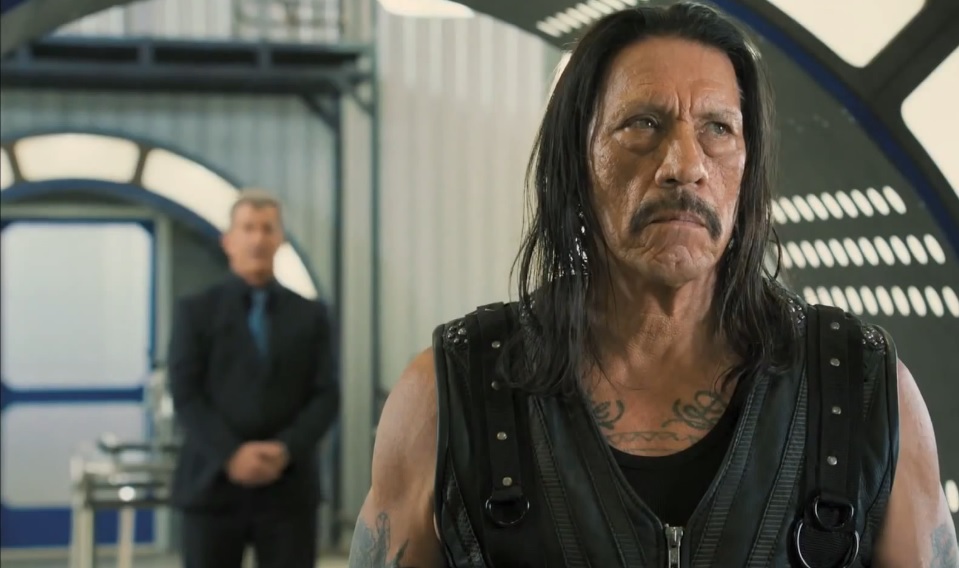 The ‘Machete’ franchise is loved by many because of its sheer ridiculousness and exaggerated humor, making it a fun and entertaining watch any time of the week. In the second film, which is known as ‘Machete Kills,’ we see the eponymous protagonist take on a bunch of enemies as he makes his way to an arms dealer in Mexico to prevent nuclear war. Notably, the ending hints at a possible sequel, and so we put on our detective hats to find out more about the possibility of ‘Machete 3.’ Here is what we know thus far.

‘Machete Kills’ released on October 11, 2013, across the United States. Critics felt that the movie could have done better as far as some plot points and the CGI were concerned. Nonetheless, fans of the series knew exactly what they had signed up for and were mostly content. Now, a small clip supposedly from the third movie, called ‘Machete Kills in Space,’ is shown at the very end of ‘Machete Kills.’ Consequently, many were excited about getting the franchise become a trilogy.

In an interview, when asked about the film’s release date, Danny Trejo said that he had not been in touch with the director, Robert Rodriguez, for quite some time. In fact, the actor even joked that Rodriguez had dumped him. In light of this discussion, it is safe to assume that there is still a lot of work to be done with regard to the third film. However, if and when the project does get back on track, we can expect ‘Machete Kills 2’ or ‘Machete 3,’ to release sometime in 2023 or later.

At the end of the second film, we see Charlie Sheen’s character, President Rathcock, send Machete (Danny Trejo) to space to take down a villain known as The Man in the Silver Mask. Naturally, we expect them to reprise their roles, especially since their characters are paramount in the franchise. Apart from this, Michelle Rodriguez (who plays Luz) and Sofia Vergara (Madame Desdemona) are also expected to make a comeback in the third movie.

There are other characters who contribute immensely to the plot of the second film. Mel Gibson plays Voz, Amber Heard is Blanca Vasquez, Demián Bichir is seen as Marcos Mendez, and Lady Gaga appears as La Chameleón. We don’t think that they will be reprising their roles in ‘Machete Kills 3.’ It is also not very likely that Vanessa Hudgens, who plays Cereza Desdemona, and Tom Savini, who is Osiris Amanpour, will be seen either.

Machete 3 Plot: What can it be About?

In ‘Machete Kills,’ the President of the United States tasks the protagonist with bringing down Voz, an arms dealer in Mexico who is hell-bent on starting a nuclear war. As expected, this next-to-impossible mission can only be accomplished by Machete, who must face a plethora of assassins and other challenges in order to be triumphant.

It has already been established in the climax of the second film that Machete is sent to space to fight the Evil Man in the Silver Mask. However, not much else is revealed about the plot. Since the whole point of the franchise is to be outrageously over the top, we think that Machete will face a barrage of assassins yet again. Furthermore, it would also befit the narrative if his allies and/or enemies, who have died in previous films, somehow come back to life and support/deter him from his mission.

Read More: What is Danny Trejo’s Net Worth?