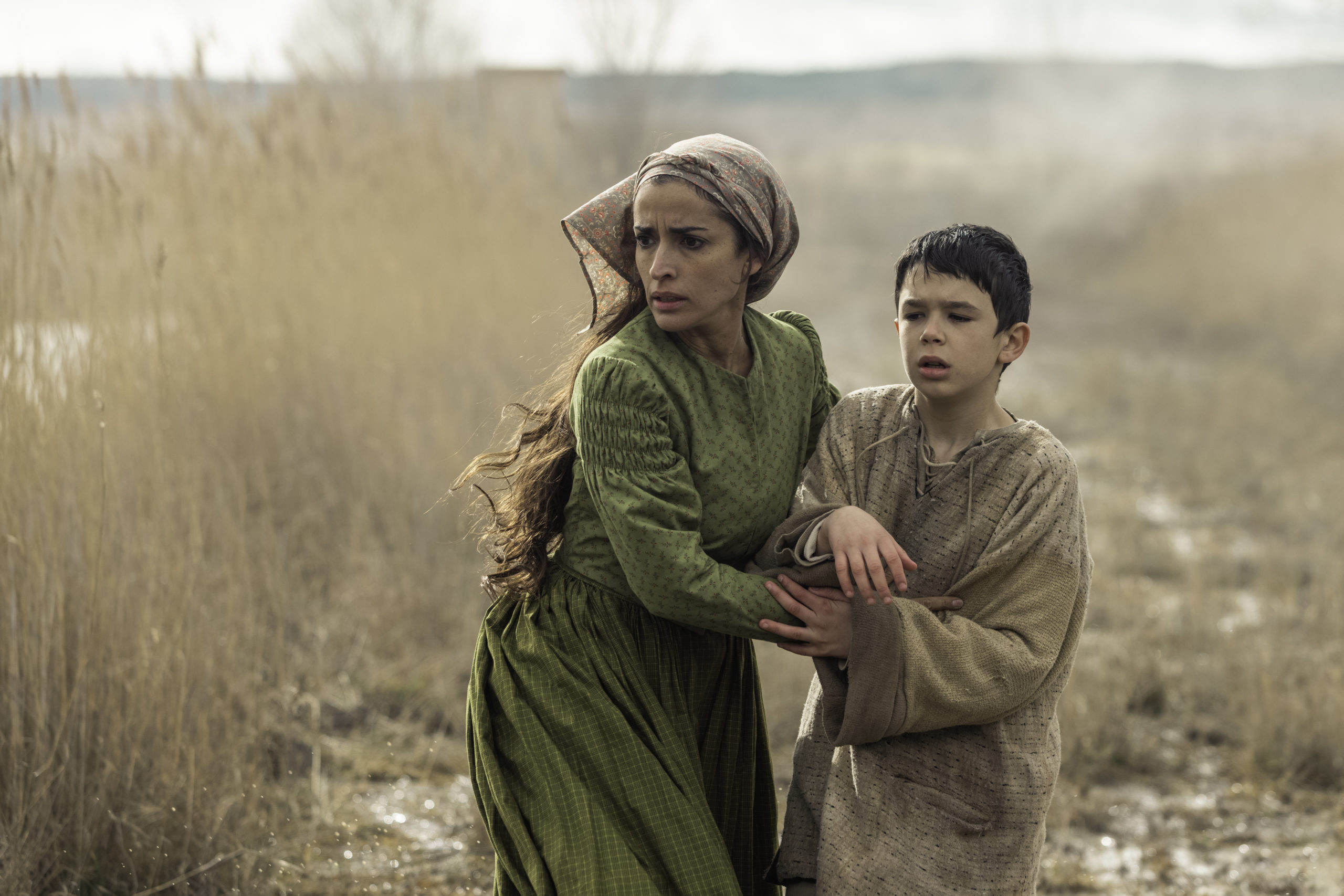 Directed by David Casademunt, ‘The Wasteland‘ is a Spanish horror drama film, that revolves around a 19th Century family of three residing in an isolated moorland. Cut-off from the society, they live in fear of a terrifying entity called “The Beast,” whose presence grows larger and closer as their despair and panic increase. After his father goes missing, Diego, the young boy of the family must conquer his fears to defeat The Beast and protect his mother from its torment.

Also known as ‘The Beast,’ ‘El Páramo,’ and ‘La Bestia,’ the movie explores the themes of mental illness and the intricacies of human emotions. With an engaging narrative that makes the viewers oscillate between imagination and reality, it has a stellar cast including Inma Cuesta, Asier Flores, Roberto Álamo, and Alejandra Howard. Now, if you liked ‘The Wasteland’ and have a knack for similar movies, we have the perfect list for you to binge-watch. You can watch most of these movies on Netflix, Hulu, Amazon Prime, or Disney+.

Directed by Susanne Bier, ‘Bird Box‘ is a post-apocalyptic horror movie that follows Malorie, who tries to protect her two children from monstrous entities while looking for a safe hideout. The entities drive people who look at them to kill themselves, thus causing everyone to wear blindfolds to survive. As Malorie and her kids try to navigate their way without their sense of sight, they overcome several obstacles and the traps set by the entities.

Similar to ‘The Wasteland,’ ‘Bird Box’ revolves around a mother who goes against all odds to protect her children from evil forces. Also, both films explore the theme of a world different than normal, that requires extraordinary measures and the overcoming of extreme fears for survival.

Andy Muschietti’s directorial debut ‘Mama‘ is a supernatural horror film that revolves around two young girls abandoned by their father in a forest cabin. Both girls Victoria and Lily are taken care of by a supernatural entity they call “Mama,” whom they lovingly see as a mother figure. When their uncle Lucas manages to locate them and takes them to his house, Mama follows them with sinister motives.

With a horrifying yet tear-jerking ending, ‘Mama’ bears resemblance to ‘The Wasteland’ in terms of a supernatural creature that haunts a family. The other parallels include the present dangers being deep-rooted in the injustices of the past, seen in the cases of Juana and Mama. Also, living in abandoned and closed spaces wreaks havoc on the psyche of the young protagonists in both films.

‘The Babadook‘ is an Australian psychological horror movie that marks Jennifer Kent’s directorial debut. The story depicts Amelia and her son Sam, who reside alone and find themselves in the presence of a sinister creature called Mister Babadook. The monster has originated from a children’s book read by Sam and begins to become even stronger when its presence is acknowledged. With the dangerous entity lurking around their house, Amelia races against time to protect Sam and herself from the talons of death.

‘The Babadook’ portrays a similar mother-son relationship like ‘The Wasteland.’ Just like Lucía and Diego are left alone to save themselves from The Beast after Salvador disappears, Amelia and Sam also have to fend off Mister Babadook on their own. In addition, both mothers go to extraordinary lengths to protect their sons. Even the monsters share a similarity in the way they grow on people’s worst fears and are defeated when the protagonists let go of their past agonies.

‘The Village’ is a period psychological thriller movie directed by the acclaimed M. Night Shyamalan. It follows the residents of Covington, a 19th Century Pennsylvanian village isolated from the rest of society by dense woods. The villagers are prohibited from venturing out and live in fear of the nameless creatures that inhabit the woods. However, when her beloved falls ill, Ivy- a young girl who is blind, decides to courageously cross the woods to acquire medicines for him.

Both ‘The Village’ and ‘The Wasteland’ have the similar premise of isolated communities in the 19th Century, haunted by their demons and terrorized by creatures that feed off their fears. Furthermore, they depict the impact of trauma and the fear of the outside world on the impressionable human mind. Lastly, just like Diego has to overcome his fears to kill The Beast, Ivy displays her fearlessness and tact to trick the creatures in the woods.

Directed by John Krasinski, ‘A Quiet Place‘ is a sci-fi horror movie that revolves around Evelyn and Lee, who try to survive and protect their children from sightless monsters in a post-apocalyptic world. Though they can’t see, the monsters have sharp hearing and immediately kill humans whenever they hear sound. When the family gets trapped inside their house as the creatures try to attack them, they must fight tooth and nail to save themselves.

‘A Quiet Place’ has an emotional yet intriguing ending that indicates that danger is still not over, much like ‘The Wasteland’ where The Beast is seen alive in the distance. Also, the gripping narratives of both movies build the excitement of the viewers, eventually leading them into impactful climax sequences. On top of that, both movies explore parent-child relationships and the sacrifices parents make to save their kids.

Based on Stephen King’s eponymous novel, ‘It’ is a supernatural horror film that depicts the tale of a monstrous clown named Pennywise. Also called “It,” the clown is a manifestation of children’s worst fears and returns every 27 years to devour them. When targeted by Pennywise, seven kids AKA The Losers Club set out to confront the creature and defeat him. After going through some terrifying situations created by Pennywise, the seven of them finally unite and vanquish their phobias to destroy him.

Another movie directed by Andy Muschietti, ‘It’ shares a major commonality with ‘The Wasteland,’ as both the monsters are created from the fears of people and are based upon legends. Pennywise and The Beast gain strength from the psychological distress of people and are eventually destroyed when the young protagonists break free from their mental chains.

Read More: Will There be a The Wasteland Sequel?