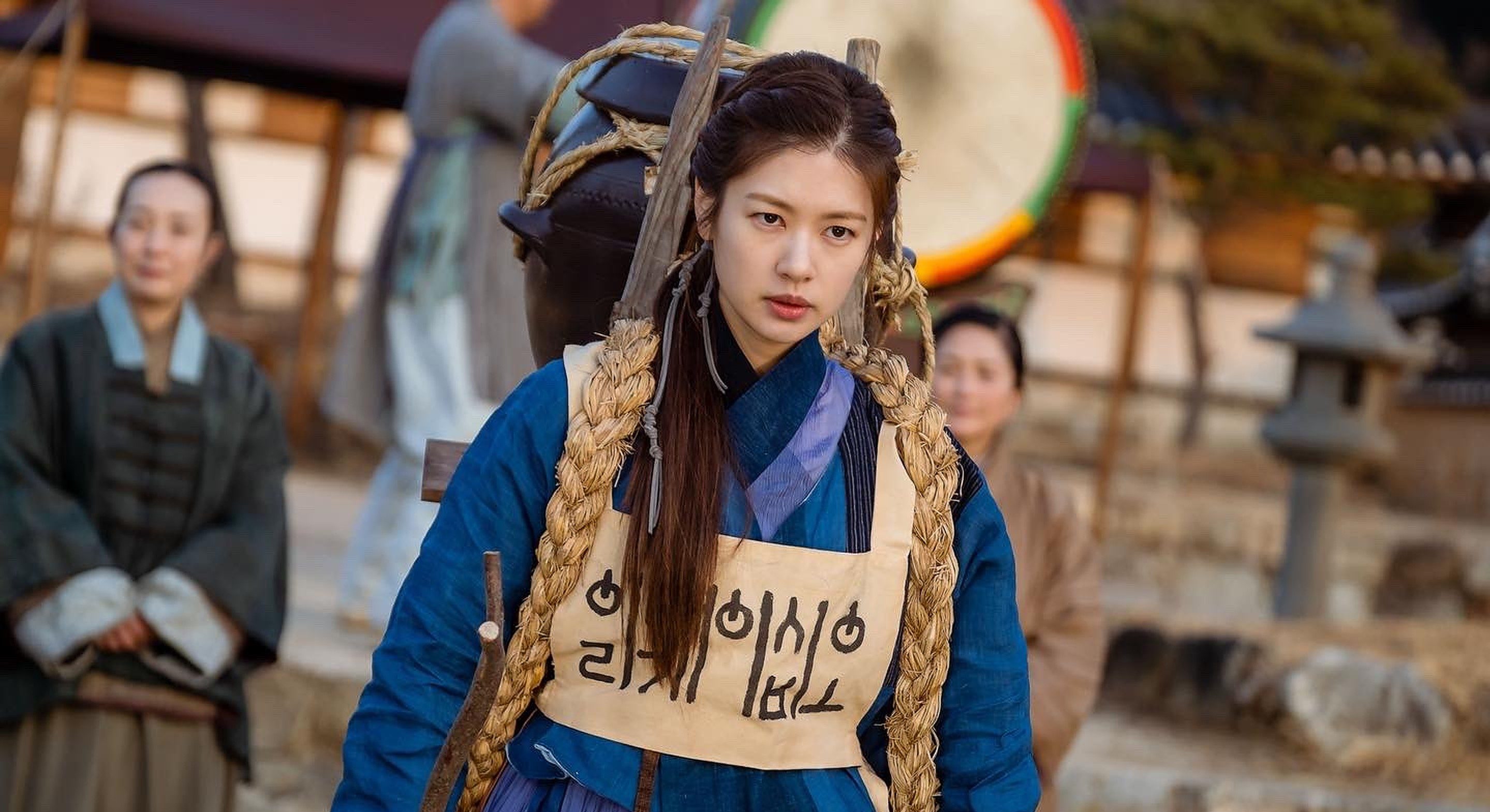 Netflix’s ‘Alchemy of Souls’ is a Korean romantic fantasy series created by Park Joon-hwa, Hong Jung-eun, and Hong Mi-ran. It is set in the fictional land of Daeho, which is home to beings with magical powers. Due to a mysterious spell called the alchemy of souls or hwanhonsool, Nak-su, an elite warrior, finds herself in the body of Mu-deok after death. Given the latter’s status as a servant in Jang Uk’s household, the warrior tries her best to maintain her cover while being determined to accomplish the mission she was pursuing in her original life.

The show is an enthralling blend of drama and fantasy with several unique elements; over time, it has gained a significant fan following both locally and internationally. If you have finished binging the magical saga and want to explore this genre, then these 7 KDramas might be the perfect fit for you. You can watch most of these shows similar to ‘Alchemy of Souls’ on Netflix, Hulu, or Amazon Prime. 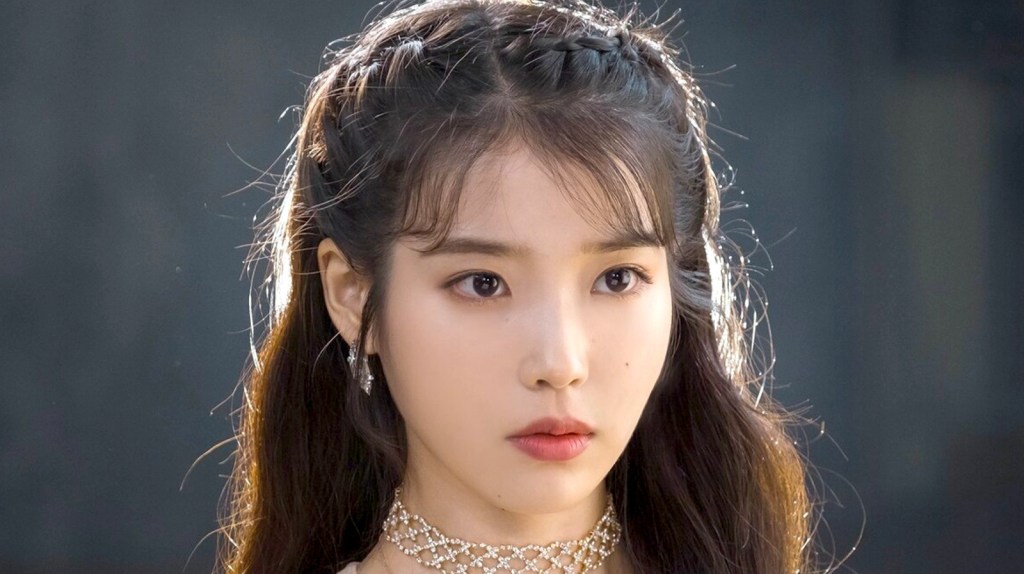 ‘Hotel del Luna‘ is a supernatural drama series that revolves around the eponymous hotel. Owned by Jang Man-wol, the establishment’s services are only provided to ghosts. The hotel’s staff and clients linger on earth due to unfinished business as they try to fulfill their desires. However, the place is bound to Jang Man-wol’s soul due to a sin she committed more than a millennium ago. The female-centric series is a delight to watch despite its modern setting. We believe you may like the show since it was written by the Hong sisters, the brains behind ‘Alchemy of Souls.’ 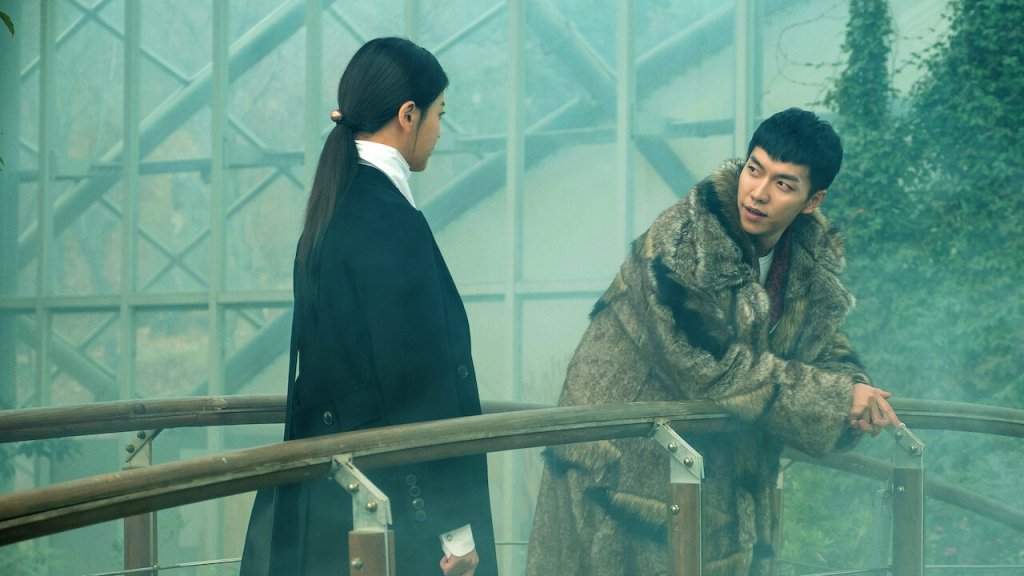 The Hong sisters’ penchant for fantasy shines through in ‘A Korean Odyssey,’ which follows Jin Seon-mi, who has been able to see spirits since she was a child. At a young age, she meets Woo Ma-wang and Son Oh-gong, who both strike a deal with her. As a result, the latter is bound to protect Seon-mi, though she cannot recall her guardian’s name. But years later, when a grown-up Seon-mi once again meets Son Oh-gong, the story starts taking shape. Set in modern times, the series shares several similarities with ‘Alchemy of Souls,’ focusing on a strong female character in a unique situation that echoes Nak-su’s fate. 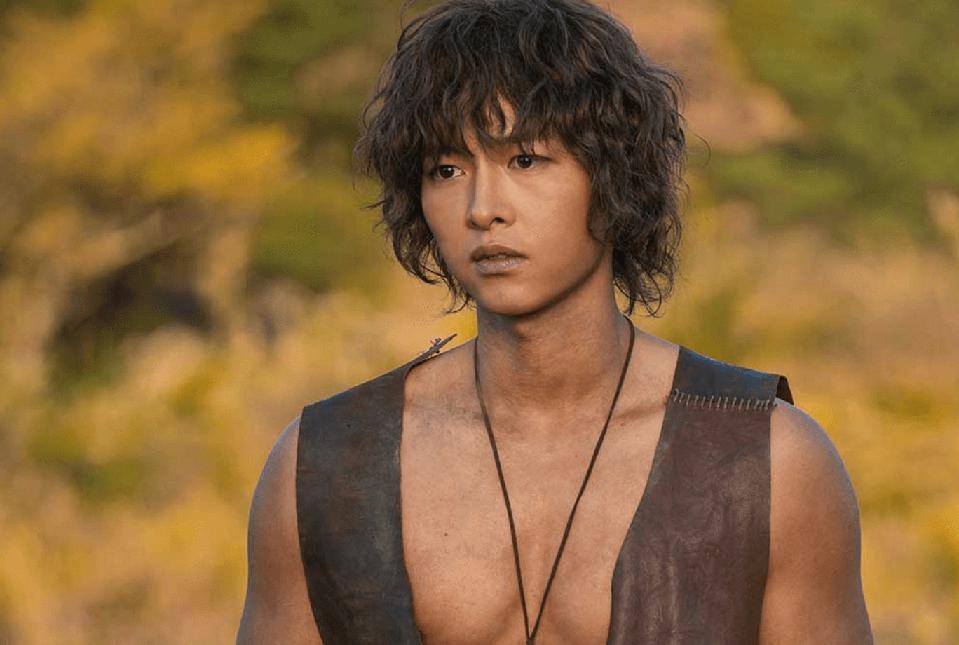 Loosely based on the legend of the warrior Dangun, ‘Arthdal Chronicles‘ is one of the most popular Korean fantasy series on the international level. Set in the fictional city of Arthdal, it follows several inhabitants who try to live their life with dignity; as episodes progress, the viewers see the life and struggles of several mythical heroes. The historic and action-packed series is pretty similar to ‘Alchemy of Souls’ in its settings and themes, both involving a mythical place and valiant warriors. 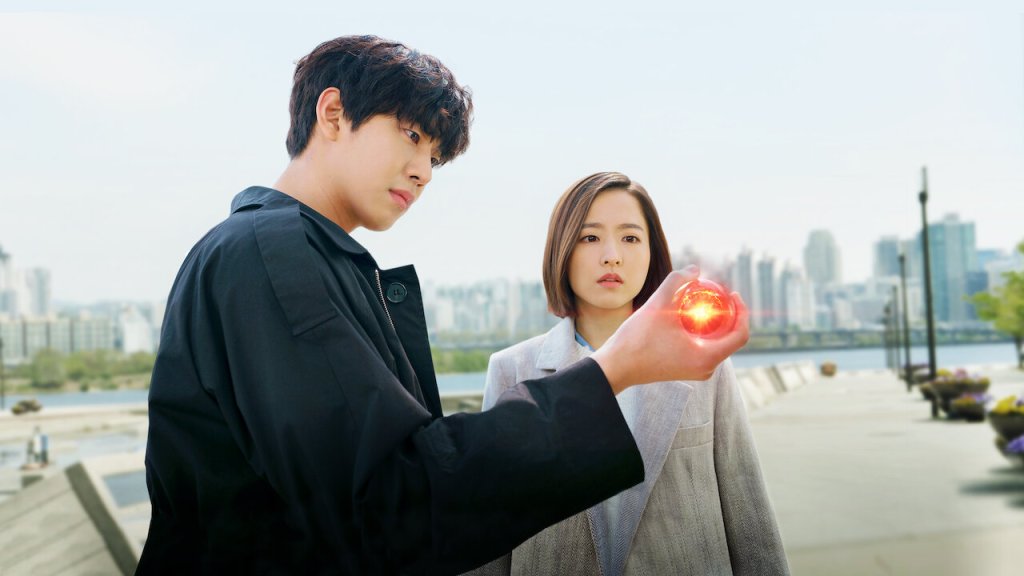 The fantasy romance series ‘Abyss’ shares a similar concept to ‘Alchemy of Souls’ as the two leading characters undergo a similar process as Nak-su. Go Se-yeon and Cha Min are two friends who die in separate tragedies, but a supernatural being named Abyss decides to revive them in different bodies. Their reincarnated forms take their souls’ appearances, leading Cha Min to become more attractive and Se-yeon to get a bit plainer. Now, the two friends are determined to find the culprit behind Go Se-yeon’s untimely demise and perhaps learn more about each other. 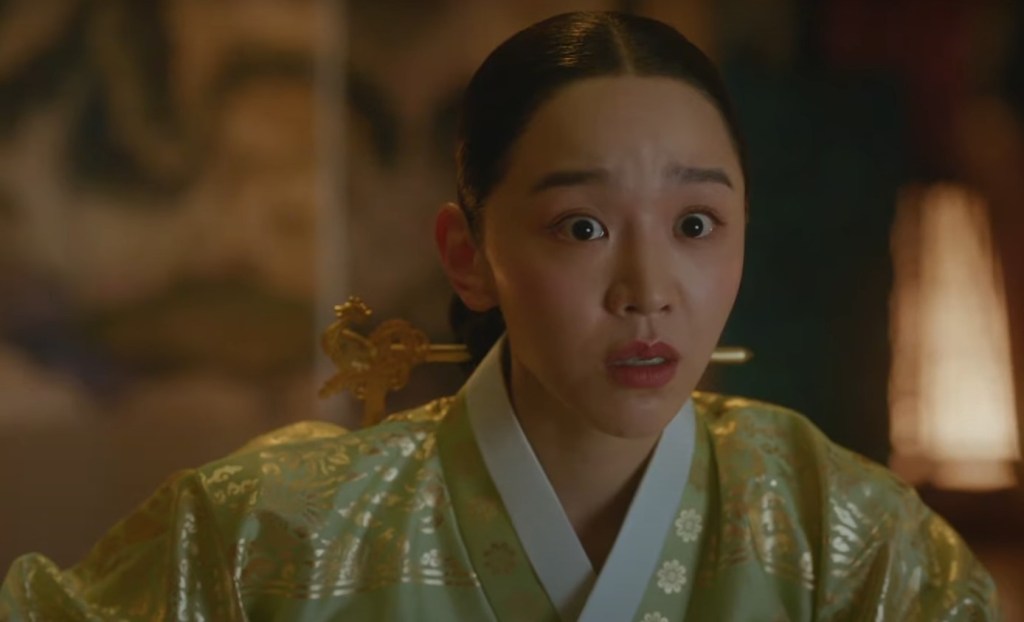 Set in medieval times, ‘Mr. Queen’ is a historical rom-com series that brings several unique elements to the viewers that the fans of ‘Alchemy of Souls’ will surely enjoy. Chaos is bound to happen when a young chef from modern times switches bodies with a queen from the Joseon dynasty. Queen Cheorin’s body now houses the soul of Jang Bong-hwan, a free-spirited chef. The former’s husband, King Cheoljong, is a puppet ruler, though the queen soon discovers that not everything is as it seems and that he might be hiding a huge secret.

‘Bulgasal: Immortal Souls‘ is a fantasy thriller series revolving around two characters who have lived long lives in unconventional ways. Min Sang-woon was once an immortal woman who was turned human and can now remember her past lives, no matter the number of rebirths. On the other hand, Dan Hwal started as a human who was turned immortal and has lived for six centuries as a cursed creature named Bulgasal. The two protagonists often cross paths, and their journey is nothing short of awe-inspiring. Sang-woon’s reincarnations bear a resemblance to Mak-su’s fate in ‘Alchemy of Souls,’ as both women remember their lives before their original deaths. 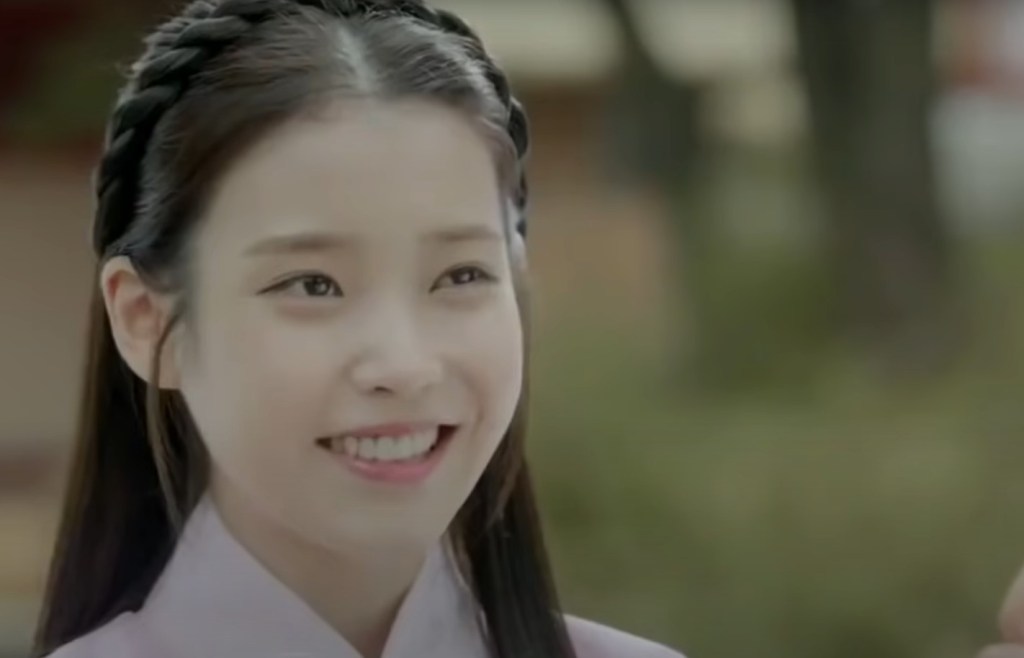 ‘Moon Lovers: Scarlet Heart Ryeo’ follows Go Ha-jin, a modern woman who travels back in time and finds herself in the body of Hae Soo during the 10th Century under King Taejo’s reign. The series features several historical figures in its narrative as Hae Soo navigates her way through her newfound life. While there, she initially falls in love with Prince Wang Wook, though her affection soon transfers to Prince Wang So, a feared royal figure. If you enjoyed the concept of ‘Alchemy of Souls’ and its romantic arc, this historical series is bound to capture your interest.