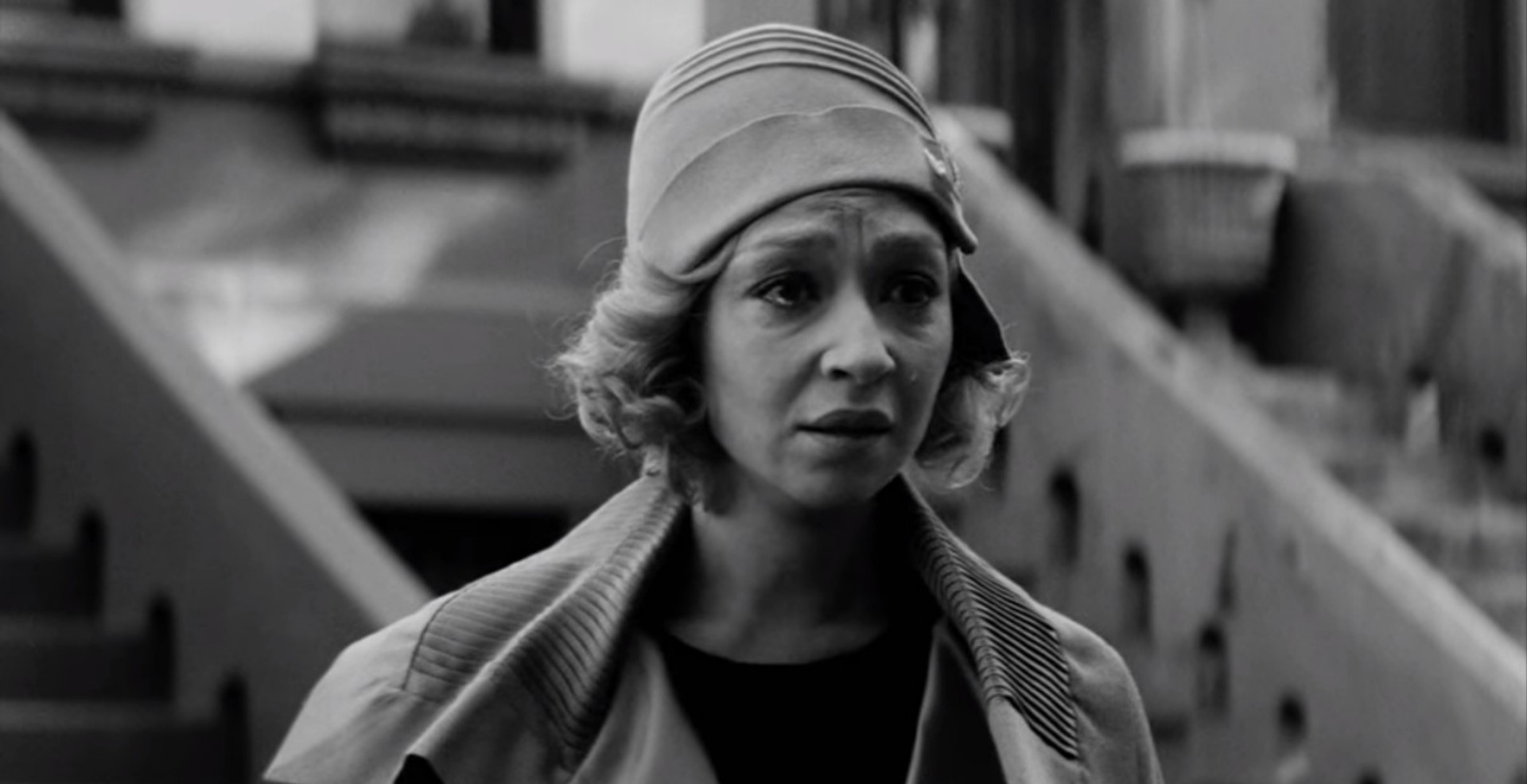 Rebecca Hall’s ‘Passing’ is a gripping period film that revolves around two light-skinned Black women, Irene “Rene” Redfield and Clare Bellew, who have vastly different ways of approaching their identities. Clare chooses to pass as white, but Irene does not. When the childhood friends reunite after more than a decade, turbulent questions about their racial and sexual identities arise.

Set in 1920s New York City, the black-and-white drama features fantastic jazz music and stunning costumes. Hall’s feature directorial debut, based on Nella Larsen’s 1929 novel of the same name, is a poignant tale of friendship and fluid identities in a racist and patriarchal society. If you enjoyed the setting, subversive storyline, and heartbreaking ending of ‘Passing,’ we have some amazing recommendations for you! You can watch most of these movies similar to ‘Passing’ on Netflix, Hulu, or Amazon Prime.

Directed by Lee Daniels, ‘The United States vs. Billie Holiday’ is a biographical film that explores the life of the renowned jazz singer Billie Holiday. Based on Johann Hari’s 2015 book ‘Chasing the Scream: The First and Last Days of the War on Drugs,’ the Andra Day-starrer revolves around the Federal Department of Narcotics’ undercover sting operation on Holiday, known for her subversive songs and rampant drug use.

If the phenomenal jazz music and exploration of Harlem’s rebellious artistic culture mesmerized you in ‘Passing,’ ‘The United States vs. Billie Holiday’ will throw you into the deep end of the pool of jazz, racism, and drugs as experienced by the tormented but talented Holiday.

Francis Lee’s ‘Ammonite’ is set in 1840s England and is loosely based on the life of Mary Anning, a British paleontologist. In Lyme Regis, Mary leads a life of solitude and quietly works on her fossils despite receiving barely any recognition for the same. However, a chance friendship with London-based Charlotte Murchison results in both women passionately exploring their sexuality and challenging the boundaries of socially-mediated identities.

Starring Kate Winslet and Saoirse Ronan, this period drama delves into themes of emotional trauma, lesbianism, codependent friendships, and patriarchal norms. If you were moved by the queer undertones and meaningful silences that drive the plot of ‘Passing,’ you will certainly like the quiet but nuanced exploration of Mary and Charlotte’s feelings in ‘Ammonite.’

Based on the real-life story of the interracial couple Richard and Mildred Loving, ‘Loving’ is a deeply moving tale of the endurance of love against the discriminatory forces of society. In the late 1950s in Virginia, Richard Loving, a white man, falls in love with Mildred Jeter, a black woman. However, their romance is fraught with fear due to their state’s racial segregation and anti-miscegenation laws.

Directed by Jeff Nichols, the film stars Joel Edgerton, Ruth Negga, and Nick Kroll. Like ‘Passing,’ ‘Loving’ also explores race and romance in a segregated and dangerously racist society. Plus, if you liked Negga as the vivacious Clare then you certainly need to see her as the gentle Mildred!

‘Hidden Figures’ is based on the lives of three Black women that worked at the National Aeronautics and Space Administration (NASA) during the space race of the 1950s and 1960s. Directed by Theodore Melfi, the film stars Taraji P. Henson, Janelle Monáe, and Octavia Spencer as Katherine Johnson, Mary Jackson, and Dorothy Vaughan respectively.

The biographical drama explores the grit and passion of these three mathematicians whose massive contribution to the US space program is often sidelined due to their race and gender. Katherine, Mary, and Dorothy are up against a highly patriarchal and racist society and are unwilling to back down. If you enjoyed the complex, female-centric film that ‘Passing’ is, you’ll definitely want to watch ‘Hidden Figures.’

Based on Fannie Hurst’s 1933 novel of the same name and directed by Douglas Sirk, ‘Imitation of Life’ explores the complicated dynamic of two families with intertwined lives — the white Merediths and the black Johnsons. With Lana Turner, Juanita Moore, Susan Kohner, and Sandra Dee in pivotal roles, the film explores the various ways in which white and black families deal with the racial divide whilst chasing after their own dreams.

Like Clare in ‘Passing,’ Sarah Jane passes as white in order to cross society’s color line and embrace opportunities that other Black women cannot. However, her decision to reject her Black identity brings about harrowing consequences. If the central theme of ‘Passing’ piqued your curiosity, ‘Imitation of Life’ will help you further understand the challenges — personal, professional, emotional, and social — that Black individuals passing as white encountered in the early 20th century. 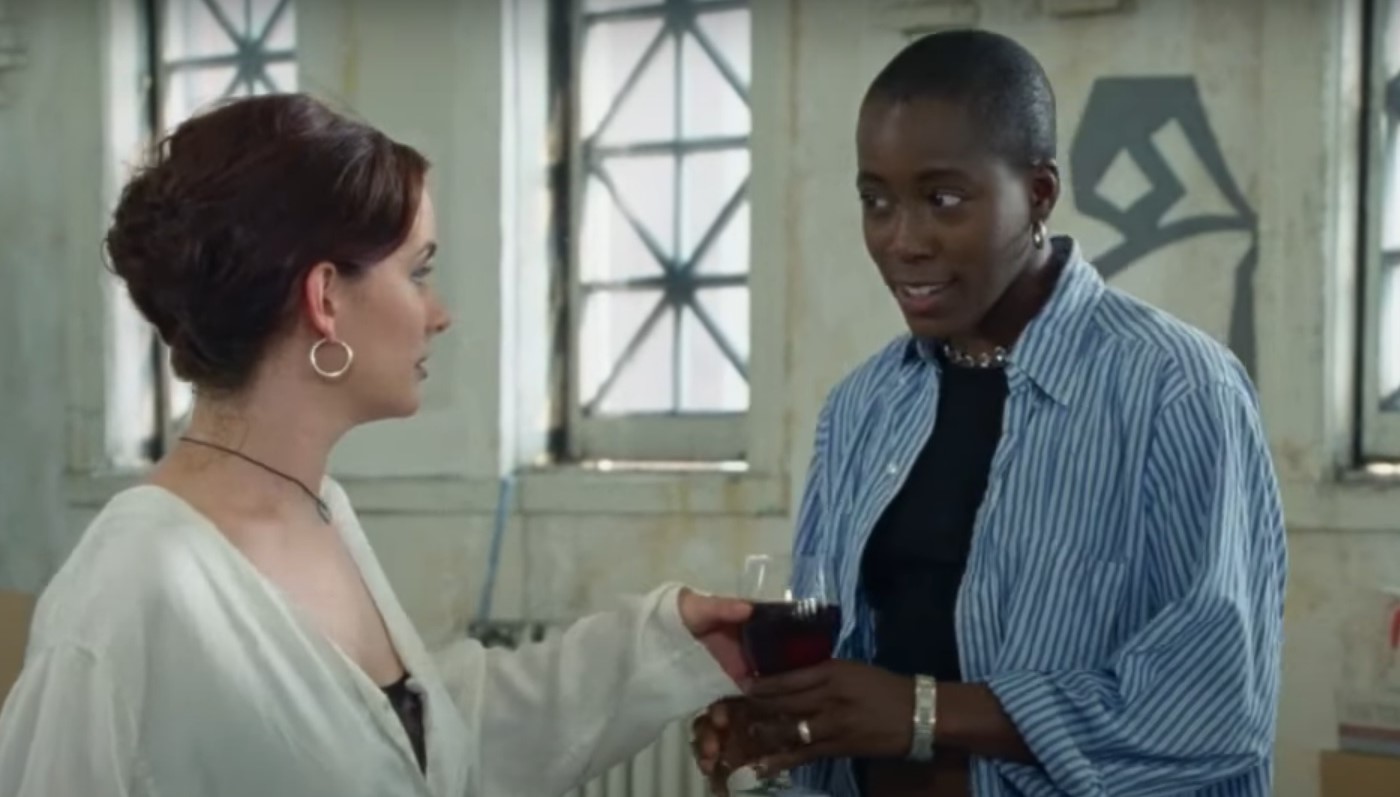 Cheryl Dunye’s ‘The Watermelon Woman’ chronicles the experiences of a black lesbian named Cheryl. As she tries to uncover the identity of a black actress from the 1930s credited only as “The Watermelon Woman,” Cherly discovers pertinent truths about her own identity and enters into a relationship with Diana, a white woman.

‘Passing’ splendidly explores the ways in which the identities of minorities intersect on both personal and political levels. Similarly, ‘The Watermelon Woman’ expertly portrays how contemporary and historical socio-political contexts inform the ways in which Black individuals approach romances, friendships, acquaintanceships, artistic ventures, and their own identities.

‘Rafiki’ is a Kenyan drama film directed by Wanuri Kahiu that focuses on two young women named Kena and Ziki. The two harbor feelings for each other despite the fact that homosexuality is banned in their country. With the additional complication of their fathers being political rivals, Kena and Ziki navigate their passionate but increasingly risky romance.

In ‘Passing,’ Clare’s wild spirit magnificently contrasts against and complements Irene’s composed nature. Similarly, Ziki, with her colorful hair and lively personality, beautifully gels with the tomboyish and reticent Kena. ‘Rafiki,’ like ‘Passing,’ also deals with class differences and other societal divides, often using poignant silences as a means of storytelling.

Read More: Is Passing Based on a True Story?