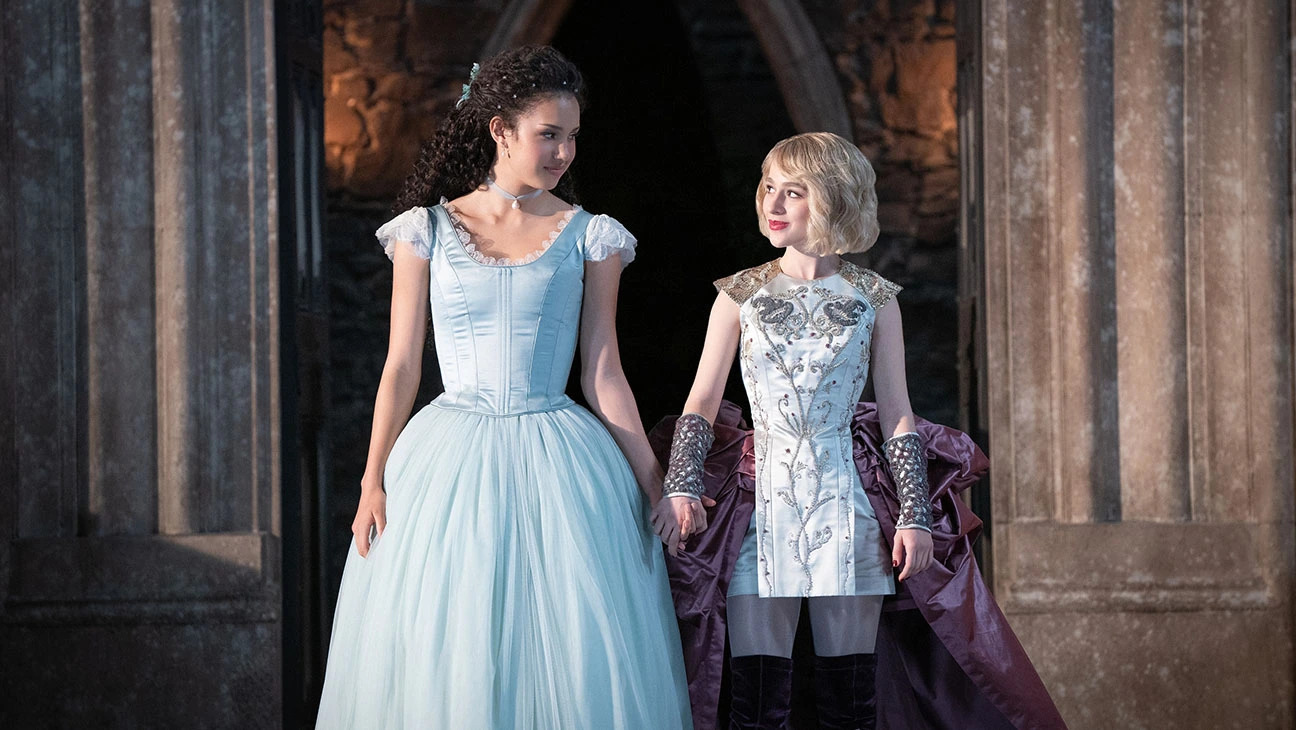 Based on the eponymous 2013 novel by Soman Chainani, Netflix’s ‘The School for Good and Evil’ is a fantasy fairy tale film that revolves around two best friends — Sophie and Agatha — who transcend into a mystical school where aspiring heroes and villains are trained. However, the two find themselves on opposing sides of an ethereal battle between good and evil.

Directed by Paul Feig, the film brings timeless themes such as friendship, jealousy, good versus evil, and more into a contemporary setting. If you can’t get enough of these genres, we’ve got a list of more such films just for you. You can watch most of these movies, similar to ‘The School for Good and Evil’ on Netflix, Hulu, or Amazon Prime.

The depiction of Greek mythology in pop culture has always been quite fascinating, and the Percy Jackson franchise is one of the renowned fictional works in this subgenre. Based on the novel by Rick Riordan, ‘Percy Jackon & The Olympians: The Lightning Thief’ is about a dyslexic kid who discovers he is a demigod. The film follows his adventures as he sets off to find Zeus’ lightning bolt after being accused of stealing it.

Disney is known for its fantastical films, and this list would have been incomplete without ‘The Chronicles of Narnia: The Lion, the Witch, and the Wardrobe.’ Based on the book of the same name, the film is about four siblings who unwittingly discover the magical world of Narnia by entering a wardrobe. On entering this realm, they learn that destiny brought them to this place, and they must join with Aslan to defeat an evil queen.

One of the best parts about this movie is its primary antagonist, the White Witch (Tilda Swinton). Her apathetic and devious nature shares a degree of semblance with the antagonist of ‘The School for Good and Evil,’ Rafal. Both have an eerie quality that captures the viewer’s attention and holds it for a long time.

Directed by Kevin Lima, ‘Enchanted’ is an off-beat fairy-tale film that shifts between the worlds of fantasy and reality. The story is about Princess Giselle, who is exiled from her kingdom due to her lover’s evil stepmother. When transported to the real world, Giselle crosses paths with a lawyer and begins falling for him. The story carries a satirical undertone and acts as a parody of various films in the genre. Although ‘The School for Good and Evil’ isn’t a parody, it seems to have an irreverent tone that comes close to the sardonic nature of ‘Enchanted.’ The scenes depicted in the two films are often ironic and self-aware, which is pretty impressive.

Directed by Tim Burton, ‘Miss Peregrine’s Home for Peculiar Children’ is a fantasy tale about a boy named Jake who serendipitously stumbles into a home for kids with supernatural abilities. The visual aesthetics of various backdrops and creatures in the 2016 film are reminiscent of those in ‘The School for Good and Evil.’ For instance, the giant creature Stymph in the latter resembles Miss Peregrine’s falcon avatar. Besides this, Peregrine’s Home and the School for Evil share a gothic architecture, and the characters of Miss Peregrine (Eva Green) and Lady Leonora Lesso Charlize Theron exude a nearly identical aura.

When it comes to paying homage to the fairy-tale genre, one of the first films that pop into our minds is ‘Into the Woods.’ The story chronicles the tale of a baker and his wife who want to have a child but can’t due to a curse cast by a witch. To break free of this curse, the husband and wife must acquire four precious objects that the witch desperately needs.

Based on James Lapine and Stephen Sondheim’s eponymous 1986 Broadway musical, the film is like an excellent recipe for how to make a fairy tale. It is an amalgamation of tropes from evergreen stories such as ‘Cinderella,’ ‘Little Red Riding Hood,’ and a few others. ‘The School for Good and Evil’ seems to take a similar approach by including themes from some of the best fantasy fairy-tale films. Both films are packed with several moments that instill a sense of nostalgia in the viewers’ minds.

An intriguing retelling of ‘Sleeping Beauty,’ Robert Stromberg’s ‘Maleficent’ portrays Maleficent as a kind-hearted fairy who is betrayed by the love of her life, Stefan. Overcome by a desire for revenge, she curses Stefan’s daughter, Aurora. The film tells the story from the perspective of the so-called evil witch instead of the princess. This theme is followed even in ‘The School for Good and Evil,’ which lets audiences into the psyche of the negative characters. Both films seem self-aware, which lends to the presence of imperfect characters with multiple shades of grey.

The ‘Harry Potter‘ film series has carved a niche in the fantasy genre. Although the film is about magic, witches, and wizards, at its core, the story is about relationships and standing for what one believes in. This is precisely what makes the movies in the series timeless. The eight-film saga follows the lives of young wizards, Harry Potter, Hemione Granger, and Ron Weasley, who are students at the Hogwarts School of Witchcraft and Wizardry.

Read More: Where Was Netflix’s The School for Good and Evil Filmed?