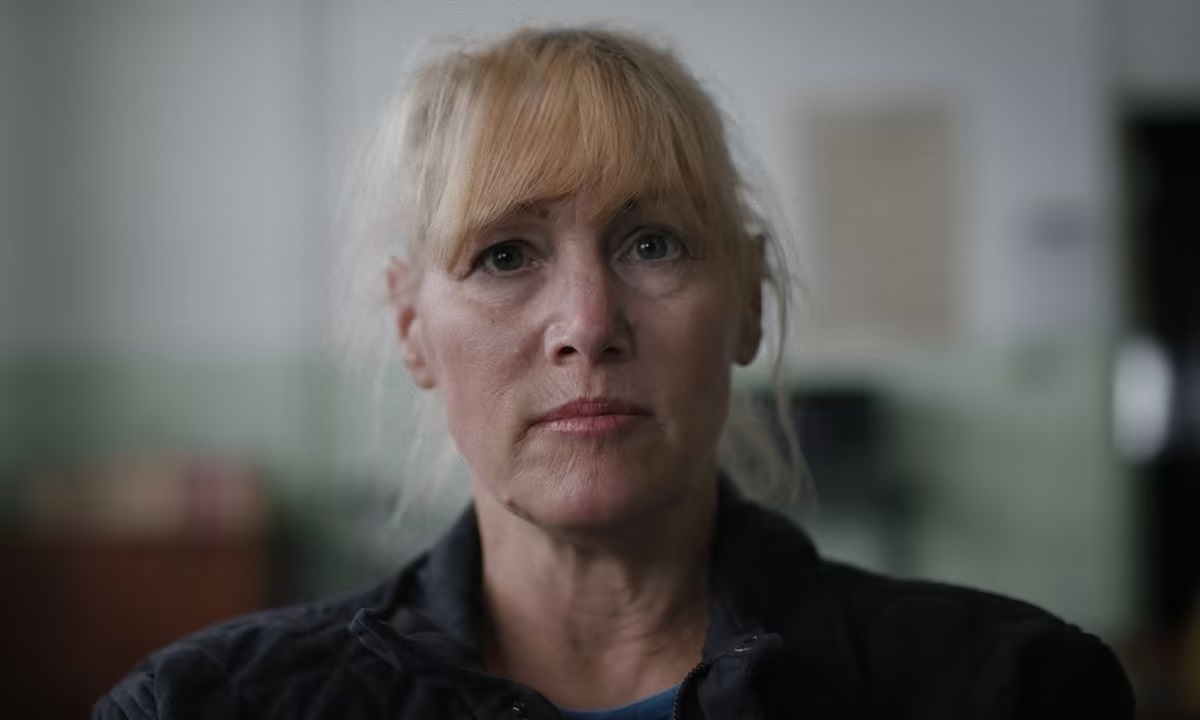 Directed by Nanette Burstein, Netflix’s ‘Killer Sally’ is a docuseries that follows the case of Sally McNeil, a professional bodybuilder. The athlete was accused and convicted of the murder of her husband, Ray McNeil, who was also a bodybuilder. The show features Sally, her friends, and her family as they present their side of the story.

As the series progresses, it provides the audience an insight into the marriage of the McNeils and the strains on their marriage. It sheds light on some unsavory parts of the field of bodybuilding. If you enjoyed the documentary series and are looking for something in a similar genre, these seven stories might be what you need. You can watch most of these shows similar to ‘Killer Sally’ on Netflix, Hulu, or Amazon Prime. 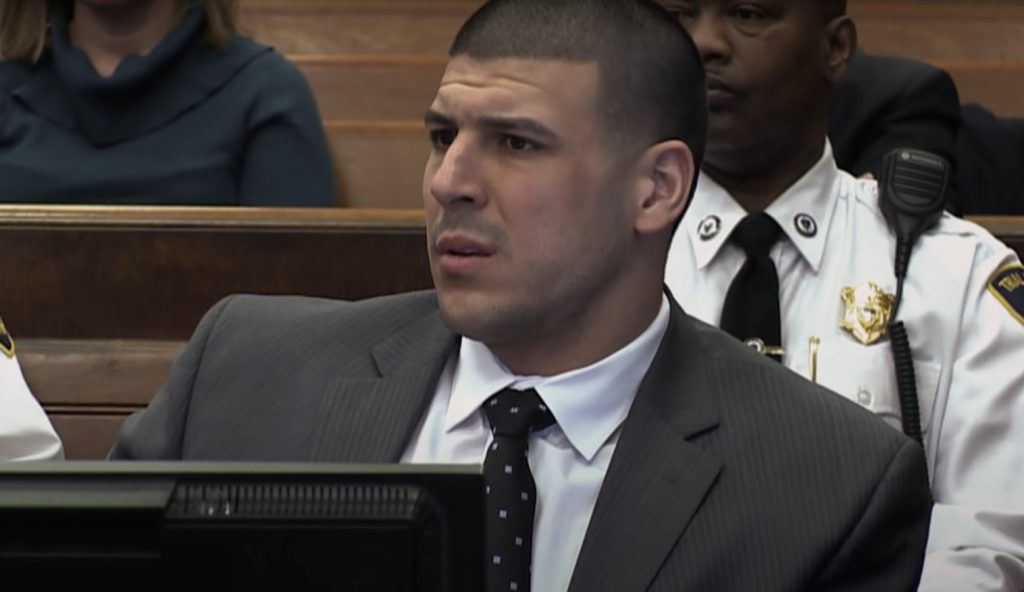 Starting with an intriguing blend of sports and crime, we have Netflix’s ‘Killer Inside: The Mind of Aaron Hernandez.’ The documentary series explores how former professional American football player Aaron Hernandez was convicted of the murder of Odin Lloyd, a member of the New England Football League (NEFL). The show also delves into Aaron’s suspected involvement in several other murder cases, his life’s journey, and his subsequent demise. If you enjoyed exploring the connection between sports and crime in the ‘Killer Sally,’ this particular docuseries might interest you. 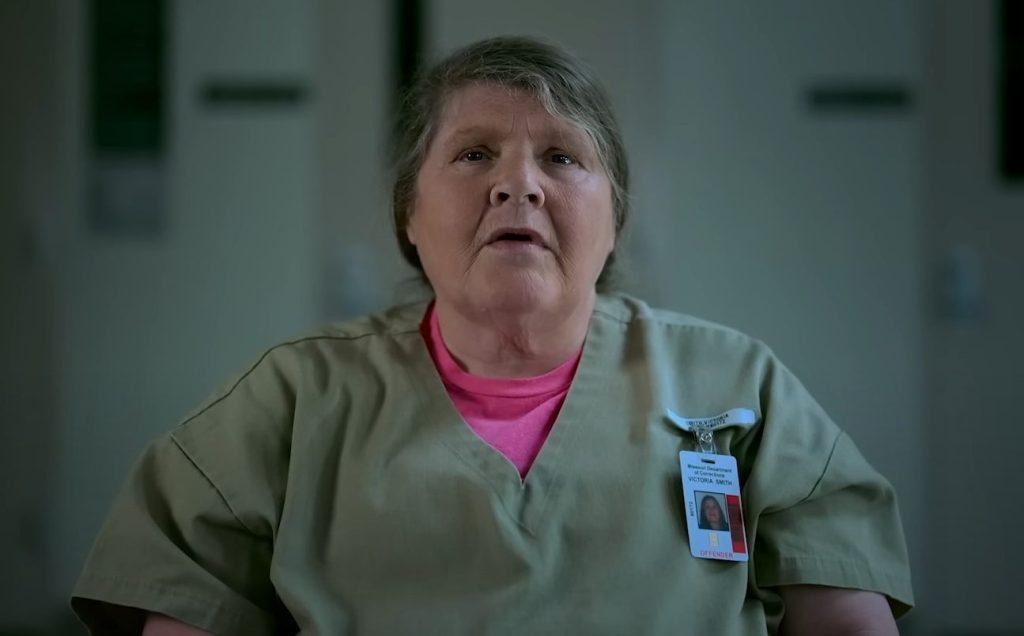 Netflix’s ‘I Am a Killer’ is a unique take on true crime shows. As a part of the series, the showmakers interview death row inmates who talk about the crimes they have been convicted of, the reasons behind their actions, and the consequences. Many interviewees reflect on how their actions have impacted others and themselves. For fans of the true crime genre, the show provides a rare opportunity to understand convicted criminals’ real-life motivations and reasonings. The process resembles how Sally McNeil discusses the events that led to her criminal actions in ‘Killer Sally.’ 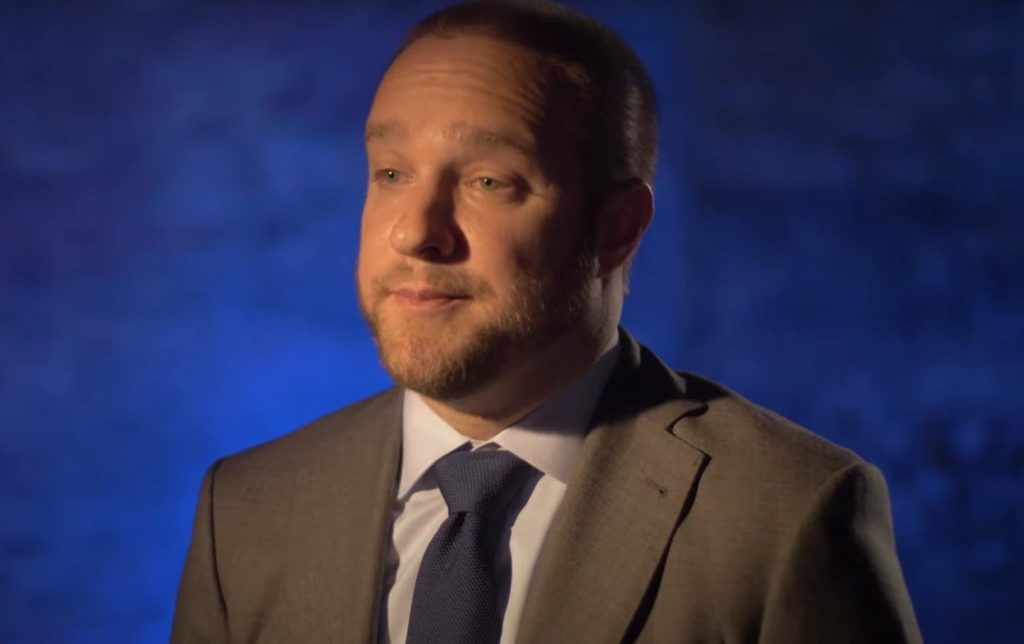 ‘Killer Sally’ explores the murder of a man at the hands of his spouse, and if that is a concept that caught your eye, then you might enjoy Lifetime’s ‘Meet Marry Murder.’ Narrated by Will Hanrahan, the crime series explores real-life cases where a married person kills their partner. Each case has a unique backstory and circumstances that set it apart from the others.

Actors dramatize the details of featured cases to help the viewers understand the events that took place. The show is most popular among fans of true crime documentaries and marital drama and is likely to strike a chord with admirers of ‘Killer Sally.’ 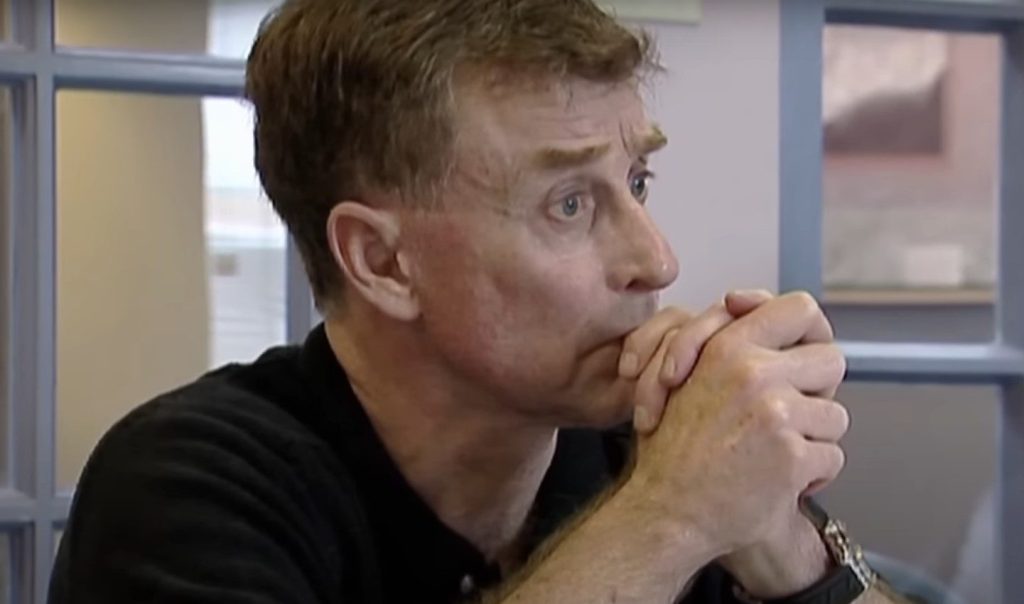 We cannot talk about shows similar to ‘Killer Sally’ without mentioning ‘The Staircase.’ The Netflix documentary revolves around Michael Peterson’s trial after he was accused of murdering his wife, Kathleen Peterson. The series’ production started while the legal proceedings were still in the works. The crew interviewed family members and defense attorneys and were even allowed to record events within the courtroom.

The various ups and downs of the case unfold, and secrets are revealed, making for a riveting watching experience. The docuseries even served as the inspiration for the eponymous miniseries by HBO Max. If the high-profile nature of ‘Killer Sally’ captured your interest, then the trial of Michael Peterson is not a story you want to miss. 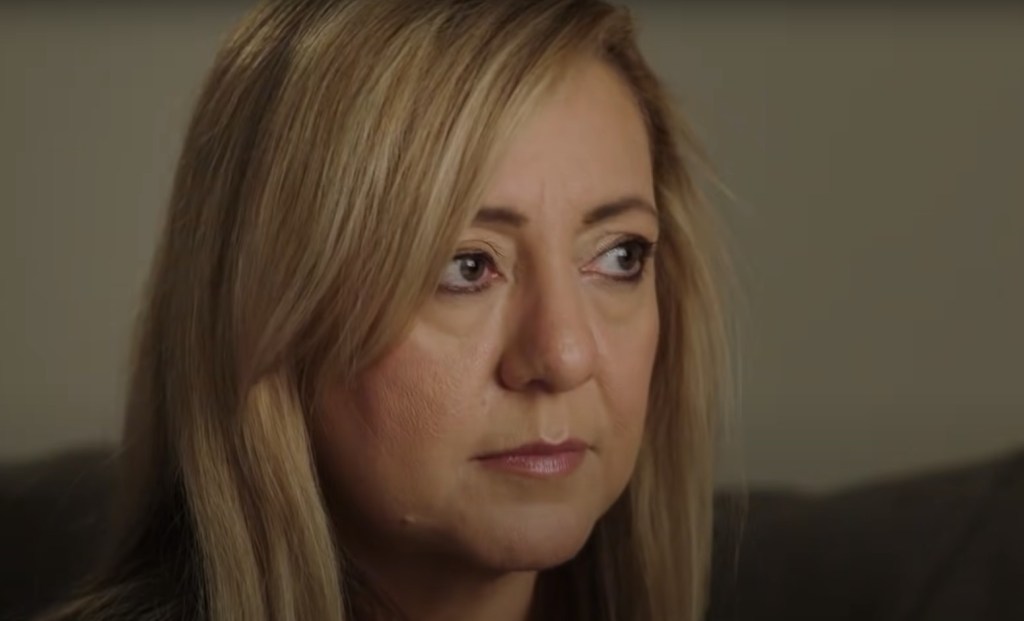 Amazon Prime’s ‘Lorena’ provides an insight into the case that gripped the USA in 1993. A nail salon worker, Lorena Bobbitt, was arrested for cutting off her husband’s penis with a carving knife. Upon her arrest, she accused her husband, John Bobbitt, of domestic violence and marital rape.

Featuring both Lorena and John, the show provides the perspective of the two spouses on what their marital life was like before the incident. Moreover, it discusses the legal proceedings and the aftermath of the same. The confessional nature of the series, combined with the exploration of various human behavioral issues, is sure to capture the attention of ‘Killer Sally’ fans. 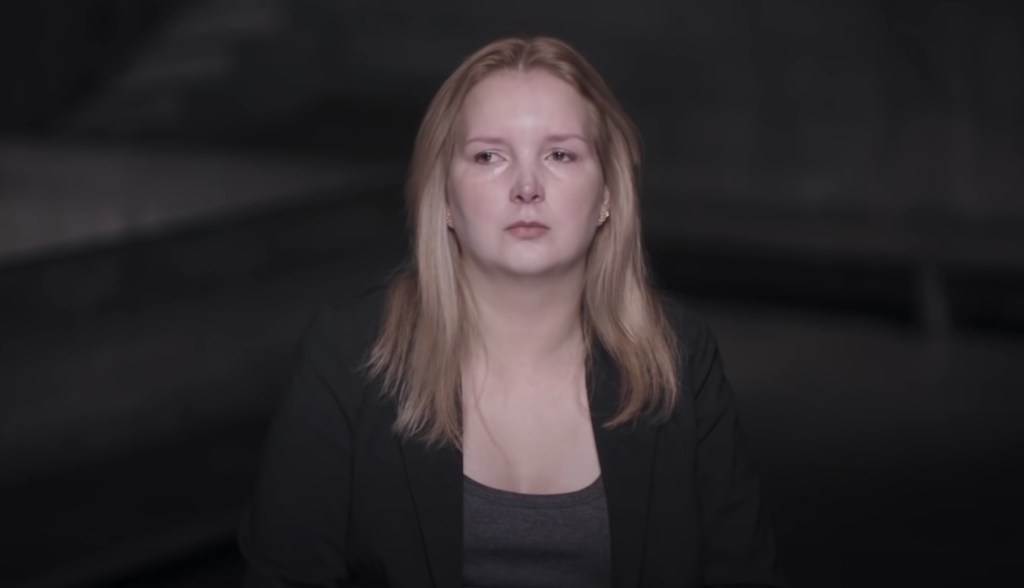 The case caught the attention of the media as the case progressed. The Netflix show features Stephanie Sherry and Elize Matsunaga, with the latter explaining her perspective to the viewers. The nature of the show is quite similar to ‘Killer Sally’ as both revolve around women who killed their husbands. 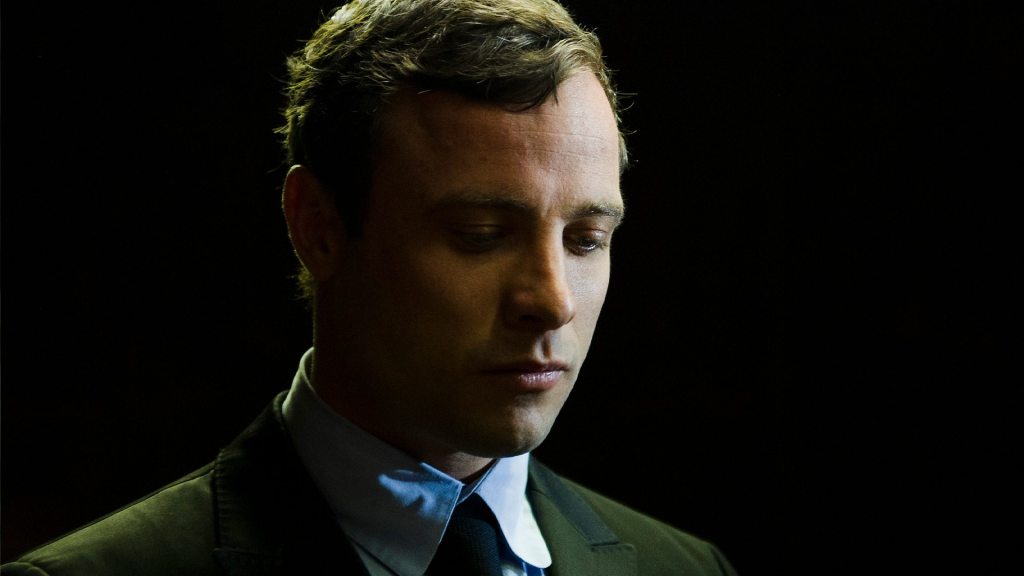 On the top of this list is ‘The Trials of Oscar Pistorius,’ a popular true-crime series revolving around Oscar Pistorius, former South African Paralympian. The show details the professional athlete’s life, his relationship with Reeva Steenkamp, and the latter’s eventual death at the hand of Oscar. Before the incident, Oscar had inspired many and was quite popular. Hence the murder trial of Reeva Steenkamp gained much limelight. The events in the BBC series follow a pattern similar to ‘Killer Sally,’ though the circumstances are quite different between the two cases.

Read More: Why Did Sally McNeil Kill Her Husband?