8 Movies Like Rudolph The Red-Nosed Reindeer You Must See

The list of symbols representing Christmas is endless. From Santa’s iconic red cap and boots to the wooden sleigh and Santa’s favorite reindeer, so many things spread the Christmas magic and cheer up their surroundings. Written and directed by Chel White, ‘Rudolph The Red-Nosed Reindeer’ or ‘Rudolph the Red-Nosed Reindeer 4D Attraction’ recounts the story of a sweet reindeer who gets teased because of his nose color. He runs away from Christmastown and goes on the adventure of his lifetime. Rudolph comes across Hermey the Elf and Yukon Cornelius on his way, and the trio soon becomes good friends.

Escaping the snow monster, facing a deadly storm, and saving Christmas are the top priorities for Rudolph and his friends. Consequently, whether they can get through these hurdles and assist Santa in saving Christmas entails the plot of the 2016 fantasy adventure movie. If you want to watch movies that celebrate magical reindeer adventures and capitalize on the Christmas spirit, then the following movies are perfect for you. You can watch most of these movies similar to ‘Rudolph The Red-Nosed Reindeer’ on Netflix, Hulu, or Amazon Prime. 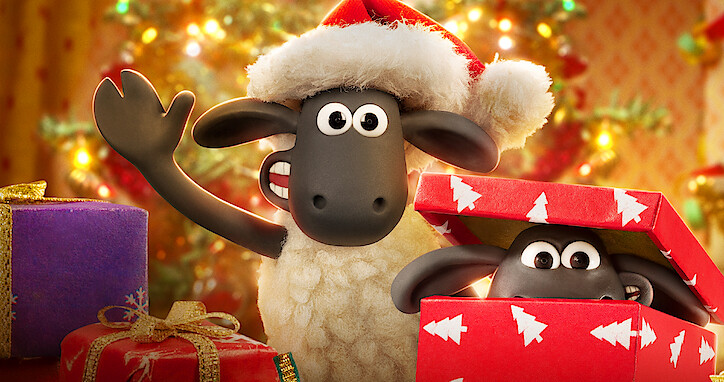 Directed by Steve Cox, the animated comedy movie ‘Shaun the Sheep: The Flight Before Christmas’ is based on the characters created by Nick Park. The titular character Shaun faces trouble when the Christmas cheer becomes a task to find missing Timmy. Shaun raids a farmhouse to get bigger stockings for his friends, but things go awry as Timmy gets lost.

In the midst of holiday madness, the flock of sheep makes their way through town to save their missing buddy. The adventures of Shaun and Rudolph are not that different. Likewise, both of them make friends along the way and save the festival from getting ruined. 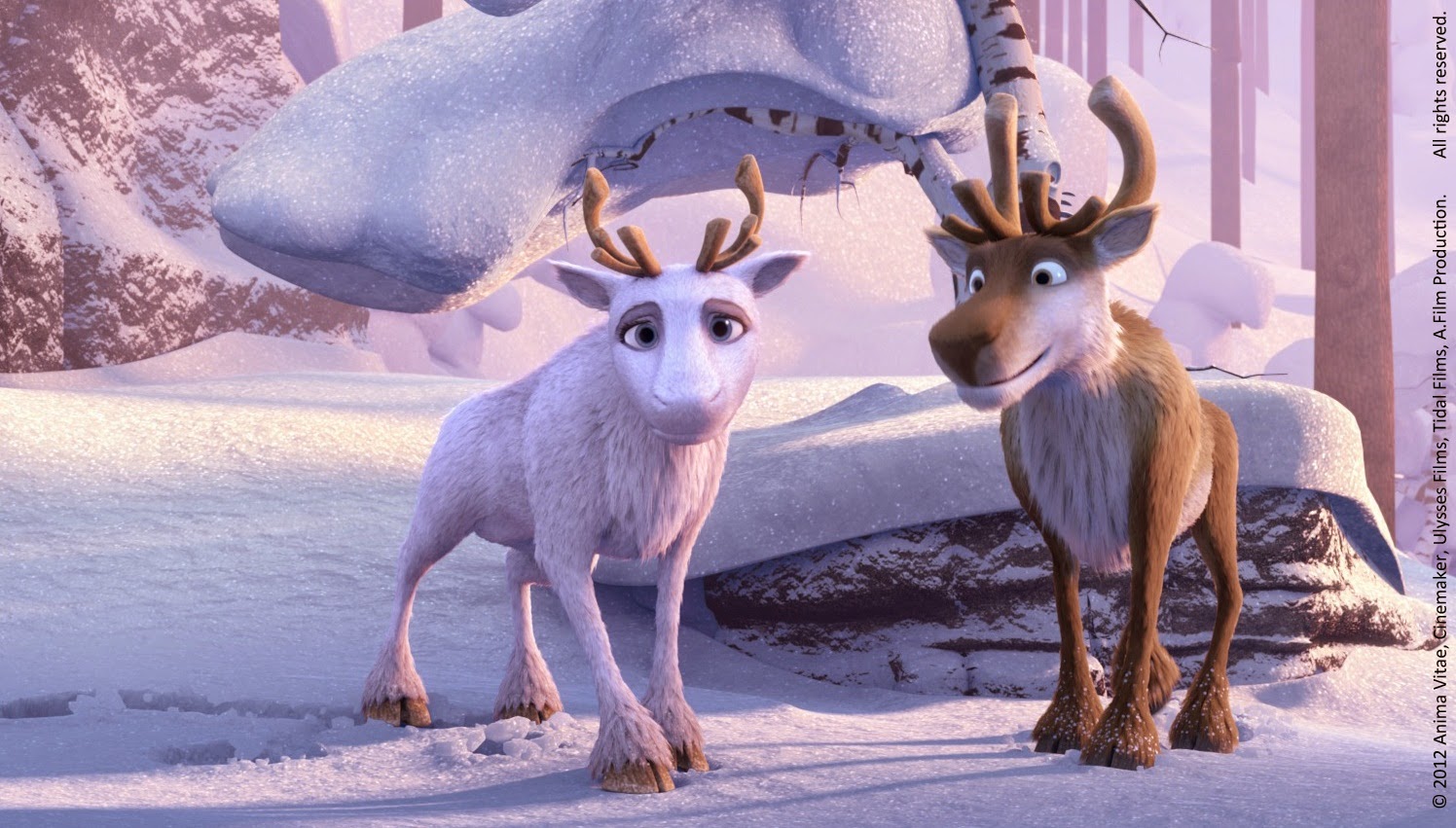 When Niko’s mother announces her second marriage, Niko’s Christmas plans get overturned. While the reindeer deals with that, he also has to take care of his little stepbrother. Moreover, when the little brother goes missing, Niko has to do everything in his power to bring him back safely. The original title of this movie, which is directed by Kari Juusonen and Jørgen Lerdam, is ‘Niko 2 – lentäjäveljekset.’ Like Rudolph, Niko is also a reindeer. Their adventures across snowclad regions form the plot of their respective movies. 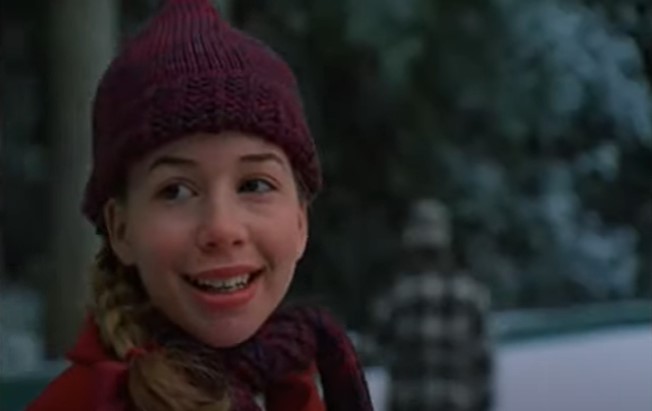 The family comedy movie ‘Blizzard’ exudes the magic of reindeer. A young girl loves reindeer. On Christmas eve, her aunt narrates the story of a magical reindeer and ice skater to her niece. Blizzard has all three of the magical reindeer abilities: the talent to fly, the skill to become invisible, and the potential to navigate by feeling with her heart.

The enchanting story is a perfect Christmas watch as it will leave you delighted and satisfied. Furthermore, both ‘Blizzard’ and ‘ Rudolph The Red-Nosed Reindeer’ celebrates the power and magic of reindeer. They explore how charming and bewitching the animal is, proving why Santa chose reindeer to pull his sleigh.

The animated adventure movie is directed by Allan Jacobsen, Kevin Wotton, and Stephen Cooper. An avalanche derails their intentions to return to Miradero for the holiday celebrations, and Lucky and her friends’ journey is disrupted. They travel on Christmas Eve into the city to locate the ideal present. Amber Frank has voiced the protagonist of the movie, Lucky. Moreover, the setting of Christmas and worsening weather conditions further add to the plots of both movies ‘Spirit Riding Free: Spirit of Christmas’ and ‘Rudolph The Red-Nosed Reindeer.’ 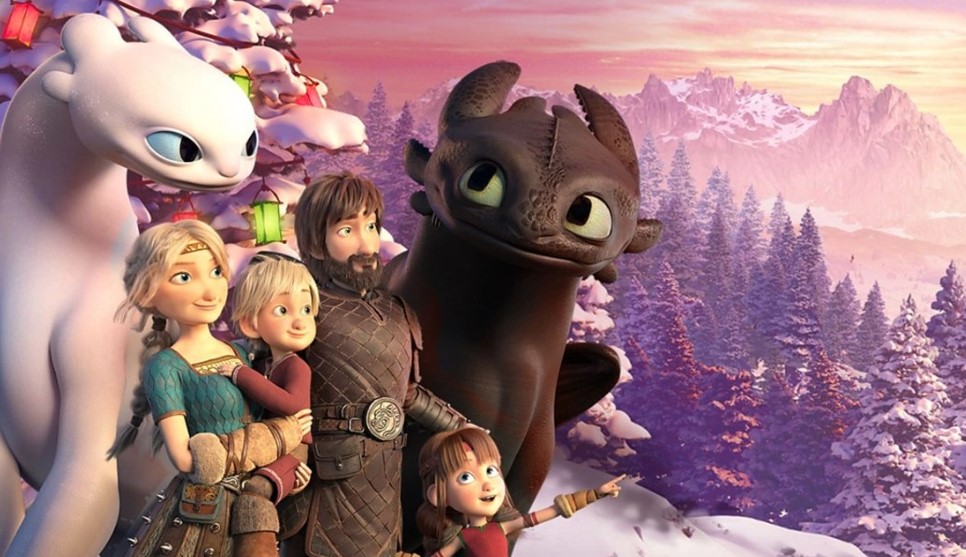 ‘How to Train Your Dragon: Homecoming’ is the TV movie installment of the franchise ‘How To Train Your Dragon,’ which is based on the book series by Cressida Cowell. Set against the cheery Christmas backdrop, Hiccup and Toothless come together to celebrate and have fun with their respective families. The two met when they were just kids, but in this movie, we see them all grown up and fathering children.

The festival is known as the Snoggletog holiday in the movie world, and Hiccup organizes an event for the same. Tim Johnson directed the animated action-adventure movie. Like ‘Rudolph The Red-Nosed Reindeer,’ this movie also showcases the coming together of two communities in harmony around Christmas. 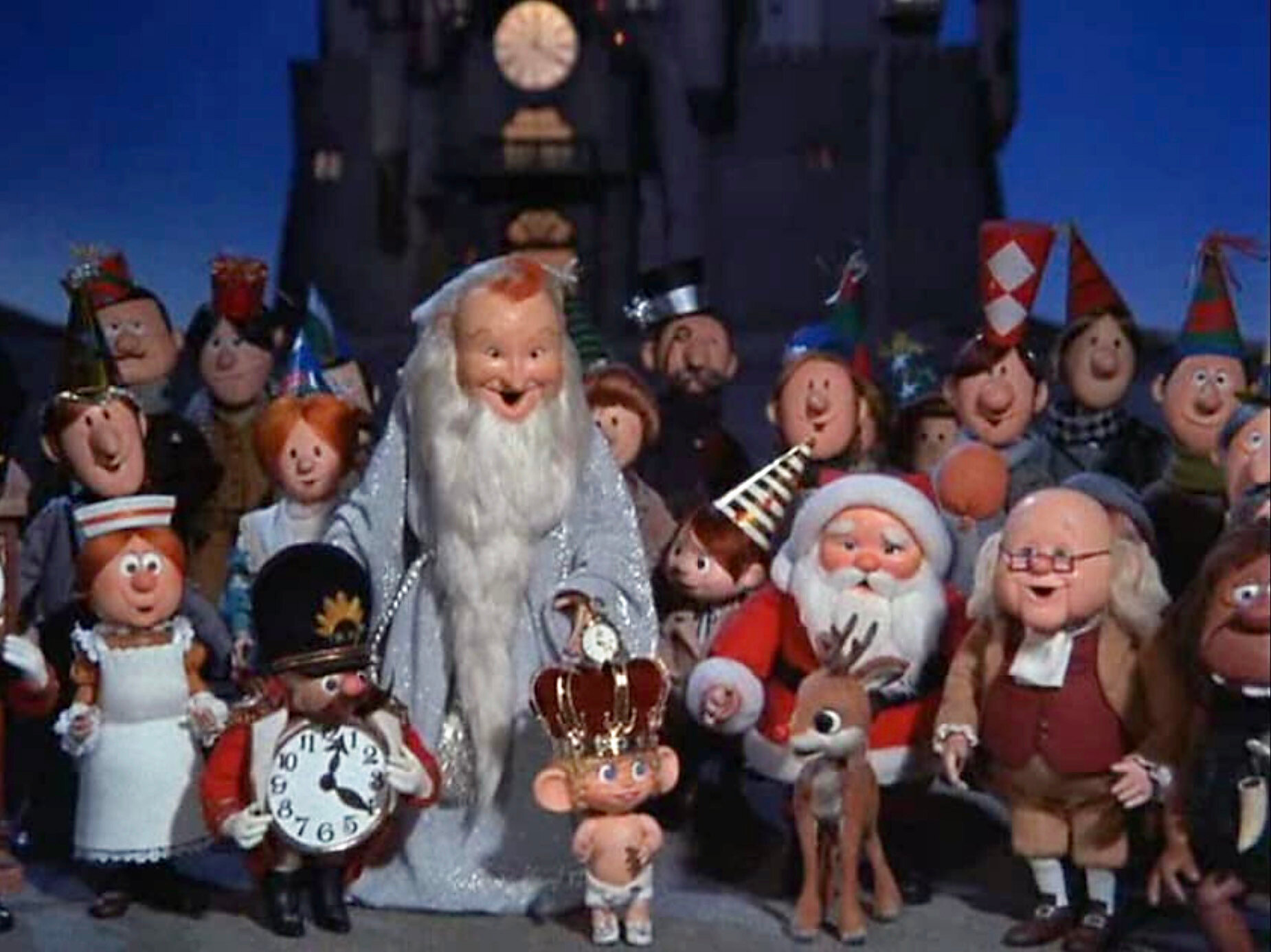 ‘Rudolph’s Shiny New Year’ is another one of Rudolph’s adventures around New Year’s eve. He embarks on an adventure to find baby New Year in a race against time. Directed by Jules Bass and Arthur Rankin Jr., the animated adventure movie revolves around Rudolph and his efforts to locate the person without whom the new year cannot begin. Both ‘Rudolph The Red-Nosed Reindeer’ and ‘Rudolph’s Shiny New Year’ are focused on one of Santa’s favorite reindeer, Rudolph. Furthermore, both movies also highlight the kind and caring nature of Rudolph.

Santa must find a successor when Blitzen abruptly announces his retirement. Elliot and his closest friend Hazel decide against all obstacles to prove he is the one for the job. Elliot must make the most important choice of his life as their friends’ lives are in danger back at the farm due to a menacing woman. Directed by Jennifer Westcott, this movie celebrates the magic of being a reindeer like none other.

Elliot is a miniature horse, but he still participates in the tryouts to become one of Santa’s reindeer. Elliot and Rudolph must feel out of place numerous times because of their looks or strange dreams. However, both characters consolidate the power of believing in oneself and proving others wrong. 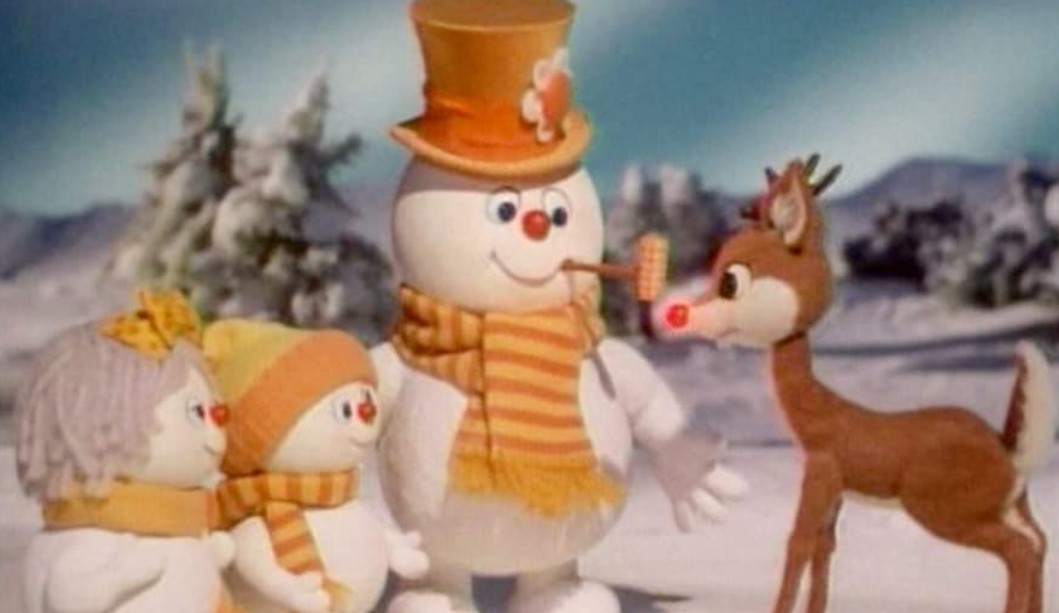 Helmed by Jules Bass and Arthur Rankin Jr., ‘Rudolph & Frosty’s Christmas in July’ is another one of Rudolph’s amazing adventures. In this movie, he teams up with Frosty, a snowman, to stop a nasty villain named Winterbolt from taking the North Pole under his control. The duo must fight against all odds to capture and defeat the villain to keep their friends safe.

Furthermore, Rudolph’s red nose plays a major part in the plot as it begins to extinguish. The fate of the red nose is revealed towards the end of the movie. Both movies ‘Rudolph The Red-Nosed Reindeer’ and ‘Rudolph & Frosty’s Christmas in July’ focus on the red-nosed reindeer and his adventures across the North Pole.