Although erotica might seem antithetical to the horror genre, there are numerous films where they happily co-exist. In the slasher films of the late 1970s and 1980s, gratuitous nudity is as important as the blood and guts that seem to fly around everywhere. These scenes help in setting up the atmosphere for what is to come. In other films, sex continues to be an important part of the narrative throughout its runtime. Since its launch in May 2020, HBO Max has become a leading streaming service with a massive cache of erotic and sexy horror movies. If you are interested in these films, here is a list of recommendations that might fit your taste.

Even though slasher films weren’t as popular in the 1990s as in the 1980s, several timeless gems came out during this decade, including ‘I Know What You Did Last Summer.’ It stars Jennifer Love Hewitt, Freddie Prinze Jr., Sarah Michelle Gellar, and Ryan Phillippe as a group of friends who hit a pedestrian with their car on their way to the beach. Believing the person to be dead, they conclude that the best option for them is to dump the body into the water. However, the pedestrian wakes up and attacks one of them. In the ensuing scuffle, the pedestrian falls into the water. The friends promise each other that they will never speak about this to anyone. However, they discover a year later that someone has found out their darkest secret when one of them receives a letter with no return address, saying, “I know what you did last summer!”

Guillermo del Toro’s first feature film, ‘Cronos’ begins with an alchemist in the 16th century. Fearing the Inquisition, he comes to Mexico with the eponymous device, which can give eternal life to its user. After the alchemist dies in 1937, an antique dealer finds the device inside an archangel statue. After he accidentally activates the device, he discovers that time seems to have gone back for him. he appears to be much younger, and his sexual appetite has significantly increased. However, as the antique dealer soon learns, he must pay a terrible price for immortality and ever-lasting youth.

‘The Lure’ is a Polish musical horror film that reimagines the fairy-tale ‘The Little Mermaid.’ The story takes place in the 1980s. Mermaids Golden and Silver come to the land and form a two-piece musical act, the Lure. Silver develops romantic feelings for Mietek, a musician she meets. However, Silver and Golden are soon warned by Triton, another sea creature living the life of a musician, that if Mietek rejects Silver’s love, she will turn into sea foam.

Directed by Edgar Wright, ‘Last Night in Soho’ is a story about murder, time travel, and the glitzy nightlife of the 1960s. Ellie Turner is a modern girl who dreams of becoming a fashion designer. She comes to London to study at the London College of Fashion and begins living at a bedsit, where she grows close to its owner. One night, after falling asleep, Ellie discovers that she has traveled back into the past, where she encounters a glamorous woman named Sandie. Inspired by Sandie’s sense of style, Ellie makes herself look like her. She also comes to believe that Sandie was murdered in the past.

Very few modern filmmakers possess the artistic vision that Robert Rodriguez, the director of ‘From Dusk Till Dawn,’ has. Based on a screenplay by Quentin Tarantino, who also stars in the film, ‘From Dusk Till Dawn’ is a delightfully violent vampire movie. The Gecko brothers are notorious bank robbers on the run from the police. They kidnap a family and force them to get them across the Mexican border. Once in Mexico, they visit a strip club called the Titty Twister, where all employees are vampires. 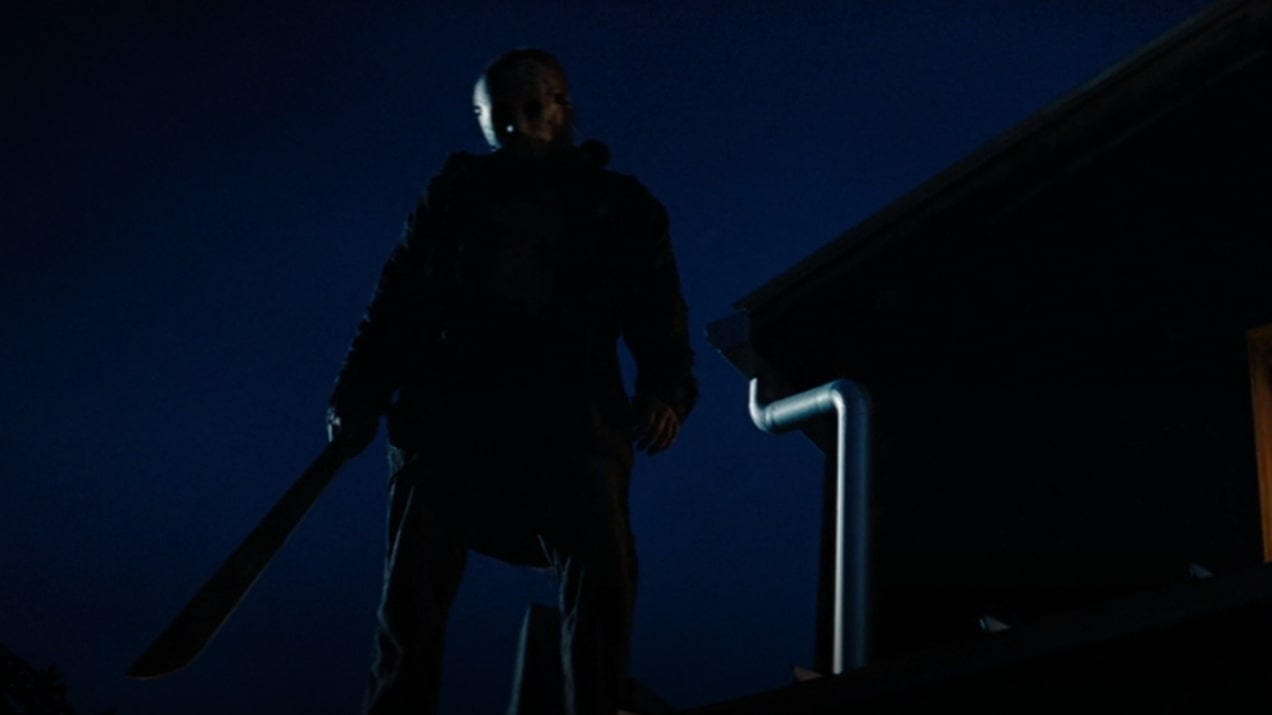 One of the most well-made remakes in the slasher genre, ‘Friday the 13th’ seems to have everything that made the original films great — a copious amount of violence and sex. The 2009 movie is supposed to be a composition of the first four original films and depicts Jason Voorhees in a sympathetic light, though he is still the killer he always was. In 1980, a young Jason witnesses his mother’s death at the hands of a camp counselor. About 20 years later, Jason kidnaps Whitney Miller because she resembles his mother and kills all her friends. Shortly after, Whitney’s brother Clay comes to the camp looking for her and meets a group of friends already there for summer vacation. It isn’t long before the killings begin again.

Wes Craven’s ‘A Nightmare on Elm Street‘ gives an unprecedented slasher villain to the world. Freddy Krueger (Robert Englund) is the spirit of a child killer who now haunts the dreams of his victims. Set in 1981, ‘A Nightmare on Elm Street’ revolves around a group of teenagers who start to have terrible dreams. When one of them dies with unexplainable slashes on her, they realize it is caused by the man they met in their dreams.

Christian Bale is one of the few actors who could have successfully pulled off Patrick Bateman, a psychopath oozing with sex appeal. In ‘American Psycho,’ Bateman is a young wealthy investment banker living in New York. He detests all his colleagues but is forced to maintain an appearance before them. Bateman appears to be inherently evil and has no problem announcing that he is a murderous and soulless psychopath to the world, but the world doesn’t care, effectively becoming Bateman’s accomplice. The film is based on the 1991 namesake novel by Bret Easton Ellis and is ultimately a satire on the corporate world. As the story progresses, the audience starts to question whether what they see on screen is real because Bateman is as unreliable as a narrator can possibly get. Although the film received mixed responses when it came out, it has become a cult classic.