Director Wolfgang Petersen’s ‘Air Force One’ is easily one of the most popular action movies of the 90s. The film has a star-studded cast with the likes of Harrison Ford, Gary Oldman, Glenn Close, Wendy Crewson, Xander Berkeley, and William H. Macy in the lead roles. It follows the President of the United States as he tries to save his family and the plane’s passengers from a group of terrorists who have hijacked a plane transporting them from Russia to the USA.

The film has been praised for its political thriller elements, high-stakes action, and performances. Amidst all the action and thrills, the film delivers a satisfying ending that neatly wraps up the plot. Here’s everything you need to know about the ending of ‘Air Force One.’ SPOILERS AHEAD!

In ‘Air Force One,’ the US and Russian forces apprehend General Ivan Radek, the dictator of Kazakhstan. The nefarious leader possesses nuclear weapons that would have started another Cold War. A few months later, US President James Marshall attends a dinner in Moscow to celebrate the USA and Russia’s newly formed partnership. While returning from Moscow, the President’s plane — Air Force One — is hijacked by a group of terrorists in the guise of journalists.

The terrorists led by Egor Korshunov are Radek loyalists who wish to leverage the situation and engineer a release for their supreme leader. Secret Service Agent Gibbs has been helping the terrorists on the plane. The President is forced to escape in a pod. Marshall’s wife, Grace, and daughter, Alice, are held hostage by Korshunov. However, unbeknownst to everyone on the plane, Marshall remains hidden in the cargo hold, waiting for the opportunity to rescue everyone aboard. Whether or not Marshall manages to save the hostages, his family and himself form the rest of the plot.

Air Force One Ending: What Happens to The President?

Towards the end of the movie, Marshall is able to get most of the passengers on the plane parachute to safety by tricking Korshunov. Only Marshall, Grace, Alice, Chief of Staff Lloyd Shepherd, Major Caldwell, and Gibbs are remaining behind when Korshunov realizes he has been tricked. Marshall is then forced to order Radek’s release. However, just as the terrorists start to celebrate, Marshall single-handedly kills them and retracts his order. Radek is then killed by the prison guards while trying to escape. Marshall flies the plane towards safety, but the plane is badly damaged. 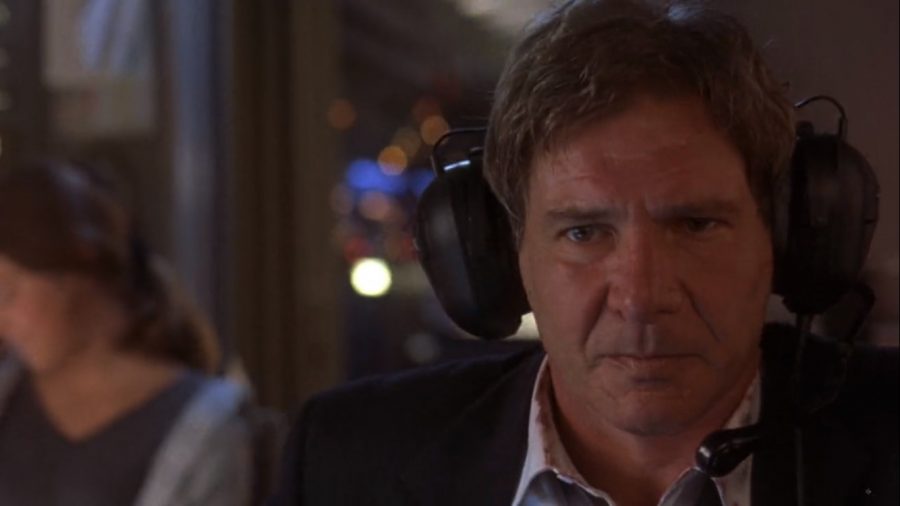 In the end, an HC-130 dubbed Liberty 2 comes in to rescue everyone on board. However, as Marshall’s family and Shepherd are transferred to Liberty 2 by the parajumpers, Gibbs betrays Marshall and kills the parajumper and Caldwell. Marshall manages to wrestle away control of the transfer line from Gibbs. Marshall is safely taken aboard HC-130 as Gibbs dies with the plane which crashes into the sea.

The ending provides a triumphant moment that breaks the helpless hostage stereotyping of political figures seen in action movies. At the start of the movie, Marshall makes a speech wherein he refuses to negotiate with terrorists and promises to act on threats such as Radek sooner. At the time, we are led to believe that the speech was made so that Marshall would benefit in the upcoming elections. However, the ending proves that Marshall is a man of his word and capable of leading by example. It also marks Marshall as an ideal leader and differentiates him from oppressive leaders like Radek, who use others to do their dirty bidding.

Why Did Gibbs Betray Marshall?

From the start of the movie, it is clear to the audience that Gibbs has been working with the terrorists. However, a clear motivation behind his action isn’t mentioned even in passing. We get the impression that Gibbs is an honorless betrayer who perhaps sympathizes with Radek’s cause. He likely feels that those in power have failed to live up to his expectations, and a change is needed. There are no signs to suggest that Gibbs was working with the terrorists under pressure. 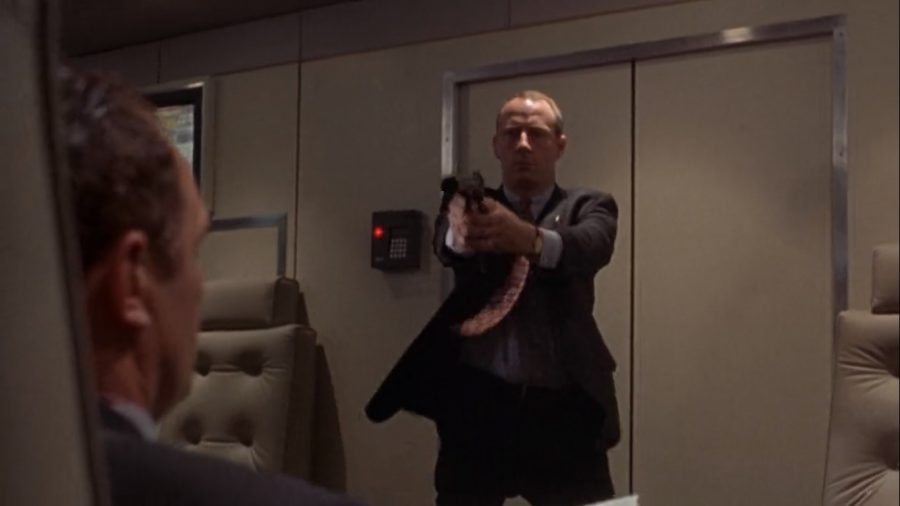 He kills Caldwell and fights with Marshall even after the threat of Radek loyalists is neutralized, which suggests he was working with them willingly. It is possible that Gibbs’ last actions are those of self-preservation as there is only enough time for one more rescue. The overall motive of Gibbs remains a mystery. The lack of a proper backstory reduces a menacing character to a mere plot device. The film’s novelization clarifies Gibbs’ motives by explaining that Korshunov paid Gibbs to betray Marshall, and in turn, his entire country.

How Many Air Force Ones Are There?

In the film’s climax, Marshall safely arrives on the rescue plane Liberty 2. The plane’s pilot then notifies the ground control and air traffic that the President is on board the “Air Force One.” However, didn’t Air Force One crash into the sea just moments ago? Well, Liberty 2 takes on the designation of Air Force One because the title isn’t the name of any particular ship. 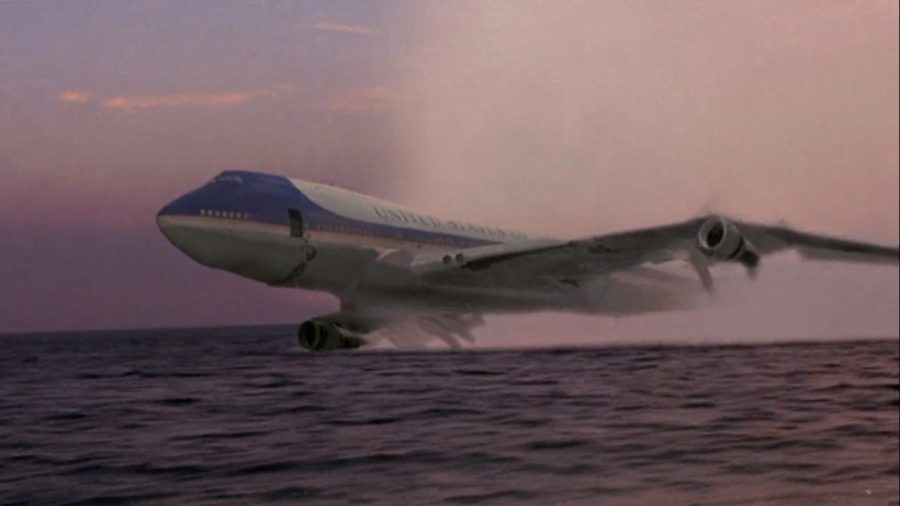 What is the Significance of the 25th Amendment?

In the third act of the movie, Marshall is forced to tell the Russian President to release Radek. At this point, Defense Secretary Walter Dean suggests to Vice President Kathryn Bennett that the 25th amendment should be invoked. According to Section 4 of the 25th amendment, the decision-making powers may be transferred to the Vice president if the President is incapable of discharging his duties. A letter with this intent is then typed, but Bennett refuses to sign it, believing that Marshall can handle the situation. 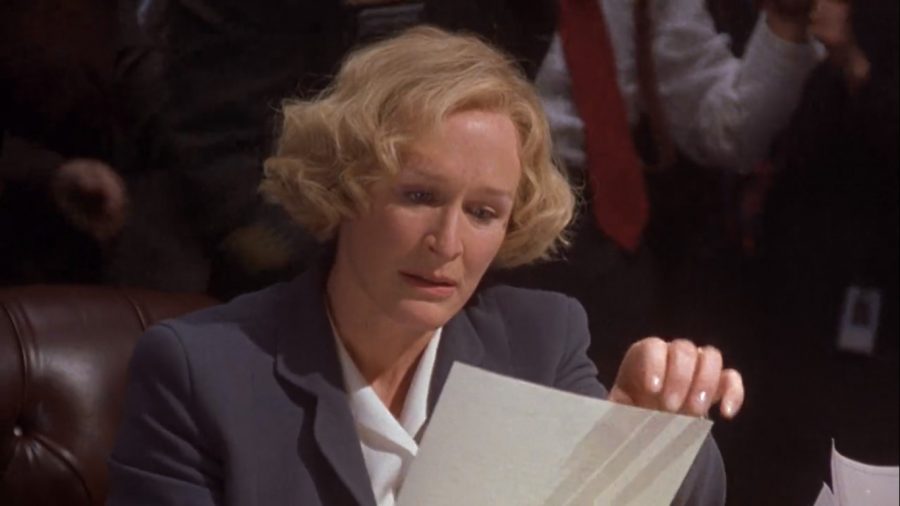 In the end, Bennett tears the letter. The implementation of the 25th amendment would have allowed Bennett to override Marshall’s order to release Radek. However, it would also mean him losing the decision-making powers. The situation gives us an enticing look at the politics that is indirectly induced in such situations. It also helps us understand what is at stake with respect to Marshall’s political career and the consequences of his actions. A failure to stop Radek’s release and the loss of his powers would’ve likely spelled the end of Marshall’s political career.