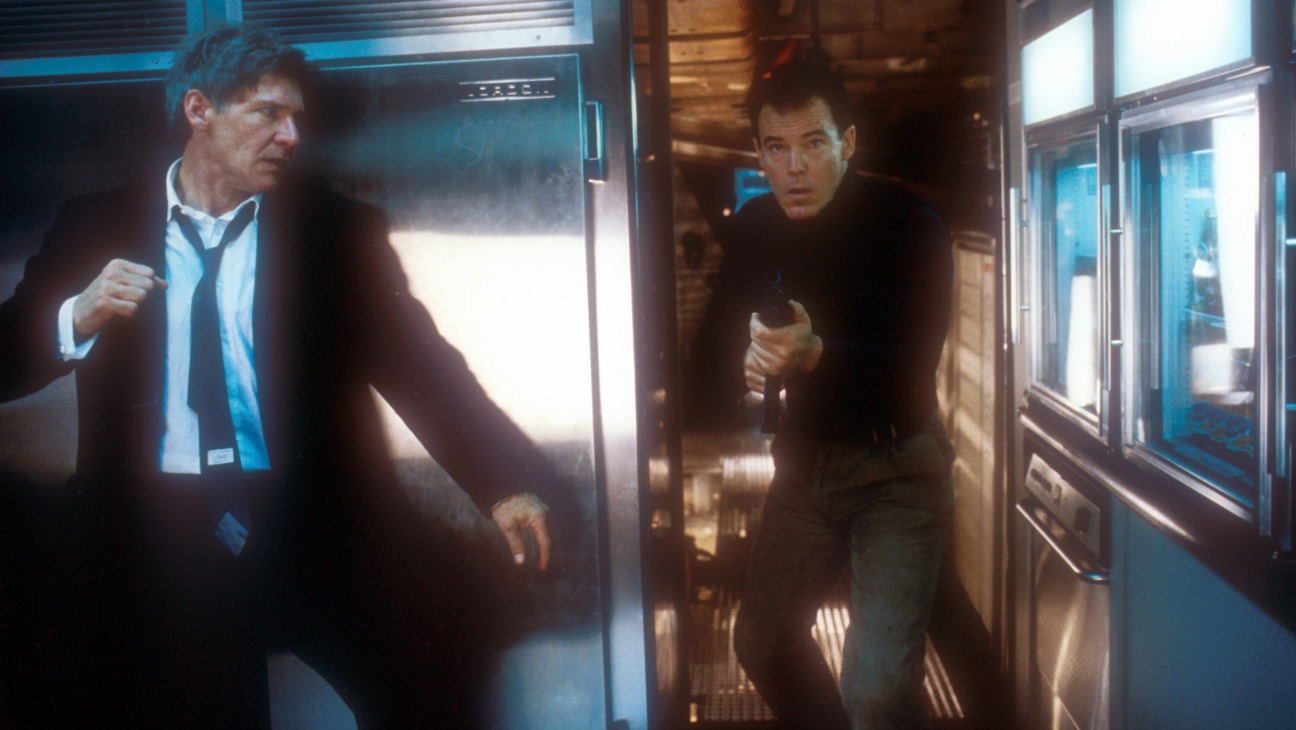 Harrison Ford has created a body of work comprising of some of the biggest films in Hollywood history. Be it action/adventure, thrillers, sci-fi space opera, the legendary actor has left his indelible mark on Hollywood history. Among his many memorable roles, which include Luke Skywalker and Indiana Jones, Ford has also been fantastic in action/thrillers like ‘Clear And Present Danger’ (1994), ‘The Fugitive’ (1993) and ‘The Witness’ (1985). He collaborated with famed director Wolfgang Petersen in the 1997 political action-thriller ‘Air Force One’ which proved to be a resounding success both with the critics and at the box office.

In the film, Ford plays fictional American President James Marshall whose aircraft, Air Force One, is hijacked while he is returning from a state visit to Moscow. Secret agents, as they try to ensure the President’s safety, believe that they have successfully let him escape by putting him in an escape pod and ejecting it out of the aircraft. Little do they know that the President, a war veteran himself, has managed to stay on and is now gearing up to take on the terrorists himself.

There are hundreds of action thrillers that release every year, but few manage to make as great a mark as ‘Air Force One’. Petersen’s masterful direction manages to keep the entire film intense despite having to shoot within the confines of an aircraft throughout the length of the film. If you’re looking for more films from the genre or ones that explore similar themes, then you have arrived at the right place. Here is the list of best movies similar to ‘Air Force One’ that are our recommendations. You can watch several of these movies like ‘Air Force One’ on Netflix, Hulu or Amazon Prime. 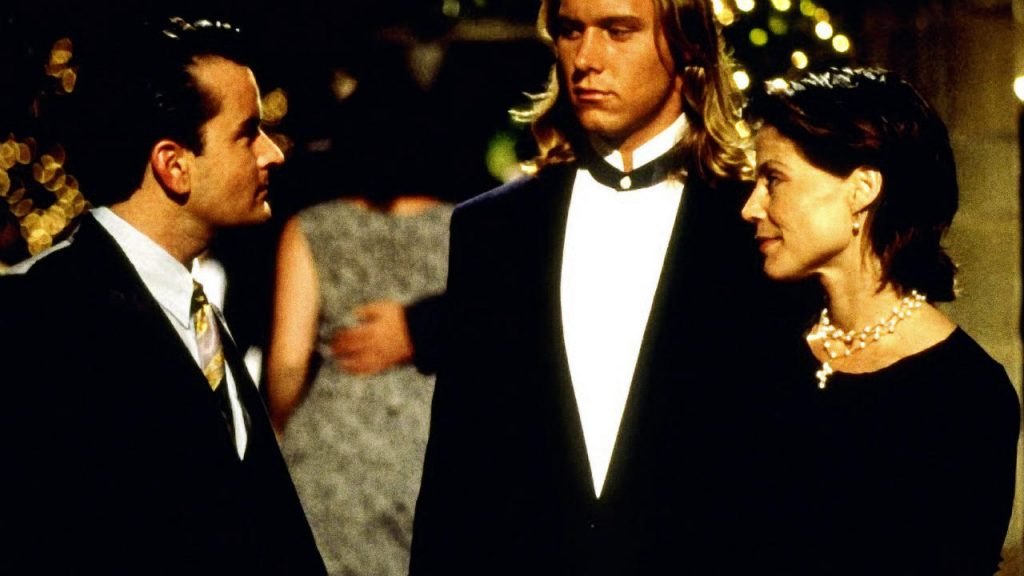 ‘Shadow Conspiracy’ is a political thriller film released in the same year as ‘Air Force One’, with Sam Waterston playing the United States President in the film. It stars Charlie Sheen as Bobby Bishop, one of the President’s special aides who comes to know of a potential political coup to assassinate the President. But before Bobby can warn anyone about what is to come, the danger is already around the corner. Despite Sheen’s heroics the film bombed at the box office and did not manage to impress critics either. It suffers from over-the-top action sequences which do not go well with its overall tone. The writing is also pretty lazy at certain places. 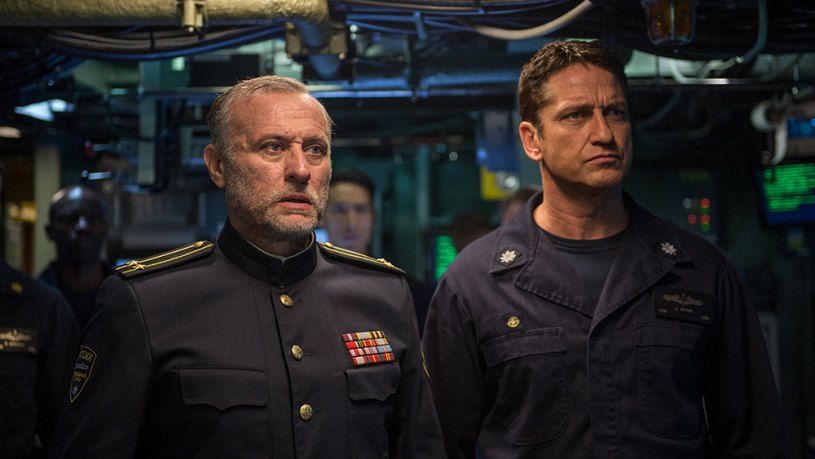 Well, this time it is not the American resident who is in trouble; it is the Russian President who has been the victim of a major coupe which is so serious that it might destroy world peace at any time. It’s now upon submarine Captain Joe Glass to recruit a special group of Navy SEAL officials who have to enter deep into enemy territory and rescue the Russian President before any harm comes his way. The film was panned by critics, but its entertainment factor cannot be denied. There are some authentic performances by the cast led from the front by the great Gerard Butler. There are enough thrills and action in this film to keep you hooked until the end. 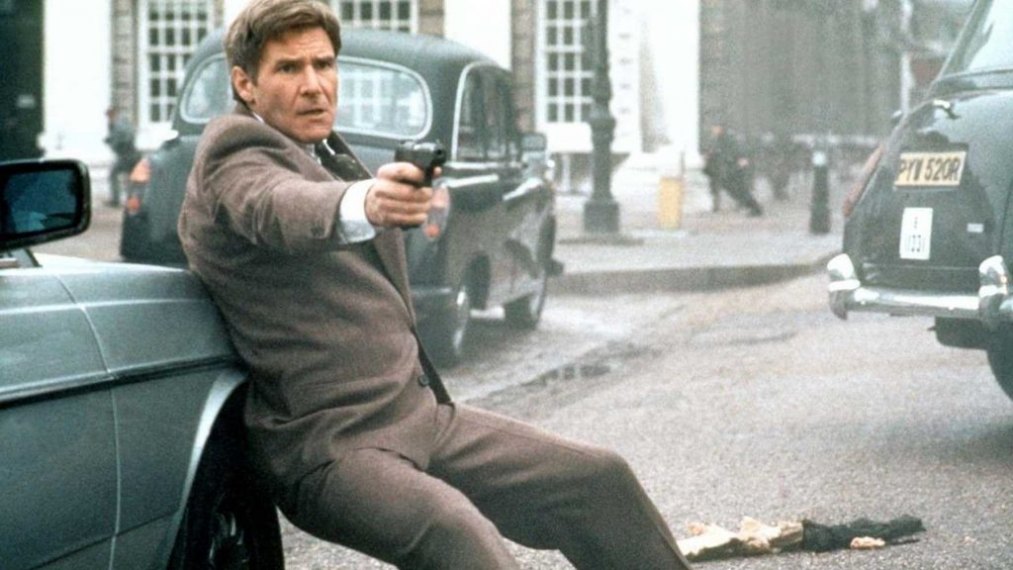 Most of us know about John Krasinski playing the character of Jack Ryan in the eponymously-titled TV series. But were you aware that a series of five films were made based on the Tom Clancy character before the series even materialized? In the second installment of the series, Harrison Ford plays Jack Ryan, who has now retired from his post in the CIA and works as a professor at the U.S. Naval Academy. When an attack is carried out against the British Secretary of State for Northern Ireland, Ryan happens to be present there and manages to protect the dignitary by killing one of the assailants. Now that the terrorists know about Ryan, they plan to take revenge for the murder of their comrade by planning attacks on Ryan and family. Ford here proves again how convincing he can be with any role handed to him. It is his presence which keeps us captivated throughout the running time of the film. Despite ‘Patriot Games’ being a captivating watch, it does divert a bit from the original story. 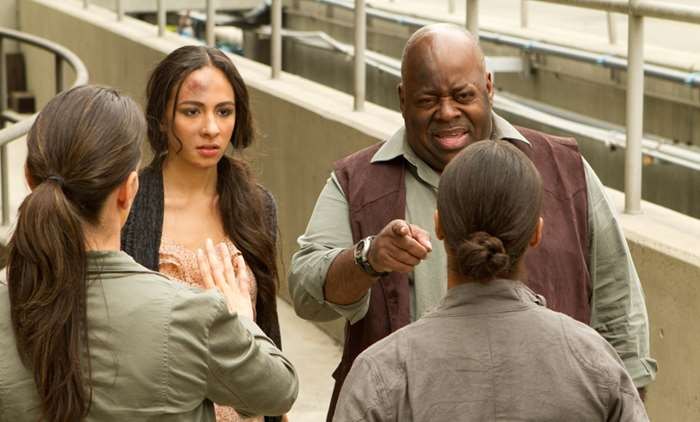 ‘Air Collison’ is one of those films which you have to watch after you’ve left your logic at the doorstep. The film is about a major collision which might happen between the United States’ President’s Air Force One and a passenger plane, if they are not diverted at the last moment. Naturally, the question arises as to why is it such a big deal? Why can’t the plane be diverted? Well, the reason is that an electromagnetic storm has hit the earth, shutting down communications all over the world indefinitely. ‘Air Collision’ has many weird things happening which will bother you at first if you are not up for this sort of experience. But with falling satellites from the sky and CIA agents taking desperate measures to save the president’s life, the movie is definitely something to be talked about. 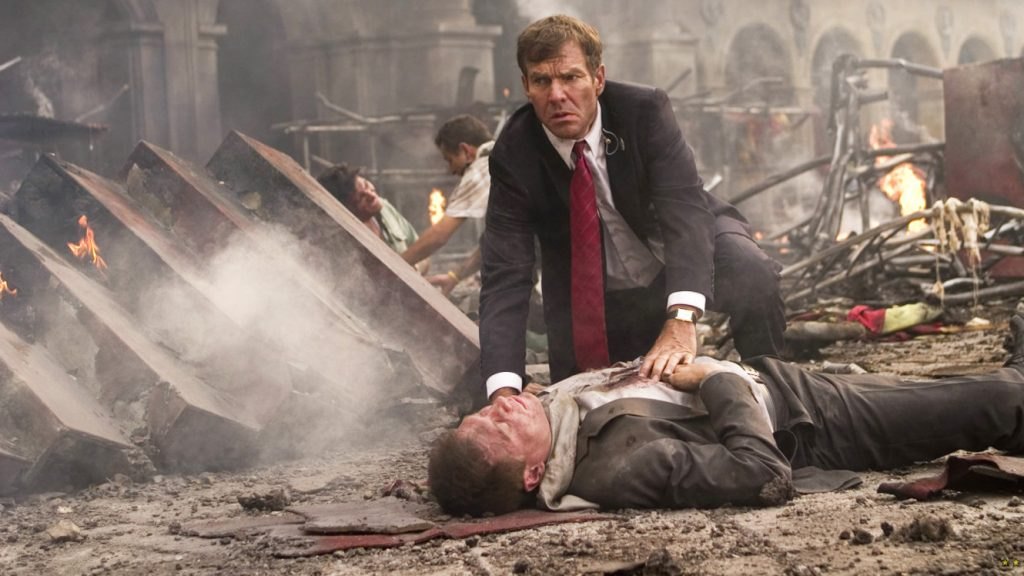 Directed by Pete Travis, this 2008 political thriller is a very unique film. The plot of the film kicks off with a failed assassination attempt on the United States President. In order to understand who is actually the perpetrator of this action, special agents keep reviewing footage from actual crime scenes which offer us different perspectives of the entire scenario. The way the film moves forward can be compared to the Akira Kurosawa film, ‘Rashomon‘ which was the first picture to popularize this multiple-perspective method. Despite its ambitions, the film shows a clear lack of originality in terms of storytelling. Some of the performances are great, which is one of the main reasons why you should watch the film. Dennis Quaid, Matthew Fox, Forest Whitaker, William Hurt, and Sigourney Weaver — all of them impress with their acting chops. 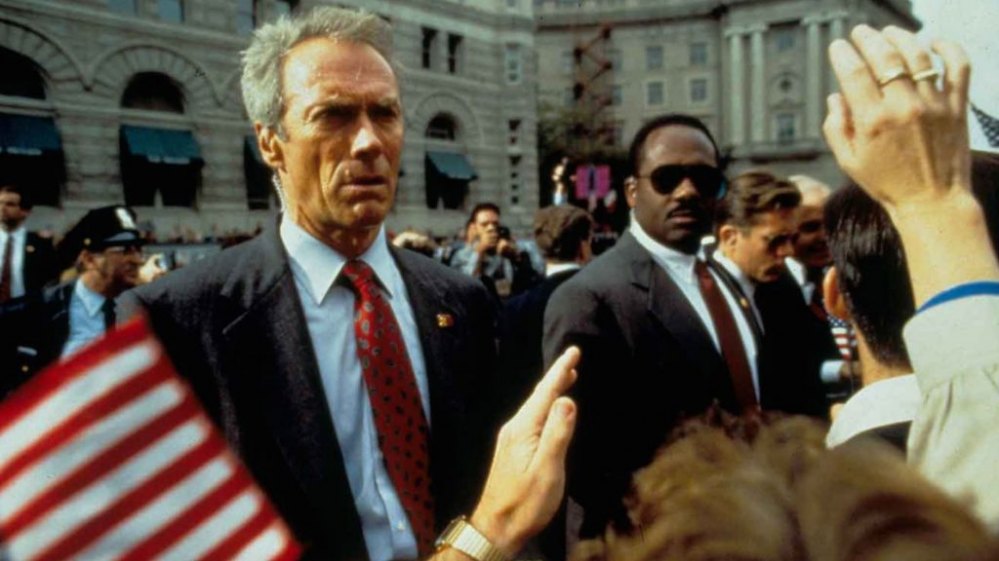 Directed by Wolfgang Petersen, ‘In The Line Of Fire’ is a political thriller starring Clint Eastwood in the leading role as Secret Service operative Frank Horrigan who laments the fact that he wasn’t able to protect President John F. Kennedy from being assassinated. When he receives a complaint about a suspicious man from the latter’s landlady, Horrigan conducts a search which makes him aware that this suspicious man might be upto something truly horrendous. Later, his suspicions are confirmed when this individual, who identifies himself as Booth, calls him up to inform him that he is after the life of the US President. In a last bid to right his wrongs, Horrigan will now go all the way to protect the leader of the free world. This is a thriller which refrains from indulging in stunts, guns and high-flying action, and instead focuses on a person and his tragedies. 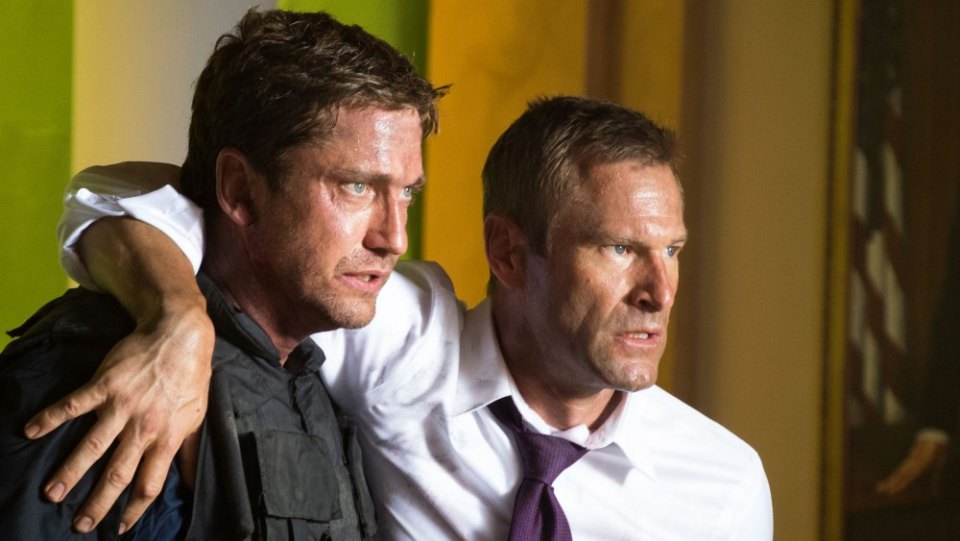 ‘Olympus Has Fallen’ is a 2013 action-thriller starring some Hollywood biggies like Gerard Butler, Morgan Freeman, and Aaron Eckhart. The film centers around Butler’s character, Mike Banning, who has been removed by the Secret Service from the Presidential detail after failing to save the First Lady from her death. Months after this incident, the American President, along with the South Korean Prime Minister, is held hostage by a North Korean terrorist organization at the White House. With many of the Secret Service agents proving to be the allies of the terrorists, it is now upon Banning to save the President’s life. This is a plot we have seen on numerous occasions, and ‘Olympus Has Fallen’ does not really have much more to offer in this regard. What it does offer is a thrilling performance by Gerard Butler in the leading role and some solid action sequences. If you are an action-junkie, this is a must-watch film for you. Some critics have also pointed out that the film has too much in common with ‘Die Hard‘. 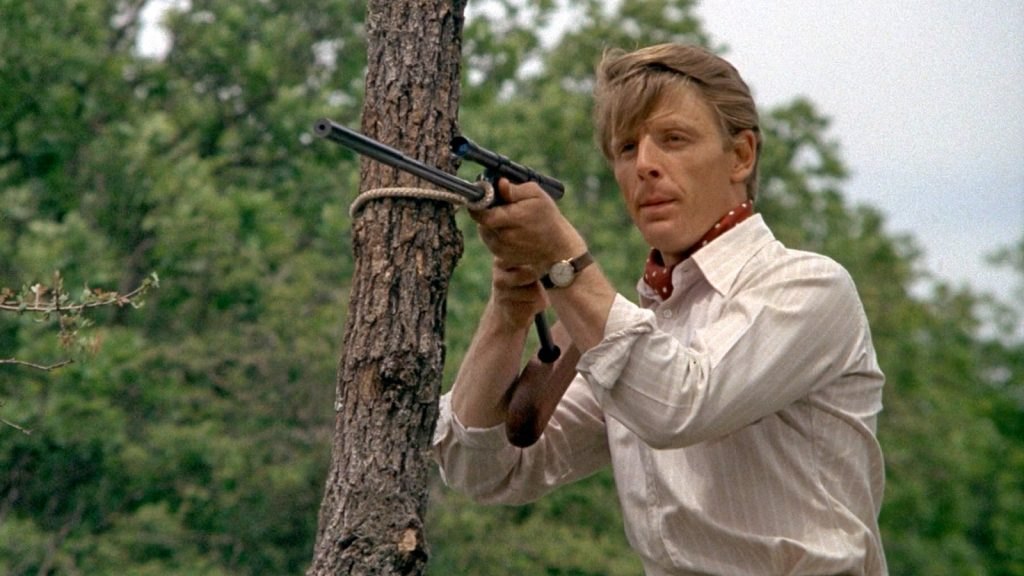 Frederick Forsyth’s novel ‘The Day Of The Jackal’ is one of the most intense political thriller novels ever written, and its 1973 film adaptation does complete justice to the book in terms of keeping the suspense alive till the very end of the film. The able direction of Fred Zinnemann brings to life a fictional account of an assassination attempt on the then-French President Charles de Gaulle by a professional assassin who simply goes by the name “Jackal”. The OAS, a French right-wing terrorist group, hires the Jackal, who goes through an elaborate process to find a suitable chance to carry out the mission. But hardly does he know that the OAS leader has cracked under interrogation and revealed the name “Jackal” to the French police. Although it’s more of an assassin’s account, this film deserves a place on this list as it is one of the most important political thrillers of all time.