Angelyne Ending, Explained: Who is the Real Angelyne? 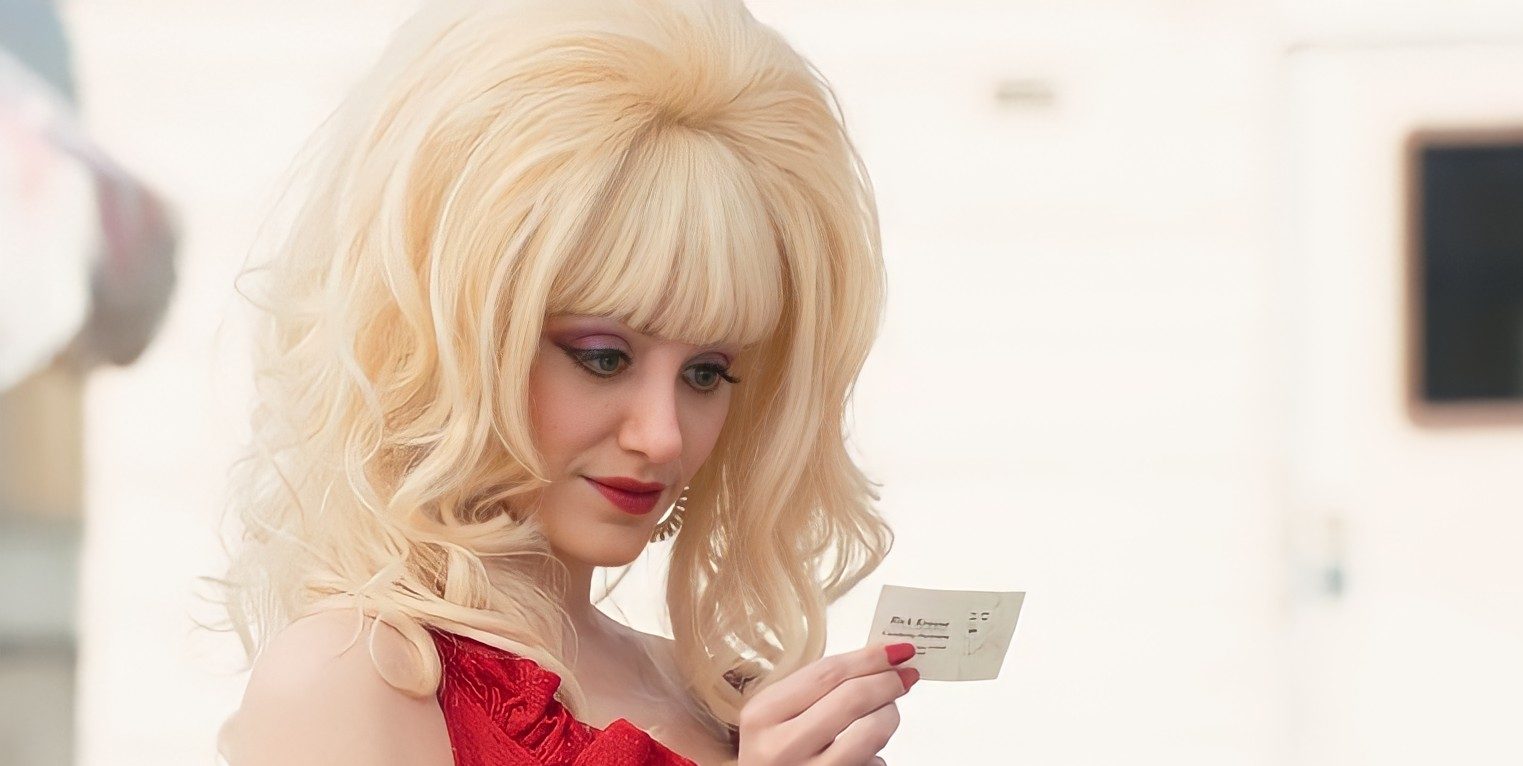 Created by Nancy Oliver, Peacock’s biographical drama series ‘Angelyne’ follows the life and fame of Angelyne, a renowned singer, actress, model, and media personality. Starring Emmy Rossum as the titular model, the series focuses on the rise of Angelyne as a celebrity, her mysterious past, and her intricate relationships with the people around her. Inspired by Gary Baum’s The Hollywood Reporter feature, the limited series unravels the hidden truths behind Angelyne’s life. The show ends with several questions raised concerning the past and real identity of the icon. If you are up for a detailed look at the same, you are at the right place! SPOILERS AHEAD.

‘Angelyne’ begins with Jeff Glaser trying to discover the real identity of Angelyne, a person who astoundingly appeared on several billboards in Los Angeles. In the late 1970s, Angelyne meets Cory Hunt and joins his band named Baby Blue. She uses her photos for the promotion of their music and eventually becomes the face of the band. Cory proposes to her after gifting her a car. Angelyne keeps the car but rejects Cory. Meanwhile, she starts to appear on billboards, “advertising herself.” She meets Harold Wallach, a printer and businessman, who starts to put up billboards featuring Angelyne after becoming her business associate.

Gradually, the people of LA encounter several billboards featuring Angelyne. Her popularity grows irrespective of national boundaries as international news reporters arrive in LA to cover the “Angelyne phenomenon.” Her professional relationship with Harold infuriates the latter’s daughter Wendy since her father is always engaged with the celebrity. Wendy stars in a television show but the same get canceled after the first season, further increasing her misery. Danny Katz, Angelyne’s ex-husband, comes to know about his ex-wife’s transition while he is in Morocco. He arrives in LA and meets Angelyne to drop off some of her personal belongings, only for her to dismiss him.

Max Allen, an aspiring filmmaker, decides to make a documentary on Angelyne’s life. When Max contacts her, she accepts but insists that the making of the documentary can only happen as per her instructions. Angelyne makes Max pay everyone involved with the documentary production but he fails to acquire any usable footage. Exhausted and annoyed, he sets out to make the same on his own terms. They end up involved in an arbitration to settle the dispute. During the proceedings, Max reveals Angelyne’s real identity.

Angelyne Ending: What is Angelyne’s Real Identity? Who is Jeff’s Source?

When Angelyne continues to trouble Max regarding the production of his documentary, he starts an expedition to collect whatever information is available concerning the mysterious icon’s past life. He finds out that Angelyne is really Rachel Goldman and was born in Poland to two Holocaust survivors. The Jewish family, which included Rachel’s father, mother, herself, and a younger sister, moved to California. After settling in California, Rachel started to date Danny. Rachel’s father was severely strict towards his daughters and made their lives hard, especially by remarrying when the sisters’ mother died. She eventually married Danny but their life together lasted only around a year.

Angelyne/Rachel’s whereabouts in the period between her separation from Danny and her encounter with Cory are unknown to Max. The arbitration ends with Max’s revelation of her true identity and the verdict that states he can complete his documentary by working with Angelyne. However, she makes it clear that she doesn’t want to get involved with the filmmaker again, leaving Max with pivotal information concerning her past. The documents he possesses, which include Rachel’s photographs, birth certificate, etc., become useless all of a sudden.

Thus, Max seeks the help of his private investigator to hand over the documents to Jeff Glaser. Even though Max denies any knowledge of Jeff’s source, it is evident that he directs the PI to the journalist. Max has sacrificed years to make his documentary and he doesn’t want his hard work to go in vain. However, the dispute he has with Angelyne makes it difficult for him to reveal the identity on his own, especially considering the potential years another dispute can rob from his life. Thus, Max hands over the documents to Jeff through his investigator in disguise, so that they can’t be traced back to him.

Does Angelyne Accept or Reject Jeff’s Article? What is the Significance of the Alien Spacecraft?

When Jeff publishes a feature, revealing Angelyne’s identity, her fame rises again. She receives calls after calls from admirers, who assure their sympathy and love for her. Although she initially considers the publication of the feature as a blow, the rise in her popularity changes her mind. She decides against publicly rejecting the feature to not put an end to the sympathies she receives. Even when the feature’s publication marks the victory of Jeff and Max, Angelyne not only loses nothing but gains more admiration. By not publicly accepting or rejecting the same, she also aspires to maintain the mystery around her.

In addition, Angelyne believes that she and Rachel Goldman are two different people. Although her past hasn’t ceased to haunt her, Angelyne’s consciousness has accepted that she is an alien from outer space, who arrived on Earth as Angelyne. She doesn’t believe that she has an earthly past before she arrived on the planet in the spacecraft. The fantasy of being an alien, whose earthly existence is limited to her identity as Angelyne, replaces her real past in her mind. The fantasy of Angelyne’s journey from an unknown planet to Earth in a spacecraft also gets so rooted in her mind for her to not accept “the truth” unraveled by Max and Jeff.

Read More: Did Emmy Rossum Use Prosthetic Breasts for Angelyne?