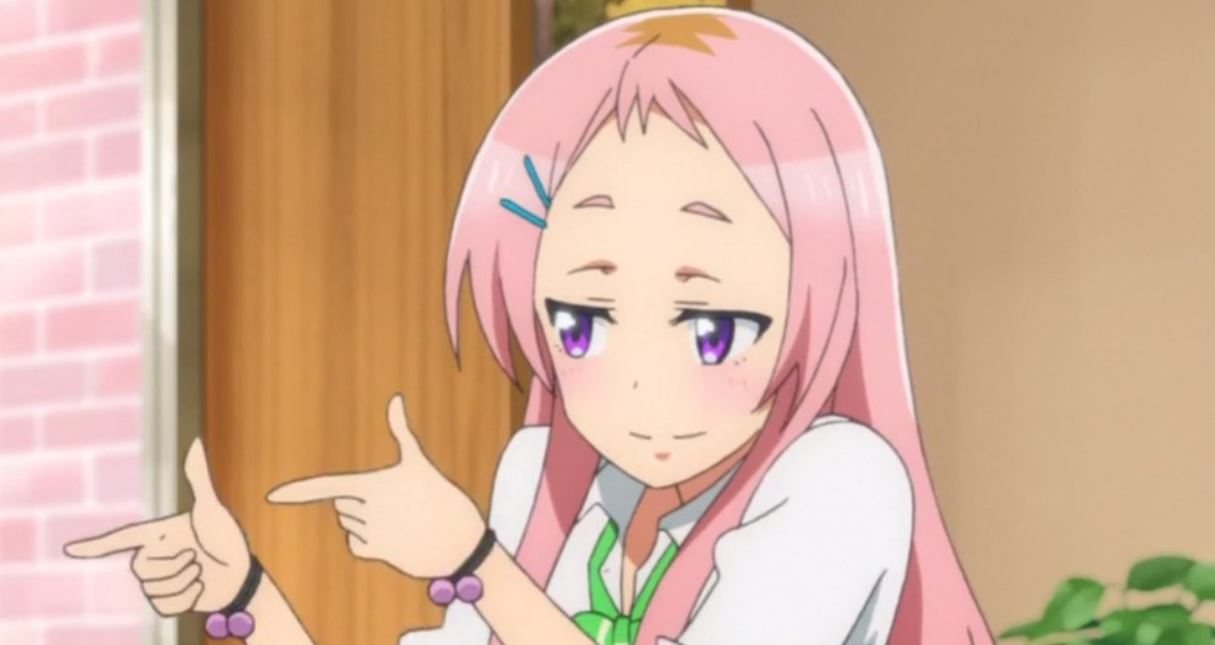 ‘Gamers!,’ as the name suggests, is an anime about gaming and players. The show is very entertaining for those who like romantic-comedies. So, it won’t hurt to give it a try. Here’s the list of best anime similar to ‘Gamers!’ that are our recommendations. You can watch several of these anime like ‘Gamers!’ on Netflix, Crunchyroll or Hulu. 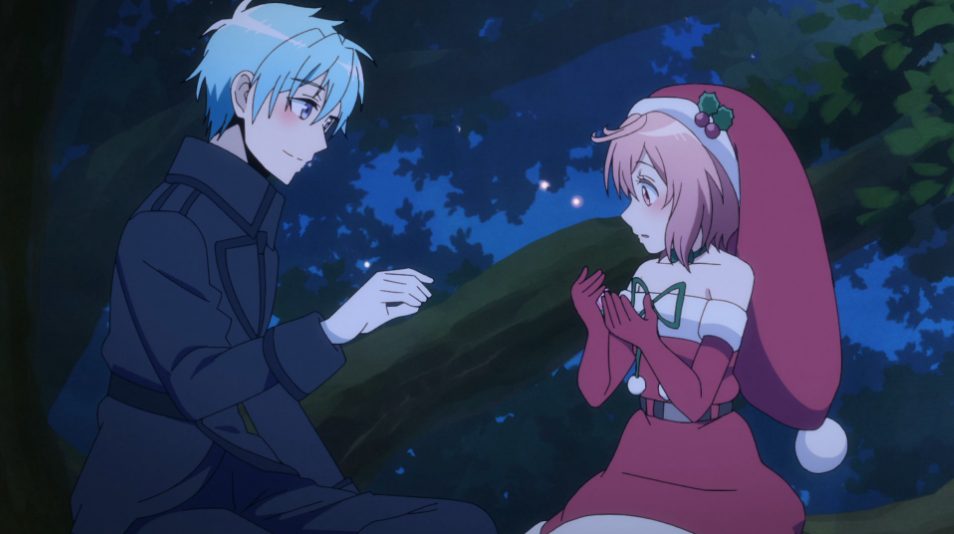 ‘Net-juu no Susume’ is a funny anime based on gaming. The story and the premise is kind of interesting and the character development in this anime is something to look out for. It has good animation and decent visuals. The series has a total of 10 episodes with each episode being around 23 minutes in length. If you enjoyed watching ‘Gamers!’ you will like ‘Net-juu no Susume’ because both deal with gaming, gamers, romance, and comedy. Also, I found it more entertaining than the former. So, yeah do check it out.

Let’s first take a look at our female lead Moriko Morioka. She is 30 and has quit her job of over 11 years in order to be free and happy. To pass her time, she decides to dive into online gaming and creates a character named Hayashi. She befriends another character by the name of Lily and slowly starts getting more and more absorbed into Hayashi’s life. Eventually  Morioka becomes a recluse in real life as her only contact with the outside world through Hatashi. One day she bumps into a stranger, a 28-year-old male (our lead male character). Though they shrug it off as any other chance encounters, it seems they are linked in ways that they don’t yet perceive.

‘D-Frag!’ is another entertaining anime which deals with games and indulges in some genuinely weird comedic situations. It shares several similarities with ‘Gamers!.’ Both are game-related anime featuring lots of acidic humor. The characters of both the anime are intriguing in surprising ways. Both have their main characters getting into a weird situation. ‘D-Frag!’ is a Seinen anime which has a total of 12 episodes with each episode being around 24 minutes in length.

Kenji Kazama is the leader of a three-member gang who try hard to become delinquents and infamous among the students and teachers at the Fujou Academy. But on the first day, they end up doing a good deed by putting out the fire at the Gaming Development Club. You would think good things deserve praise and rewards, right? Nope! In this case, they beat up Kenji’s friends and force him to join the club. Soon, Kenji gets to know that the people who beat him are girls and one of them is the Student Council president while another is a shadow leader. The other girls in the groups have weird personality traits as well. Kenji keeps on trying to leave the club attempting everything he can but maybe there’s something that makes him glued to the Club and its members. 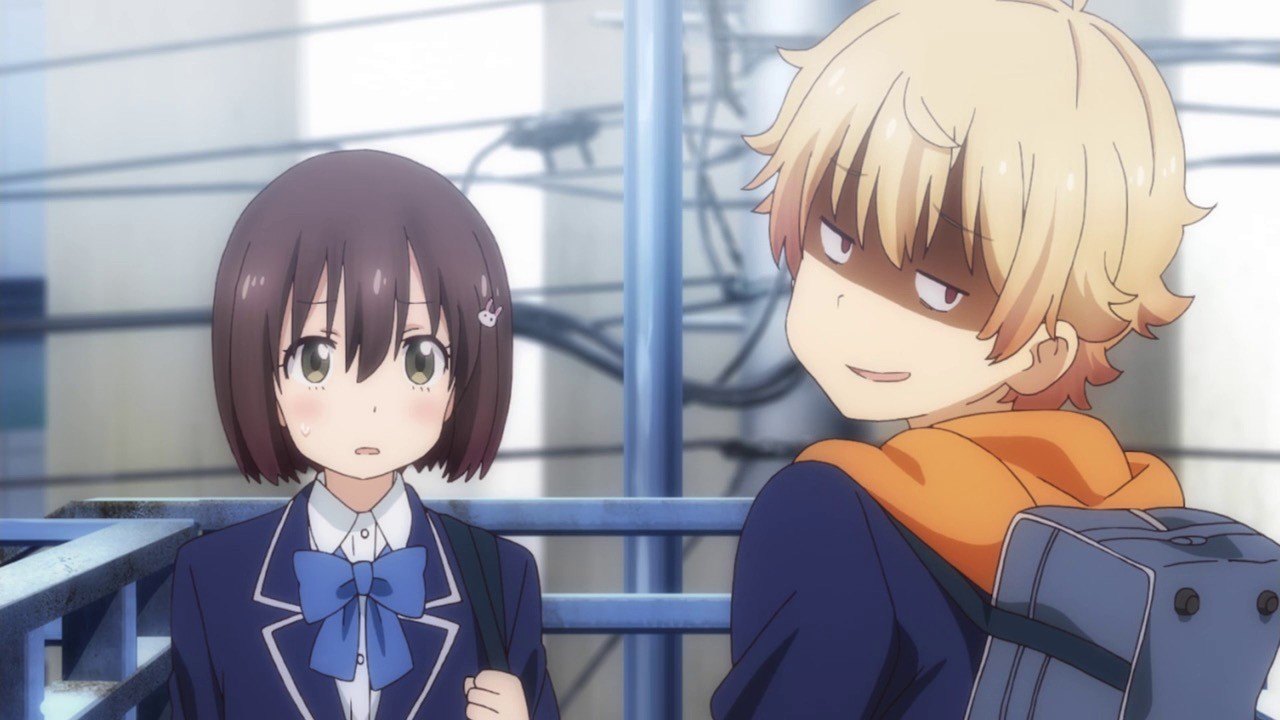 ‘Kono Bijutsubu ni wa Mondai ga Aru!’ is an anime which is set in in the backdrop of a high school and deals with romance and comedy. The series is funny, light-hearted and entertaining while featuring a bunch of interesting characters. It is a series which has a total of 12 episodes with each episode being around 24 minutes in length. The series has certain things in common with ‘Gamers!’ when it comes to the premise. Both the anime are about a group of people who are members of a club. In ‘Kono Bijutsubu ni wa Mondai ga Aru!’ the club is about art while in ‘Gamers!’ it is a gamer’s club. When you watch these two shows you get a similar feel, since the way the humor pans out in every scene and how the characters interact with each other is kind of in the same neighborhood.

The anime revolves around the art club and its members. Mizuki Usami is one of the members of the club. Also, she is the only member who is serious about arts. Other members just don’t care or are plain lazy about the artistic pursuit. Can she pull the club together? Check it out to find the answer. 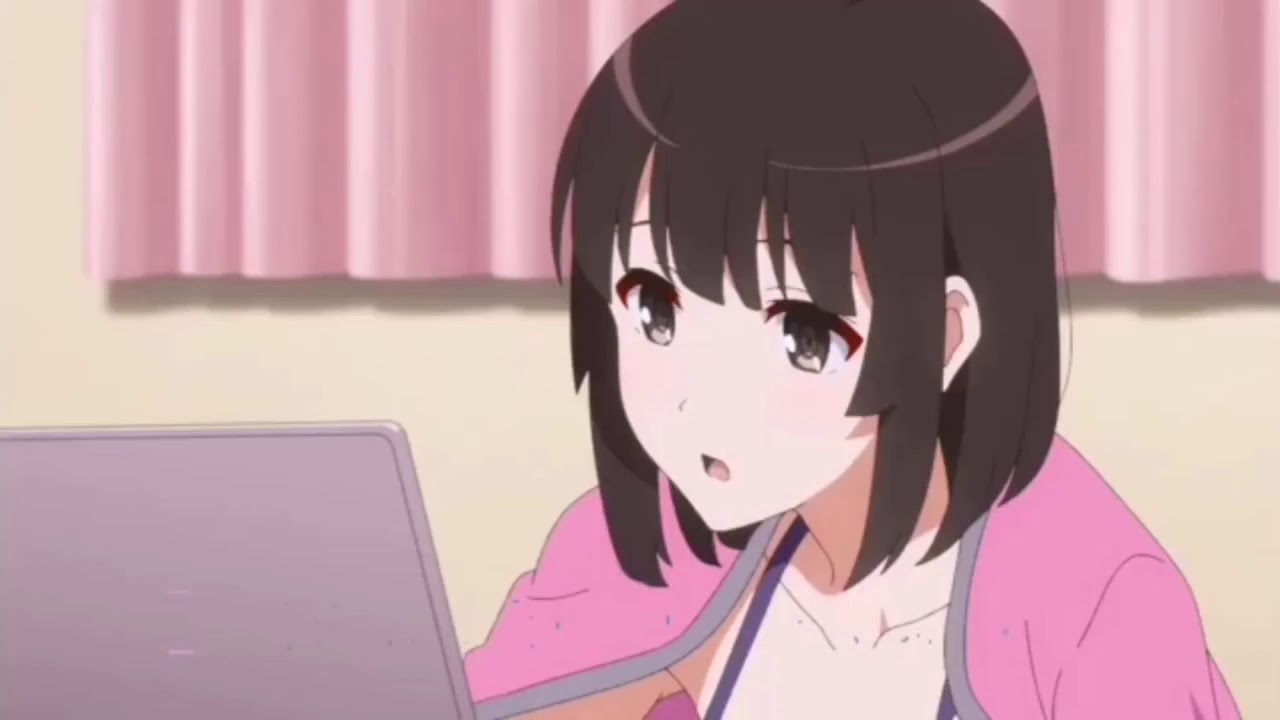 ‘Saenai Heroine no Sodatekata‘ is an entertaining harem-comedy which takes place in a school setting. The show has some Ecchi and fan service stuff too. So, if you like some sexy content in your anime then you can get it here. ‘Saenai Heroine no Sodatekata’ and ‘Gamers!’ have certain things in common when it comes to the premise. Both feature a group of people getting together to do something they like. While trying to build that something they get close and find out about each other and help them through their problems.

Tomoya Aki, the protagonist of the anime is an Otaku. He is passionate about anime and light novels. After years of collecting and being connected to such things, he decides to build his own game which will make his users feel connected. But he knows that to build something of that caliber he needs a team. So, he calls on his acquaintances for help. Eriri Spencer Sawamura joins him as the illustrator while Utaha Kasumigaoka handles writing. Then Tomoya meets the pretty Megumi Katou. He decides to base his main character on her. So, yes everything is complete. But what he doesn’t know is that to make sure that the readers feel the emotions, the creator have to go through simiilar experiences. Can he do that with Katou around? 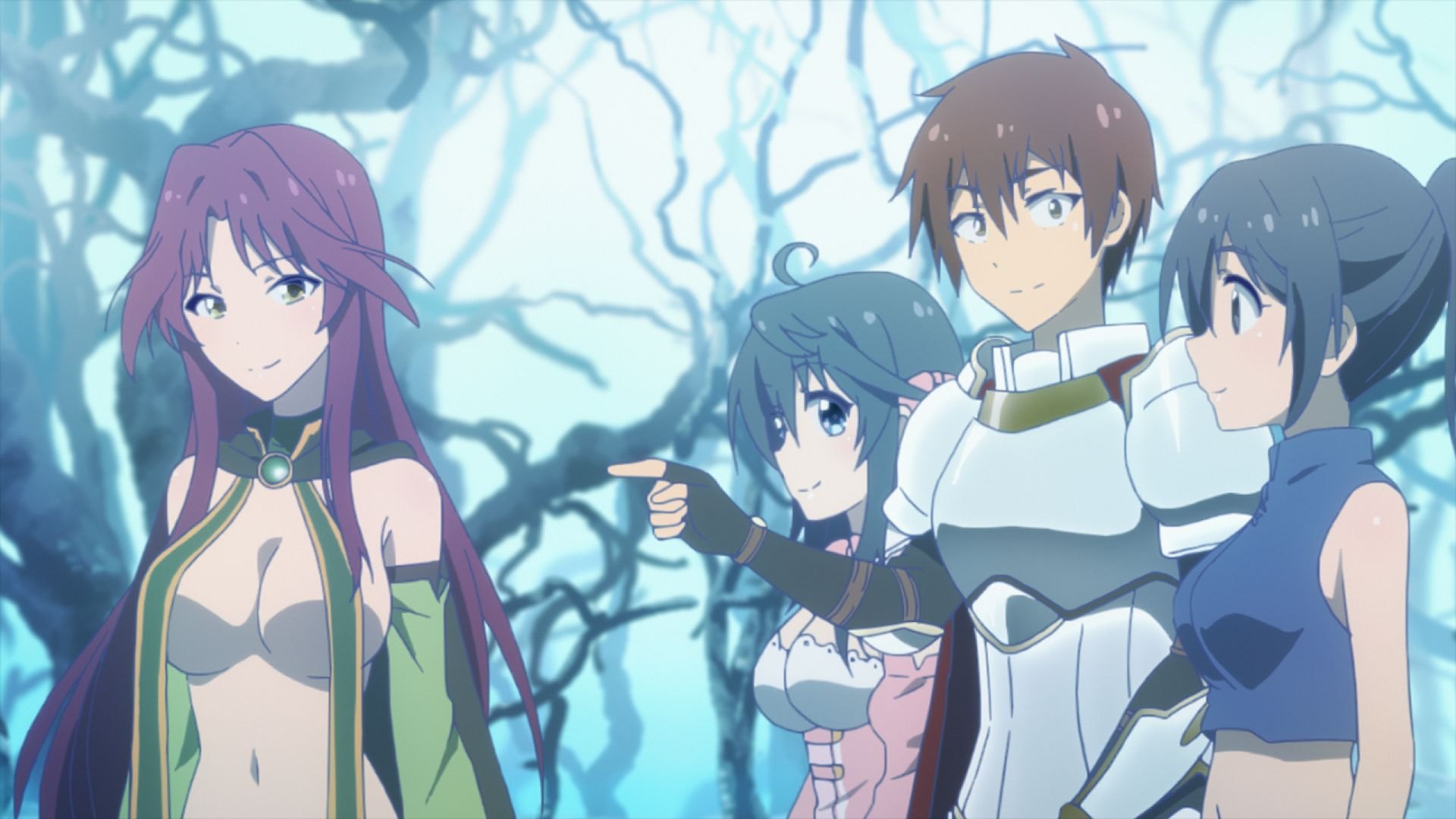 Let’s keep up with this Ecchi theme and move onto our next anime. ‘Netoge no Yome wa Onnanoko ja Nai to Omotta?’ is a romantic comedy which revolves around games and takes place in a school setting. The series has a total of 12 episodes with each episode being 24 minutes in length. Both anime are pretty similar when it comes to the genre and the setting. They both deal with groups of people interested in games and are romantic comedies taking place in a school setting.

Hideki Rusian Nishimura, who is the protagonist in the anime, is an Otaku and a passionate gamer. When he crosses paths with a female character in an online game, he falls head over heels in love with her. The user not only rejects him but reveals that he is male gamer who who assumes a female avatar for the game. Rusian loses his trust in women characters in online gaming after the incident.

Years later, the user of a cute female character named Ako falls in love with him and proposes. Despite knowing the possibility that Ako may very well be a man in real life Rusian, he entertains the proposal. One day, the guild members of the game decide to go out in real life and Rusian finds out that not only Ako but all the other guild members are females. Moreover, they are students of his school! So, maybe there’s love in the air for Rusian, right? 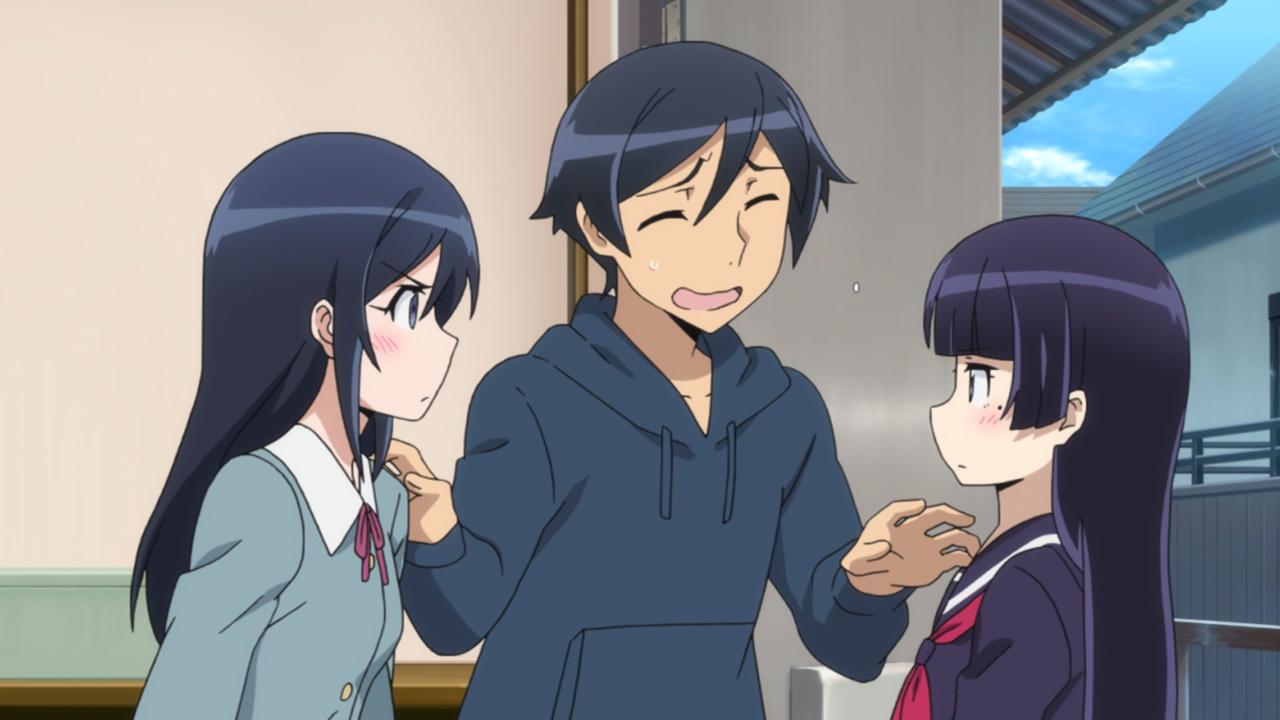 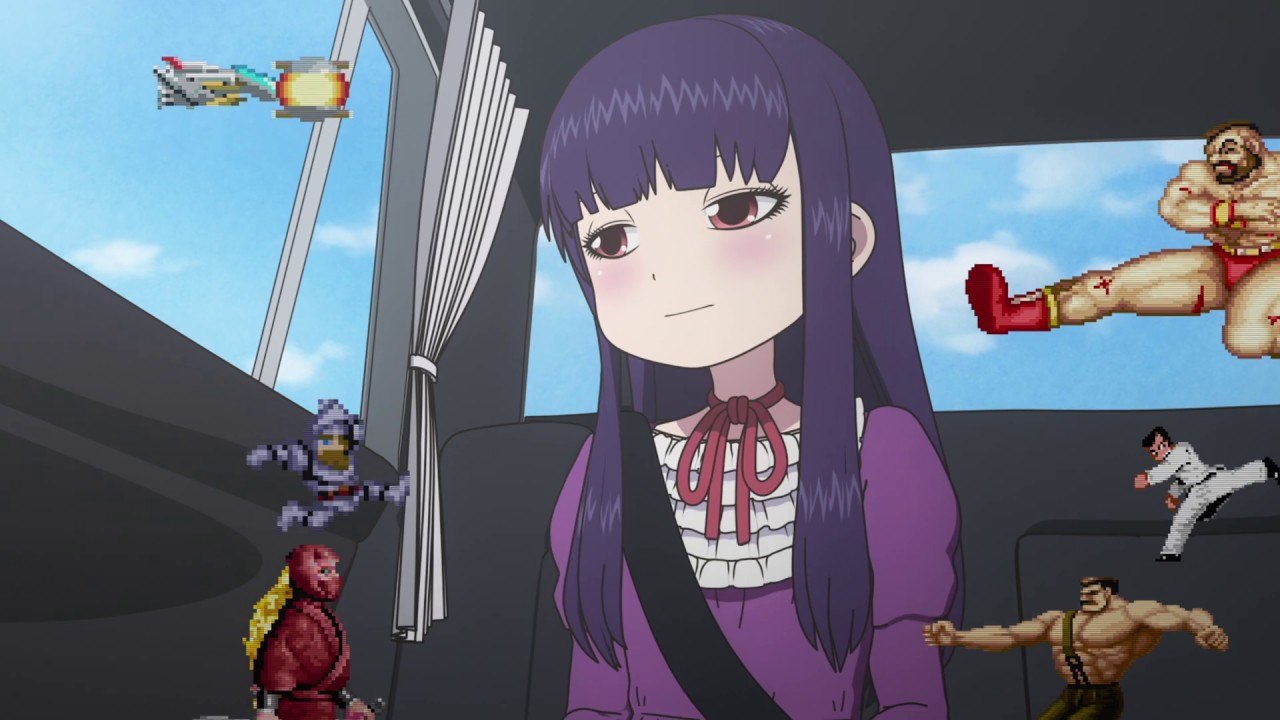 ‘High Score Girl‘ is a surprisingly entertaining anime given the fact that it is quite an unpopular one. The anime came out last year and has a total of 12 episodes with each episode being around 24 minutes in length. It is fun and has a unique animation. In March this year, three OVAs came out. The anime is pretty similar to ‘Gamers!.’ Both the shows are romantic comedies which revolve around gaming and gamers.

We have the lead female character fall for a not so popular guy at the center of the narrative. The anime takes place in the year 1991 when arcade gaming is just starting to get some momentum. So, if you are from that era, this show may make you a little nostalgic about the days gone by. Haruo Yaguchi wants to become a gamer though the public perception is that it is an unconventional career choice. But he is pretty good at gaming and has garnered some street cred in local arcades until Akira Oono defeats him. The embarrassing defeat sparks a deep hatred for  Oono in Haruo’s mind. But it seems even though there might be some distance between them,  things might take romantic turn at any time.