Are Giannina and James From All Star Shore Still Together?

A worthy successor to ‘Jersey Shore,’ MTV’s ‘All Star Shore‘ is a first-of-its-kind reality TV show that brings together a global cast and has them compete in thrilling party games. Interestingly, the cast features 14 personalities from some of the most popular reality shows worldwide, including but not limited to ‘Jersey Shore,’ ‘RuPaul’s Drag Race,’ ‘Love Is Blind,’ and ‘The Circle.’ While these contestants are taken to a beach house to spend a party-filled vacation, their time on the show is decided by their performance in the challenges, and the last one standing gets to win a handsome cash prize.

Giannina Gibelli of ‘Love Is Blind’ and James Tindale of ‘Geordie Shore’ fame appeared to hit it off from the very beginning on ‘All Star Shore’ season 1. However, their romance was seemingly cut short when Blake Horstmann expressed his interest in the ‘Love Is Blind’ Star. Nevertheless, fans are now clamoring to know if Giannina is still with James. Well, fret not because we come bearing answers!

After appearing in season 1 of ‘Love Is Blind,’ Giannina got engaged to Damian Powers. Sadly, the couple infamously split up on the wedding day, although they did get back together. Unfortunately, the relationship never worked out, and the pair decided to go their separate ways in 2021. Even after facing such a massive setback, Giannina kept her heart open. According to sources, she even went on a few dates with several people. Nevertheless, things changed when she finally came across James Tindale while filming ‘All Star Shore.’ 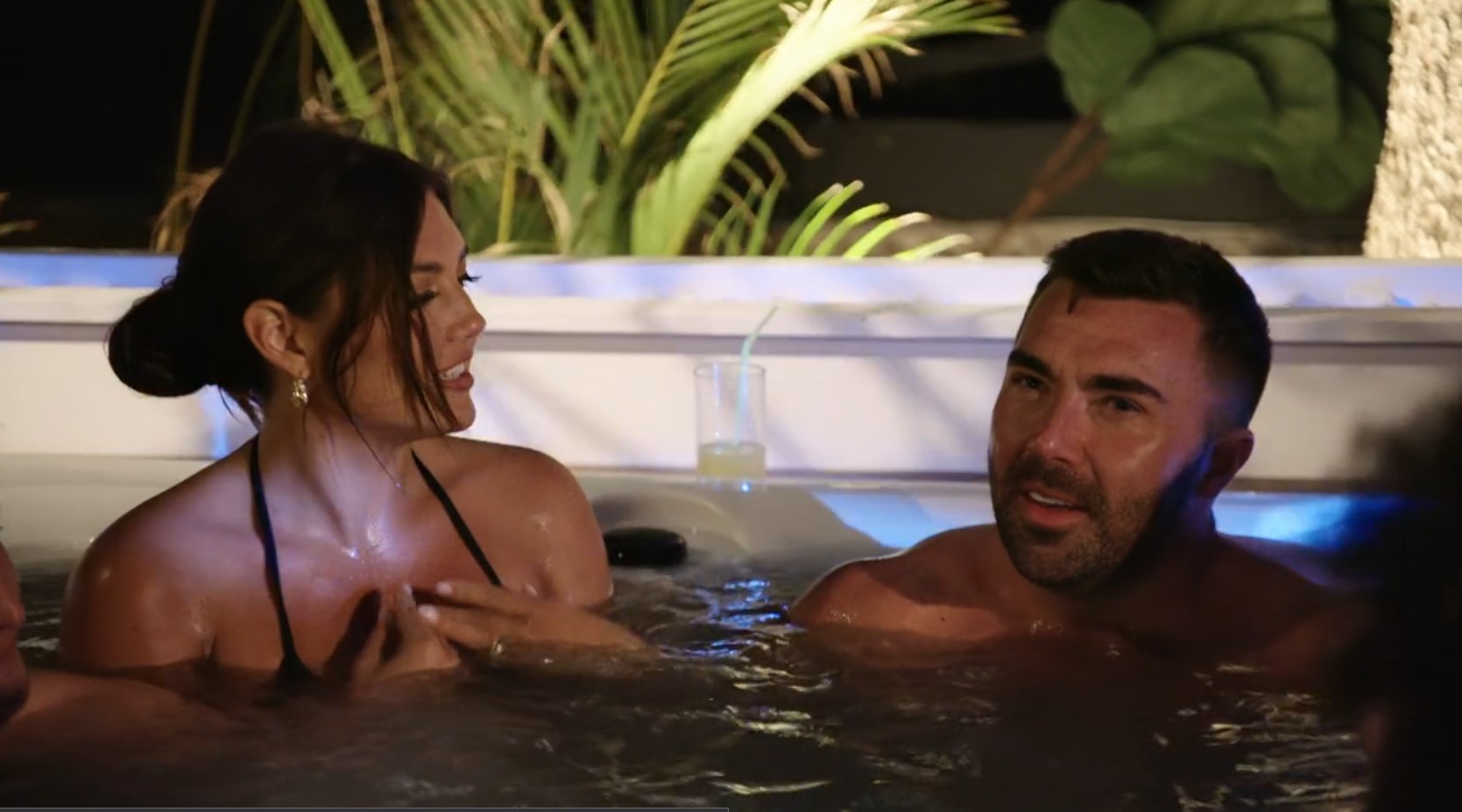 On the other hand, when James first appeared on ‘Geordie Shore,’ he was romantically linked to several popular personalities. Yet, by 2014, he began dating Kate Thorne exclusively and even quit the show since the public attention was affecting his relationship. Regardless, things soon went downhill for the two reality stars. Ultimately, in 2018, James and Kate broke up for good.

Interestingly, James seemed to experience love at first sight when he came across Giannina on the ‘All Star Shore’ sets. He immediately started a conversation with her and was interested in getting to know the ‘Love Is Blind’ star better. Giannina, too, looked quite intrigued by him, and the two appeared to get along quite well. Moreover, they even shared a passionate kiss in front of their co-contestants, which naturally got everyone excited. 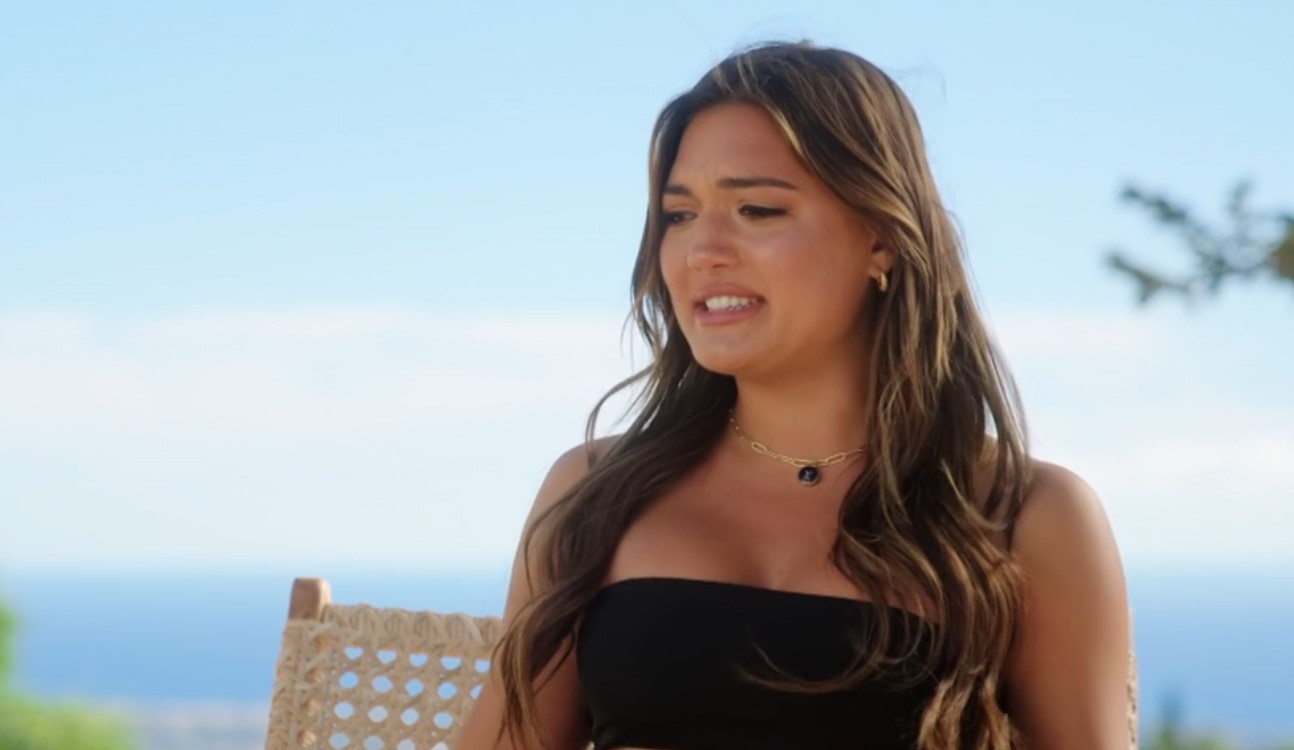 Although James and Giannina seemed quite dedicated toward each other, the ‘Geordie Shore’ star was quite surprised when he realized that Blake Horstmann was pining for the girl he had his heart set on. Since Blake and James were good friends, they decided not to jeopardize their connection and instead talked the issue out. However, it was hard for either of them to give up on their feelings, and eventually, Giannina needed to have the last say on the matter. So, whom did she choose?

Are Giannina Gibelli and James Tindale Still Together?

Fans who shipped Giannina and James together are in for some disappointing news as the pair aren’t together anymore. As things currently stand, it looks like Giannina felt a stronger connection with Blake and chose him over James while on the show. Moreover, the couple has managed to keep their relationship alive even after filming wrapped and are pretty happy together. Interestingly, Giannina had dropped hints on social media about her new beau for quite some time and posted a picture of them together, where she called Blake her “worst-kept secret.”

Besides, the ‘Love Is Blind’ star also confirmed her relationship in an interview with E! News. Talking about meeting Blake for the first time, Giannina said, “I’ve never watched the ‘Bachelor’ franchise or any of that, so I didn’t know who he was. He seemed familiar to me, and he just flashed his big ole smile at me, and that’s how I met him right on the beach.” Unfortunately, James’ luck doesn’t seem to be this good as he is apparently single as of this moment. Still, with Giannina’s chapter now permanently closed, the ‘Geordie Shore’ star is focusing on what the future holds for him.

Read More: Are Bethan and Johnny From All Star Shore Still Together?