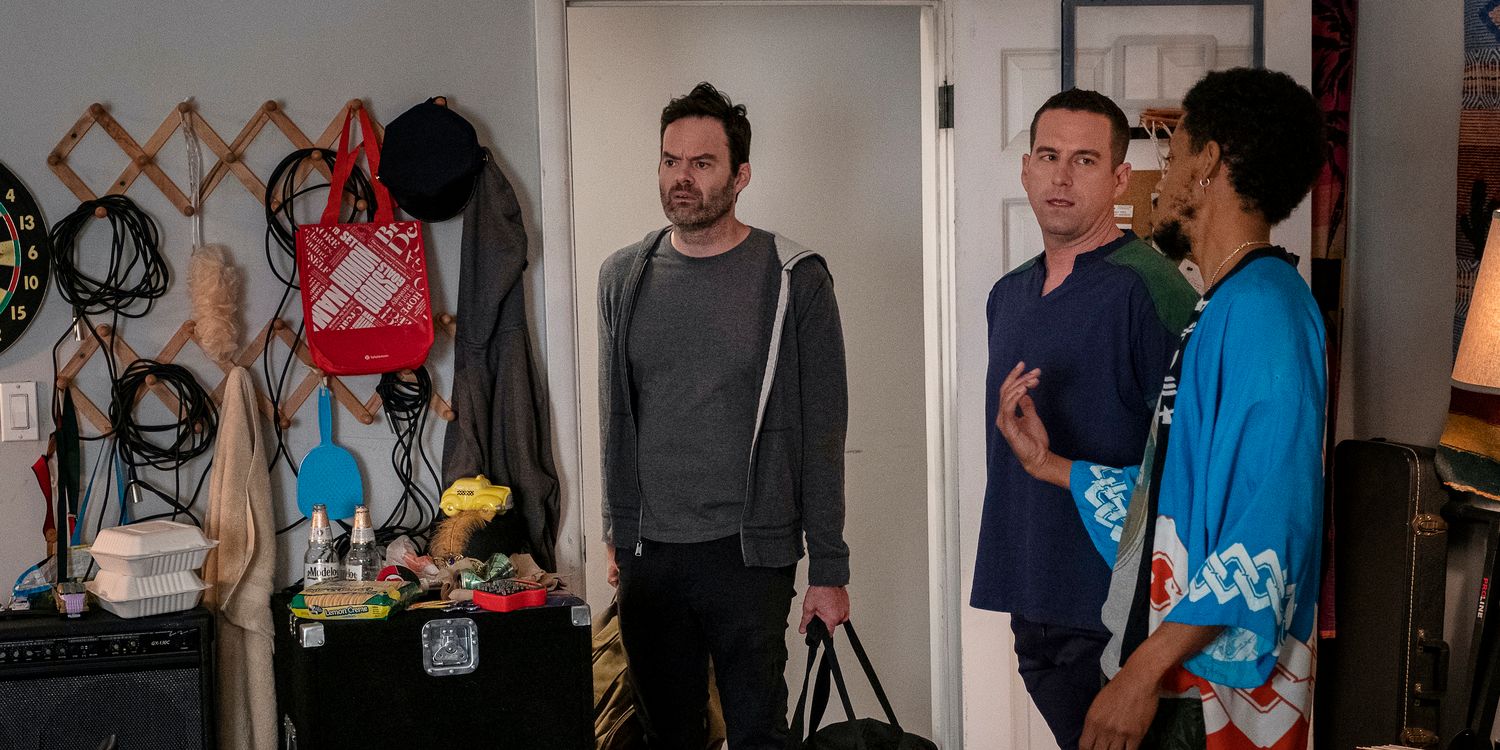 ‘Barry‘ reaches an interesting conjecture as it ventures into the second half of its third season. The fifth episode of season 3, titled ‘crazytimeshitshow,’ puts the titular hitman in the backseat and allows the fallout from the end of his relationships with Cousineau and Sally to drive the narrative forward. While both Sally and Cousineau appear to thrive in Barry’s absence, the hitman turned actor seeks ways to continue his redemption quest.

However, the shocking return of a character tied to Barry’s past, unexpected turns in the city’s mob landscape, and Fuches’ machinations all hint at a terrible future for Barry. Naturally, viewers must be wondering how the episode’s ending factors into Barry’s growing troubles. In that case, allow us to share our two cents on the ending of ‘Barry’ season 3 episode 5! SPOILERS AHEAD!

Episode 5, titled ‘crazytimeshitshow,’ opens with a flashback to Barry’s time with the US Marines, where he helps an injured soldier. The scene quickly shifts to the present, with Agent Albert Nguyen arriving at the LAPD office and meeting Detective Mae Dunn. He emphatically promises to help the LAPD catch Janice Moss’ killer. Meanwhile, Sally wakes up to her face being on the home screen of her show’s streaming service. Later, Sally goes out for a coffee expecting to revel in her newfound fame. However, she soon realizes that her series isn’t showing up on the streamer.

Sally confronts the streaming service’s content head and learns that her show has been canceled. Moreover, the executive gives her a ridiculous reason for the show’s cancelation. Sally has a meltdown in the producer’s office while her assistant tries to console her. Elsewhere, Cousineau capitalizes on the opportunities provided to him by the goodwill generated by his work with Barry. Cousineau starts making amends for his past behavior and apologizes to a producer for throwing tea on him.

Fuches continues to turn the families of Barry’s victims against the hitman pretending to be an actor. Meanwhile, Barry speaks with Hank and Cristobal about his breakup with Sally. The mobsters attempt to empathize with Barry. However, it is evident that Barry has massive rage issues and the two men openly state the same to barry. They advise him to make small gestures to win back Sally’s affection. After Fernando’s death, his daughter/Cristobal’s wife, Alina, arrives in Los Angeles.

At the LAPD office, Nguyen rubbishes the theory of “The Raven” killing Moss. He vehemently presses to interrogate the Chechen mobsters and check whether their stories line up with Hank’s testimony. Alina prepares to launch an attack on the Chechen hideout and ambushes hank at his home. Hank hides in a closet, but Alina finds a picture of Hank and Cristobal, thereby revealing her husband’s disloyalty. At a dinner party, Cousineau realizes that his apologies will never make up for some of the damage he has caused to people in the past. In the end, Barry has a chance encounter with Sally, which opens the door to a possible reconciliation between the two.

In the episode’s final act, Barry arrives at Sally’s apartment to return his keys. However, before he can leave, Sally returns home distraught by the news of her show’s cancellation. A teary Sally asks Barry to leave quietly. However, Barry tries to comfort Sally in a manner that is awkward to watch, knowing the hitman’s background. As Sally expresses her dismay to Barry, her former boyfriend tries to support her. However, how Barry showcases his support is genuinely baffling. He offers to threaten the streaming head who canceled Sally’s show.

As Sally looks on in disbelief, Barry continues speaking, making his suggestion ever more outlandish and disturbing. Ultimately, Sally cracks and asks Barry to leave. It is evident that the disturbing aspects of Barry’s life are seeping into his personality as he continues to act as two different people in front of the world. The moment has a hint of irony as the part-time hitman stands farthest away from turning into an actor, a craft he sees as an escape from his criminal past.

In the end, Sally sees Barry’s demented nature for the first time, and it should be enough for her to distance herself from Barry. Hence, a reconciliation between the former couple seems unlikely. The episode ends with the mother-son duo from the previous episode attempting a hit on Barry that hilariously backfires. However, the moment foreshadows that the hitman is set to be hunted as several forces are plotting to take down Barry. Thus, the episode ends on a compelling note leaving viewers to wonder whether there is another rock bottom for Barry to hit.