10 Best Movie Chases of All Time 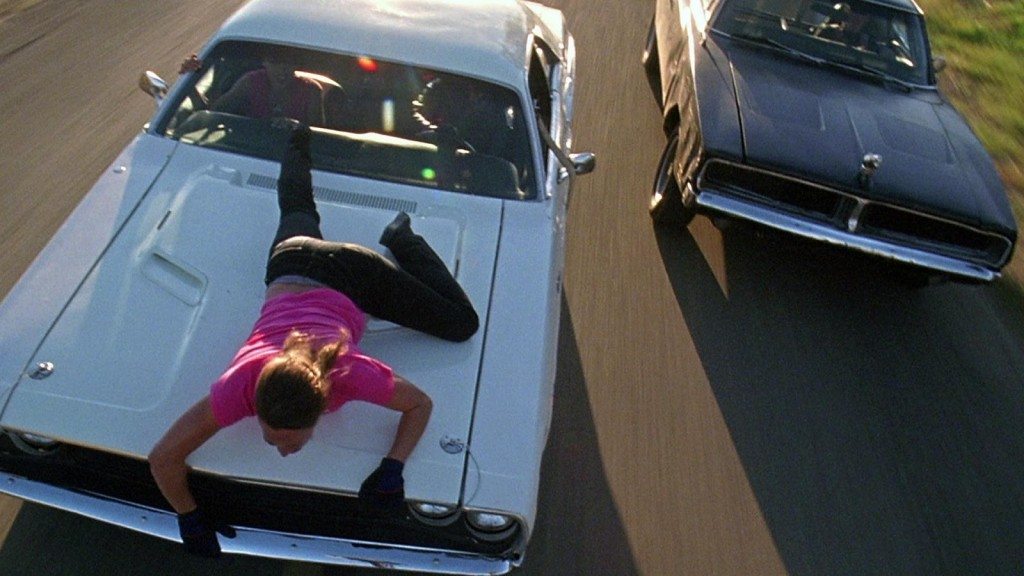 Chase scenes are widely loved. After all, who doesn’t feel the rush of adrenaline in the blood, the hushed silences and the spine chilling incidents they offer. Over the years we have seen several iconic chase scenes, running past each other neck to neck in the final. We, at The Cinemaholic, have assembled a collection of the list of the best movie car chases. We have taken the liberty to also list down other types of chases, like motorcycle chase, truck chase, on-foot chase etc. You can stream many of these car chase movies on Netflix, Hulu, Amazon Prime or even YouTube.

What can be more interesting than a stunning chase scene in a narcotics thriller? Director William Friedkin managed to craft out a memorable moment in this thriller with a 1971 Pontiac and an overhead train weaving through the busy Brooklyn streets. Lead Detective Popeye is hot on heels of a sniper killer Nicoli; the latter managing to board the busy overhead commute and the officer pursuing him in a borrowed sedan. The camera work by Owen Roizman was spectacular, rhyming the thrill to perfection. The first person interjections during tight moments injected the right amount of adrenaline needed without overdoing it a bit. The natural sounds added to the flavor, and the crowded streets gave the ultimate setup for this mad chase. The car looked an exact replica of a damaged one from Grand Theft Auto.

Director Peter Yates’ memorabilia would certainly have this country side muscle car chase at the very top. In Bullitt, SFPD Lieutenant Frank Bullitt gives chase to a couple of hit-men through the lovely streets of San Francisco in powerful Dodge Chargers. The rush is more powerful than exciting, adding to the flavor of the scene. The camerawork was tense, pivoting between the cars, and giving the audience glimpses of the drivers, maneuvering for the kill. The editing by Frank P. Keller has to be, hands down, one of the best works of all time. The way he managed to make the environment a part of the sequence was surreal. Add a shotgun trigger happy thug, and you have a classic car chase scene piled up perfectly.

It would have been a crime to overlook this incredible moment of high voltage spark in perhaps the most iconic chase scenes in modern cinema. The Terminator franchise is one of the most referred to in pop-culture and the point when the menacing T-1000 in an armored truck chases a terrified John Connor on a dirt bike through by-lanes only to be intervened by a strong jawed T-800 Schwarzenegger, has to be the cornerstone of it all. The one-handed twirling of a shotgun, the high speed encounter, leaping Harley-Davidsons and the enormous blasts sum up a perfect chase sequence which will remain evergreen in the generations to come. James Cameron does have a penchant for knocking up iconic scenes repeatedly.

The Bourne series has given us some of the most brilliant moments of action in the recent past, and it holding a nerve-racking chase scene comes as no surprise at all. A hit-man, police, our hero Jason Bourne and the red and blue tiled background of Tangier mix up to provide the adrenaline juice needed for this sequence. Bourne, ditching his bike after a rampant chase through the busy roads, he takes to the rooftops and stairwells to remain elusive to the cops. The barely believable leap across the street onto the unsuspecting hit-man through a window seemed very real somehow. The hand to hand combat saw good killing evil, culminating the dose of adrenaline with a feel good ending. The Tangier Chase provided the ultimate factor in the ultimatum.

Only Alfred Hitchcock can do the unthinkable. A director way ahead of his time, generally known for shooting thrillers and the remarkable mystery he generates with his camera, also managed to capture a brilliant chase scene, with the characters scrambling across the President’s faces etched on Mount Rushmore. The ingenious location, the twilight, steep drops and the famous stabbing violin jabs accompany the protagonists as they play hide-and-seek with the enemy agents, using the stone faces of the erstwhile leaders as cover. Symbolism may be? The spy thriller remains a classic and the Mount Rushmore was never looked at again in the same way as before. Hitchcock has left another of his legacies, this time atop the famous monument in South Dakota.

Director George Miller created a masterpiece from the fourth installment of the Mad Max franchise, setting up a whole new level for action films altogether. And if a shot from that action sequence becomes the cover poster for the film, you know you have done something special with that sequence. The grisly chase scene set in post nuclear holocaust sees a tyrannical ruler chasing his lieutenant who had managed to escape with his harem. The aridness of the desert set up the hard background and the image of Tom Hardy aka Max, bridled like a common horse and tied up was a grueling sight indeed. The tension, fervor and jaw dropping excitement was extraordinary. The brilliant sound track only made things better for the movie.

If any filmmaker or action director is given the task of filming a chase sequence in the busy streets of Turin, Mini Cooper hatchbacks would be the last option. Not with Peter Collinson though. He managed to create a grooving bit with these diminutive cars, snaking around churches, underground sewers, weirs, and Fiat building’s rooftop and culminating in an enthralling stunt driving into a moving lorry. The natural sounds of the surroundings added to the flavor, as the union jack color coded minis startle the bystanders in the caper. The violin interjection was artistic and the synchronization between the cars was top – notch. The whole effect was stylish and had that seductive British flavor which made it wondrous. On a more serious note, some classics are best left untouched.

The swashbuckling, whip wielding and all time famous archaeologist Indiana Jones began his adventure in Egypt, battling the Nazis over the possession of the powerful and mythical Ark of the Covenant. Such a gripping adventure story would certainly be incomplete without a thrilling chase scene or two. The legend, Steven Spielberg never disappoints, dosing us with moments of genius leaving us on the edge of our seats. The point where Indie gives chase to a truck on a horse has to be the crown piece. The intensity of the action propels the entire scene up, and our protagonist with his never-say-die attitude clings on to the scene, using his whip and allowing himself to be dragged along the dusty landscapes. The heart-in-mouth sequence ended with Indiana Jones overcoming the Nazis in a nod to the 1939 classic, Stagecoach. This scene did raid – our minds and the list of evergreen chases.

Quentin Tarantino is an enigma, having a style entirely original and possessing an out-of-the-box vision. Only he can bring about unpredictability in an apparently predictable chase scene involving a couple of Dodges. The ball shifts court frequently and the cars speed for the kill, each trying to outdo the other in what transpires to a complex chase scene. There is no textbook stuff as the cars swerve and unnerve every moment of the ride, sending the audience in a frenzy and latching its status as one of the most iconic chase scenes of history.

The concept of Parkour and its master David Belle unite for a thrilling moment in the French action flick. This chase scene is unique in every sense. Foot chases are relatively uncommon and the audience might feel the lack of expensive cars and zooming less enchanting. David Belle proved that fact wrong with his artistry of Parkour. In an incredible but seemingly easy way, he molded the surroundings to his own advantage, using it to give himself leverage. The thrill was never off the table, feeling itself up the audience as he/she stood transfixed by the brilliance of it all.