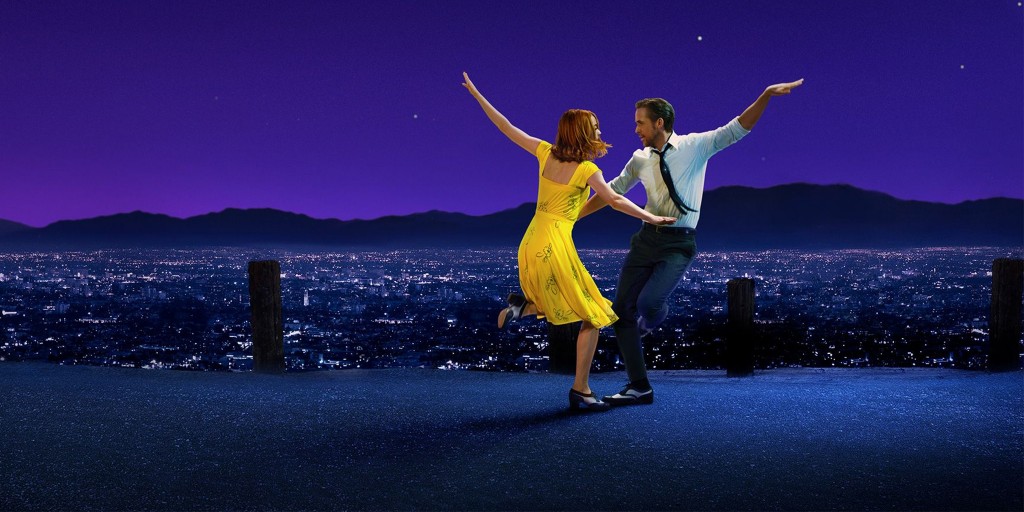 Dancing is a form of expression. It is relaying to the onlookers your mood and peace of mind through body posture and facial expressions. There’s no denying the fact that everyone loves dancing, if not in public, then away from the scrutinizing eyes of the others. Movies have a special relationship with dancing. Classics such as’Singing in the Rain’ and ‘West Side Story’ make extensive use of rhythms and grooves. The industry developed from this transient, yet vociferous rebellion against black and white and silence. It often acts as a reprieve for the audience, detracting them from the film, and taking them to a dreamy land. In spite of all other notions, dancing ought to be viewed as an essential part of a movie.

The unexpected and extreme success of ‘La La Land’ has enkindled a lost vestigial tradition, which might be interesting for us. So here is the list of top dancing movie scenes. I have tried to include a variety of numbers, as if language doesn’t see borders, so does dancing. Of course, La La Land dance scene, Pulp Fiction dance scene and Dirty Dancing dance scene are on the list.

The Coens again managed to get our attention and throw us indifferently into the fancy world of middle-aged and coarse sailors crooning and tap dancing. It also had an element of the story moving forward, with surreptitious briefcase placing among other things. Coming to the perfectly coordinated scene, it’s just unbelievable how well these folks managed to make use of their surroundings. Immense credit must go to the choreographer in this scene for his ingenious use of whites and blacks to draw up an illegible contrast. Go and tap away!

The film that is remembered for launching Jennifer Lawrence into unbound stardom, is also fatuously forgotten for producing one of the most foolish and intense dance sequence of all time. Without any discernible coordination or willingness on the part of the dancers, they managed to convert their indignation at each others shortcomings into an acceptable amount of bodily movement. The dancing is so scattered, you can see the extras laughing in the background. probably the whole crew was. But not these two. Bradley Cooper and Lawrence made sure that it seemed as inauthentic and raw as possible, as the characters were two teetering simpletons.

When the Coen brothers put their head, oh sorry, heads to something, the end result, more often than not, is spectacular. Their movies are generally painted with dark humor and traces of old-fashioned thrills. So expecting a triply fashion-led dance number is fatuous, right? No it’s not. They hit you the hardest when you aren’t expecting it. ‘The Big Lebowski’ was their epiphanuous moment, in which they employed this giant built set and perfectly synced pretty women to do the job. A riveting and satiating experience. Oh, and you’ll laugh.

There was a similar rendition in ‘Perks of Being a Wallflower’, though nominal in ambitions, which acted as the bridge for me to see the original. And after seeing that, the former seemed a mere semblance of the latter. The film, unconventional and scrutiny-ready in all its glory, was a sumptuous treat, a fiesta to be an audience to. The Time Warp is one of those dances with the added convenience of instructional lyrics. The executing style is simple enough, with a jump to the right an a slight overlap from the left. Appealing and convenient, I must add.

8. The Guardians of the Galaxy – Come and Get Your Love

Oh, the beauty with which He moveth. Took away my hearteth, mind and the very soulth. He simply took my breath awayeth. Okay, I’ll stop. Chris Pratt has of late emerged as a charming superstar. His growing repartee is a testament to the man’s skills and hard-work. ‘Guardians of the Galaxy’ employed one of the best opening scenes in recent memory. Using the classic by Redbone, ‘Come and Get Your Love’, Pratt danced his way into our hearts with a sublime display of carefree and smooth dancing. He was so good that it got me up and dancing. And I get up just for one thing: pizza. SO that’s a big statement.

The dirty dancing of Alan Arkin were at its cutest display in this five minute tirade against the judgemental and orthodox morons who question anything who doesn’t have the same herd mentality. And the moment Steve Carell starts clapping, we know something is up. Seeing this affable yet self-destructive family support their littlest warrior in her dance number was relieving and hilarious. I personally was in tears when I watched the scene, and had my father tapping his legs in synchronization on the bed. Now this one is even a bigger statement!

Tom Cruise is perhaps the biggest superstar in the world. His unbridled popularity and love is uncontested by anything human. Still in his nascent stages of his career, he got his breakthrough with ‘Risky Business’, playing a young opulent upper class teenager, who turns his extremely expensive furnished haven into a sprawling and cheap-laden brothel, while his parents spend some “quality” time. The way he slides into frame, with that gold thing in his hand, is truly iconic and invigorating in its essence. A terrific display of bad dancing and the matter of fact that he doesn’t care!

Intensity and perfection personified. This absolute belter of a display of swan like grace and superiority is both fascinating and self-depreciating. I will never be able to move the way those chums did in a million years. Using a gym as the backdrop, and exorbitantly beautiful individuals of both genders, ‘West Side Story’ etched its name in the history books with a tremendously well performed sequences of dancing. The striking thing about this scene is the fact that is was shot in one take, and you can actually hear people in the background talk and shout. Doesn’t get any more personal than this.

4. Dirty Dancing – Time of my Life

The whole movie in my reckoning is a turn on. The sultry way the characters move, and the intimacy with which they gaze into each others’ eyes is simply extra-ordinary. The fact that Grey and Swazye don’t fall in love in real life is a victory. The stage is set, for one last display of exemplary skills and plausible control over one’s bodily senses. The crowd has gathered. The lights have turned on. And the dance begins. And despite our noble intentions and dark desires, it ends. ‘Dirty Dancing’ is one of the most iconic movies of all time, and so is the lift that Swazye executes to perfection. A momentary lapse can be fatal!

There is a funny story behind the conception of this scene. Director Quentin Tarantino wanted the two actors to have two different characters. When Vince twists, he should seem a bit more ridgy and elaborate in the way he moves. Mia on the other hand, was supposed to imitate and move about like the Gabor cats, from ‘The Aristocats’. And boy did they pulled it off. Tarantino was spot on in letting them bring in their own taste to bring the twist out of a lull, and the added twist of them emulating characters. A character in a character. Wait, I was writing about ‘Pulp Fiction’, right, and not ‘Inception’? Poor joke. But never gets old!

‘La La Land’ is easily one of the best musicals ever made. Justin Horowitz’ music, Emma Stone and Gosling’s immaculate singing and dancing, and Chazelle’s direction, made the film a timeless classic that will be remembered in posterity with utter ebullience and reverence. The gnawing banter between the characters, the tapping of the legs, it all just seems so dreamy! The jaw-dropping backdrop of the over hill and some electrifying chemistry made this scene stand out in a film full of stand-out scenes. Even the opening scene of ‘Another Day of Sun’ was perfect. But you can’t get too greedy now, can you?

This one is for the ages. Quite simply, the best movie dance scene ever.