12 Best Nintendo 64 Games of All Time 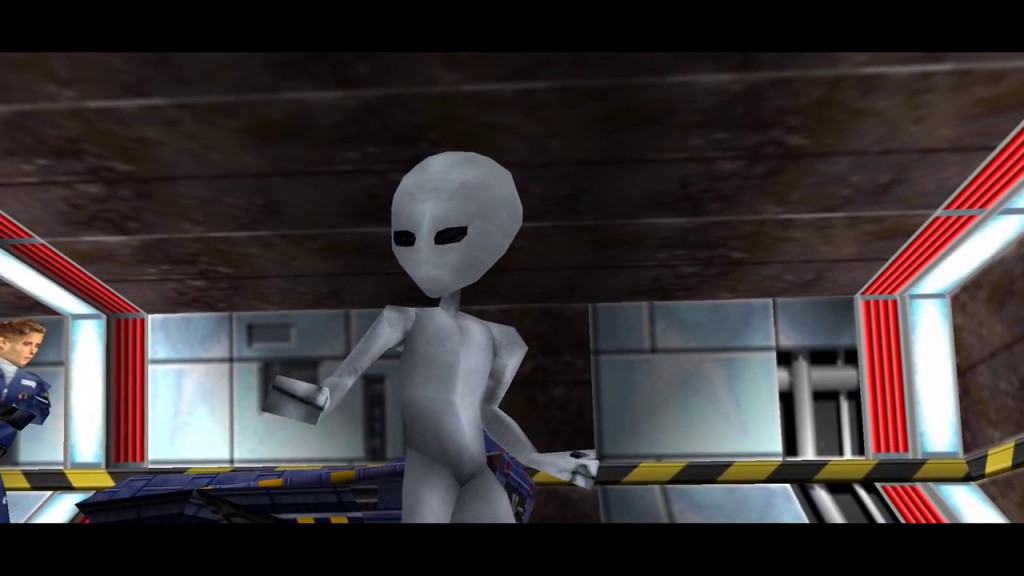 The Nintendo 64 (N64) still stands as one of gaming’s unquestionable landmarks. It was the Japanese giant’s first foray into 3D and as its name suggests, the N64 incorporated 64-bit video games for the very first time. The result wasn’t just an excellent gaming system that would go on to have a stellar library of titles. It was much more than that.

The N64 would go on to define 3D gaming as we have come to know it. To this day, its techniques and its flagship game (which we’ll talk about later) have defined how games are rendered in three-dimensional environments. Without further ado, here is the list of best N64 games ever. You can play many of these games online. 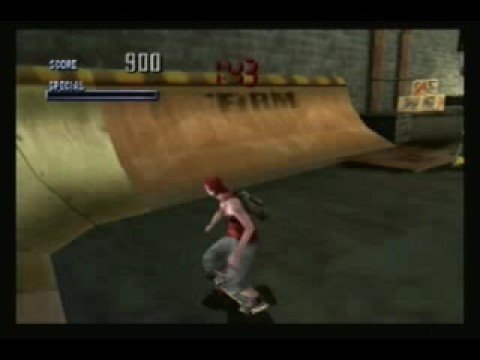 Even if you didn’t know a single thing about skateboarding, you’d have been a pro by the time you finished with this gem of a game. There was some undeniable trepidation at the time of its release. Players were apprehensive about a PlayStation game getting ported over unsatisfactorily to the N64. All fears were led to rest once the game came out. While a few minor features such as video walls weren’t present, it had far better graphics, and much more rooted gameplay mechanics. The environment was crisp, and the soundtrack out of this world. Expect hours fly away when you dive into this one. 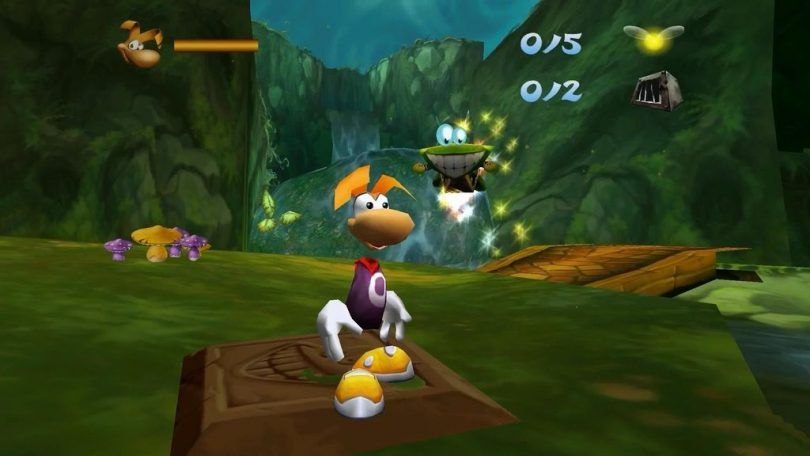 The brash and hilariously chaotic ‘Rayman’ franchise was among the first to depict what had previously been a 2D environment into 3D. Almost 20 years down the line, and its safe to say that ‘Rayman 2’ was a great success. It made the leap from 2D to 3D impressively. Couple that with differently designed levels that kept the gameplay fresh, and our protagonist’s unique abilities that lent themselves well to great platforming sequences, and we have one of the best platformers on the N64. 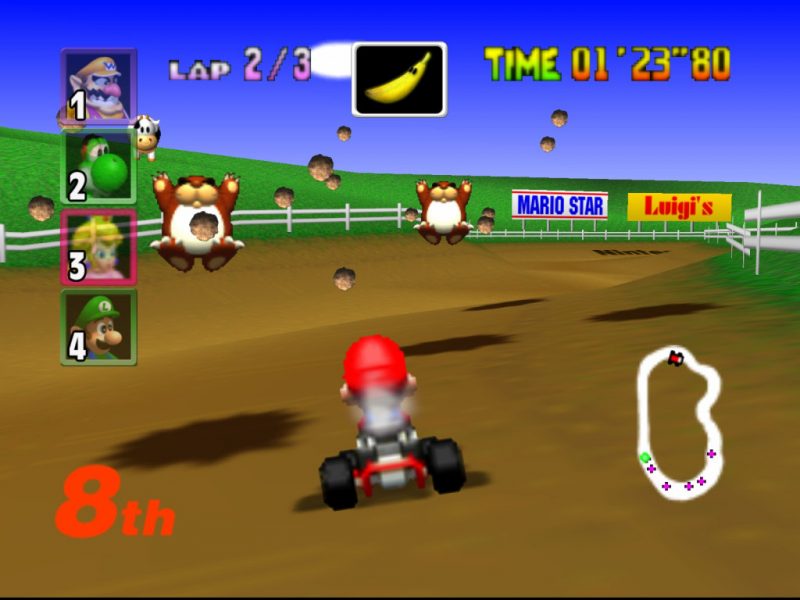 With ‘Super Mario Kart’ providing tough competition, it isn’t the most straightforward task in the world to include this in our list. However, it makes the cut for one overwhelming reason: multiplayer. The game’s single-player campaign is littered with tons of Nintendo’s characters, limitless power-ups that are all unique in their effect, and several tracks to race in. Its four-player multiplayer takes the game on a whole other level, with races taking place in racetracks styled as arenas. 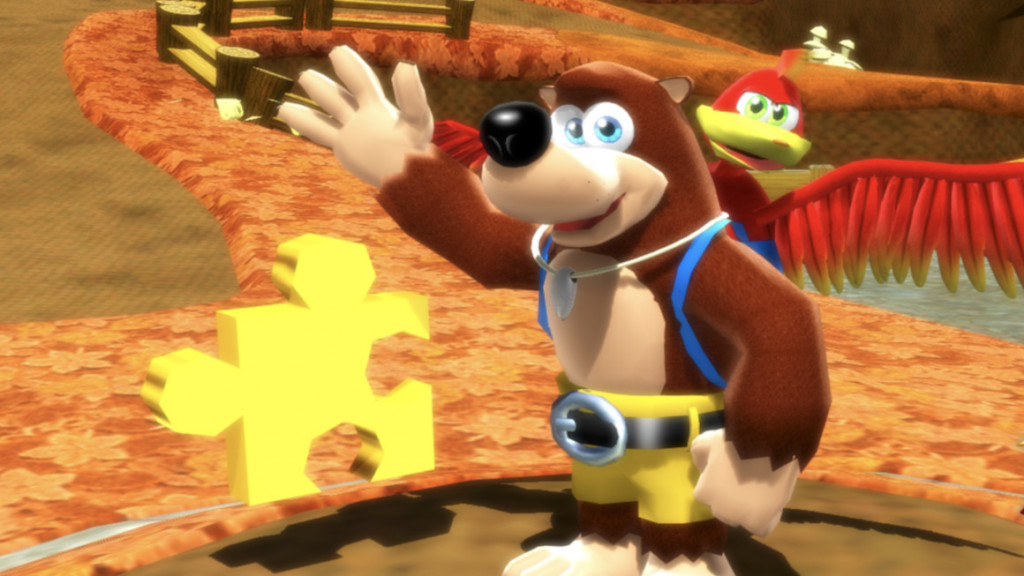 Developer Rare has had a remarkable legacy in the video game industry, and substantial credit should go to a little game called ‘Banjo-Kazooie.’ The game was a remarkable platformer influenced by the ‘Super Mario’ series, but which imparted its own wholly unique perspective to the genre. We follow the eponymous duo of the honey-loving bear and his avine companion in their crusade against the evil witch Gruntilda. The vibrant colour palette and the tight gameplay make this a classic. 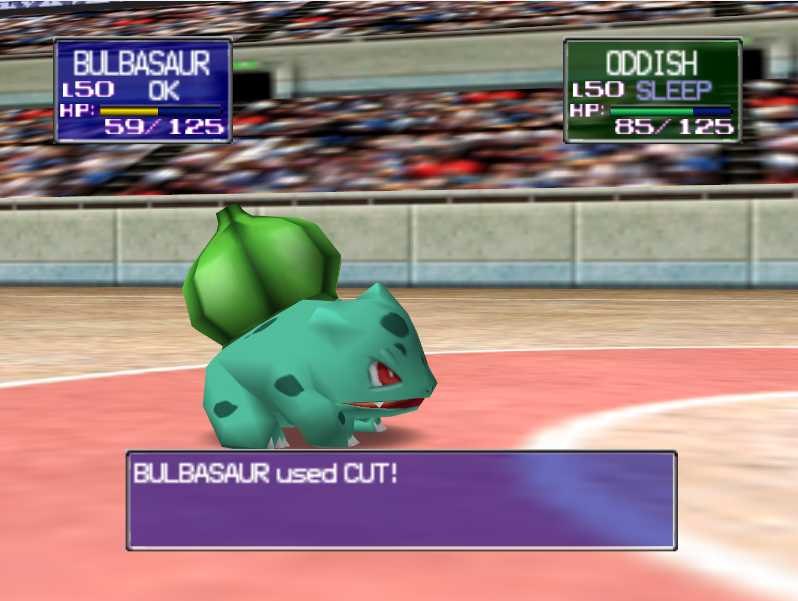 For Pokémon fans, ‘Pokémon Stadium’ was a big deal. One of Nintendo’s most prominent franchises reinvented itself spectacularly through this turn-based battle game. Players were finally able to battle with their Pokémon on the big screen, and by their Pokémon, we do mean their Pokémon. With the help of the Transfer Pak accessory, players could transfer their Pokémon from the GameBoy games ‘Pokémon Red,’ ‘Blue,’ and ‘Yellow’ to play in this game. With character models fully rendered in 3D, our beloved pocket monsters have never looked better. 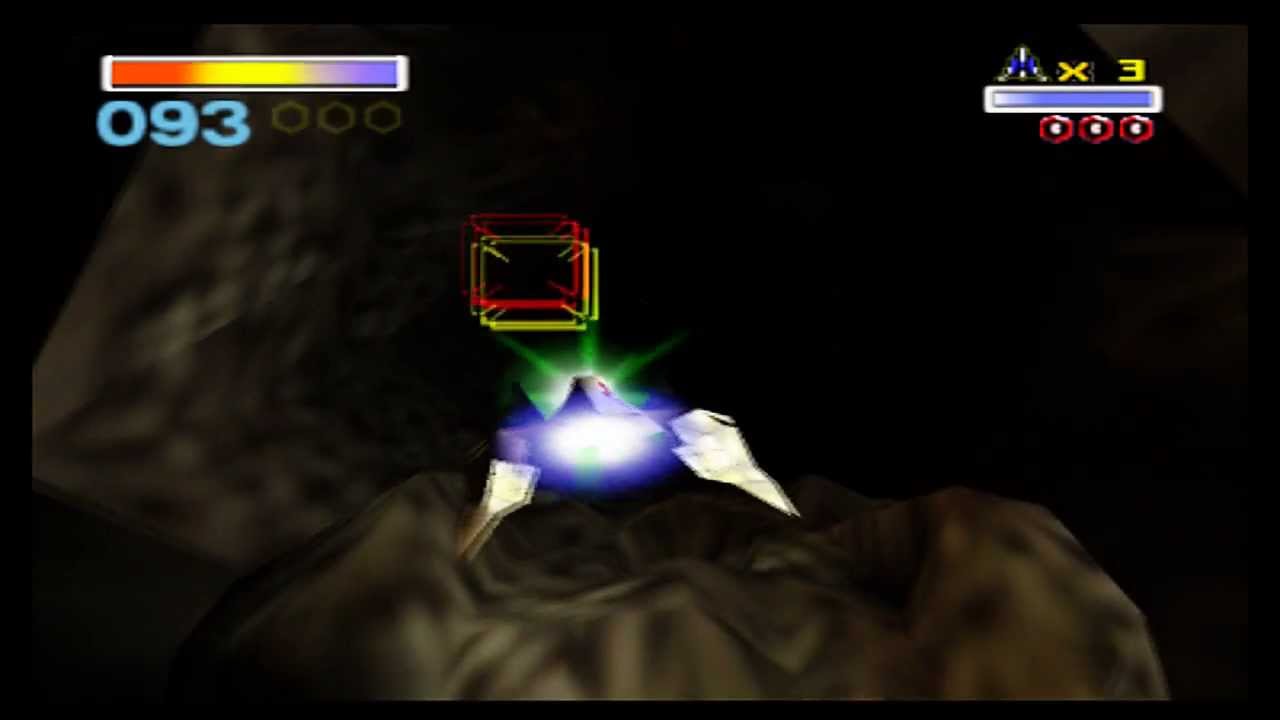 ‘Star Fox 64’ was the definitive flight simulator experience on the N64. It followed in the footsteps of its hilarious predecessor on the Super Nintendo Entertainment System (SNES). We play as Fox McCloud piloting his Arwing as he and his ragtag group of anthropomorphic critters attempt save the Lylat System from the evil scientist Andross. The controls were great, evident in the countless barrel rolls, and levels could be completed via multiple approaches. The characters were endearing as well, especially Fox with his acerbic wit and one of his allies, Falco Lombardi. The multiplayer mode was pretty great too, with deathmatches galore. 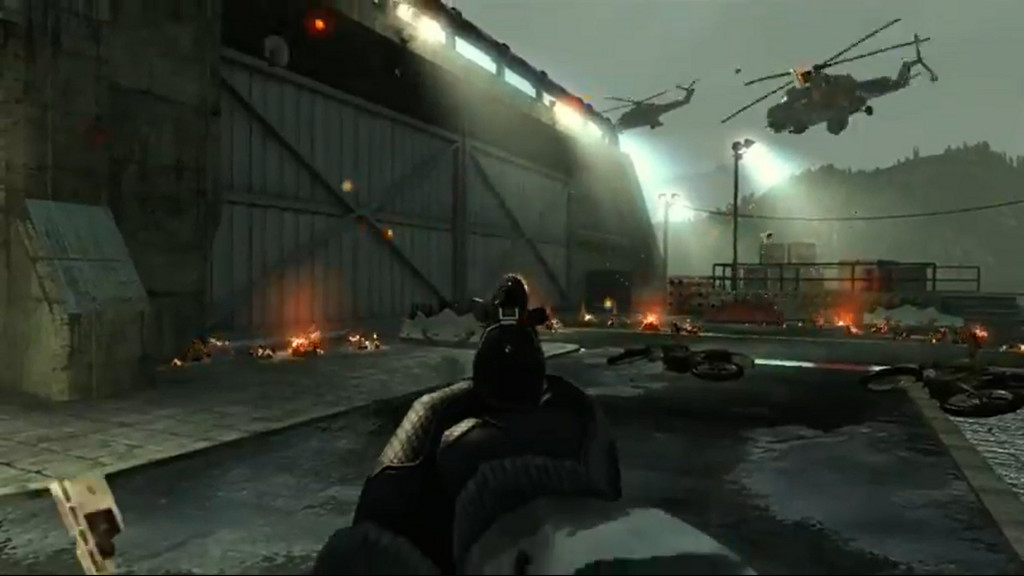 To say that ‘Goldeneye 007’ was a great game would be a gross understatement. The James Bond video game would change video games forever. Not only did it buck the trend of films spawning okay to poor video games, it had an engrossing story and unparalleled controls. The gameplay was realistic, and it introduced the multiplayer deathmatch on consoles. The very idea that we could play with our friends on consoles instead of battling it out with simple AI was propagated by this game. Truly a game-changer. 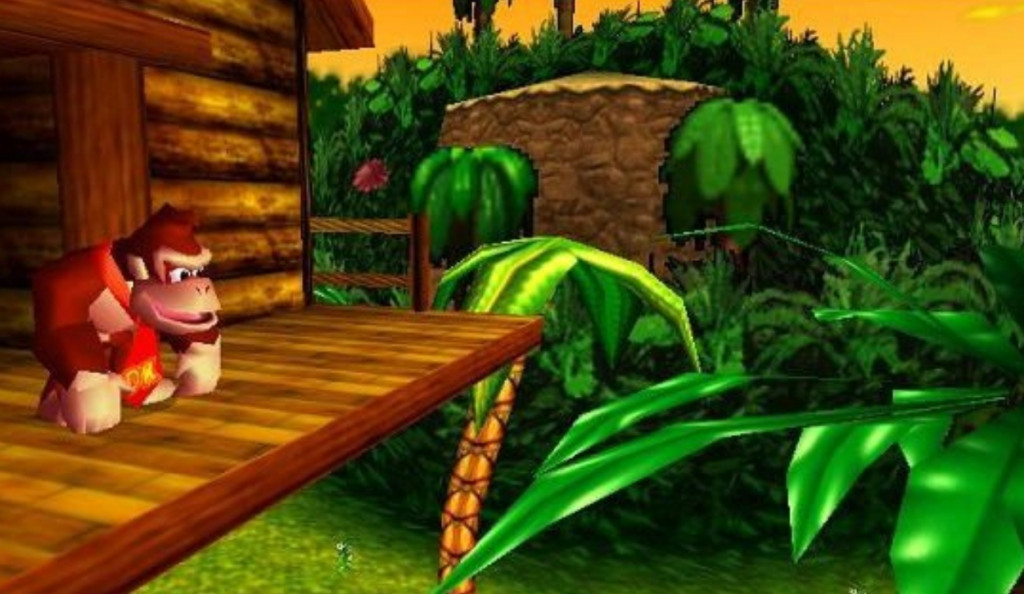 You’re on your beautiful island home, happy and satiated, when suddenly your arch enemy drops along and kidnaps five of your relatives! In ‘Donkey Kong 64’, our protagonist faces this exact dire situation, and it is upto us to help him reunite with his family and defeat King K. Rool in an adventure spanning across the DK Isles.

The game was immense, with a runtime of around 30 hours. The islands were diverse and looked magnificent, a perfect example of stellar level design. All the Kongs have different weapons and abilities too, so the focus on level exploration an backtracking to fulfil objectives was made even better. Astonishingly, it remains the only 3D ‘Donkey Kong’ game till date, despite its resounding success. Its high time the series got an update, and it need look no further than this gem for some much needed inspiration. 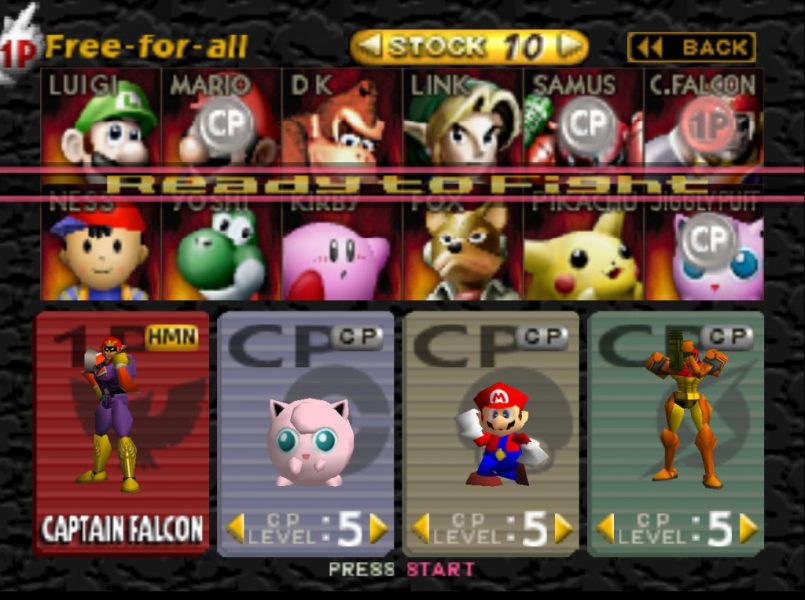 When Nintendo announced a fighting game that would pit all of its beloved mascots against each other, there was much disbelief. For starters, the company had never gotten into this particular genre. On top of that, these mascots were more directed towards children, so the prospect of them fighting each other wasn’t appealing to many quarters.

Then ‘Super Smash Bros.’ was released, replete with a who’s who of characters. From Link to Mario, Pikachu to Wario, all of Nintendo’s stars were present. The game was rock solid in its mechanics, that veered more towards juvenile fun rather than rash violence. The aesthetic was vibrant, and the feel of playing with so many of our beloved characters was unequalled. 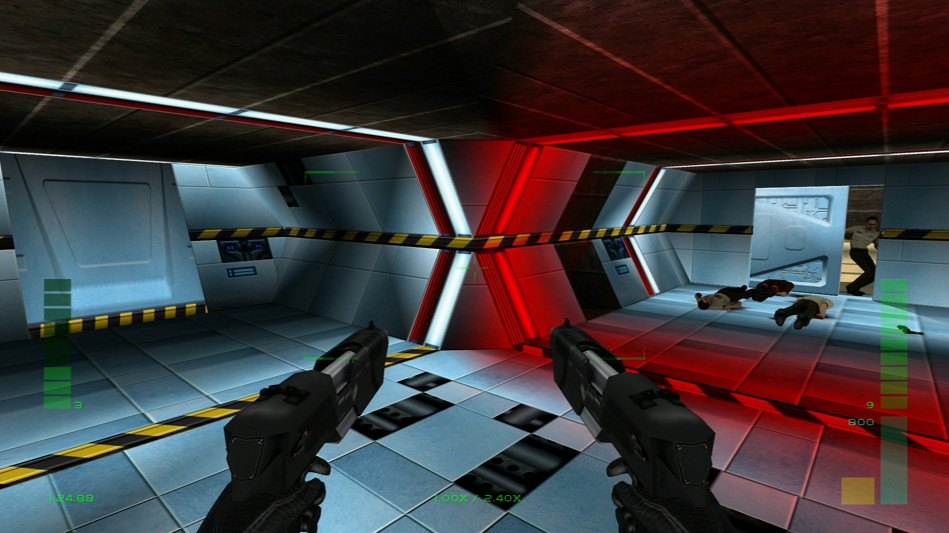 We have already talked about the immense significance of ‘Goldeneye 007’ in the gaming world. ‘Perfect Dark’ is a spiritual successor to that game. Rare had already established itself as a leading developer by this time, and this game only proved why it occupied such a premier position within the industry. ‘Perfect Dark’ followed Joanna Dark, an agent working for a research facility called the Carrington Institute. Her investigation leads her to a widespread conspiracy that includes spaceships and Scandinavians, and the story doesn’t let up for a single second.

The game used an Expansion Pak to include more detailed textures, weapons, and even the multiplayer deathmatch was great, with upto four players in split-screen mode, and the use of configurable bots called Simulants. ‘Perfect Dark’ is a perfect example of how to build upon a terrific predecessor and make your own mark. 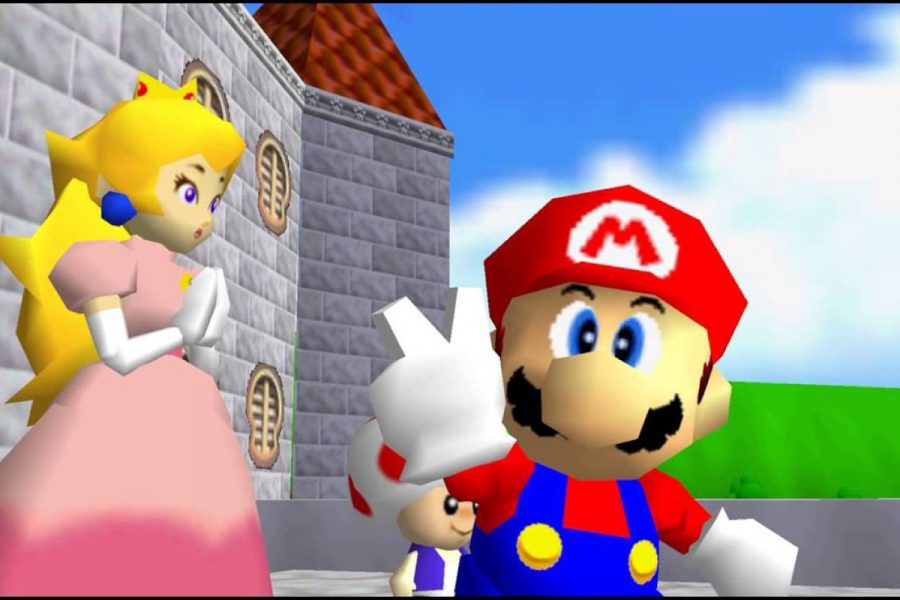 Very few games, if any, has had as spectacular a debut as ‘Super Mario 64’ did on June 23, 1996. It came out along with the N64 itself, and began a tradition for flagship games to be released alongside new consoles. The most recent example of this is of course, ‘The Legend of Zelda: Breath of the Wild’ with the Nintendo Switch.

‘Super Mario 64’ was the first game in the series to be rendered fully in 3D. Lead designer Shigeru Miyamoto and his team conceptualised a pathbreaking level design spanning across 15 gigantic levels of sheer platforming fun. The game was a huge leap from the existing technology, and the differences between this and previous games was nothing short of staggering. The innovative use of the joystick and camera angles was nothing short of extraordinary. To this day, games are influenced by ‘Super Mario 64’ and it will always remain one of the best and most crucial video games of all time. 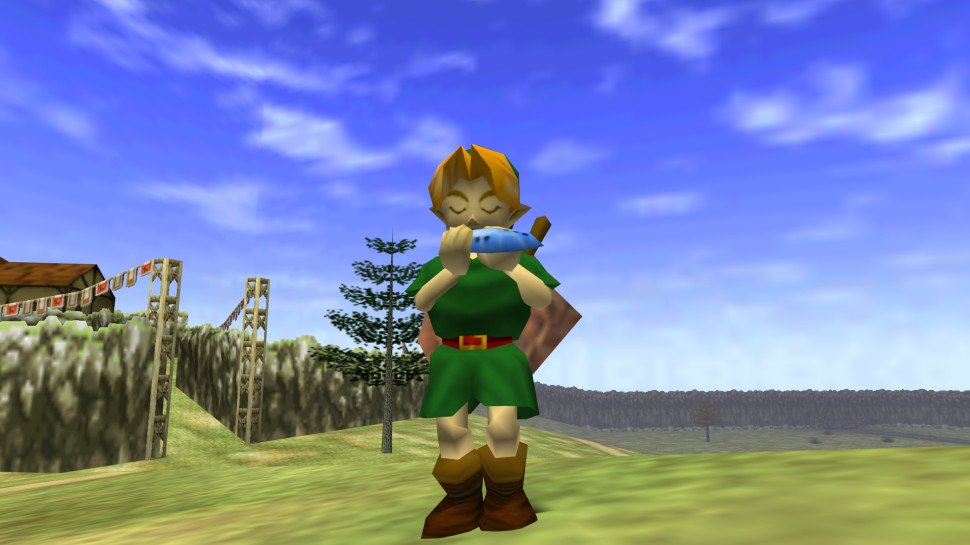 As a series, ‘The Legend of Zelda’ has constantly revamped itself, changed its seemingly core formula, and reinvented gaming as a medium and adventure as a genre to no end. ‘Ocarina of Time’ was the franchise’s first foray into 3D, and boy did it succeed. For ‘Zelda,’ it has always been more about the journey rather than the destination. This is apt both for the wonderful journey in the game, and the painstaking, dedicated one to make it.

A team of over 200 people at Nintendo EAD worked for the better part of three years to bring their vision to reality. The result was an emotionally charged adventure that ushered in new gameplay mechanics which would be widely adopted by the action-adventure genre, such as context-sensitive buttons. The story made us invested in Link as he grew from a child to an adult, learning magic, making friends, and even traversing through time. It has always been the journey for ‘The Legend of Zelda,’ not the destination. There’s no wonder, therefore, that ‘Ocarina of Time’ travelled such a fruitful path to being widely considered as the greatest video game of all time.