12 Best PSP Games of All Time 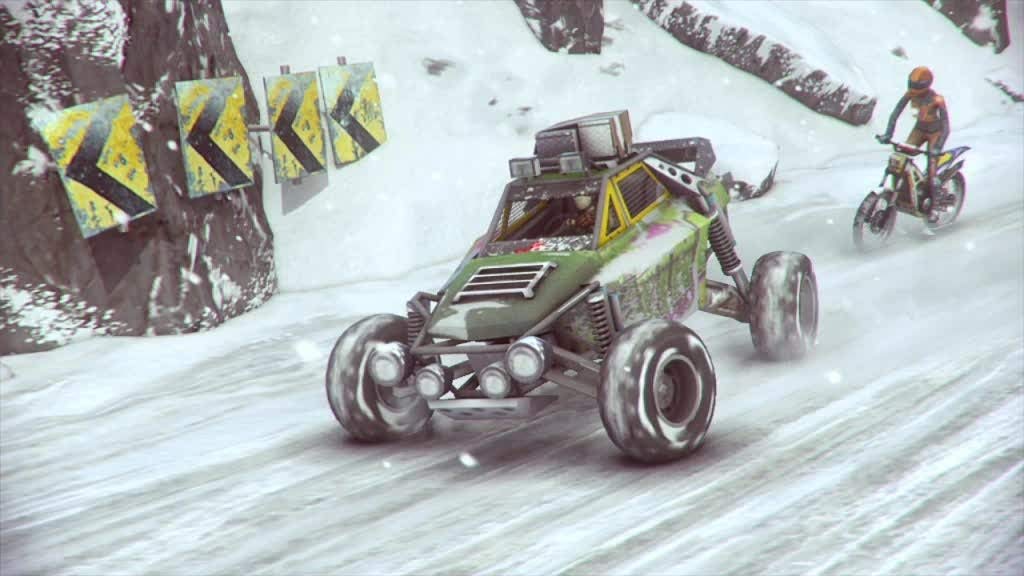 There is always a special charm with handheld gaming consoles, and Sony’s PlayStation Portable (PSP) brought it to the masses in a way that no other console did before that. While Nintendo’s GameBoy is the bona fide pioneer in handheld gaming, it was the PSP that catered to a far larger market, and cemented the notion that handheld gaming was a worthwhile venture. It spawned a newer form of games that lent itself to different techniques, styles, and mechanics used in gaming. The PSP housed an excellent media player, could read comics, and had an exceptional games library that spanned over 1300 games across a variety of genres. Without further ado, here is the list best PSP games ever. Some of these are PSP racing games, whereas others are PSP fighting games. 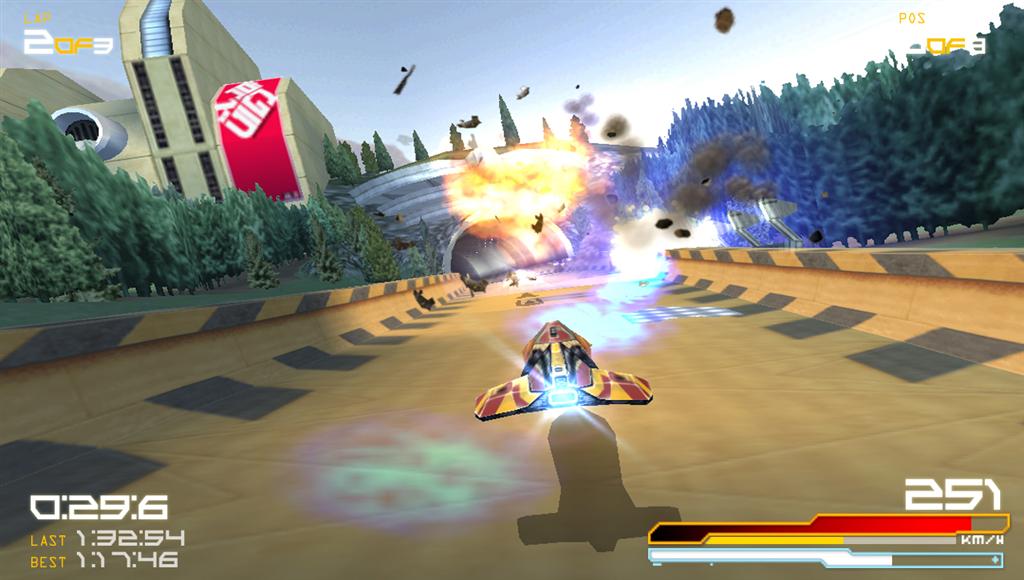 Racing games are an integral part of any games library, and the ‘Wipeout’ franchise has been an excellent example of both a great racing series as well as of reinventing the classic genre. With ‘Pure,’ the game furthers on the series’ distinctive futuristic anti-gravity ships that have unique features and are attached to particular teams as they race to the finish line. The game looks gorgeous, and its astute gameplay will keep drawing players in. 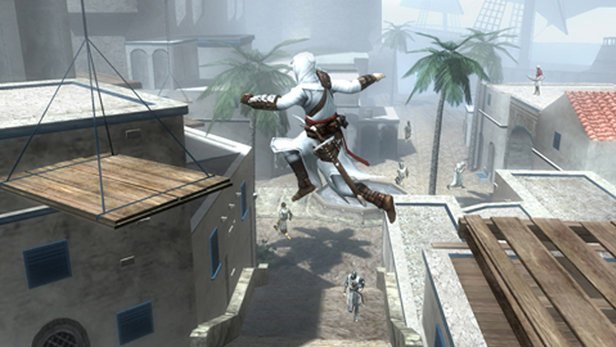 When a series as prominent as ‘Assassin’s Creed’ appears on the handheld, it makes a strong case for the viability of the platform as a whole. ‘Bloodlines’ had much of the same action and stealth mechanics as the first ‘Assassin’s Creed’, albeit in a toned down manner, owing to the controls and the system being a handheld one. Altaïr’s story continues in this game, as he pursues the remaining Templars to Cyprus. His relationship with Maria Thorpe serves as a high point of the game, and while ‘Bloodlines’ does have technical limitations, it appears on the list on account of being a fun approximation of a genuine AAA franchise that did wonders for the system in the long run. 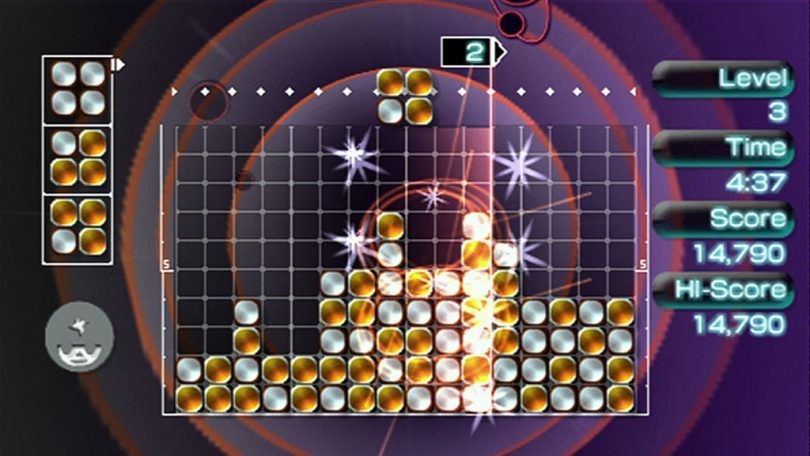 Whenever we think of handheld puzzle games, we invariably think of ‘Tetris.’ While that game deserves its reputation, its all-pervading quality has made it a bit hackneyed. ‘Lumines’ is an excellent game in a similar vein, but where it turns out to be different is quite significant. The game boasts of superior visual quality, with vivid, detailed colours in full flow and also had a wonderful soundtrack, that lent itself effortlessly to the feel of the game itself. Puzzle games rarely lose their appeal, and great puzzle games stand the test of time a little too well, as ‘Lumines’ ultimately proves. 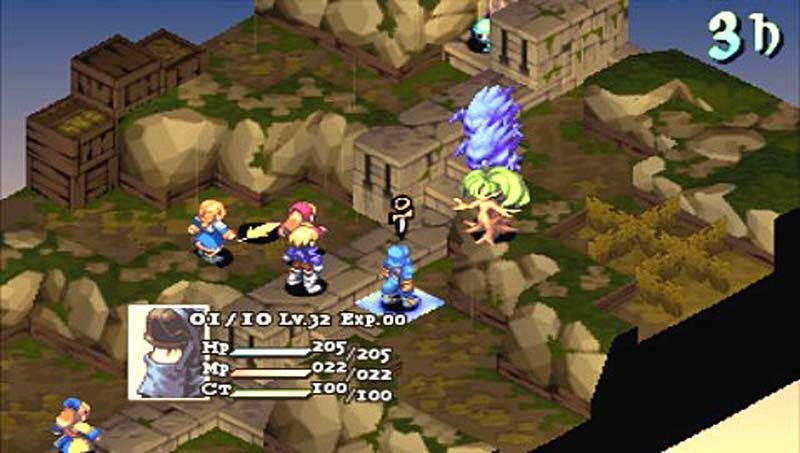 The famous role-playing game (RPG) series has seen several instalments, a fair amount of which have crossed genres and become extremely successful owing to the series’ focus on detailed worlds, sound gameplay mechanics and characters worthy of emotional investment. With ‘War of the Lions’, the series presents an impressive RPG with turn-based combat, and having a highly intriguing story. While this was a remake of a PlayStation game, it felt unique then, and amazingly, still comes across as such. Players can easily lose countless hours in this one. 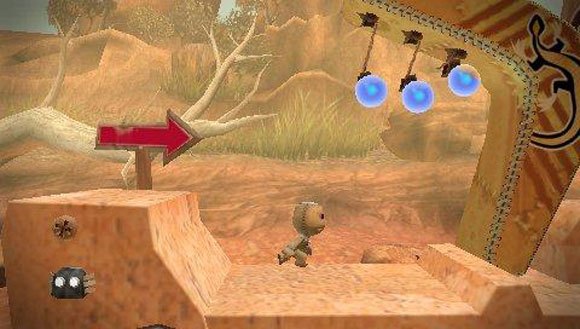 The ‘LittleBigPlanet’ series has long been one of Sony’s flagship series, and it made the jump from home console to portable really well through this one. To incorporate the exact gameplay as the original PS3 version was no mean feat, and although this game lagged a little behind in creating levels, it was nonetheless exceptional platforming fun, with our adorable protagonist Sackboy travelling through locations as diverse as Australia, Persia, and the Alps on a wonderful adventure. 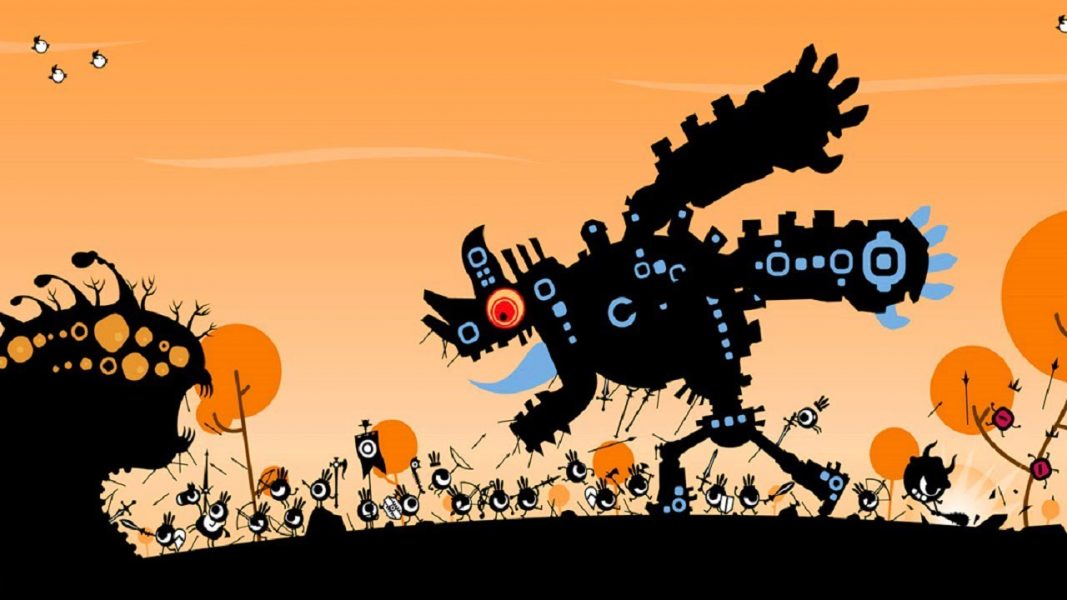 Arguably the most unique game on this list, ‘Patapon’ is an RPG that utilises the elements of music rhythm as well as strategy to terrific effect. Players are in control of a two-dimensional tribe of creatures who are experts at combining cuteness with ferocity and whom the game happens to call Patapons. The game ups the ante by demanding gamers to think more about their moves, as they move their tiny soldiers to the drumbeats to win battles. 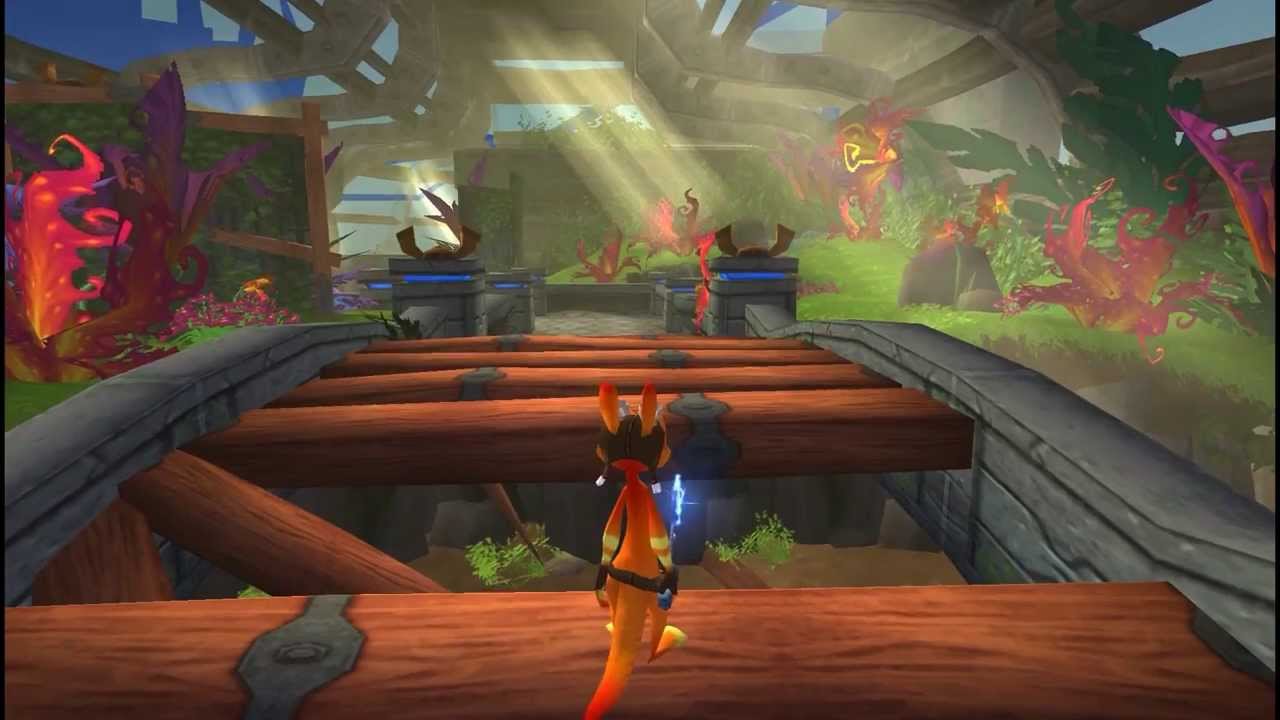 The Jak and Daxter games were among the very best that the PlayStation 2 had to offer. In fact, the first game, titled ’The Precursor Legacy,’ was one of the very first games on the legendary console, thereby cementing its place as one of its defining franchises. With ‘Daxter,’ the series aimed to offer much of the awesome platforming action that the main series was known for. The story takes place in the period between ‘Jak II’ and the aforementioned ‘The Precursor Legacy’ and follows Jak’s ‘ottsel’ sidekick as he works as an exterminator for Osmo, an old man, but then rescues his friend from the clutches of Kaeden, who works for Kor, the main antagonist. The result is a brilliant realisation of the vibrant, action-packed world of the games in our hands. 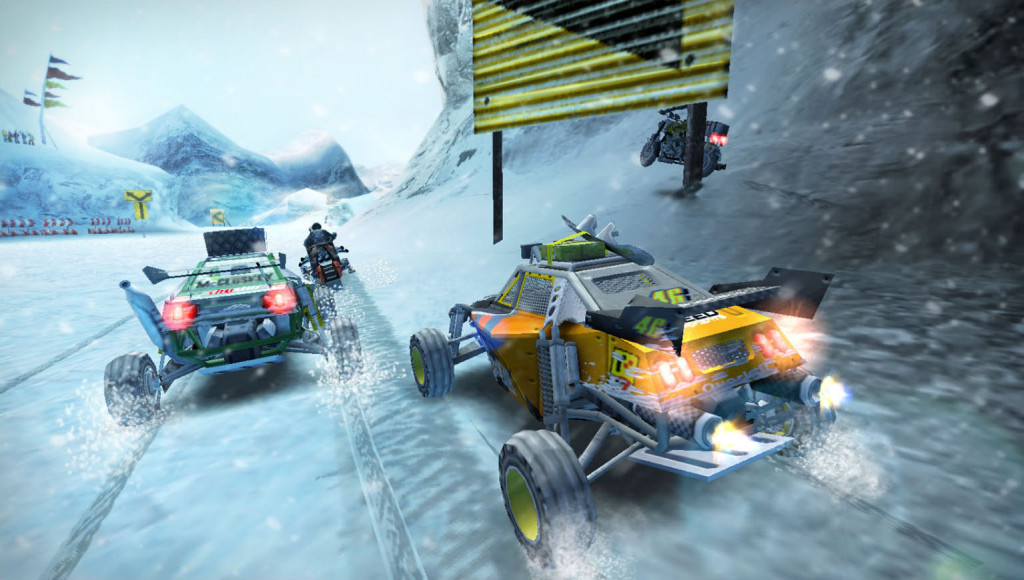 If the PSP, or handheld systems in general, have had any flaw, it would be how games usually lose some features from their home console counterparts when they arrive on these devices. This wasn’t the case with ‘MotorStorm: Arctic Edge’ which retained its exquisite visuals, multiplayer options, and its countless cars, motorbikes, trucks, sleds, and whatnot, complete with its distinct brand of chaotic, fun-filled racing. 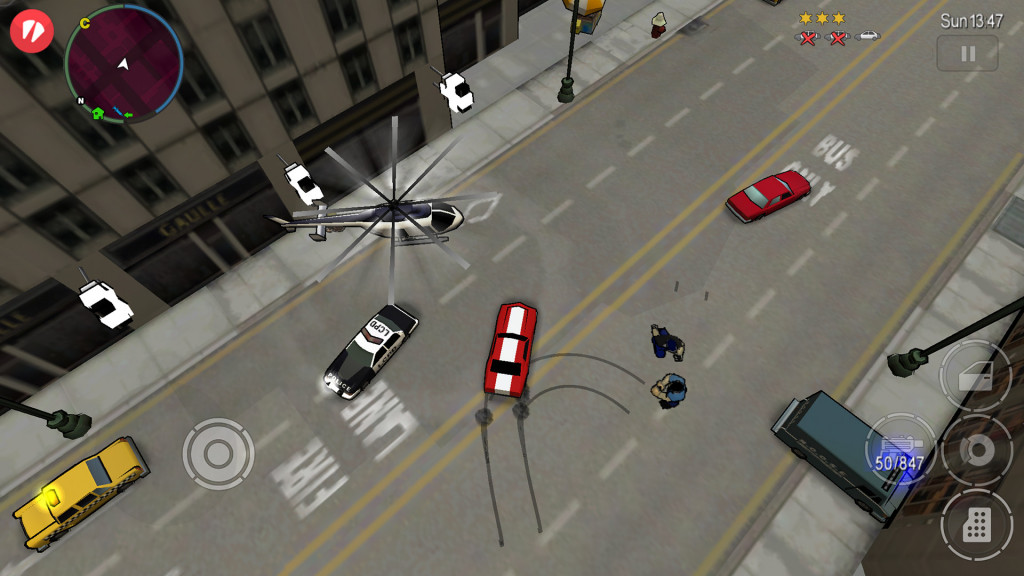 While ‘GTA: Chinatown Wars’ first released on the Nintendo DS, its best version remains on the PSP. Harkening back to the famed series’ top-down point of view, the game seamlessly combined the characteristic action, well-drawn characters, and biting satire of the culture that it depicted. Rockstar’s efforts have always been impressive, but where ‘Liberty City Stories’ and ‘Vice City Stories’ borrowed a lot from ‘GTA III’ and ‘Vice City’ respectively, ‘Chinatown Wars’ felt fresh and wholly original. It remains one of the best experiences on the handheld. 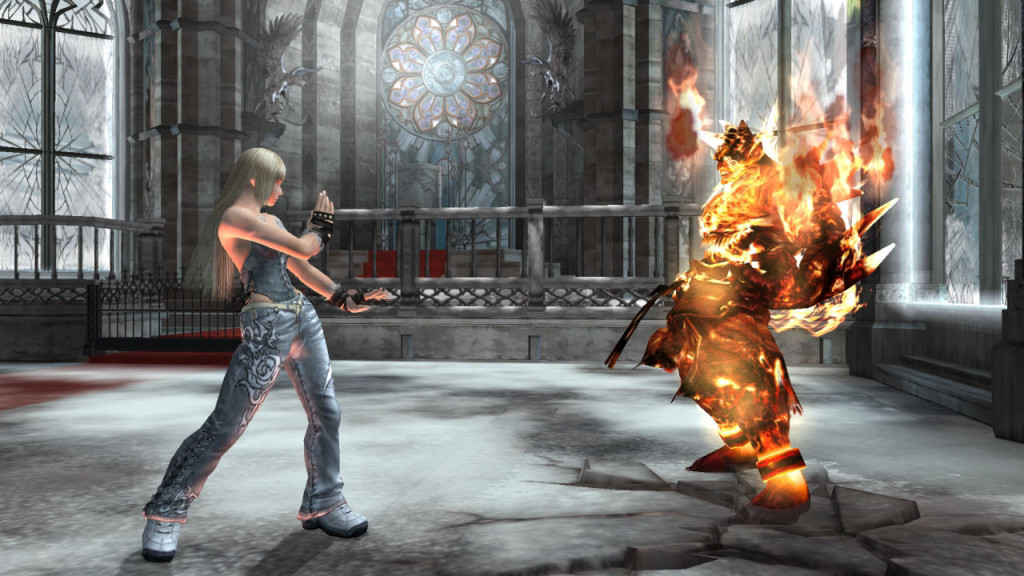 While ‘Tekken 5’ remains a solid fighting game, it is its sequel that not only earned plaudits but changed the face of portable fighting games. ‘Tekken: Dark Resurrection’ builds upon its predecessor’s excellent story with the addition of three characters: the vengeful Armor King II, the mercenary Sergei Dragunov, and Emilie de Rochefort, seeking the downfall of the Mishima Zaibatsu. The game’s exceptional fighting mechanics are exemplified by its never-ending combos and its full 60 frames-per-second rendering rate. This is one of the greatest fighting games of all time, regardless of platform, and is therefore a must-play. 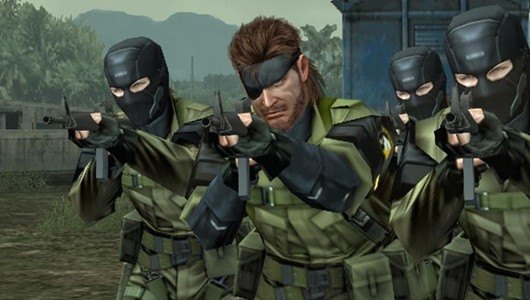 Almost everyone was surprised when Kojima Productions announced a brand new, original game, exclusively for the PSP. It was regarded as almost a coup for Sony to be able to persuade Hideo Kojima to create a game for the little handheld. However, it turned out to be the perfect opportunity for the developers to step slightly out of their comfort zone for delivering an excellent video game experience. It didn’t turn out to be excellent, it turned out to be exceptional. ‘Peace Walker’ burst onto the scene with excellent home console-quality graphics, a stunning storyline set in 1974 Costa Rica, and the excellent characters in Snake, Kazuhira Miller and Paz, among others. With a 30-hour campaign, and some of the best voice acting talent in David Hayter, Robin Atkin Downes, and Tara Strong, ‘Peace Walker’ is not only one of the best ‘Metal Gear’ games, it is also one of the most stunning games on the PSP. 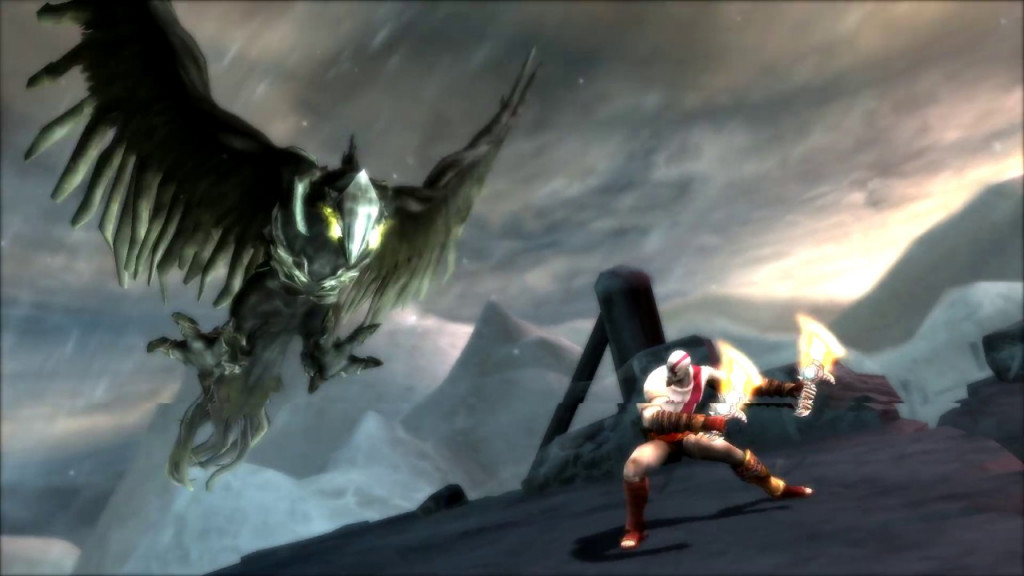 ‘God of War: Chains of Olympus’ befuddled critics and gamers alike for its astounding graphical fidelity, a lengthy main campaign set in sprawling ancient Greece, all in a handheld. With ‘Ghost of Sparta’, developers Santa Monica Studio and Ready at Dawn took it up a notch. It built upon its predecessor’s excellent gameplay, and augmented the combat system by adding 25% more gameplay. Our resident rampaging hero returns too of course, with Kratos on the search for his brother Deimos, who was once deemed dead, in the underworld. ‘Ghost of Sparta’ is one game that constantly makes you question whether you’re actually playing on just a handheld, and for that, it remains possibly the very best of the PSP, for any game that manages to bridge the gap between handhelds and home consoles is worthy of all the praise there is.