Hailing from South Africa, Charlize Theron has graced American lands with her exceptional talent and will to portray controversial or bold characters providing fuel to tons of Hollywood movies. Her transformation into the many colourful people she has played is uncanny, and I believe the only aspect of her’s matching this skillset is her beauty, which she has fearlessly displayed across a whole variety of movies – at times with grace, and at others with a charm of sexiness to it all.

The single-shot here focuses on Joaquin Pheonix and Theron, who kisses him from behind before taking a short moment off to remove her top, following which their kisses sprout into something more passionate, leading the two to gently fall over, presumably to make love. ‘The Yards’ is an interesting little political crime film, led by some of the most popular faces of the time, and, while flawed, it has a good enough story to keep it entertaining, though it does feel overlong to me.

In this rather short scene, Theron is seen lying on a bed, nude, with her back facing the camera. She poses with some care to aesthetics, which helps the camera feature a full body shot, broken by Tobey Maguire’s character, who enters the room and takes notice of the sleeping woman. After grabbing her attention, she turns around and the two have sex. ‘The Cider House Rules’ is a warm film slightly dented by the fact that way too much is happening, and not everything is dealt with equal and necessary weight. 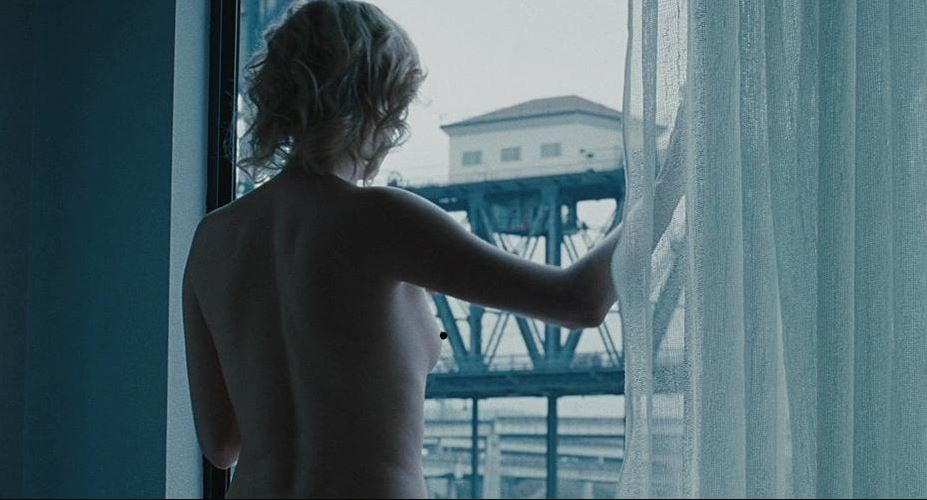 Though ‘The Burning Plain’ isn’t the best of films, there’s a lot to be loved here from a technical perspective. A very good looking, strange film, one of the picture’s many interesting moments comes in the form of a nude scene, in the aftermath of a couple having sex, when Theron’s character – the female counterpart – gets off the bed, completely naked, and walks over to the closed window, which she opens, allowing a family passing by to take notice of her unclothed form, making things awkward for them.

One of Charlize Theron’s sexiest scenes ever gives less prominence to her nude body and more to what she does with it. The eventual sex scene starts off with a shot of Theron holding a pencil in between her toes, as Javier Bardem’s character comes closer towards her, grabbing hold of her leg and starting up from there. The full body shots are all captured from top angles, and only switch to eye-level after the sex has been had. 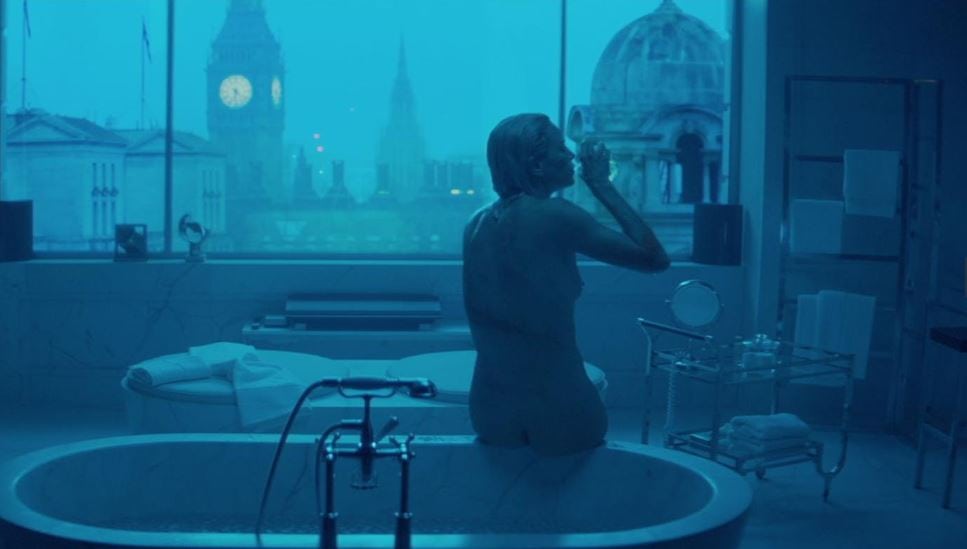 ‘Atomic Blonde’ has a variety of sexy scenes within it, shot with a beautiful, unique visual style. Not too concerned with nudity like many of our previous picks, this film finds a way to make Theron attractive with minimal outfits and clever camerawork. One particular scene has her get out of the bathtub and walk around the room while digging up several corners of the place in search of something. That’s my pick for this list, but other moments like when she tapes a microphone to herself are close contenders.

Charlize Theron plays what is probably her best role in ‘Monster’, a film about the dreaded female serial killer Aileen Wuornos. Though the scene considered here is quite bloody (and possibly disturbing), it’s performed with such passion that I can’t not include it on the list and give it a position this high. After cleaning herself of blood, Theron goes towards Christina Ricci’s character, and the two of them start having sex.

In one of the most iconic nude scenes ever filmed, Charlize Theron wears nothing but a hat and a tie. She lies with a man in a bathtub, and slowly moves over to him as they begin to kiss. I love this scene because of how well it sticks in my mind, mostly thanks to Theron, and then because of the simplicity with which it has been handled. ‘Head in the Clouds’ has many such sexy scenes within it, but I find something extra spicy about the fact that the two people involved here are halfway drenched in water, making the eventual lovemaking bit that much hotter.

Keanu Reeves and Theron truly get it on in this amazing sex scene that starts off with him ripping off her clothes and her licking him all over, following which they move their arrangement to the floor, at which point Reeves’ character begins to hallucinate, seeing his partner with different hair, turning him temporarily off at a couple points. The sex here is indescribable, there’s so much energy and the performances are both strong and passionate.

There are two great scenes in this film that fall under the criteria under consideration here. One has Theron in the swimming pool with a man as she slips out of her bikini and jumps onto him, while a surprised Ben Affleck watches on in secret. The other, which I’ve selected as the prime pick for this list, involves Affleck and her, as they quickly tear off their clothes to have wild sex on the bed, an activity that forces them to roll out halfway to take it further, and get things more exciting in terms of vigour.