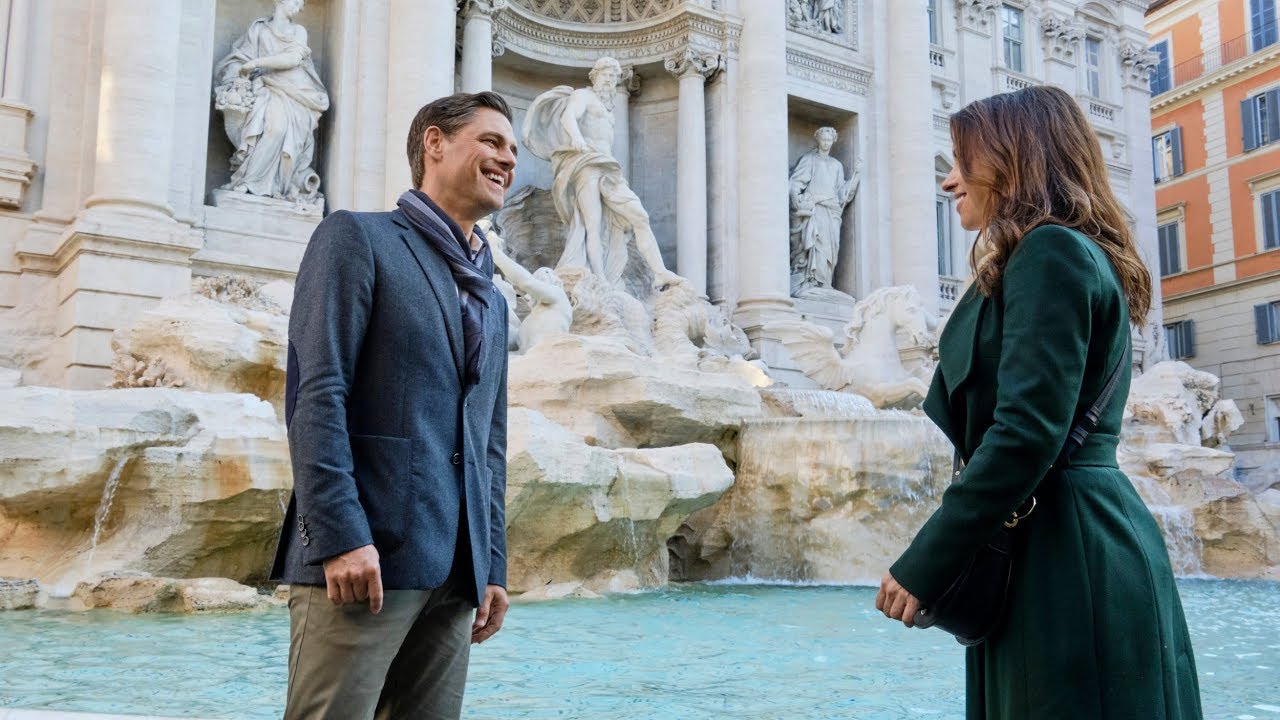 Christmas movies come in various forms: there are ones wherein skeptics end up kindling their holiday spirit. There are ones that are simply set around the time of Christmas. Then, there are movies like ‘Christmas in Rome’ which posit a stronger connection to the festival.

‘Christmas in Rome’ highlights how Rome was the place where Christmas was first celebrated. As a matter of fact, the first recorded celebration of Christmas did actually take place in Rome in the year 336.

The protagonist of the movie is Angela. A free-spirited American woman, she works as a tour guide in Rome. She is depicted having moved to the city after falling in love with it. Unfortunately, Angela gets fired from her job just before Christmas. In a magical turn of events, she crosses paths with a man named Oliver. An American executive, Oliver wants to buy an Italian ceramics company.

However, Oliver will not be able to buy the company before he learns the “heart and soul of Rome,'” on the behest of the ceramics firm’s owner. Hence, Oliver requests Angela to be his tour guide and the two discover the Italian capital on a scooter.

The title of the Hallmark movie makes it pretty clear where ‘Christmas in Rome’ is set. The city of Rome does not just function as a setting for the movie, limited to providing picturesque backdrops. Instead, the city acts as a living, breathing character, impacting the plot significantly. Hence, it is natural for viewers to wonder whether ‘Christmas in Rome’ was actually filmed in Rome.

Yes, the cast and crew of ‘Christmas in Rome’ actually traveled to Rome to shoot the movie. This is how it manages to portray its titular setting effectively and authentically. The historically significant Italian capital would have been tough to replicate if the movie did not incorporate at least a few shots that were actually filmed in Rome. That being said, a large part of the movie is NOT filmed in Rome. Exterior, establishing shots are filmed here along with a handful of other scenes.

Speaking of Hallmark filming, Lacey Chabert's latest, CHRISTMAS IN ROME, is shooting now in Europe. The filming will be split with most of the movie shot in Buchaest, Romania, and some exteriors actually shot in Rome. Her co-star is Sam Page (Mad Men, Royal New Year's Eve). pic.twitter.com/n4YG2granm

A large part of ‘Christmas in Rome’ is filmed in Bucharest, the capital of Romania. That may be disappointing to hear but it must be kept in mind that several exterior shots were actually filmed in Rome. Hence, the filmmakers aren’t really misleading viewers.

Christmas in Rome Cast: Who is in it?

Lacey Chabert leads the cast of ‘Christmas in Rome.’ She plays the character of Angela, an American tour guide in Rome who gets fired from her job before Christmas. Chabert is a multi-talented artist who can also sing. She voices the character of Meg from ‘Family Guy’ for the first season and has starred in movies such as ‘Mean Girls’ and 2006’s ‘Black Christmas.’ She has appeared in a total of 18 Hallmark movies!

Sam Page stars opposite Chabert in ‘Christmas in Rome’ and plays the role of Oliver, an American executive. Page boasts of an impressive resume, having appeared in several popular television series like ‘Mad Men,’ ‘Unbreakable Kimmy Schmidt,‘ ‘Gossip Girl’ and ‘Scandal.’ He has also appeared in several other Hallmark movies like ‘My One and Only.’