Dated & Related Season 1: Where is the Cast Now? 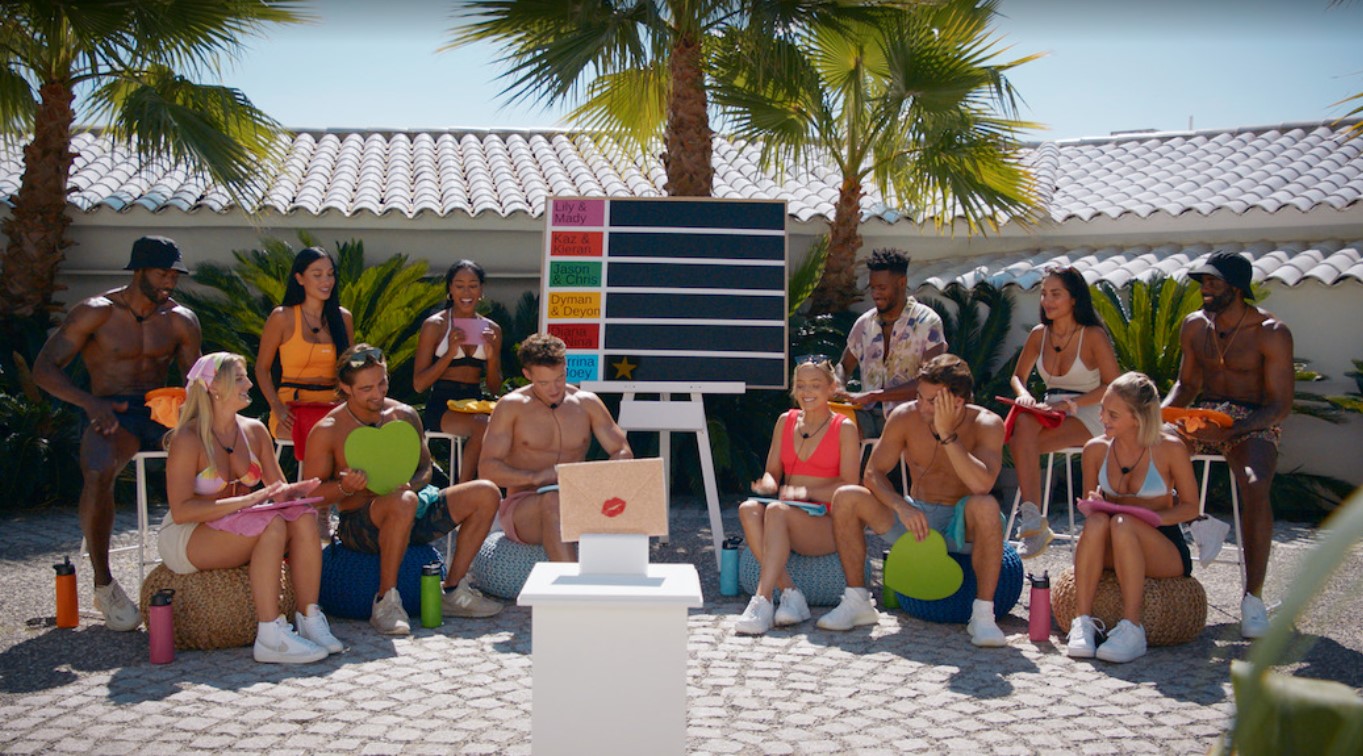 Netflix’s ‘Dated & Related’ is a unique dating reality series that houses its participants in a luxurious villa so that they may find a romantic partner. However, each cast member has a sibling who has joined them in the journey to find love. As the events unfold, the competitors must find their special someone and help their brother, sister, or cousin, do the same. At the end of the season, the duo with the strongest bond gets to take home $100,000.

Though the show’s concept may seem odd to some, the show is quite entertaining, thanks to the love, drama, and heartbreak that follows the cast members. With the cameras switched off now, fans are curious to know what the faces featured in the premiere season are up to. If you, too, are eager to learn about the same, we are here with all the answers you need!

Where Are Joey And Corrina Roppo Now?

As of writing, Joey and Corrina Roppo seem to be making impressive strides in their respective fields. Before her time on the Netflix show, Corrina worked as a musician and instructor in Seattle, Washington. She and Joey have recently moved to Los Angeles, California, to explore their career options. There is a high chance that the duo might work alongside some of their friends from ‘Dated & Related’ season 1.

After the show, Corrina and Joey worked on a musical album most likely to be released sometime in Fall 2022. The latter often posts videos featuring himself and his sister on TikTok and Instagram; the Roppo siblings seem to be having a good time and are not in any romantic relationships.

Where Are Kaz And Kieran Bishop Now?

Kaz and Kieran Bishop were among the top sibling pairs in ‘Dated & Related’ season 1. In the finale, it was revealed that Kaz was dating Diana Parsijani and Kieran was in a relationship with Alara Taneri. The current status of the two relationships seems to be under wraps, and the London-based siblings seem to be enjoying their lives with friends and other close ones.

The Bishop brothers often feature in each other’s social media posts, and their bond seems to be strong as ever. Kaz works as a firefighter, whereas Kieran is a banking consultant. Nevertheless, the two seem to be on their way to becoming a part of the entertainment industry. In fact, ‘Dated & Related’ is not their first show as they were also a part of ‘Celebs Go Dating: The Mansion.’

Where Are Lily And Mady Bajor Now?

Hailing from Houston, Texas, Lily and Mady Bajor’s presence in ‘Dated & Related’ was short yet impactful. Presently, the two sisters are eager to make their way into the entertainment industry. Lily is quite interested in music and even has an Instagram page dedicated to her work in the field, while Mady is an active presence on OnlyFans, which offers exclusive content from the reality TV star. The Bajor sisters have maintained a strong bond and even have a joint Instagram page. They seem fond of traveling, with Lily recently enjoying the charms of Ibiza, Spain.

Where Are Deyon And Dyman Miller Now?

The sibling pair of Deyon and Dyman Miller captured the viewers’ attention with their unique personalities and charm. Given the numerous twins in ‘Dated & Related’ season 1, you might be surprised to know that Deyon has a twin named Dean, who is a director and an editor.

Deyon’s last official job title was that of a Human Resources Staffing Manager at Randstad USA, where he stopped working in September 2021. Since then, the Miller brother seems to be traveling and working as a model while living in Orlando. On the other hand, his sister, Dyman, is a Digital Content Creator based in Miami with a significant following on TikTok.

Where Are Chris Hahn And Jason Cohen Now?

A post shared by Jason Cohen and Chris Hahn (@thecohahns)

Originally from New Jersey, Chris Hahn and Jason Cohen are currently based in Los Angeles. The two cousins are making impressive strides within the entertainment industry, though Jason is focused on bodybuilding. In fact, he has a separate Instagram page dedicated to fitness-related content and a YouTube channel to post videos about personal events.

In July 2022, the two boys decided to embark on a 3-month trip to Europe and started a new Vlog channel to document the same. The said vacation does not seem to have commenced, and the channel has been used to share updates regarding the cousins’ lives, including their meet-up with fellow cast members like Corrina and Joey Roppo.

Where Are Diana And Nina Parsijani Now? 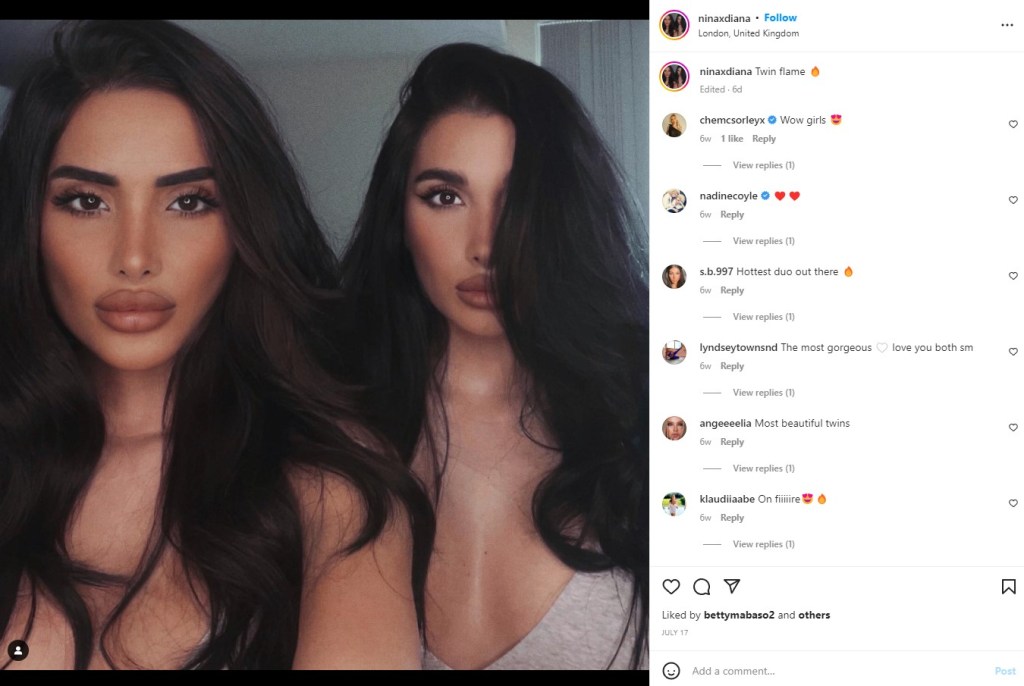 Twins Diana and Nina Parsijani deeply impacted their fellow cast members and viewers since their first appearance in ‘Dated & Related’ season 1. The jewelry specialists from London are of Norwegian-Iranian descent and share a strong bond. Both were part of the final three pairs- Diana was with Kaz Bishop, and Nina partnered with Daniel Perfetto. The Parsijani sisters share an Instagram page that has an impressive fan following, but presently, the status of their relationships that were forged in the Netflix show has not been revealed.

Where Are Daniel And Julia Perfetto Now?

Canadian siblings Daniel And Julia Perfetto garnered quite a fan following thanks to their performance in ‘Dated & Related’ season 1. Daniel was one of the final contestants left in the show, thanks to his relationship with Nina Parsijani. Though he has not shared much about his personal life on social media, his love for bodybuilding and fitness is quite evident.

Julia is a Certified Personal Trainer who provides online training to those looking forward to getting fit. She is also the mind behind ‘Perfetto Peach | 12-Week Gym Guide,’ ‘Healthy Eats | Recipe Book’ and ‘Summer Shred | 6-Week At-Home Guide.’ Those interested can buy said guides from Julia’s online portal. In addition, the Perfetto sister is affiliated with brands like TLF Apparel, Echt Apparel, and The Giving Movement. In short, there is nothing Julia likes more than mixing her love for fashion and fitness together. At present, she likely resides in Los Angeles.

Where Are Ceylan And Alara Taneri Now?

The brother and sister duo of Ceylan And Alara Taneri from Cyprus was hard to miss during their time in ‘Dated & Related season 1. Currently, Alara works as a Fashion Designer and often models clothes and accessories for her social media followers. She has an Instagram page dedicated to her work as an apparel designer. At the end of the first installment of the Netflix show, we saw Alara paired up with Kieran Bishop, yet the present status of their relationship seems to be under wraps.

On the other hand, Ceylan multitasks as a footballer, YouTuber, and Twitch streamer, yet he does not seem to have posted any content on the latter two platforms. The fashion-forward reality star is a Cyprus Turkish Football Association member and part of the Yeşiltepe Ilgaz SD club.

Where Are Henry And William Wade Now?

Identical twins Henry and William Wade from London were among the most significant sibling pairs in ‘Dated & Related’ season 1. The two have an impressive following on their personal social media accounts and their shared pages. Besides, they are affiliated with 84 World, a talent management organization; thanks to their work, the Wades have had the opportunity to promote brands like Tommy Hilfiger. Recently, the twins had the chance to be the presenters of Dream Valley Festival 2022 and even interviewed actor Idris Elba.

Where Are Rachel And Andy Foster Now?

The Irish siblings Rachel And Andy Foster left quite an impact on the viewers with their presence in ‘Dated & Related’ season 1. Andy is a Quantity Surveyor and a Personal Trainer with a keen interest in traveling, bodybuilding, and partying. Moreover, he is enjoying life with his friends and is reportedly still single. His sister Rachel also seems to be a fan of traveling and has a staggering social media following. She uses her fame to promote different businesses and is partnered with Grail Management, a support company for digital creators.