Do Gabi, Charly, Ibón, and África Die in Welcome to Eden? 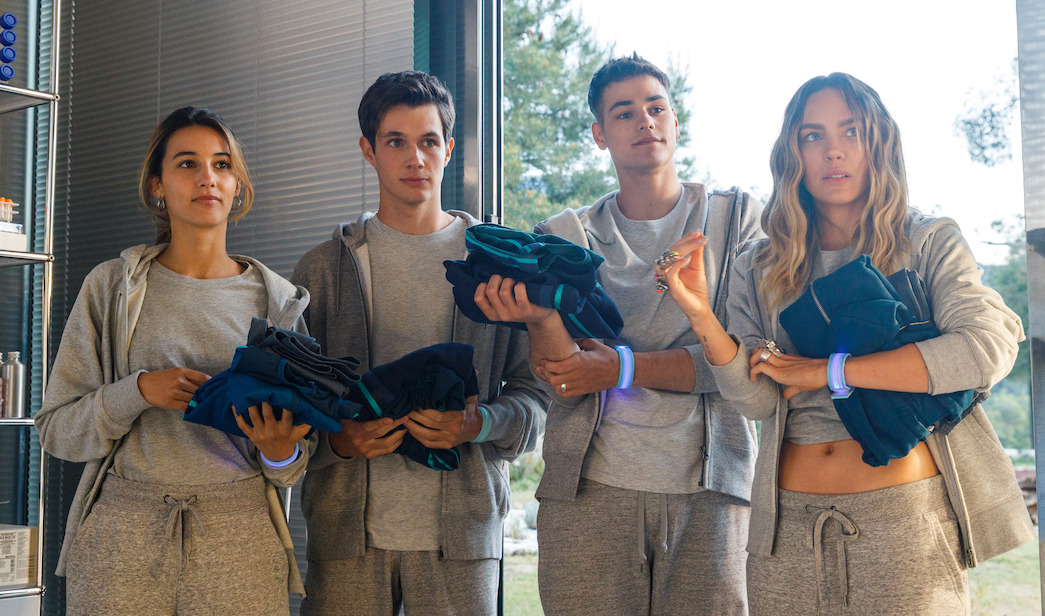 Netflix’s thriller-drama series ‘Welcome to Eden’ has an ensemble cast and uses it to tell a convincing story. While Zoa serves as the audience surrogate, other characters are equally important to the narrative. Zoa’s sister, Gabi (Berta Castañé), is one of them. After realizing that her sister has been gone for an unusually long time, Gabi begins looking for her. Charly, Ibón and África are also important. They arrive on the island along with Zoa and soon discover that they are in the clutches of a deadly cult. If you are wondering whether the four of them survive in the first season of ‘Welcome to Eden,’ we got you covered. SPOILERS AHEAD.

No, Gabi doesn’t die in the first season of ‘Welcome to Eden.’ With their mother being an addict and their father being busy with work all the time, Zoa has had to take all the responsibilities of raising her sister. When she goes missing for an extended period, Gabi becomes concerned. Although she receives a message from what is supposed to be her sister’s phone, she isn’t convinced. And the audience knows that she is right to question the message as it was sent by Mayka, the tech expert at Eden. She asks her mother for help, who seems more concerned about spending Gabi’s father’s money and buying drugs. However, she does help Gabi get in contact with her police officer boyfriend.

Gabi eventually learns about Eden from David, a young man who met Zoa on the island. She changes her appearance to look more like her sister and logs onto social media under a false name: Molly. She fabricates a life for that character, which eventually draws Mayka’s attention. The season ends with Zoa spotting Gabi as the latter disembark from the boat. The irony is that her sister was close to leaving the island before catching glimpses of her. If Gabi had waited a little longer, she would have been reunited with her sister in the safety of her home.

No, Charly doesn’t die in the first season of ‘Welcome to Eden.’ Like everyone else among the newcomers, Charly is estranged from his family. When he was younger, his younger sister drowned while she was swimming with him. His mother has since blamed him for the tragedy. Astrid, the leader of Eden, exploits this in her effort to recruit him. Charly, like almost all other newcomers, doesn’t realize the cult’s malicious intent until it’s almost too late. Only Aldo is suspicious from the beginning and is killed while trying to escape from the island.

Charly grows close to Mayka, one of the most devoted followers of Astrid. On the day when a new batch of directionless young people arrives on the island, Charly successfully swims through the hollow inside of the island and reaches the boat. Mayka spots him through her drone but decides to let him go. And that’s where the season ends.

No, Ibón doesn’t die in the first season of ‘Welcome to Eden.’ He was born into a wealthy family. When he was younger, he loved playing the piano, but his father wanted him to follow in his footsteps and take over the family business. So, he beat Ibón to force him to give up music. At Eden, Ibón seemingly finds love (with Alma) and acceptance. Even after learning the truth about the place and that Astrid instructed Alma to seduce him, he refuses to leave and go back to his father. However, he still saves Zoa’s life by killing Ulises. Unbeknownst to Ibón, his father has hired a private investigator to find him.

No, África doesn’t die in the first season of ‘Welcome to Eden.’ She is an influencer with millions of followers, but she is incredibly lonely. And that is what Astrid exploits. She makes Erick, her partner, África’s link. However, Astrid later becomes jealous when Erick proves to be too good at his job. On Erick’s insistence, Astrid allows África to organize an event, but it gets hijacked by her detractors.

In the season finale, while looking for Erick in the home he shares with Astrid, África ends up in a secret room behind a replica of the painting Landscape with Charon Crossing the Styx by Joachim Patinir. The room seems to house a supercomputer. On a screen, África presses a button that says “Open.” Suddenly, the door to the secret room closes. As the season ends, an A.I. voice begins repeatedly saying, “Sending signal to outer space, waiting for response.”